WELL, I finally put my money where my mouth is. I found the perfect Land Rover Series III the other day on Gumtree – restored, neat body, hardly any rust, immaculate interior, a load of accessories and my favourite light green with white roof. I contacted the vendor and organised a time to inspect said vehicle, which was precisely 100km from my place according to Google Maps.

Despite having three days’ notice, when I arrived to have a look the vendor was milling around the front of the Landy trying to refit the battery, which he’d earlier had on the charger. Once the battery was back in situ and the cables were attached, he tried to fire up the engine, which he said hadn’t been started for five months or so. After turning over a couple of times the little 2.25-litre four came to life, with barely a puff of smoke from the tailpipe; so far so good. Then it stopped.

At this point the vendor told me he probably should have put fuel in the Landy the previous day… but he hadn’t. He then headed off to the servo with a jerry can and didn’t return until about 30 minutes later. 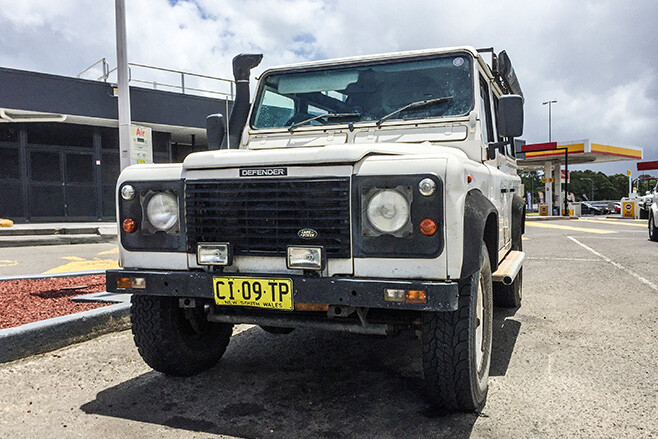 The vendor fired up the Landy again and I jumped in the passenger seat for our first lap around the block. To show me how effective the brakes were he slammed them on as we exited his driveway, and my head almost went through the windscreen. I suggested a little warning might have been nice.

I jumped behind the wheel for our second lap and was pleasantly surprised by how well the little Landy handled and rode; it was certainly much better than my old Series IIA. When we returned I put an offer on the table, telling the vendor precisely what I though the car was worth. Despite his Gumtree advertisement stating the price as “negotiable”, no negotiating took place; he simply refused my offer and bade me farewell.

As I drove away I started to wonder if I’d let a good Landy get away, but then I reminded myself that the apparently ‘non-negotiable’ price was simply too high. I would keep looking. I had a change of heart when I again started perusing Gumtree a few days later. No, I didn’t go back and buy the ‘non-negotiable’ Series III; I spotted a 1994 Defender 110 Wagon up on the Sunshine Coast with a price tag that seemed too good to be true. I called the vendor, was assured that the Defender “drove beautifully” and arranged to meet at Sunshine Coast Airport at 11.05am the following day.

I live in Wollongong, so my day began at 6am when a mate kindly gave me a lift to the train station. I arrived at Sydney airport with an hour or so to spare before my flight to Queensland was due to depart, so I found a little café that did a wicked bacon and egg brekky and a decent coffee. Despite its reputation, the Jetstar team almost managed to get the flight off the ground as scheduled, and we were only about 10 minutes behind when we landed on the Sunshine Coast.

Now, whenever I put a car on the market I make sure it’s as clean as it possibly can be. You know – washed, polished, vacuumed and smelling fresh. While I never expected a cheap and well-used ’94 Landy to present very well, I at least thought it might have been subjected to a quick tidy up, but no, not this one. In fact, it was a bloody mess. 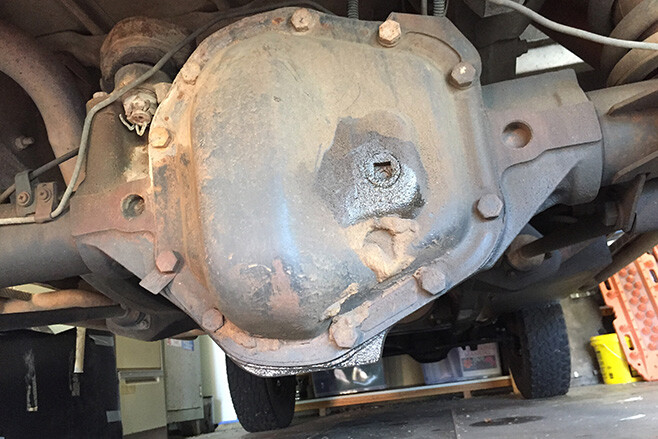 I had a look around and could immediately see the thing was leaking oil from all seals and orifices, but hey, that’s just a Landy thing, right? I could see there was some rust in the lower door frames, but nothing that couldn’t be fixed. I took it for a drive and, while I had concerns about a clunk in the driveline and a wobble in the steering, I thought these too were solvable problems. After all, this thing was a steal at $10K. Streuth, it even had air conditioning, front and rear ARB Air Lockers, a dual battery system, a roof rack and an Ironman 4x4 awning. The vendor was also chucking in a Bahco toolkit, an inverter, a battery charger, a pair of MaxTrax, a high-lift jack and a few other extras.

For better or worse I did the deal and began the 1200km drive back to the ’Gong. And a fantastic drive it was! I stopped at the nearest servo to check fluids and tyre pressures, and it was here that I noticed each wheel was shod with a different brand of tyre, even the spare! The steering wobble was bad at 90km/h but settled down at 100. The window washer came on but wouldn’t switch off until the reservoir was almost empty. And on a couple of occasions the throttle jammed when I floored it to climb steep hills. But I loved every minute of it.

I made it home by 2.30am and the Defender immediately marked its territory on the driveway. Yep, I’ve got plenty of work in front of me, but I’m pretty damn happy about it.