The Vic High Country is haunted by strange disappearances, both old and new.

AS Australia moves into some form of ‘COVID normal’ and the Victorian High Country is open again, some adventurous travellers, four-wheelers and campers heading to the mountains may find a bit more than they bargained for ...

It’s been more than seven months since Russell Hill left his Drouin home and Carol Clay her Pakenham abode to go camping in the Wonnangatta Valley. This ‘Hidden Valley of the Alps’ is one of the most iconic destinations in the High Country, but it seems the mysteries that surround this verdant glen are increasing.

The couple were reported missing around March 20 and their camp was found burnt out and Russell’s Cruiser was lightly singed. There has since been no sign of the two people, with police detectives overseeing the case and the search strongly believing a third party was involved. Police reckon the couple likely met with foul play and are investigating several theories, but the reality is no-one is sure what happened.

Just last month police sought overseas experts for help, while still requesting those that were in the Wonnangatta area – four-wheel drivers, fisherman, hunters and hikers – around March 19 or 20 to make contact with authorities. 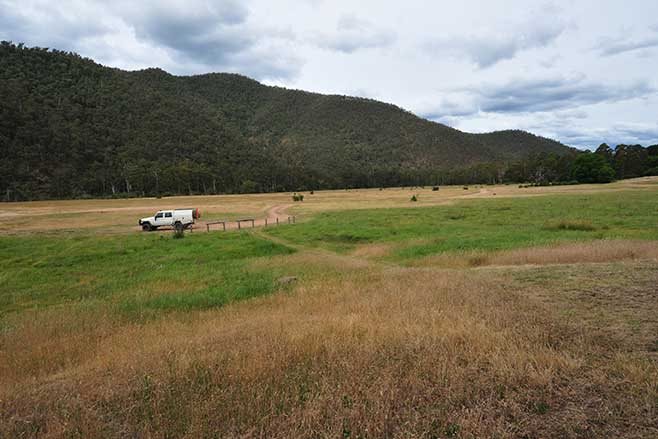 Still, these are not the first people to have vanished in the area.

Just a few months earlier, in October 2019, Niels Becker did not return from a bushwalk near Mt Stirling, while in July of that year Conrad Whitlock vanished after he was last seen on the road to Mt Buller. All of these disappearances occurred within a 60km radius of one another, and a mysterious recluse called the ‘Button Man’ – so called because of his supposed habit of cutting deer antlers down to make buttons – has made an appearance in the story. However, detectives don’t have any suspects; although they know of a few other hermits who have strange and unsociable habits.

But that’s not all. Back in 1917-18, a more dramatic happening occurred when the infamous ‘Wonnangatta Murders’ took place. The story goes something like this ...

In December 1917, Wonnangatta Station manager James Barclay hired John Bamford as a cook and odd-job man. Barclay was warned about Bamford, a wiry man with a violent temper who’d been suspected of strangling his wife.

Eight days later, the two men rode off to Talbotville to vote on whether conscription should be made mandatory to help the war effort (it was defeated). This was the last place and time the two were seen alive.

Around January 22, Barclay’s best friend Harry Smith (whose hut can still be seen at Eaglevale) took his mail to him to find the door closed and a note on the door, stating, ‘home tonight’. 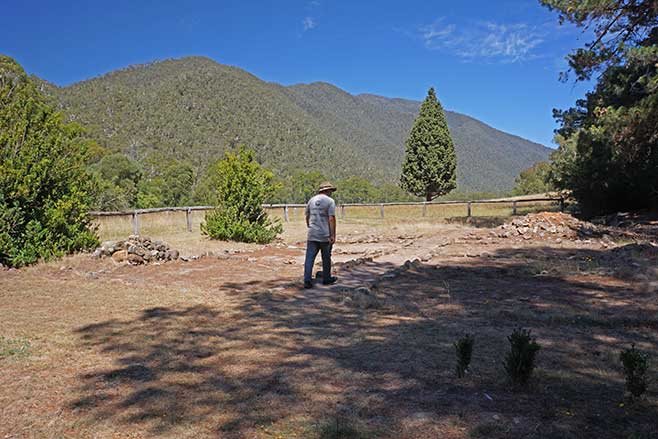 After a couple of nights camped there, Harry left, but after not hearing from his mate returned to the valley in the middle of February. The note was still on the door and Barclay’s dog was very hungry.

Returning with a couple of companions later that month, they stayed overnight and after a search they found Barclay’s body in Conglomerate Creek, badly decomposed and a severed head nearby.

Barclay had been shot in the back. The still-missing Bamford was suspected of the crime. A Melbourne detective was called in to investigate, but all he uncovered were unanswerable questions.

It wasn’t until the snows melted nine months later, in early November 1918, that Bamford’s body was found hidden under a pile of charred logs, 400m from Howitt Hut on the Howitt High Plains. He’d been shot with a single bullet to the head and is buried in an unmarked grave at Dargo.

Neither murder has ever been solved.

Some say Bamford, in one of his angry moods, killed Barclay, and then a friend of Barclay’s killed Bamford. Harry Smith was a prime suspect of the latter murder, while others thought rustlers had killed them.

Interestingly, Barclay had purchased a handgun just prior to his death and carried it loaded with him everywhere. So, maybe he was expecting trouble.

Maybe these latest disappearances will not be solved either. But perhaps a group of four-wheel drivers on a little used track will find something that will crack the cases wide open.

So as those Teddy Bears’ Picnic lyrics go: ‘If you go down in the woods today ... you’re sure of a big surprise.’

WATCH: The mountain cattlemen of the High Country