MY name is Evan Spence, and I’m the new bloke at 4X4 Australia. I’ve owned, at a guess, 30 4WDs over the years, but I think I’ve nailed it with my current setup.

There are currently two 4x4s parked at home; one is my daily driver/weekend escape machine, a 2005 SR Hilux with custom camper on the back.

The second is a scummy old Suzuki Sierra I’ve been chipping away at for years with no real end in sight.

Cheap therapy, I call it; something to tinker away on when I'm bored, or when something pops up on Gumtree.

One day I’ll do something silly with it, like drive it to Cape York. 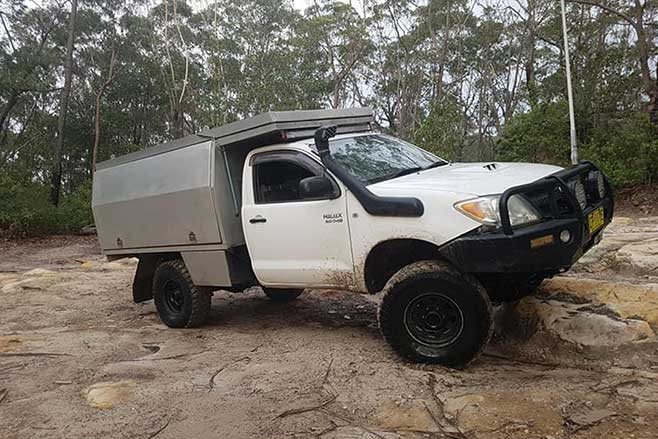 It’s gained 20 per cent power with the tune (103kW at the wheels … woo-hoo) so it moves alright, but there’s more power to be had if so inclined.

The main attraction with the Hilux would have to be the custom camper on the back though, it’s simply brilliant.

MORE Building a HiLux tourer on the cheap

I can't claim credit for it; the previous owner built it, and it’s a credit to him as there’s nothing like it on the market.

It’s a simple, lightweight affair; lift two clips, push the roof up and put two poles in place to stop the roof falling down.

There’s a full-size bed inside, and room for two people to sit. There are 100-litre water and diesel tanks, and the roof even turns into a gutter to collect rain for drinking water.

I’ve since refined it and rewired it to suit my needs, but those needs are ever-changing. I’ve done plenty of local trips in it, and drive it every day.

It’s comfortable, reliable and unique. I don’t think I’ll ever sell it. 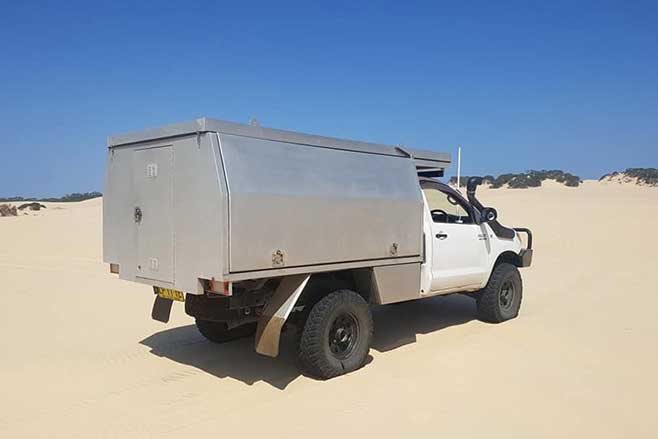 The Suzuki on the other hand, is none of those things.

I picked it up cheap about five years ago, and have basically rebuilt it.

The suspension is a custom mix of parts I had including shocks from a Holden Commodore, and I’ve rebuilt the transfer case with 6.5 ratio crawler gears and installed a Uneek 4x4 front bumper with Lightforce lights.

The front end and all brakes have been rebuilt, and I recently refurbished the entire fuel system, including a professional carby rebuild after my attempt at freshening it up made it run worse…

It’s on a woeful set of 31-inch tyres I bought for $100, and I’ve changed most of the panels around to make it somewhat presentable.

Some parts arrived for it today, actually, so I’m itching to get into the shed and have it one step closer to being on the road. It’s a giggle, and I can’t wait to get it finished. 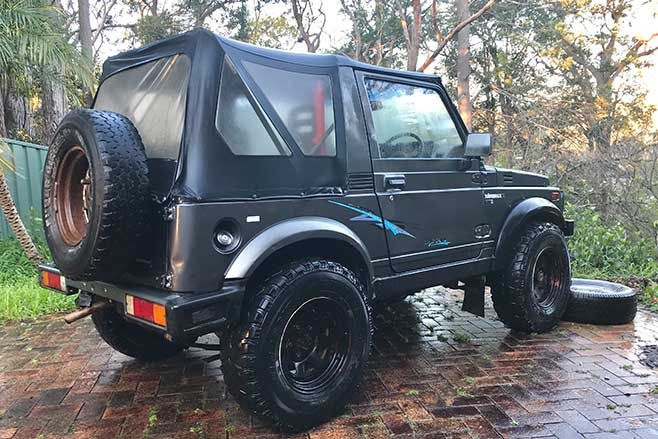 I’ve owned seven Zooks in the past, so it’s safe to say I’m slightly obsessed with them.

I think I’ll always have one around, even though the new Jimny is tempting.

Stay tuned for slightly regular updates, as you witness me drain my bank account making poor life decisions with a smile on my face.

READ NEXT SsangYong Musso in the 4X4 shed