TIME flies when you’re having fun, and it’s hard to believe we’ve had the Toyota Land Cruiser for five months already.

What’s harder to take is that we’ll have to give it back to Toyota next month – it will be a tough truck to part with.

We did a piece with Yokohama tyres for the 4x4 Garage, and they wanted us to give an opinion of the tyres after a lap around the block in their rig. We suggested a bit more time on the new Geolandar A/Ts was needed and asked them to throw a set on our Cruiser. So the guys at A1 Tyres & More in Chelsea Heights rustled up a set of black steelies, fitted them with 285/75-16LT Yokies and sent us on our way. Steve at A1 Tyres & More is a 4x4er and owns the double-cab 79 in some of the pics in the Yokohama story, so he knows what 4x4ers want in a tyre. 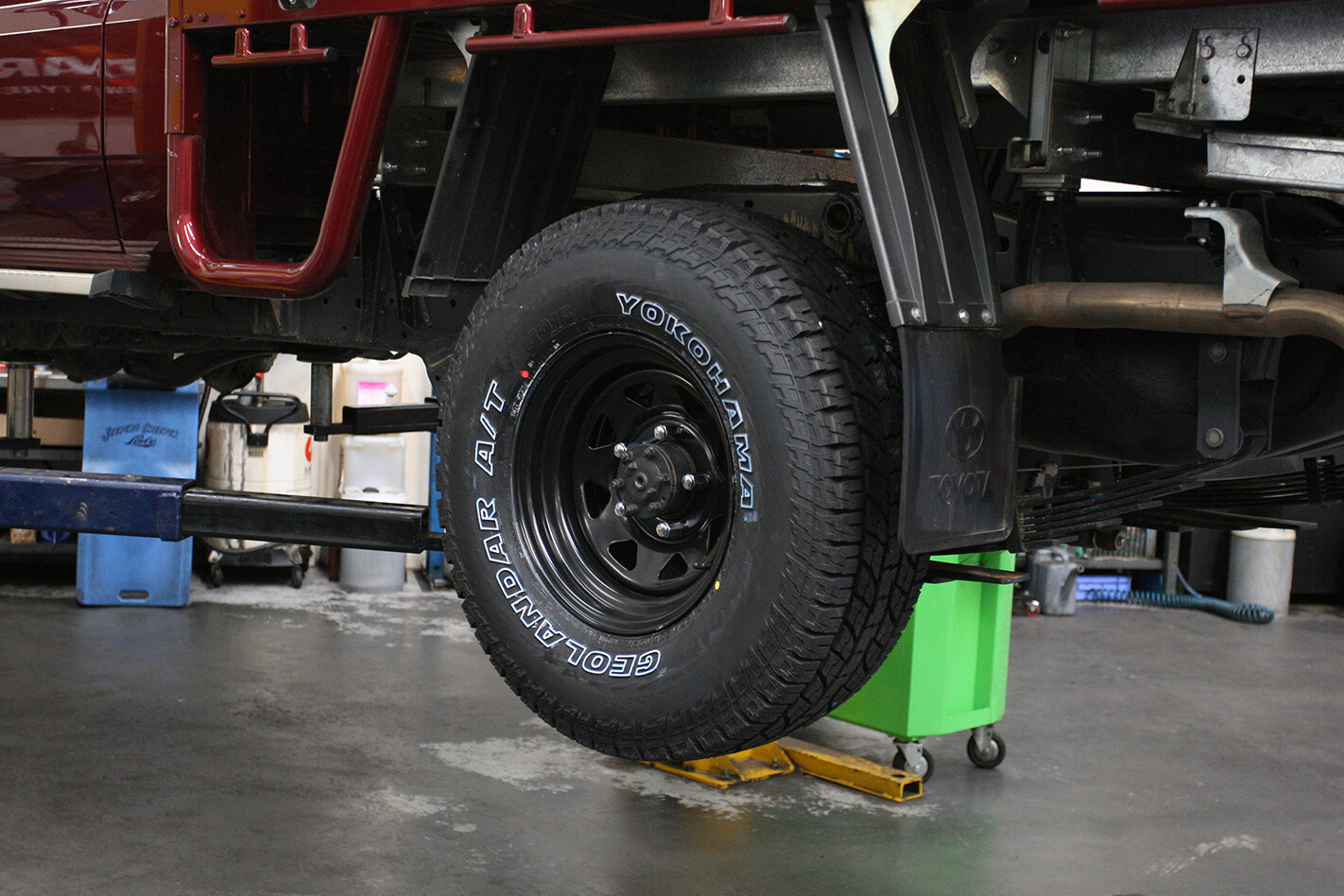 Most LC70 owners will up the tyre size on their Cruisers, and the 285/75 is a popular choice for those who like to keep things legal while still gaining height and putting more rubber on the road. It’s a ‘plus-one’ size upgrade, so it’s not over the top.

Instantly noticeable upon leaving the driveway at A1 Tyres & More is the effect the taller tyres have on performance, as it took a further press on the skinny pedal to get the Cruiser going and keep momentum up. It doesn’t make the car a slug by any means, but it’s evident at first then soon forgotten.

Many people should think about this before they fit bigger tyres to their 4x4s, or at least consider a performance hop-up at the same time. The other thing to consider is the speedometer calibration. The 79 went from running at 97km/h at an indicated 100, to pulling 105km/h with the needle in the same place. It makes using the Hema HN7 GPS invaluable to staying on the right side of the limit. With the tougher-looking black steelies and Yokies fitted we did a run up to NSW over Easter for some camping and a bit of light duty 4x4ing with mates. The tyre performed well over a variety of terrain, including one rocky climb back in Victoria. The same strengths we’ve mentioned before shone through again: nice highway cruising with the taller top gear; great tie-down points in the tray for fringe, swag and camping box; and that effortless lope of the 1VD V8 engine.

I really don’t think I’ll be able to give it back!