The Colorado arrived in 2012, but it’s the rebirth it underwent in 2017 that really counts.

IN DESIGNING and developing this generation Colorado for release in 2012, GM didn’t piggy-back off Isuzu as it had done for all previous Rodeo utes and even the original Colorado.

Instead, GM marshalled its global resources to design a ute from the ground up, with its VM Motori four-cylinder diesel from Italy, the six-speed auto from GM in the USA, and the whole thing pulled together by a design team headquarted at GM Brazil.

The trouble was that it wasn’t quite right on many fronts and was tweaked in 2013 and then again in 2014, before being pulled right apart – almost down to the last nut and bolt – and put back together with a host of new or revised parts for its 2017 rebirth.

Australian Holden engineers were instrumental in all this, and models for local consumption received additional NVH, an auto gearbox and manual gearing upgrades in addition to the broad-brush global changes.

THE Colorado 2.8-litre four-cylinder diesel claims 500Nm, which is more than the notably bigger five-cylinder engines in the Ranger and the BT-50, and only 50Nm less than the potent V6 in the Amarok.

Often on-paper engine output figures don’t translate into real-world get-up-and-go, but that’s not the case with the Colorado, which edges out all of the other utes here, bar the Amarok, for pedal-to-the metal performance.

In general driving, too, the Colorado delivers on its 147kW/500Nm promise and offers plenty of punch, even if it needs to rev harder than the Amarok’s V6 and the bigger five-cylinder engines in the Ranger and BT-50, which also claim 147kW, to get the same job done.

All the while Colorado’s four-cylinder, complete with counter-rotating balance shafts relocated in the MY17 engine upgrade, is smooth enough but still a little on the noisy side, despite being much quieter than it was before the MY17 changes.

AMONG the raft of improvements implemented for the 2017 model year, the Colorado gained new springs, dampers and swaybar at the front, and new springs and dampers at the rear.

Also in the news: Next-gen Colorado to be longer and wider

Electric power steering was also introduced, replacing the hydraulically assisted steering used previously. The end result is light steering and good manoeuvrability at parking speeds, yet a very confident and composed feel at highway speeds. Good ride quality, too, for a ute on most roads – even unladen – and the front-to-rear suspension match is well sorted.

Alone in this company the Colorado has a rear limited-slip diff, which, according to Holden’s engineers, helps particularly on wet bitumen in situations where you need to put your foot down, as when joining a fast-moving traffic stream from a side street.

The LSD prevents the inside rear wheel (remember, part-time 4x4 means rear-drive only on the road) from spinning up and activating the ETC and potentially cutting the engine’s power… not what you want when you have a truck bearing down on you.

COMPARED to the best off-road utes here, the Colorado needs more wheel travel to be truly competitive. It also doesn’t have a rear locker and is one of only two utes here without one. Not that all lockers are created equal, as some cancel the Electronic Traction Control (ETC) on the front axle when they’re engaged, while others don’t.

Thankfully, the Colorado makes up for its modest travel and no locker with its now very effective ETC, another significant improvement that came with the MY17 upgrade. Where before the Colorado was a tail-ender in this class in terms of off-road ability, it’s now very much a competitive mid-fielder, and while it worked hard to negotiate our gnarly and steep set-piece hill, it still made it to the top.

WHILE the Colorado’s 3150kg Gross Vehicle Mass is a nominal 50kg less than the Ranger and BT-50, it’s a little lighter, so it doesn’t suffer at all in terms of payload limits.

With our test 900kg total payload onboard, the Colorado’s chassis coped well and didn’t feel under any particular duress. One of the best here, in fact, even if it’s a notch down on the chassis stability of the Ranger and the very similar BT-50.

Plenty of power, too, for load hauling, even if you notice the Colorado’s propensity to rev harder than the bigger engines in the Amarok and Ranger/BT-50 than when not carrying a load.

In our recent Max Load and Tow test (which didn’t include the Amarok V6) the Colorado was second only to the winning Ranger and on an equal footing to the BT-50. As with the Ranger and BT-50, the Colorado has a 6000kg Gross Combined Mass and a 3500kg towing capacity.

Negative marks for the Colorado’s tie-down hooks in the tub – the problem is that the two front hooks are mounted high in the tub, which means they are only useful to restrain tall loads.

AMONG the many 2017 upgrades, the Colorado received a much needed interior makeover which saw the previous (rather cheap-feeling) dash replaced by something far more classy and presentable.

Plenty of room, too, in the Colorado cabin, even if it’s not as big overall than the Ranger and BT-50, nor as wide as the Amarok – something you notice most with three adults across the rear seat.

There’s a decent level of safety at this popular LTZ spec level, and it comes with a five-star ANCAP rating.

A GOOD spread of dealers – especially in country areas – and plenty of aftermarket accessories are Colorado positives. And while the LTZ wears 18-inch wheels, the 17s from the LT fit and will open up the tyre choice as well as improve ride quality on bumpy roads. 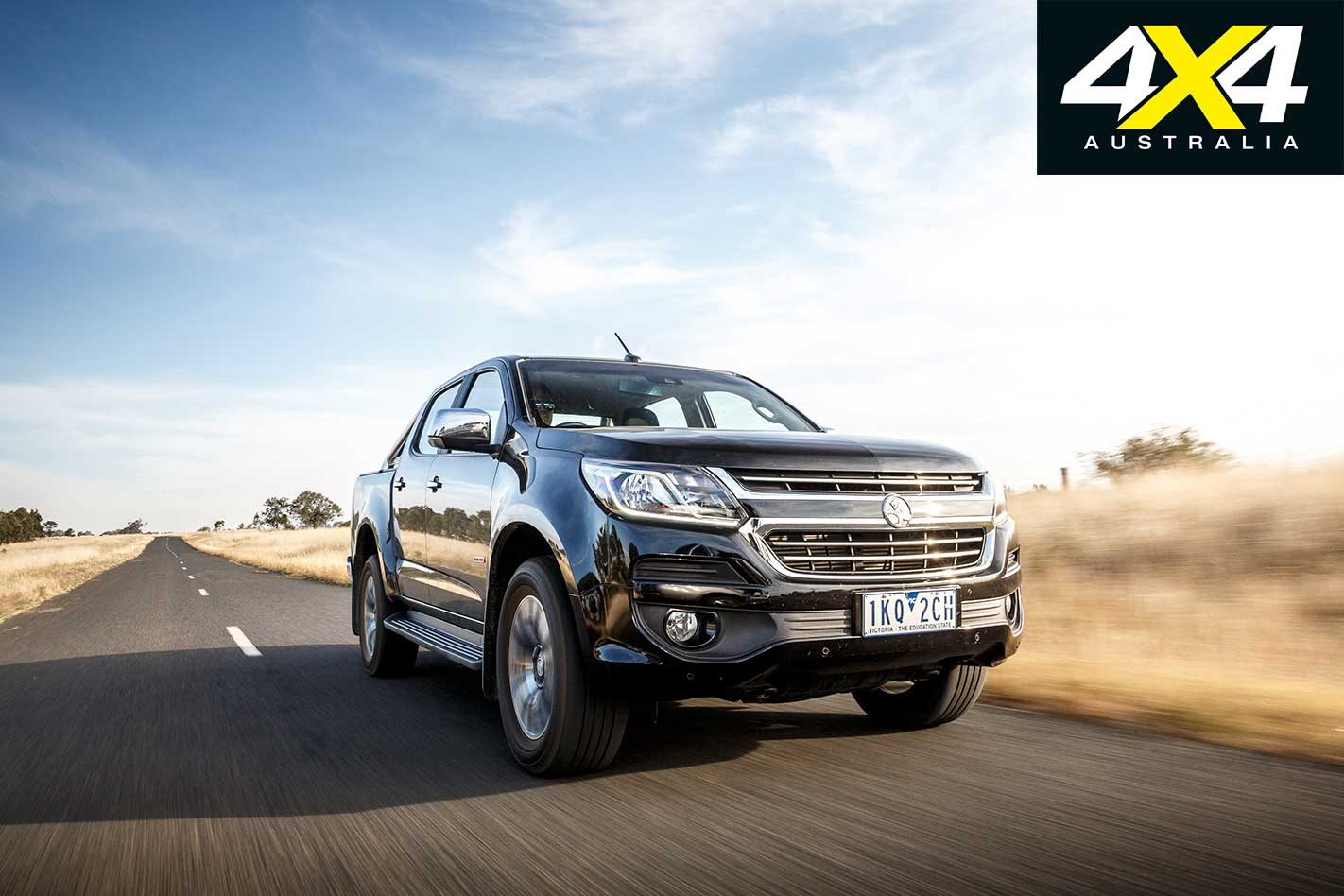 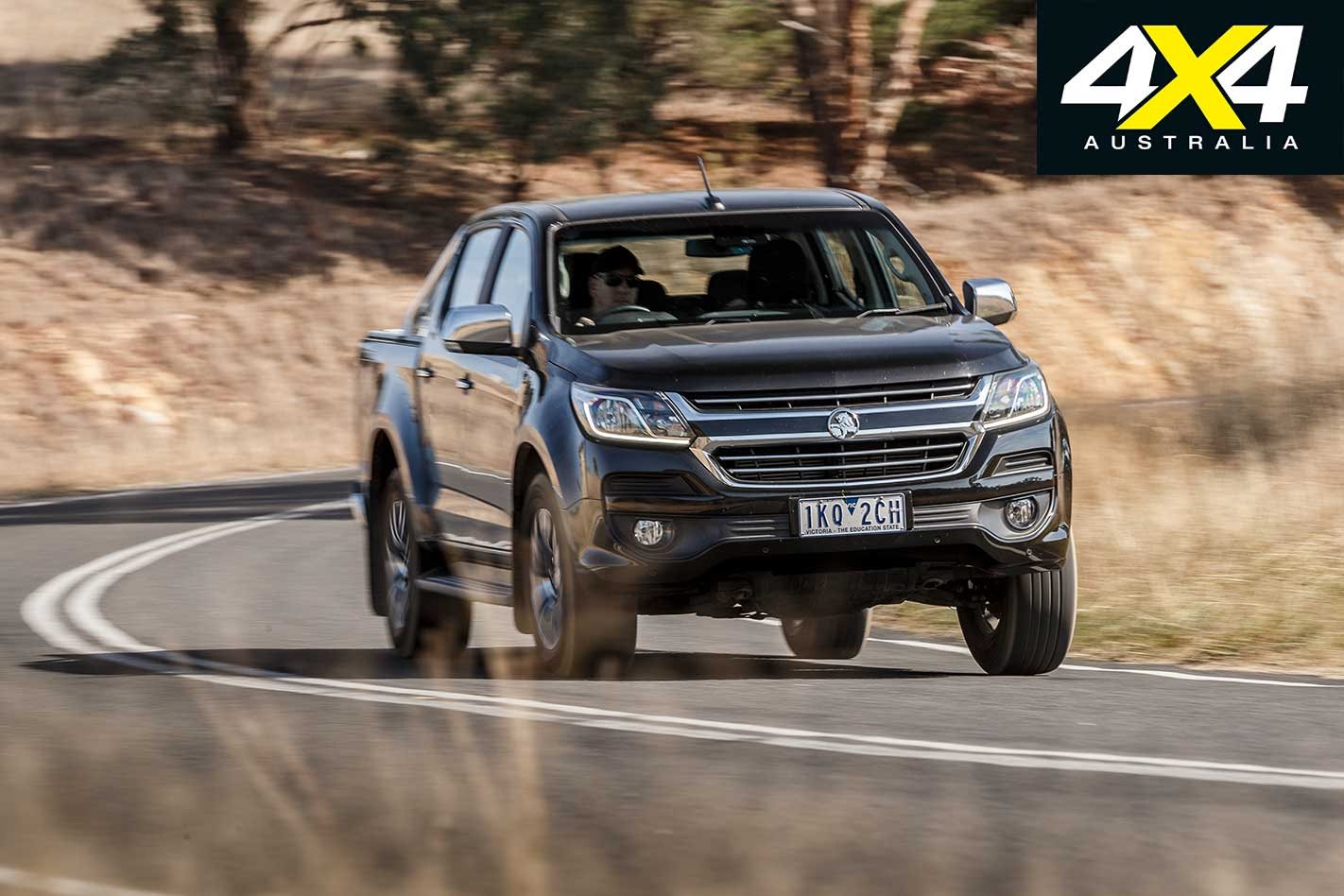 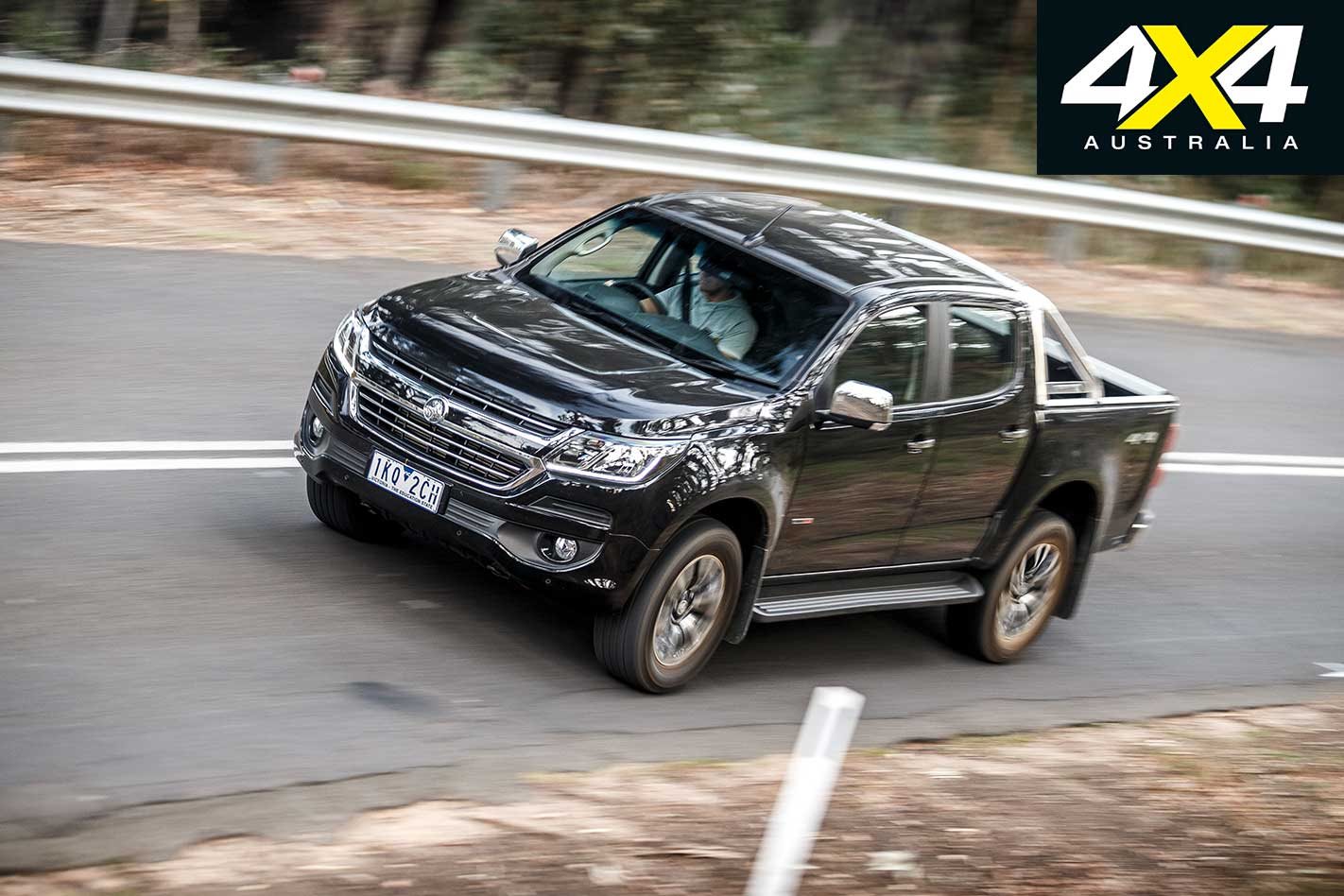 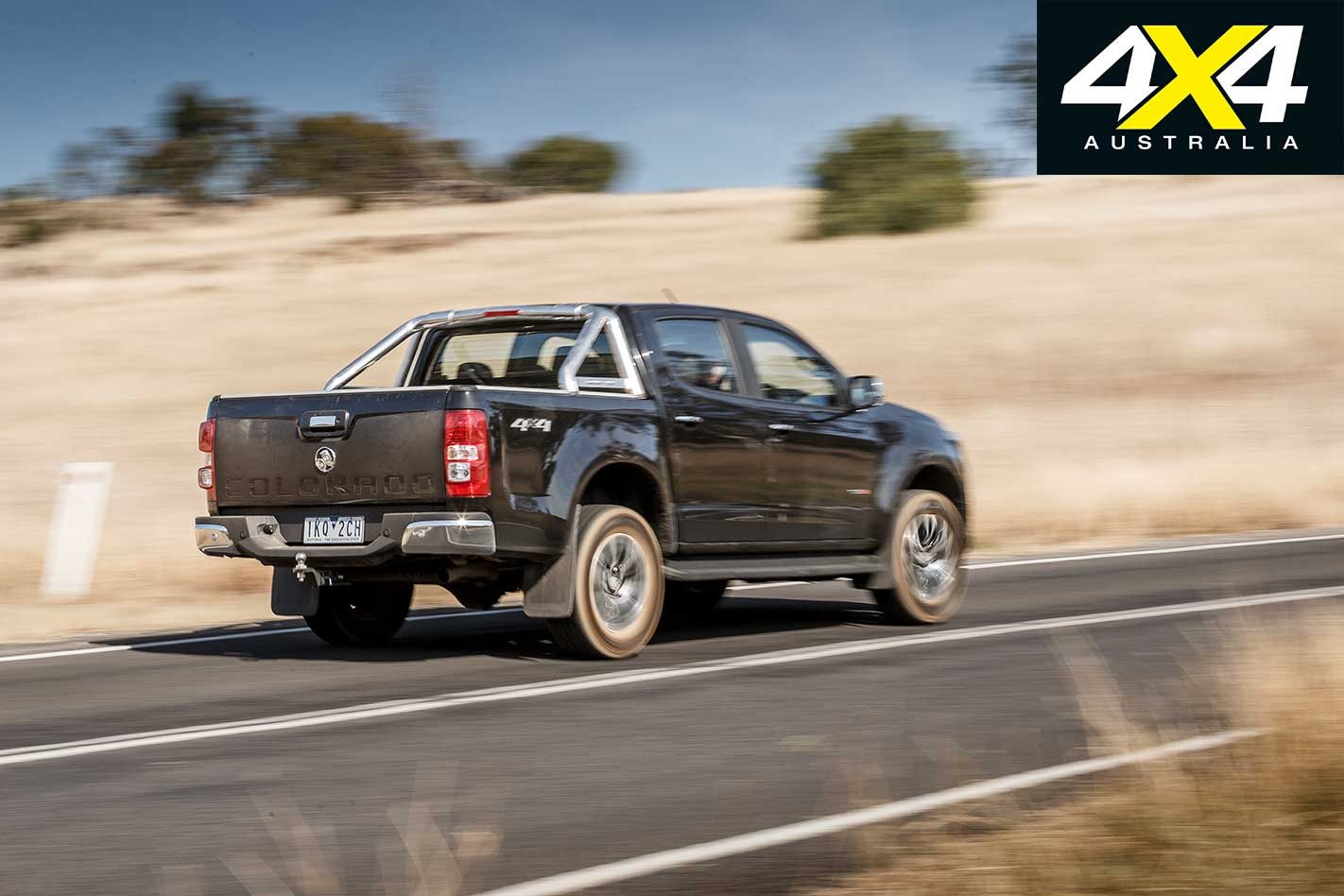 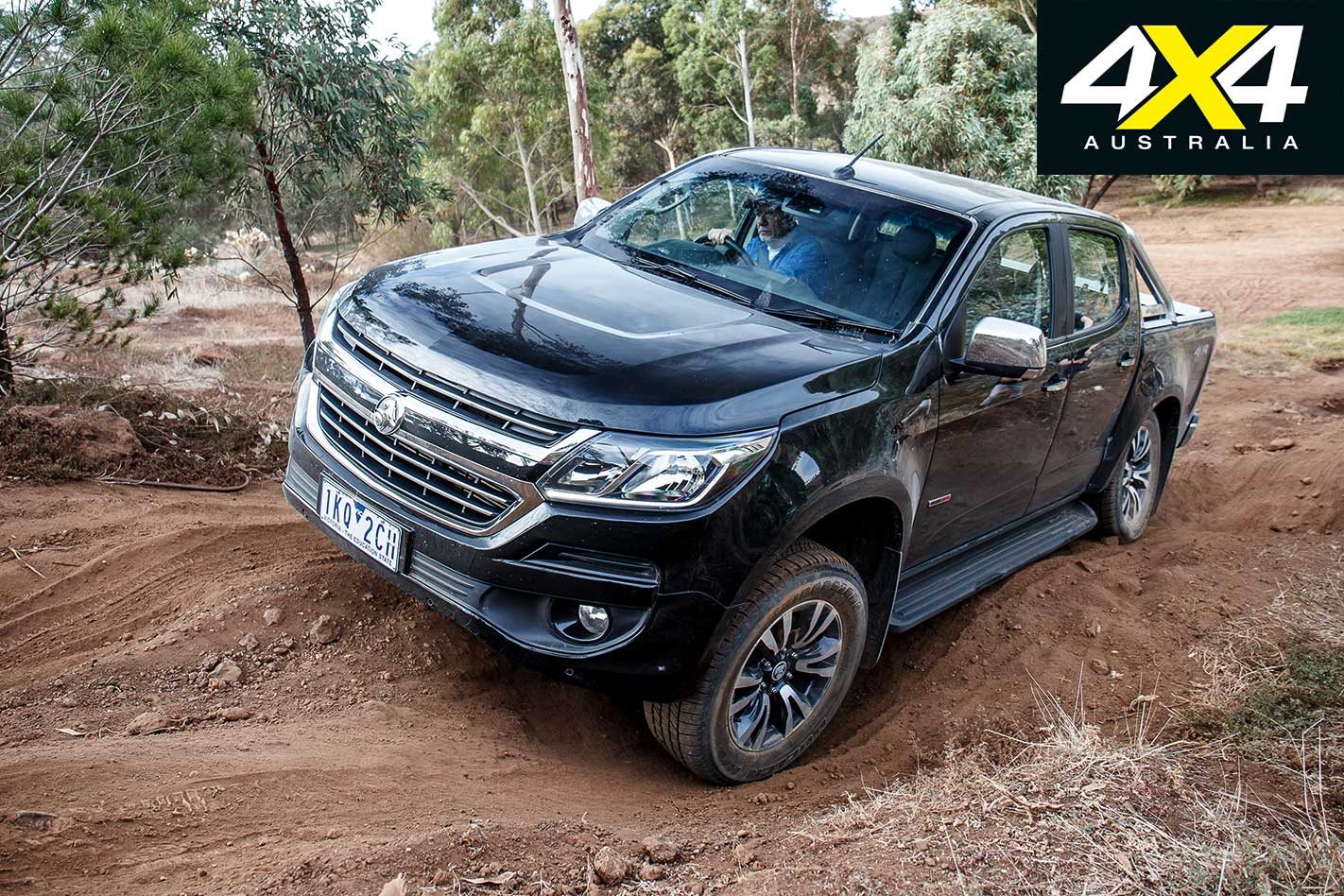 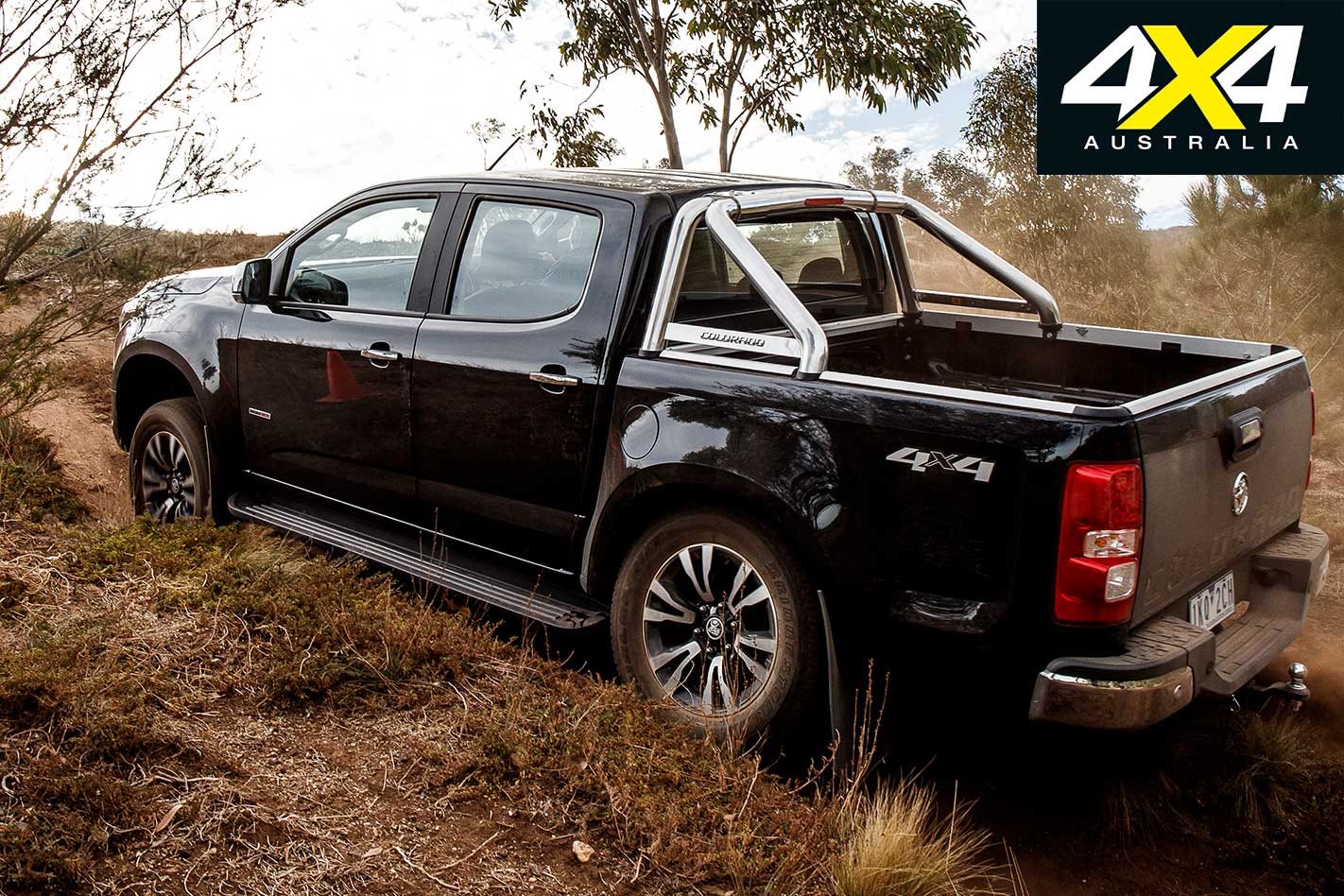 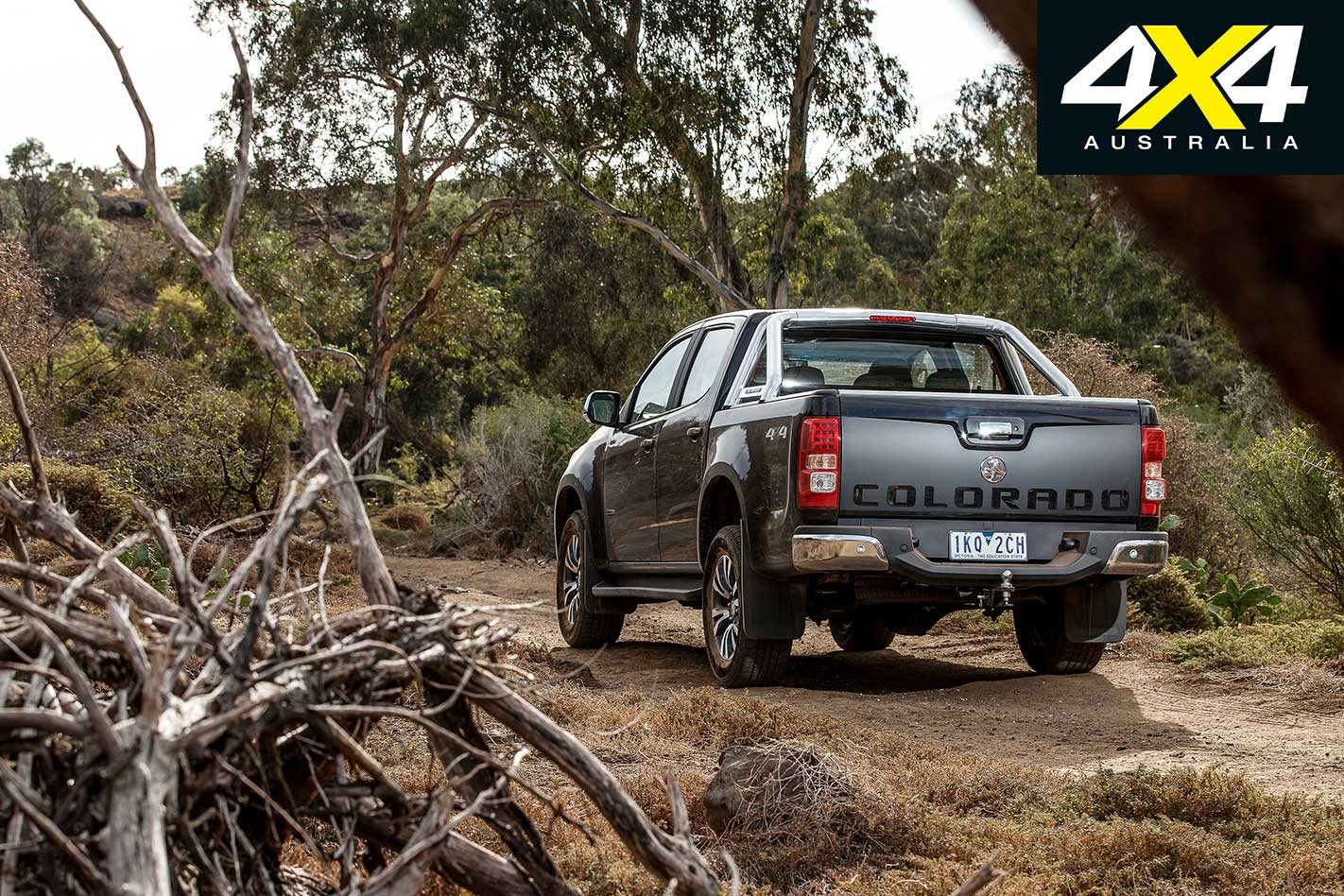 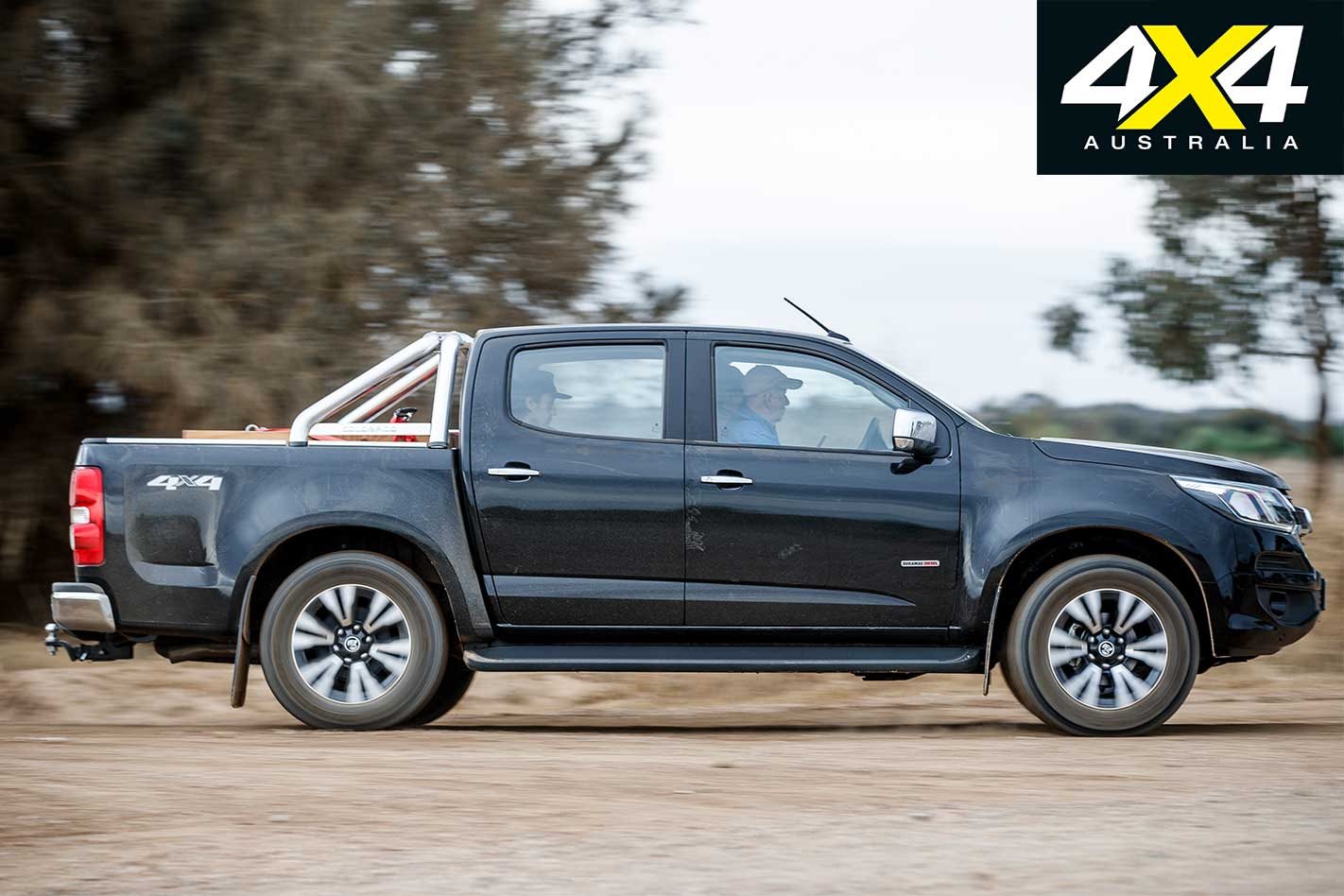 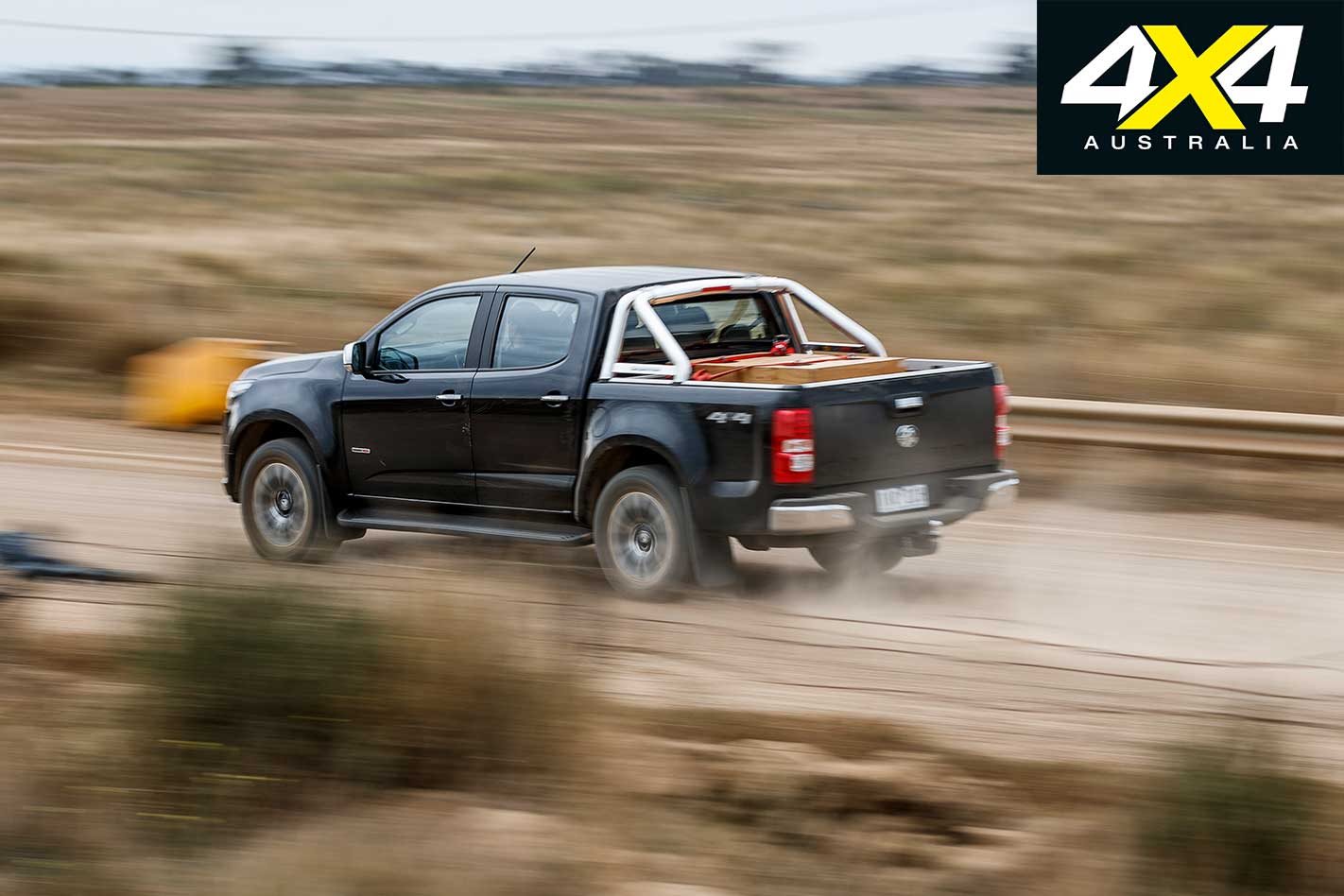 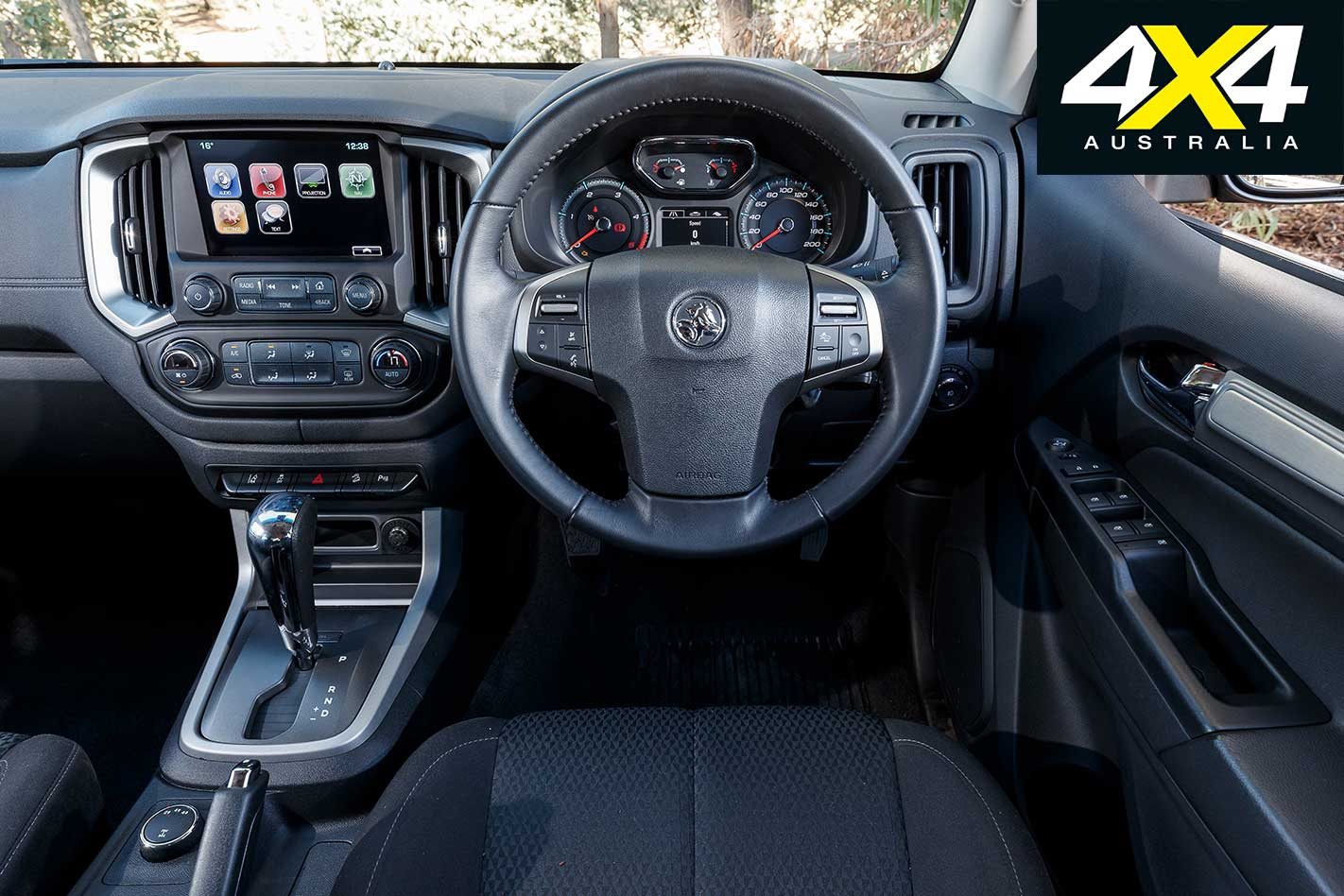 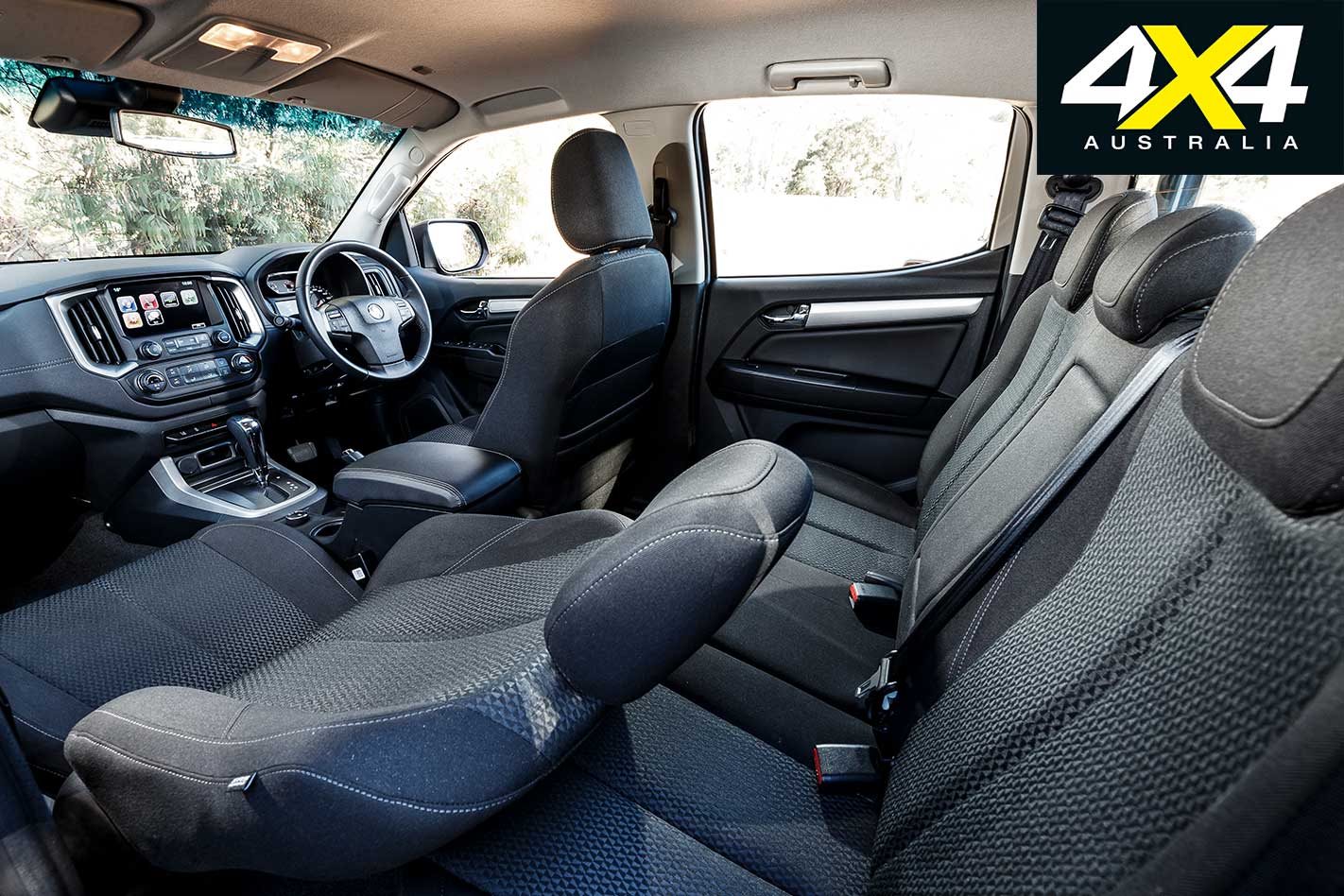 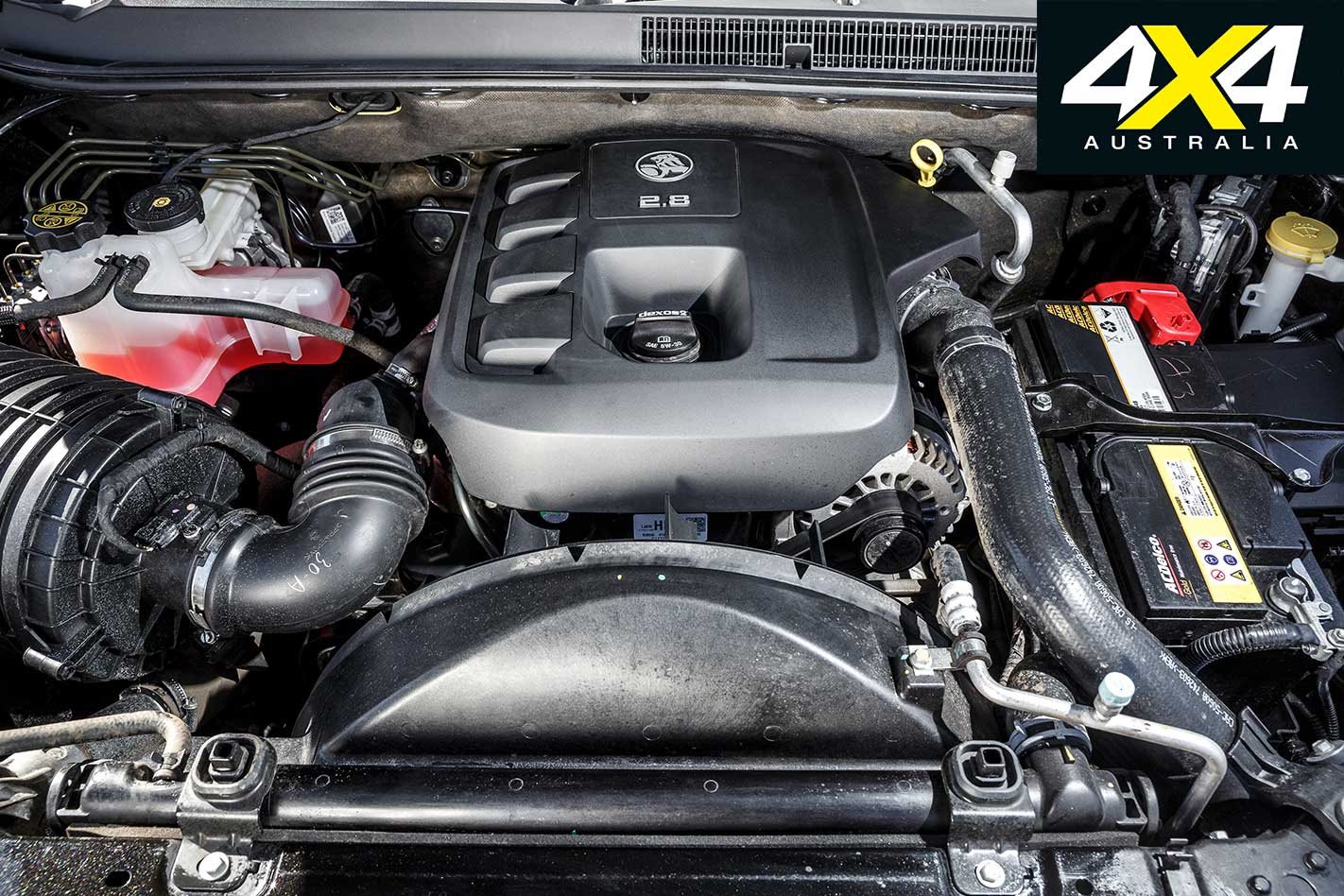 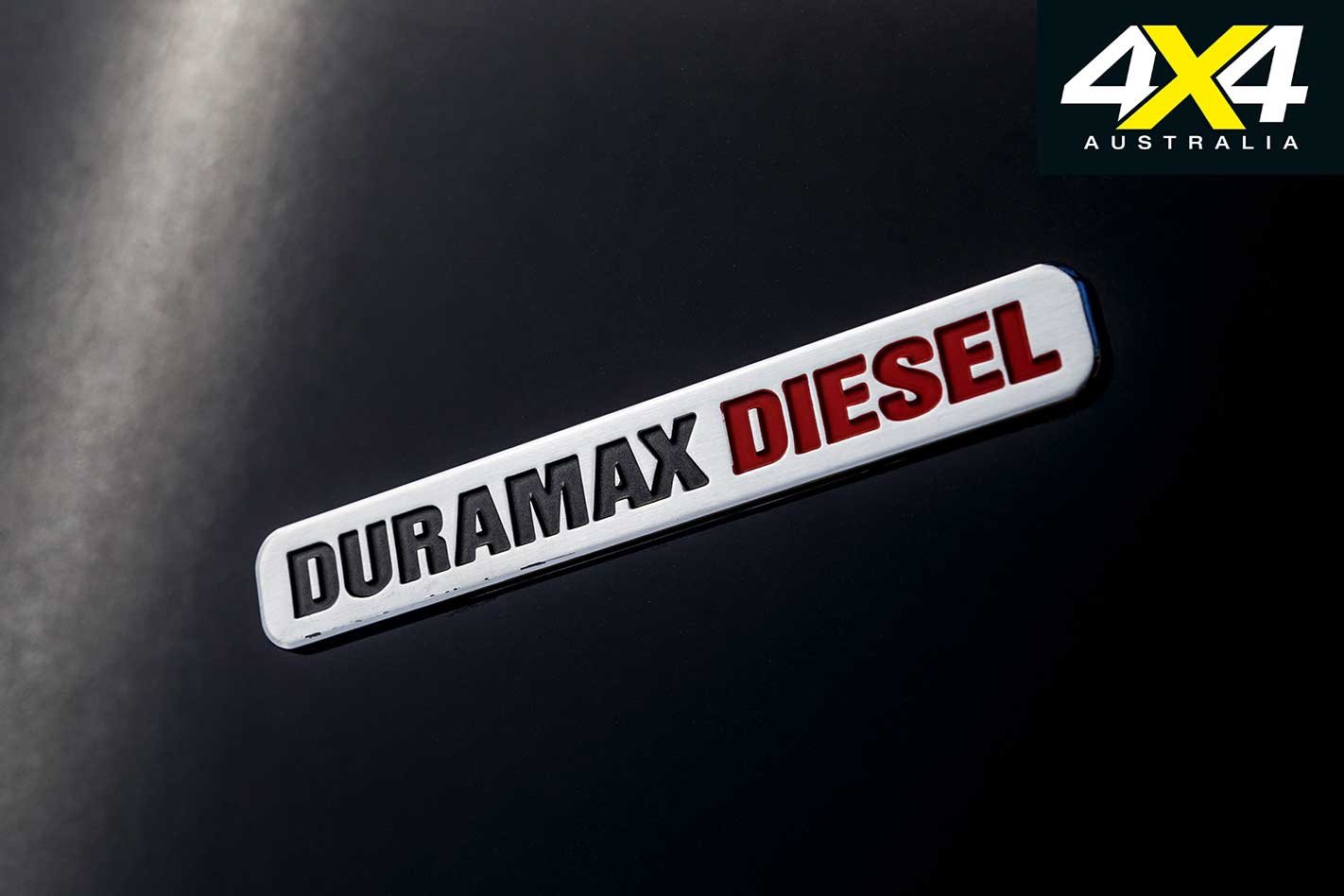 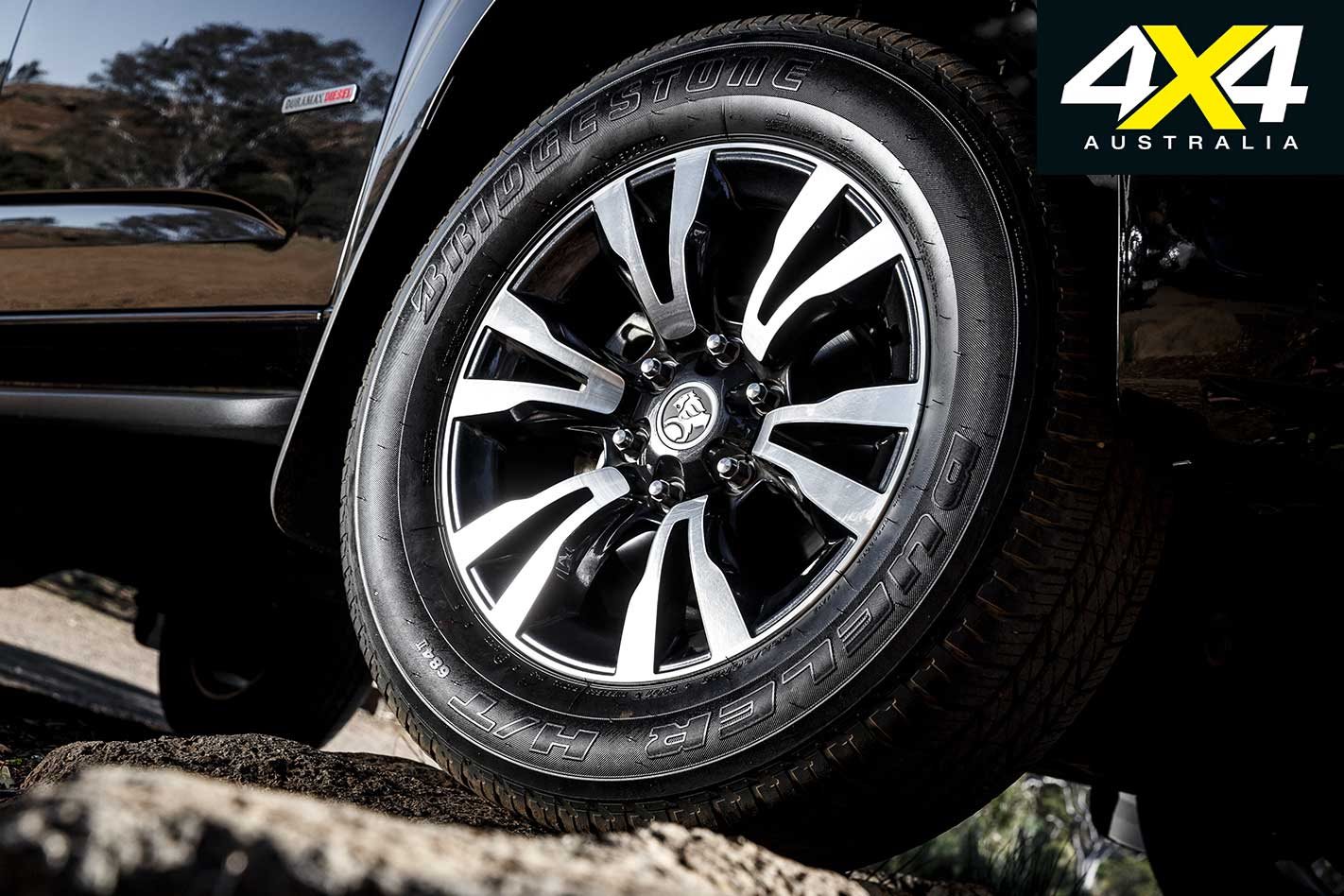 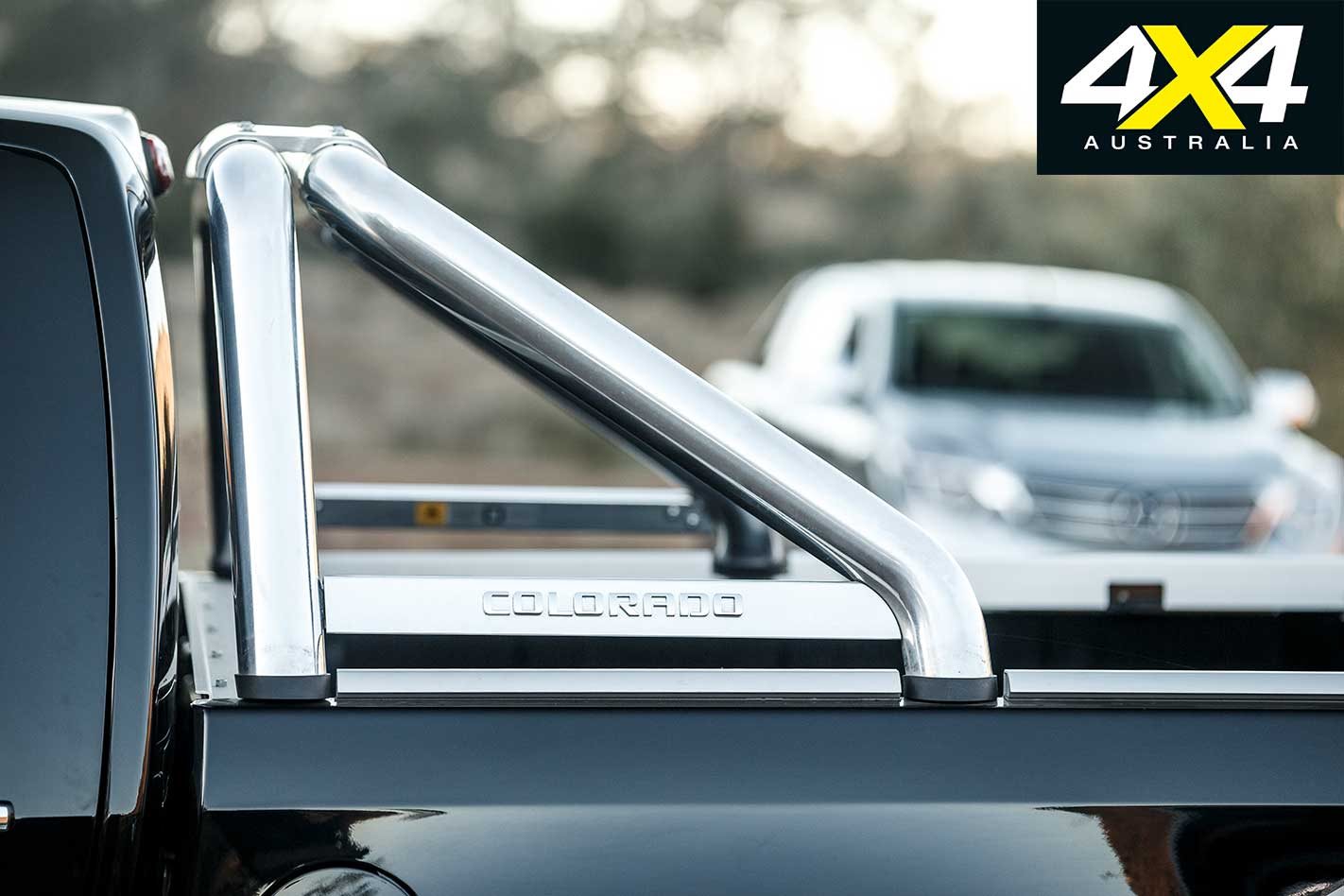 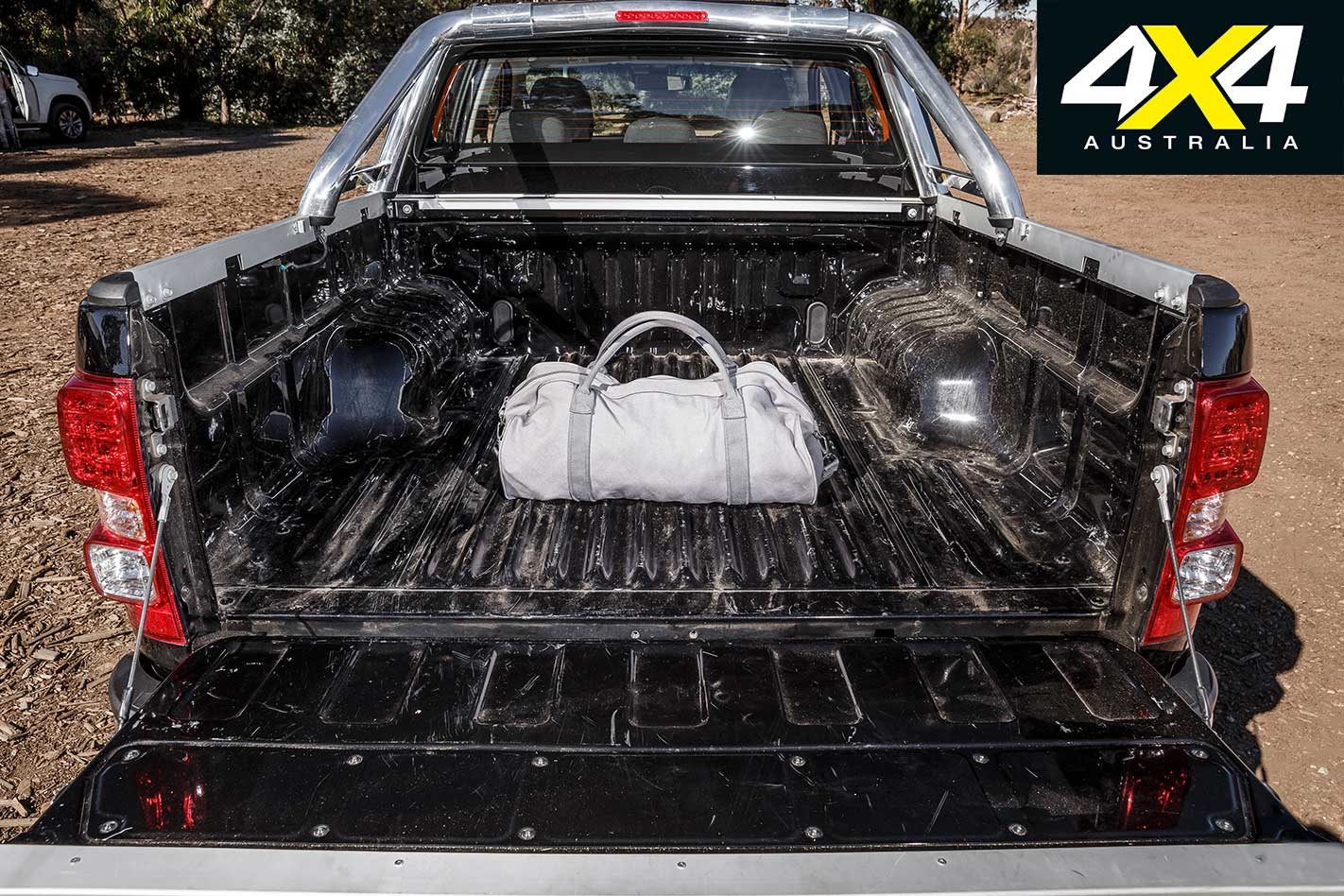 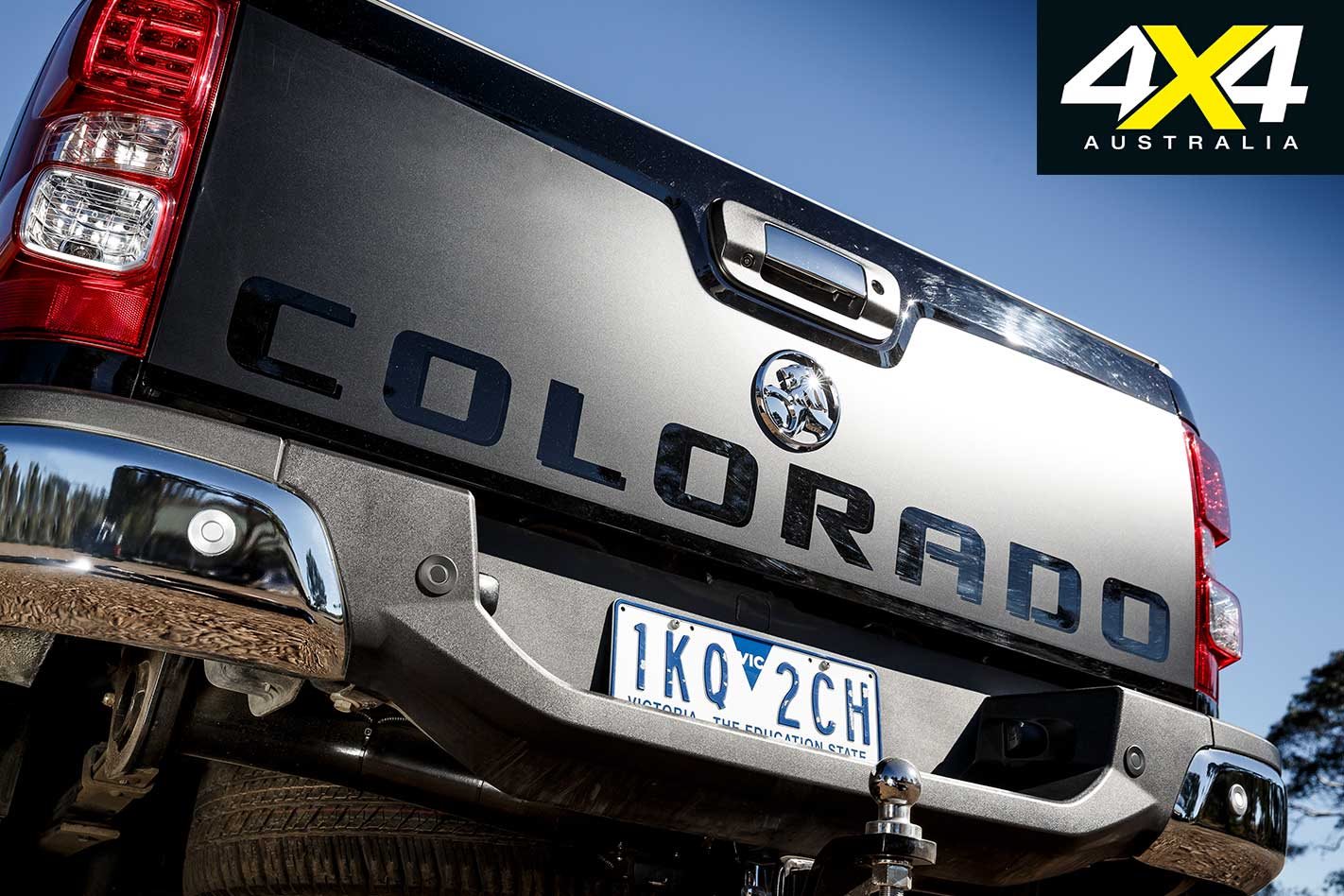