MITSUBISHI’S fifth-generation (MQ) Triton arrived in Australia in mid-2015, replacing the MN that first went on sale in 2009.

In designing and building the MQ, Mitsubishi didn’t attempt to match the notably bigger size of the new-generation utes led by the Ford Ranger and VW Amarok, but instead reworked what it already had in the MN, which means a smaller ute. 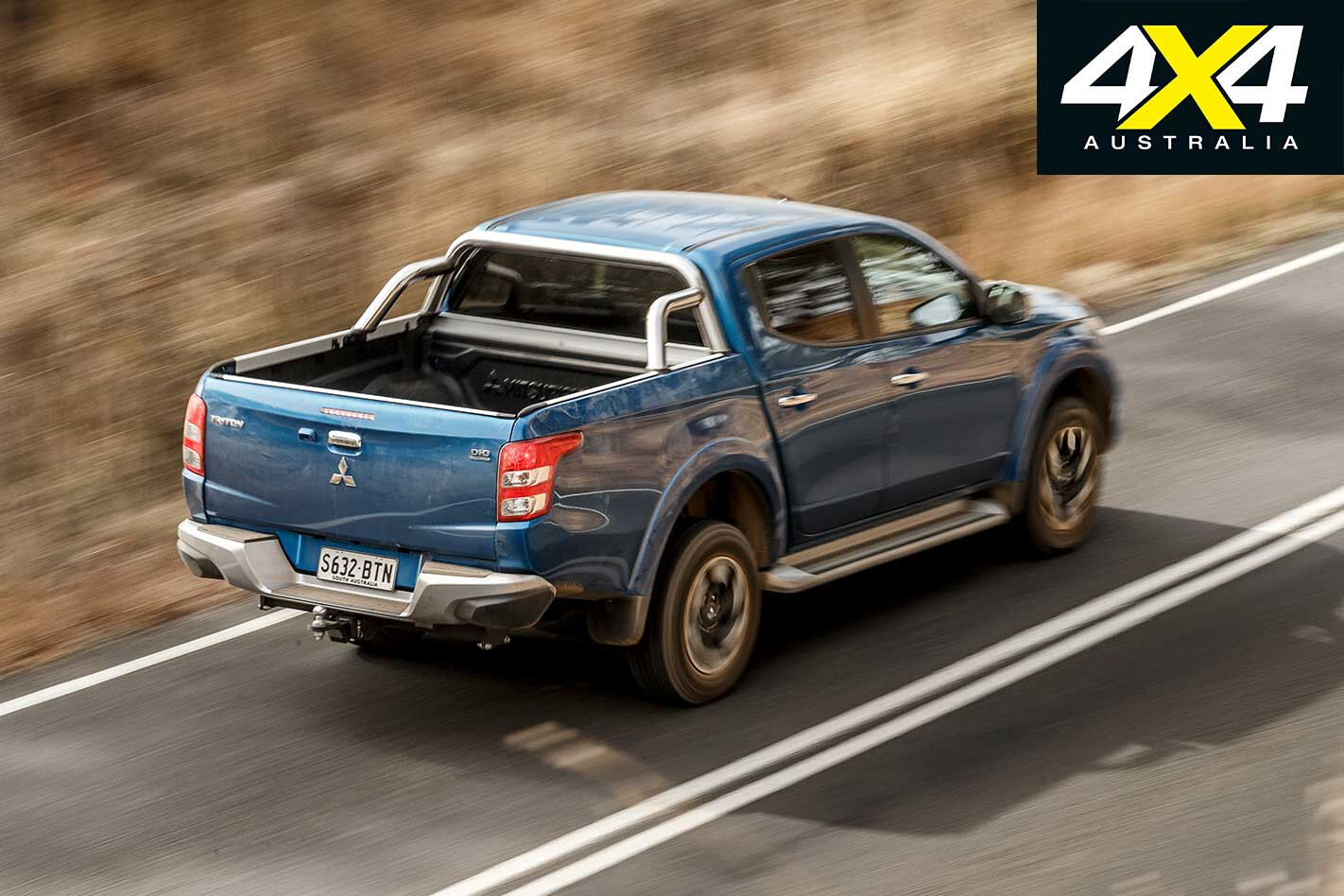 The main changes from the MQ centred around an all-new Euro-5-compliant 2.4-litre four-cylinder diesel, a new six-speed manual gearbox, a revised five-speed automatic available on all models and not just the Exceed, various chassis changes, and a restyled body.

Thanks to very sharp pricing and ongoing factory discounting the Triton is only outsold by Hilux and Ranger. And if you want a less expensive ute than the Triton, you’ll have to look at either a Chinese or an Indian ute.

ASIDE from the Navara’s and X-Class’s shared 2.3-litre diesel, which employs a sophisticated bi-turbo arrangement, the Triton’s engine is the smallest capacity here and is down towards the bottom of the list when it comes to on-paper power and torque outputs.

Countering this, the Triton doesn’t weigh as much and isn’t as tall geared as most utes here, so it remains competitive in terms of its pedal-to-the-metal performance.

The Triton’s ‘little’ diesel also revs much harder than most to do the same job, as is evidenced by the fact it doesn’t make its maximum torque until 2500rpm, an unusually high engine speed for a diesel and 1000rpm above where some of the bigger diesels here achieve their maximum torque.

Despite the fact the Triton’s engine likes to rev, it’s still reasonably quiet, refined, smooth and economical, so this is more a characteristic of the engine rather than a criticism.

The Triton is unique here in having a five-speed automatic (all the rest have six or more speeds) and the gearbox is also an old design, even if it has been updated for this generation Triton. It still offers agreeable enough shifts, but it certainly isn’t as slick or as smart as the best gearboxes here.

THE Triton continues to stand out in this company in terms of its on-road dynamics thanks to the fact that it’s smaller and lighter than most of the utes here. It certainly feels more agile and nippy, especially compared to the bigger utes, namely the Ranger and BT-50.

More significantly the Triton offers full-time 4x4 via its unique Super Select system, which also allows the driver to select rear-wheel drive. The only other ute here with full-time 4x4 is the Amarok. Full-time 4x4 offers significant safety and driveability benefits, particularly on wet bitumen and where road conditions alternate from sealed to gravel and wet to dry.

The Triton’s suspension is also generally well-resolved, even if the ride quality could be better when unladen. Perhaps the relatively short wheelbase and the fact the rear axle is right under the rear of the cab is part of the issue here?

WHILE Super Select’s main benefit translates on-road, it also offers some convenience off-road given its full-time setting allows you to switch from on-road to off-road without touching anything.

If conditions get a bit more difficult you can readily lock the centre diff in an action that’s generally more seamless than engaging 4x4 with any of the part-time utes, all of which can be a bit fiddly and slow to engage on time given they rely on electro-mechanical switching rather than an ‘old fashion’ lever.

Unfortunately that’s where the good news – for what it’s worth – ends for the Triton in terms of off-road ability. The main issue is that the Triton isn’t blessed with lots of wheel travel, nor is the traction control all that effective. And while it has a rear diff-lock (at this spec level), engaging the rear locker cancels the traction control completely, so it’s not always of benefit.

Like the D-Max, the Triton couldn’t make it up our set-piece hill climb; although, it did go farther with the diff-lock than without it.

A relatively low wading depth doesn’t help, either. With a bit of work (snorkel, aftermarket locker) it could be much improved off-road, but out of the box it’s down the back of the pack.

THE Triton has relatively low payload ratings and has the lowest tow rating of all the utes here, a reflection of its small physical size, relative light weight and low GVM and GCM figures. The fact its short wheelbase means all of the tray overhangs the rear axle doesn’t help, either, when heavily loaded. In this company the tray is slightly smaller than most, both in overall dimensions and with the width between the wheel arches.

With our 900kg payload the Triton still coped okay chassis-wise, but it felt the weight more than most here and demanded a steady-as-she-goes approach behind the wheel. The engine, however, fared better, even if it works harder than most to carry what is effectively its maximum payload.

THE Triton’s cabin is arguably the smallest here, which makes its presence most felt if you wish to sit three adults across the back seat. Even up front the driver and passenger don’t have the space of the others, something tall people will notice most.

More positively the Triton offers both tilt-and-reach steering wheel adjustment and what is one of the better-finished cabins. Smart key entry and start at this spec level (and relatively low price) is also a bonus, while no less than seven airbags help contribute to a five-star ANCAP rating.

PERHAPS the most practical thing about the Triton is that it’s the least expensive ute here, so you can buy one, add a truckload of accessories, and still come away better off than any of the other utes. The Triton’s small physical size and tight turning circle also makes it handy anywhere where space is at a premium.

The wheel and tyre spec (245/65R17s) are a little smaller than the popular 265/65R17 size on most utes here, but this doesn’t limit replacement options.