CONCEIVED in the early 1970s and in production before the end of that decade, the G-Class is Mercedes-Benz’s longest running model and even outdates Toyota’s venerable 70 Series.

This G-Class Professional G300 is the latest in a long line of G-Class variants to be sold here over the years and joins the G350 and G63 AMG wagons introduced back in 2011.

There’s only one engine, an extremely low-tuned version of Mercedes-Benz’s ubiquitous V6 diesel that’s designed to run on the world’s poorest quality diesel. A five-speed automatic is the only gearbox offered and it’s mated to the G-Class’ trademark dual-range full-time 4x4 system with its triple diff locks. The bullbar, snorkel, light protectors, all-terrain tyres and air-con are all standard. Options include a walk-on bonnet with a 100kg load rating and cyclonic pre-filter for the snorkel. The tray is aftermarket and not an official M-B accessory.

The G-Professional is a no-compromise workhorse and an ergonomic nightmare. It’s uncomfortable to sit in, tiring to drive, unladen ride quality is horrible, NVH levels are extreme, the dash is from a bygone era, there aren’t any cup holders, there’s no centre console, the seats offer little support, the driving position is cramped, and there’s no cruise control… 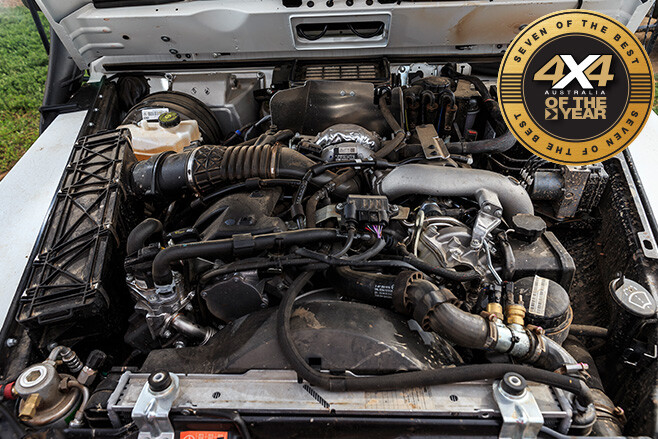 Partially due to its brick-outhouse aerodynamics and hefty 2410kg kerb weight, the G-Professional’s 3.0L V6 turbo-diesel engine proved lacklustre and thirsty, sucking down distillate at an average rate of 16.1L/100km, so you’d have to top up the 97-litre fuel tank every 550km or so on a trip that includes a mix of touring and off-road driving.

4X4OTY judge Ron Moon did more miles in the G-Professional than the rest of the judging team and, after a long stint behind the wheel, had this to say: “Just drove the Merc back from Wangaratta. Pig of a thing – you had to keep the foot pressed heavily into the floor to keep it going (got a cramp!). And in the bush every throttle input was initiated with a heavy push of the throttle.”

TRAIL DRIVING
Get over the harsh ride quality and the apparent lack of rear-wheel travel (when unladen, at least) and the G-Professional is a very capable vehicle on the trails. It has excellent low-range reduction and a full-time 4x4 system with lockable front, centre and rear diffs. Locking the diffs is a simple affair too; simply press the relevant button and an orange light tells you the diff is about to lock, then, when the red light illuminates, you know it’s locked. 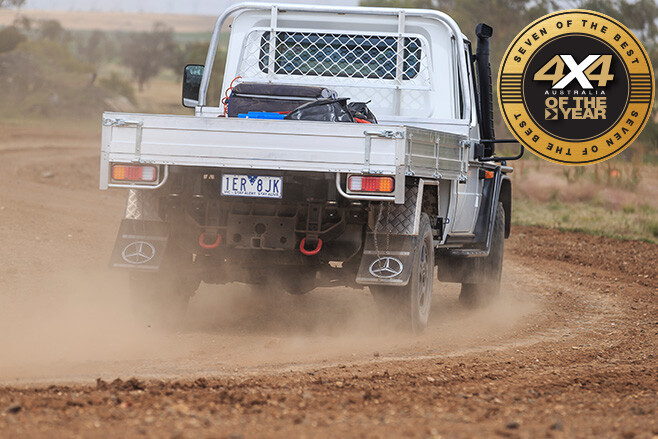 Ground clearance is excellent, although the super-long wheelbase results in a ramp-over angle of just 22 degrees, which can see the G-Professional bottom out on big mitre drains. Never fear, the chassis is rock solid and there’s nothing hanging down that could be damaged by a minor grounding. Approach and departure angles are much better at 38 and 35 degrees respectively, but the latter will obviously depend on your choice of tray.

Over-bonnet visibility isn’t bad but the view to the rear will be impeded by whatever you’re carrying in the back. On the other hand, the large external mirrors are excellent.

SET-PIECE HILL CLIMB
With low-range selected and front, centre and rear diffs locked, the unladen G-Professional ascended the set-piece hill climb easily enough, but it didn’t look all that smooth doing it.

With stiff rear springs capable of hauling a two-tonne load, but with nothing actually in the tray this time, the G-Professional exhibited virtually none of its potential rear wheel travel, and the super-stiff chassis barely flexed. As a result, opposing rear wheels lifted high off the ground over the set-piece hill climb’s deep holes, and the G-Professional had to rely on its locked diffs to maintain traction and forward momentum. 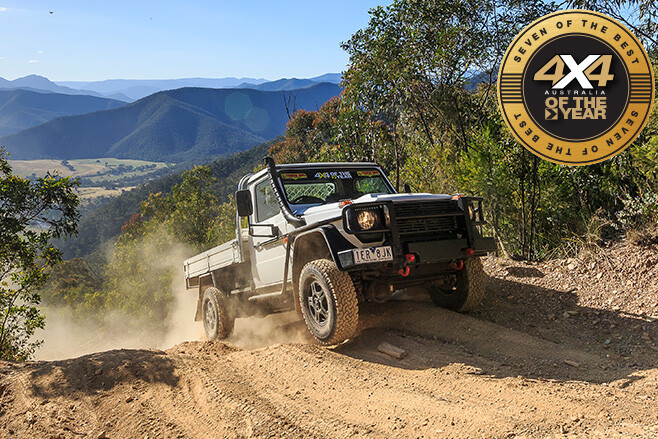 The G-Professional exhibited a similar style when descending the steep hill, dropping its front wheels into holes while kicking its rear wheels high into the air. This resulted in an uneasy feeling behind the wheel. “Instead of walking through the holes, it walks over them, and bounces you around because of that,” explained 4X4 Ed Matt Raudonikis after tackling the set-piece hill climb. He was, however, impressed with the G300’s excellent low-range reduction and impressive engine braking.

CABIN, EQUIPMENT AND ACCOMMODATION
Wow! $120K and you don’t even get cup holders! At least air-conditioning is standard, as are wind-up windows, a passenger grab handle and a floor plug with a chain so you can drain water out if necessary. Despite the centre console being bolted shut to house the G-Professional’s electronics, there are decent-size storage boxes under the seats and a lockable glovebox. 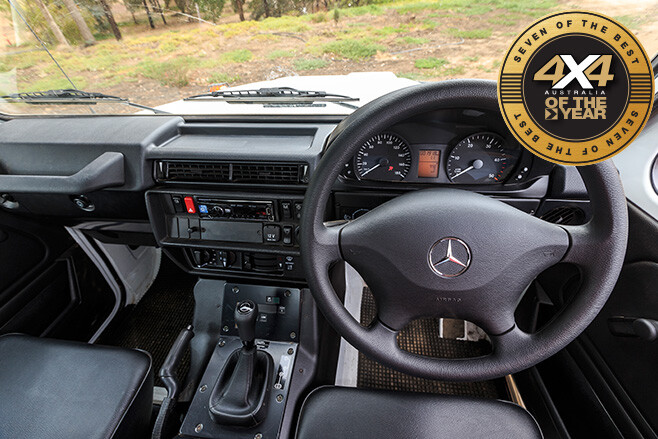 Safety gear includes dual airbags, ABS, brake assist, electronic brake force distribution and electronic stability control. The Benz also comes standard with a snorkel, bullbar, side rails, headlight and indicator light protector grilles, and a full-size spare (loose). The tray fitted to the test vehicle is an aftermarket item, as M-B supplies the G-Professional as a cab-chassis only.

PRACTICALITIES
The standard snorkel, bullbar and side rails are great, as are the bright red recovery points front and rear that look like they could haul a Panzer tank out of the muck at any point in time. 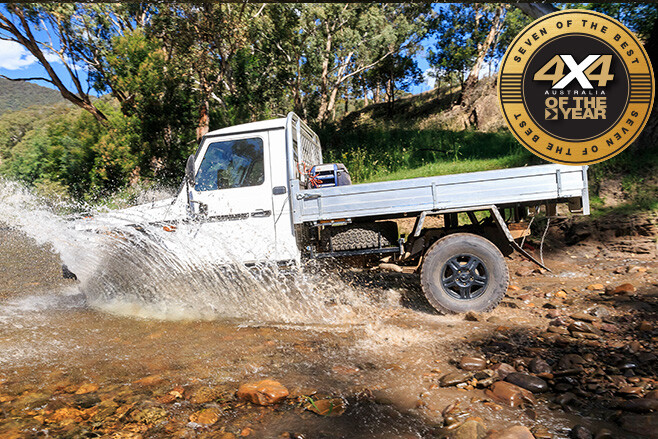 The G-Professional is fitted with LT265/75R16 BF Goodrich All Terrains and there’s a tyre pressure loss warning system. As well as plenty of ground clearance, the Benz’s underbody components are tucked up and out of the way, so you’re unlikely to harm anything.

The huge mirrors are excellent, as is the passenger’s grab handle, which prevents them from being thrown around the cabin as you bounce over tracks.

SUMMARY
The G-Professional had its fans and haters after a week in the bush. “I might be a glutton for punishment but the G-Professional was the one that had me smiling all week,” 4X4OTY judge Dan Everett said. Penny Wells, on the other hand, offered this: “The one vehicle I was extremely keen to test drive quickly became the one I disliked, partly due to not packing a kidney belt for the week.” The G-Professional really proves the old adage ‘horses for courses’. If you had a heavy load to haul then the Benz would be up for the job. But if you had to occasionally drive it unladen, or over long distances, you’d probably struggle to last a full day in the saddle.

TOUGHEN UP
A kit for the Benz cab-chassis has not been developed, but Tough Dog will be consulting with specific application users, such as the military, to establish what the vehicle will be used for so it can tailor suspension solutions to suit. 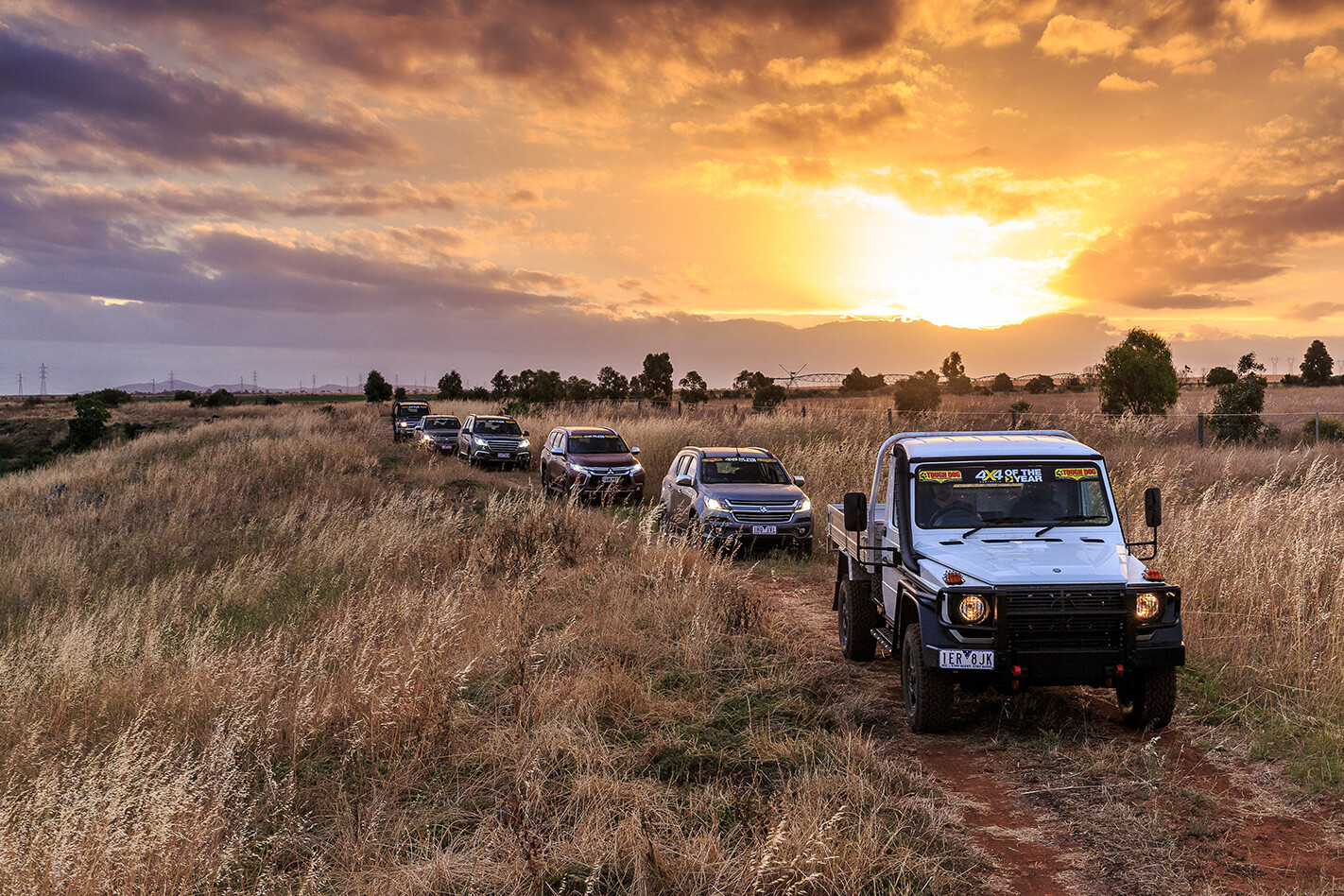 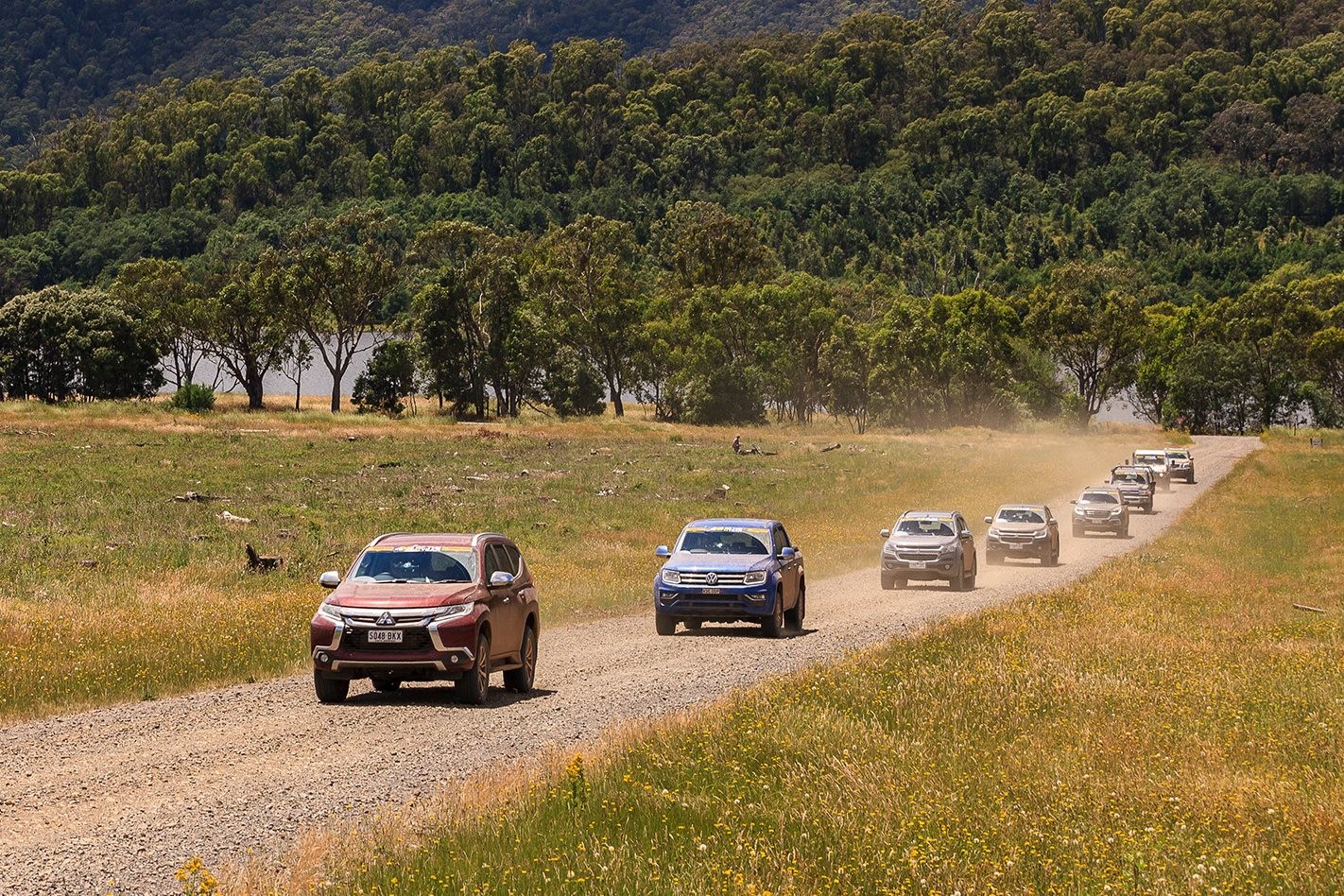 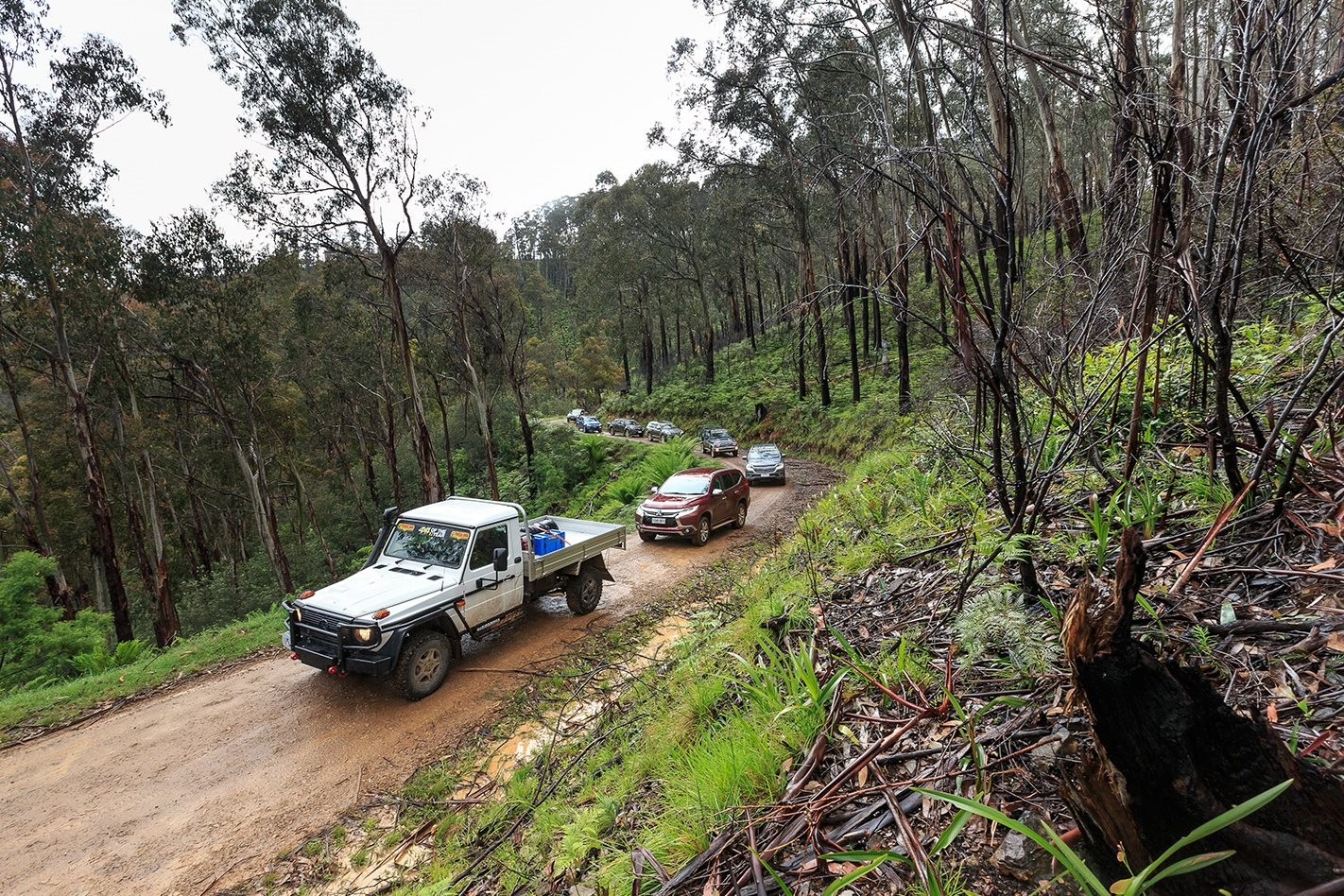 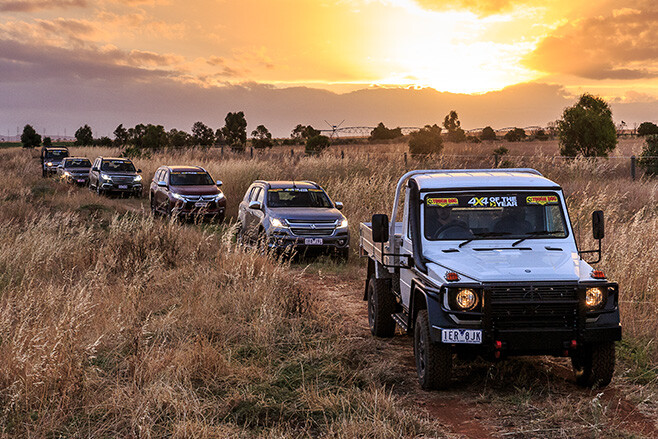