FOUR years have passed since a Triton has appeared on the shortlist for 4X4OTY. That was the all-new, fifth-generation MQ model that arrived in Australia in 2015.

What you see here is Mitsubishi’s new MR Triton. It’s not so much of an all-new model but more a midlife refresh of the MQ. 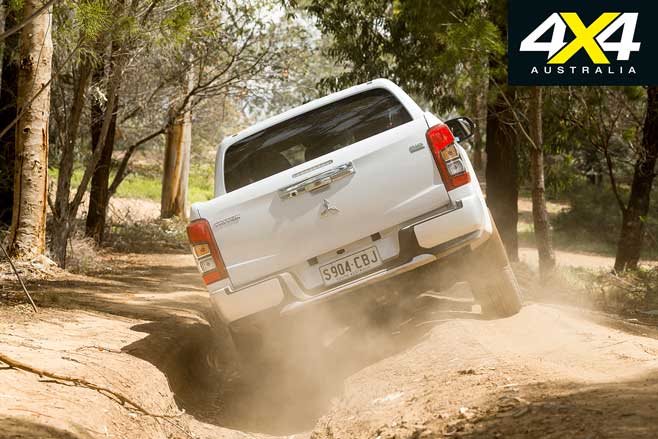 The significant mechanical change is the adoption of a new six-speed automatic that replaces the previous five-speeder but there are also new springs and dampers at the rear to improve the load carrying, it seems, and terrain-specific modes have been added to the 4x4 system. There’s also new active safety equipment and distinctive new stying just to let you know it’s a new model.

In a dual-cab market that’s both very crowded and very competitive, the Triton is outsold only by the Toyota Hilux and the Ford Ranger thanks largely to pricing only bettered by Chinese, Indian and now Korean utes. And while this new Triton is a little more expensive than the out-going model it’s still the least expensive of the mainstream dual cabs. What we have here is a GLS, so one down from the top-spec model but still a modest asking price of just over $50K on the road. 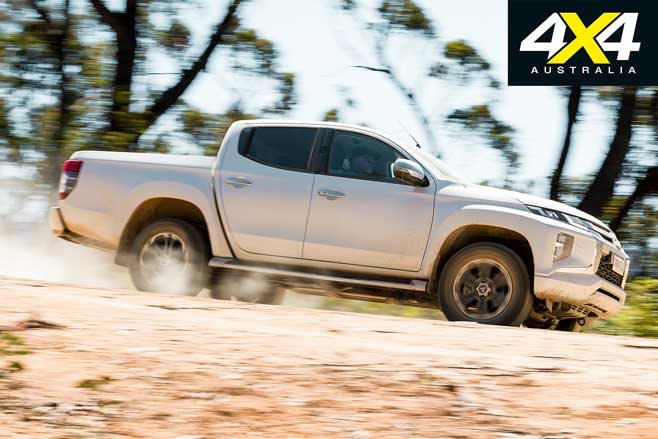 The Triton’s 2.4-litre four-cylinder diesel was an all-new design when introduced in the MQ model in 2015. It’s a revy engine by contemporary diesel standards with its maximum torque not achieved until 2500rpm, a high figure given today’s diesels typically achieve their maximum torque well below 2000rpm and even as low as 1400rpm in the case of some such as the Musso tested here.

The Triton’s general performance is helped by its trim weight and shortish final-drive gearing and it performs a little better than the on-paper maximum power (133kW) and torque (430Nm) figures suggest even if it does rev a bit more to give its best.

The engine’s still smooth running and reasonably quiet for a diesel and likewise the new six-speed automatic offers good refinement and well-sorted (i.e. not too lazy) shift protocols. The gearbox also works nicely in the ‘manual’ mode, which can be operated via the shift lever, or via paddle shifters behind the steering wheel. 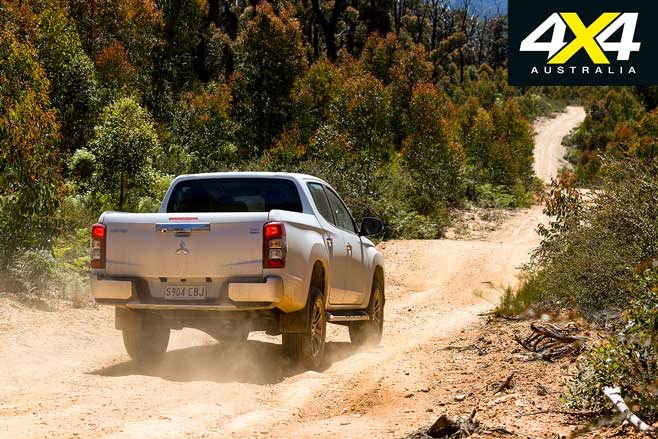 There’s a sportiness about the powertrain that’s mirrored in the Triton’s chassis with crisp steering and agile handling. On slippery roads, wet bitumen and the like, there’s also the surefootedness of full-time 4x4, courtesy of the Triton’s Super Select II transfer case that also offers a rear-wheel-drive mode.

Not so good is the firm ride and the kick that the rear suspension can give over bigger bumps, especially with little load onboard. This is the downside of improving the chassis’ load-carrying performance, which was a criticism of the previous model Triton. 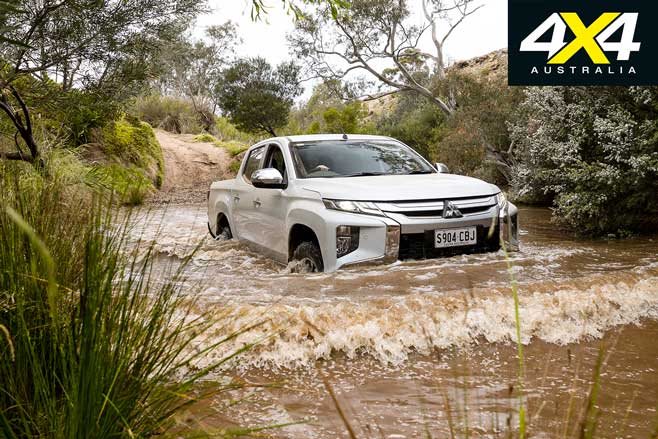 The Triton’s firm ride is something that also makes its presence felt on rougher trails but otherwise the Triton does a reasonable job. It has a relatively short wheelbase for a dual-cab ute, which helps with general manoeuvrability, and has decent clearance and a good approach angle. Not so good is the only modest wheel travel and the long rear overhang.

This new model brings driver-selectable programmes for gravel, mud/snow and sand, which can tweak the ESC and the ETC as well as the throttle mapping and gearbox shift protocols, although locking the centre diff (by selecting 4HLC on the transfer dial) and the rear diff are both done by the driver as the 4x4 system is still mechanical. 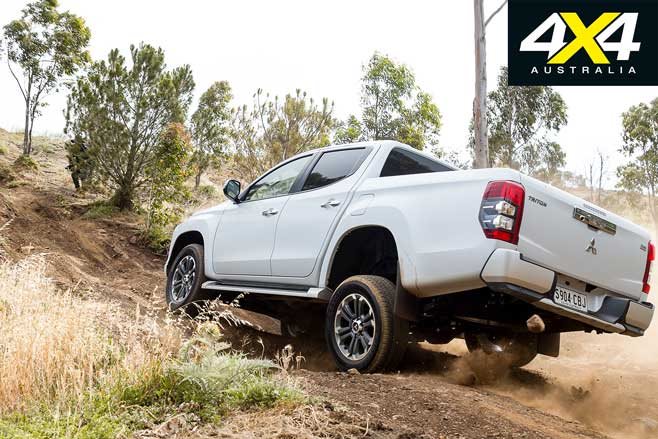 With its modest wheel travel working against it, the Triton wouldn’t get up the set-piece hill climb without engaging the rear diff lock, as the electronic traction control (ETC) is not as well sorted for off-road use as it could be. Other manufacturers have done better with specific off-road calibration of the ETC for when the vehicle is in low-range.

Engaging the Triton’s rear locker actually cancels the ETC on both axles, so is not always an advantage, but it worked on the steep set-piece climb as most of the weight is on the rear axle. 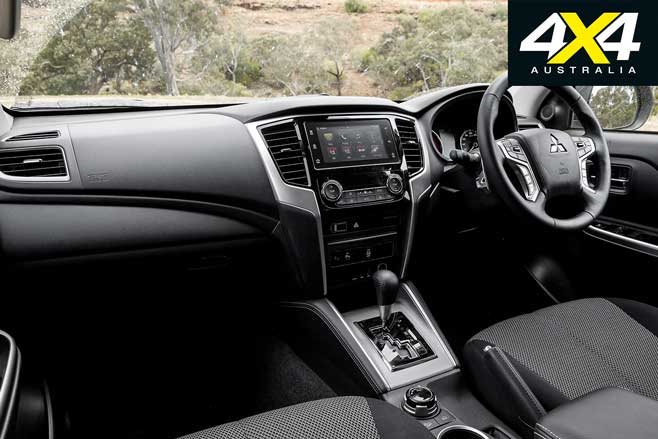 The Triton’s cabin is smallish by dual-cab standards, both up front and in the rear where it’s a squeeze for three adults. Up front the driving position suits shorter rather than taller drivers best and the seat squab is closer to the floor than in other dual cabs. Tilt-and-reach steering-wheel adjustment is however a nice touch and not too common in utes.

The cabin is nicely finished but still feels a little utilitarian, perhaps because at this spec level it lacks smart-key entry and push-button start and doesn’t have embedded satnav at any spec level, relying instead on smartphone navigation via Apple CarPlay/Android Auto.

But the Triton is loaded with safety kit which, even in this non-top-spec model, runs to seven airbags, automatic emergency braking, lane-departure warning, blindspot monitoring and rear cross-traffic alert. 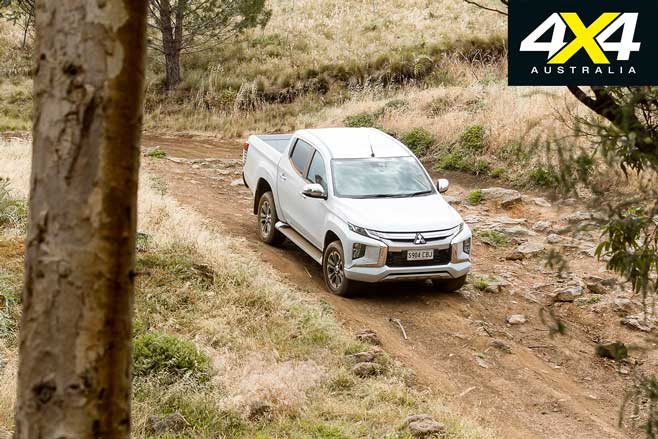 There’s no 12-volt outlet in the rear tub, which is disappointing given this is a recreational (not commercial) grade model and, as ever, the Triton’s tub is one of the smallest among he popular dual cabs and the tie-down hooks are situated too high. The Triton also doesn’t match the big utes for tow or payload ratings. But smaller can mean handier too in any confined space, and not everyone wants a big ute anyway.

The Triton only has one front recovery hook, and none at the rear, although the engine air intake is via the inner guard, which brings some security for deep water crossings.

The Triton does absolutely nothing wrong, but aside from its full-time 4x4 system and generous lashings of safety kit it isn’t remarkable in any way. Still, it’s not expensive, so no one is complaining. Right? 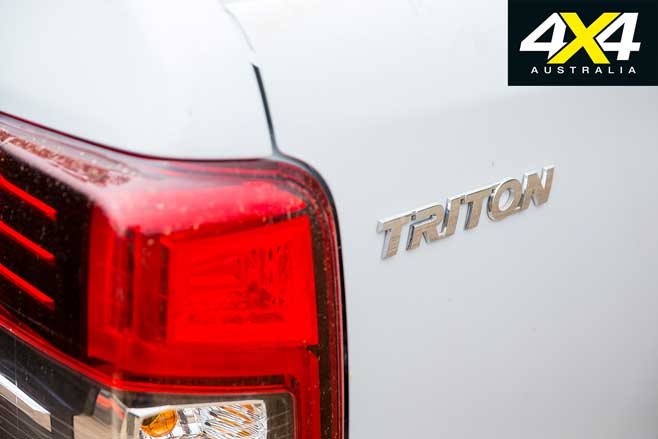 The search for the best 4x4 of the Year 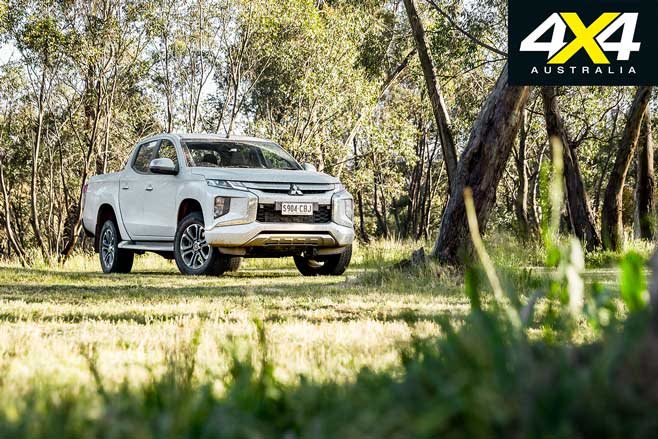 This is a ute that does nothing wrong but nothing too brilliantly either, although it does offer the convenience and safety of full-time 4x4, something that most utes don’t do. If you’re not after a boofy, heavy-duty dual-cab, the Triton offers much given its near bargain-basement pricing. 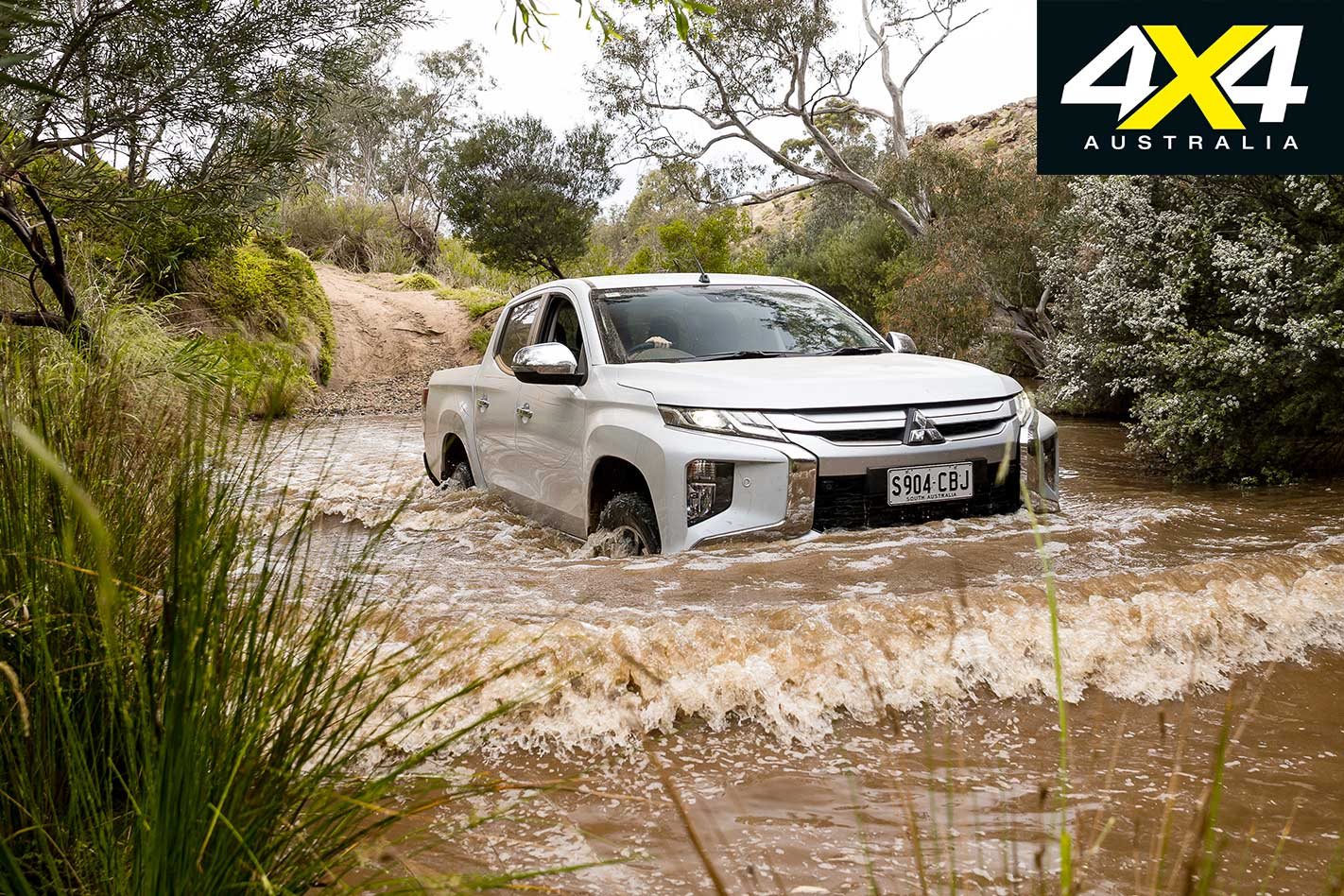 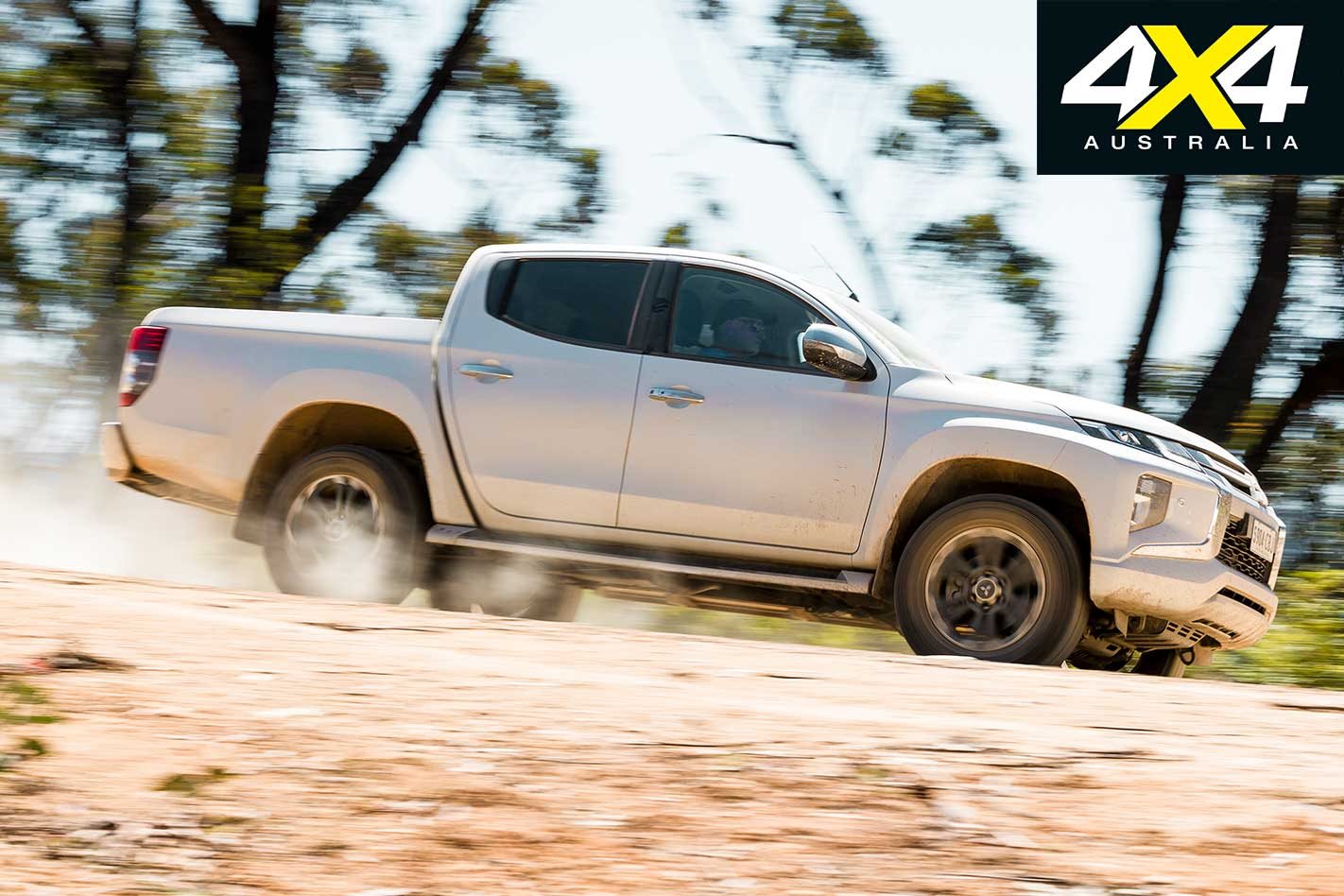 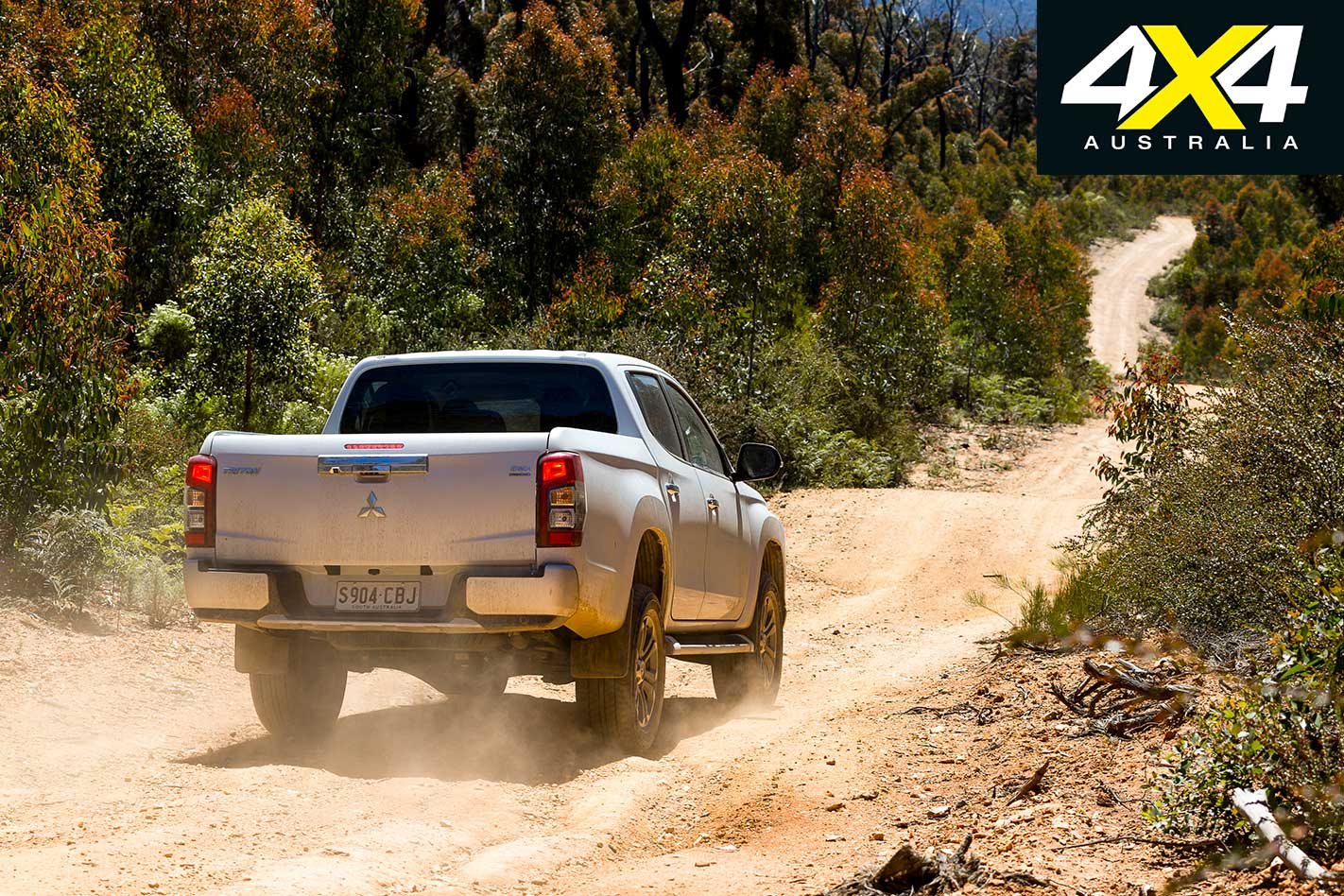 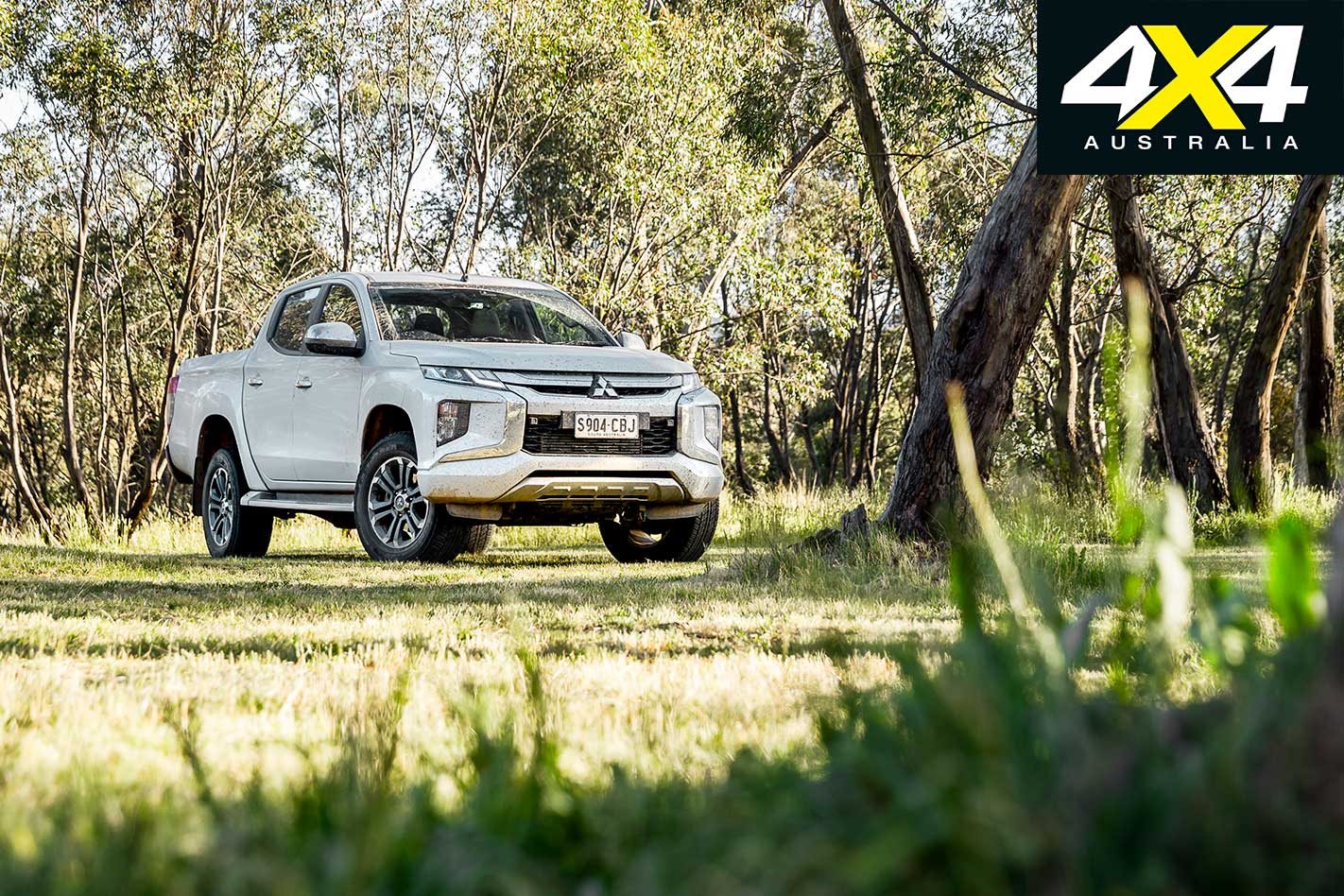 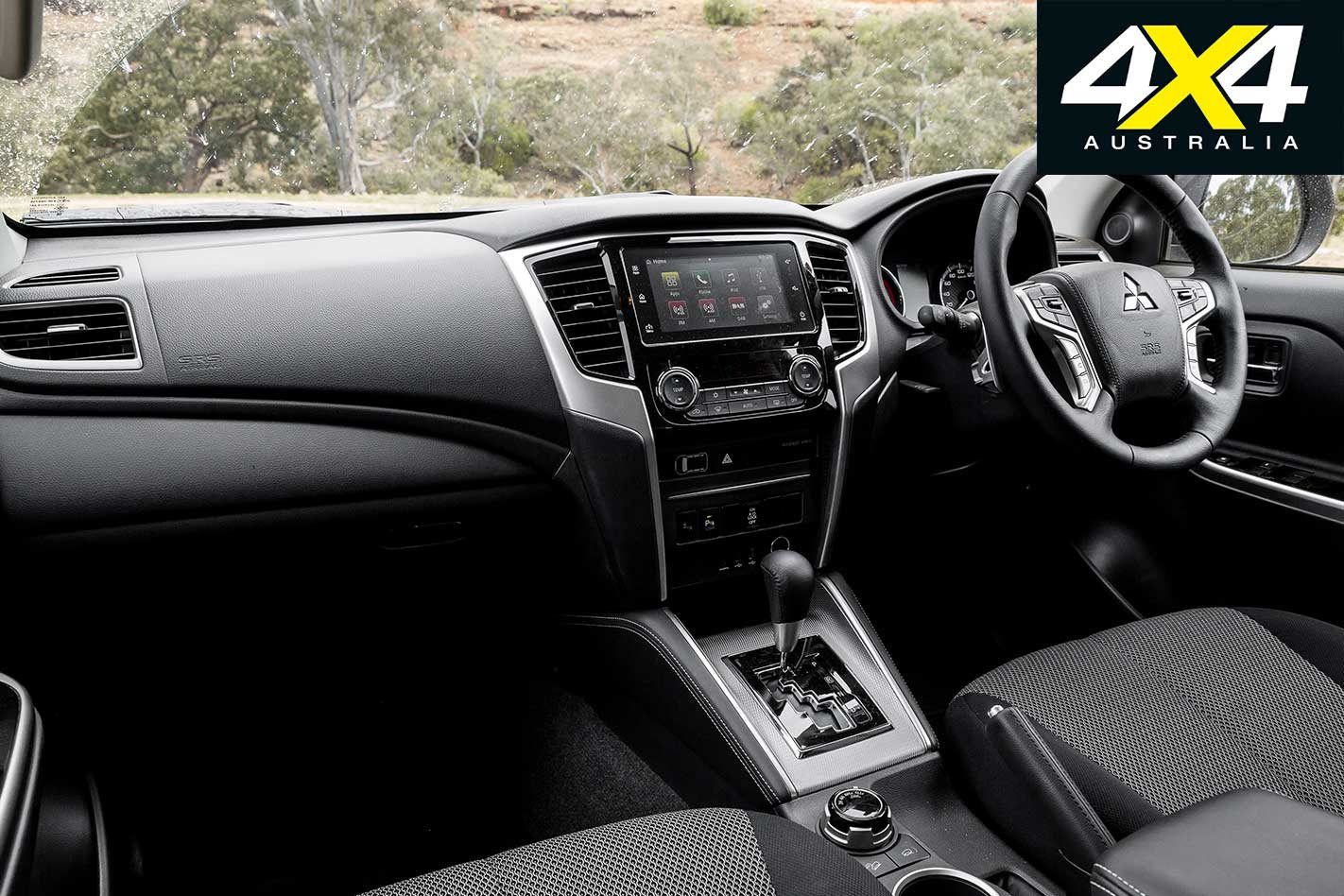