THE Suzuki Jimny is the gift that keeps on giving.

It’s back again at 4X4OTY after last appearing five years ago thanks to the introduction of electronic traction control off the back of the then-mandatory introduction of Electronic Stability Control. 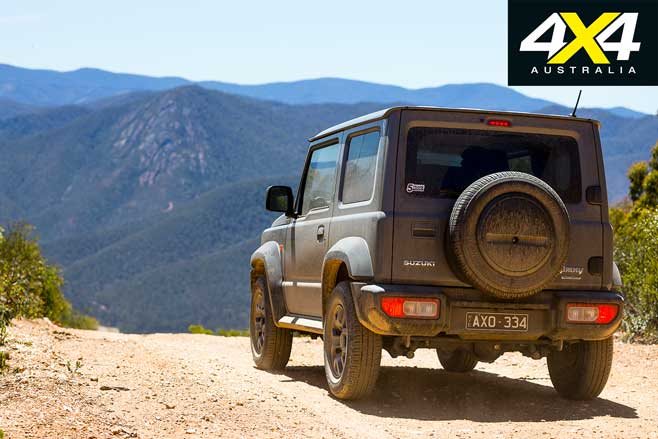 That was the last iteration of the previous generation Jimny that dates back to 1998. What we have here is the latest generation Jimny that brings a new 1.5-litre four-cylinder petrol engine (replacing the previous 1.3) and is marginally heavier, wider and taller, and rides on a wider track and on skinnier tyres than the superseded model. It also has an all new but nicely retro body.

If you’re starting to get the sense that there’s a lot of history here you would be right, as only a rare few of today’s 4x4s can trace direct ancestry back 50 years. What started in 1970 with the LJ10 and its 360cc air-cooled twin-cylinder two-stroke engine, a reflection of Suzuki’s motorcycle heritage, has culminated in this latest model.

Between 1970 and today much has changed but two things have remained constant, namely a separate ladder-frame chassis and live axles front and rear. That puts the Jimny in the same ‘old-school’ club as the also shortlisted Jeep Wrangler Rubicon. 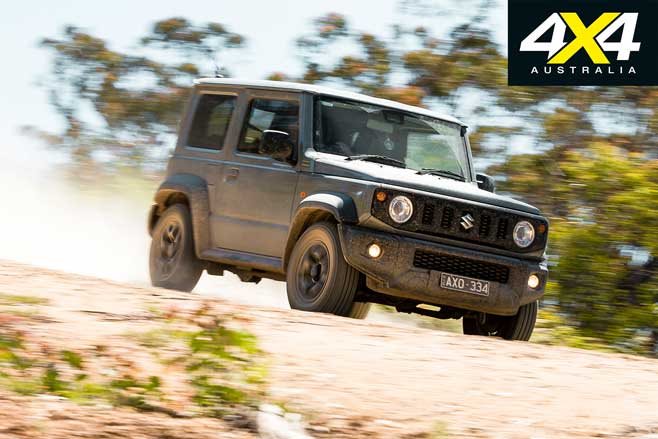 This new model may have the biggest and most powerful engine ever to appear in a Jimny, but 75kW still isn’t anything to shout about. Thankfully, that 75kW only has to deal with a vehicle weighing 1100kg, so it’s like having 150kW in something like a Prado. That respectable power-to-weight ratio means that the Jimny is nippy enough off the mark and up towards highway speeds, but once there it starts to run out of puff given the engine has to fight weight as well as aerodynamic resistance.

While the engine is generally flexible in easier driving, to get the most out of it you need lots of revs and rowing along via the light-shifting manual gearbox. The relatively short overall gearing sees the engine is singing along at over 3000rpm at 110km/h in top gear. Still, the little petrol four thrives on revs and is smooth enough even if it can get a little noisy and tedious for longer highway stints. Long-distance touring is not the Jimny’s forte.

The chassis feels great at lower speeds and on tighter roads where it’s nippy and responsive but it doesn’t like higher speeds, especially on bumpy roads where its confidence and composure fade. Its general ride quality and comfort are still pretty good though, especially for something so light. 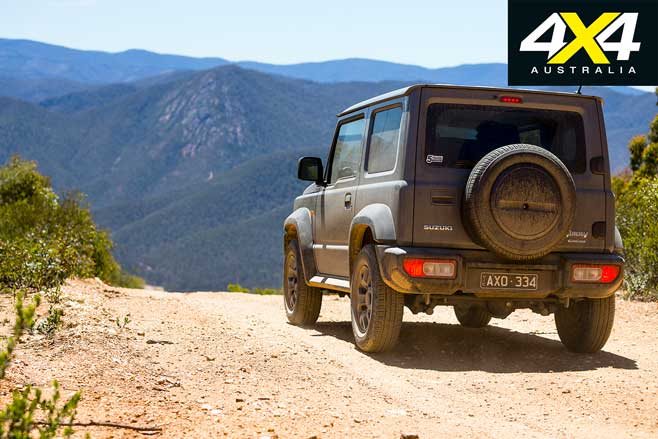 If the Jimny works better at low speeds on the road, it really comes into its own on trails, the tighter, the better. More than anything else, the Jimny’s tiny size and great visibility make it ridiculously easy to drive around an obstacle if you can’t drive over it, which you can do most of the time thanks to the very short front and rear overhangs and generous ground clearance. Its light weight also results in strong performance on soft surfaces.

On the other side of the ledger, a larger wheel/tyre package would help as the standard 195/80R15s tend to fall into holes, especially on tracks worn by larger 4x4s. The gap between first and second is also noticeably wide, even if the low-range reduction is handy enough, so you need to be attentive to engine speeds if you don’t wish to lose momentum on climbs. 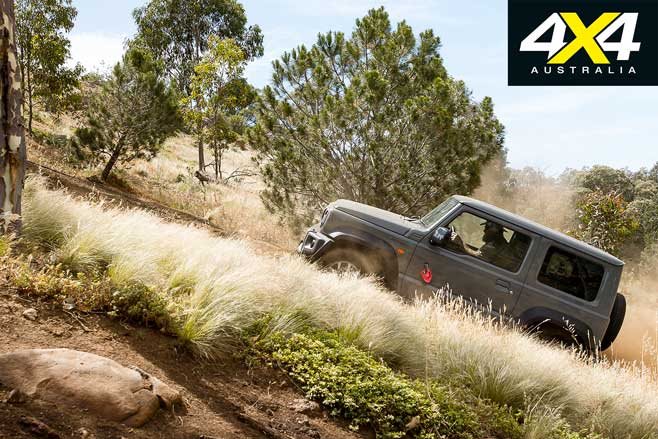 Our steep set-piece climb is littered with deep holes, which had the little Suzuki working hard with its small tyres. Still, the live-axle suspension gives plenty of articulation and the electronic traction control helps if and when it lifts a wheel. The Jimny got to the top of the climb and didn’t have to work as hard as some of the others despite its highway-pattern tyres, and it got down easily enough thanks to its lowish first gear. 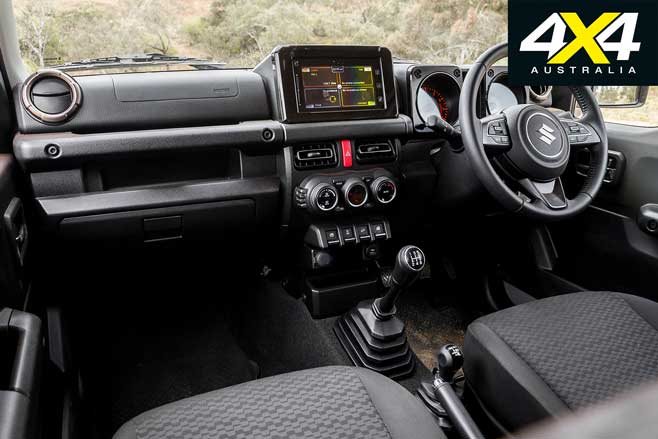 The Jimny may be tiny on the outside but feels bigger inside even if it only seats four. Despite the lack of steering-wheel adjustment, drivers of seemingly all shapes and sizes can get comfortable and with the rear seats down there’s a surprising amount of luggage space although there are no tie-downs.

The equipment list runs to Apple CarPlay/Android Auto and while it also has forward collision warning, lane departure warning and rear cross-traffic alert, under the newer and tougher ANCAP safety assessment, the Jimny only rates three out of five stars. Tested under the ANCAP protocols of two years ago, the Jimny would have been a five-star car. 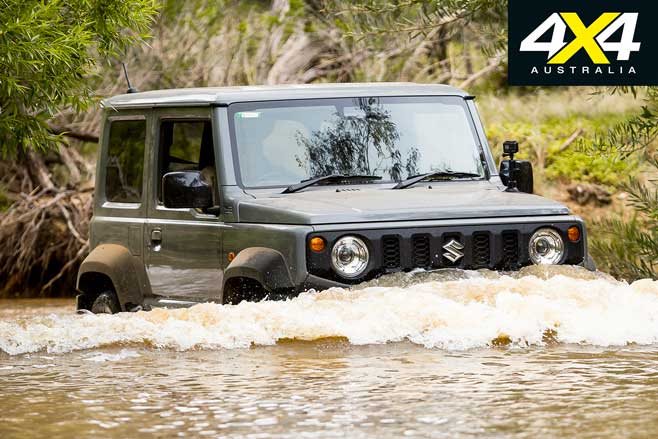 The Jimny’s short fuel range is its practicality Achilles heel. The consumption isn’t bad but the 40-litre fuel tank it doesn’t take you all that far. Meanwhile, the modest 1300kg tow rating and 360kg payload aren’t a surprise and perhaps even better than you would expect. Solid front and rear recovery points are a bonus but the vulnerable engine air intake would need to be addressed with a snorkel for deeper water crossings.

Nowhere else do you get a seriously capable 4x4 weekend fun machine and a brilliant city runabout in one. And nowhere else can you have as much driving fun for so little money. 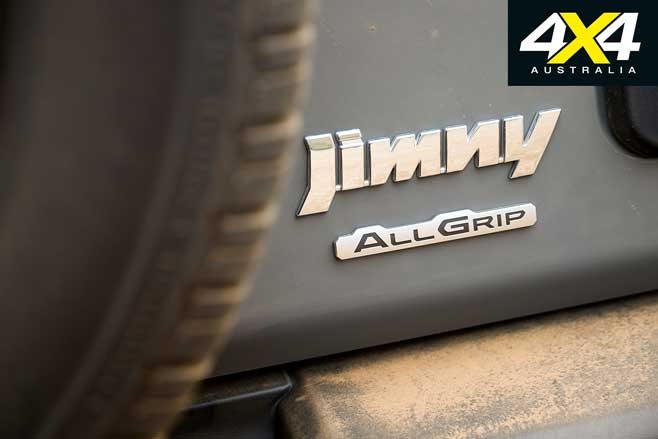 The year's greatest rigs at 4x4 of the Year 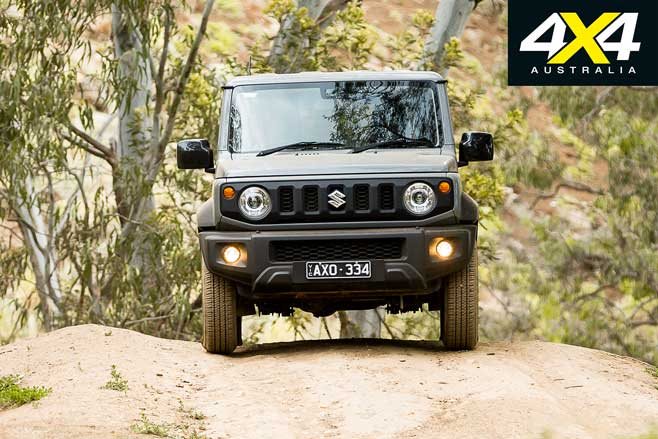 The Suzuki Jimny might not be the 4x4 you want for a long highway drive but that’s about the only place you won’t be happy driving it. Judge Dave Morley hit it on the head when he said: “I love the way this thing brings four-wheel-driving back to reality price-wise. Good fun, and more capable than I imagined”. 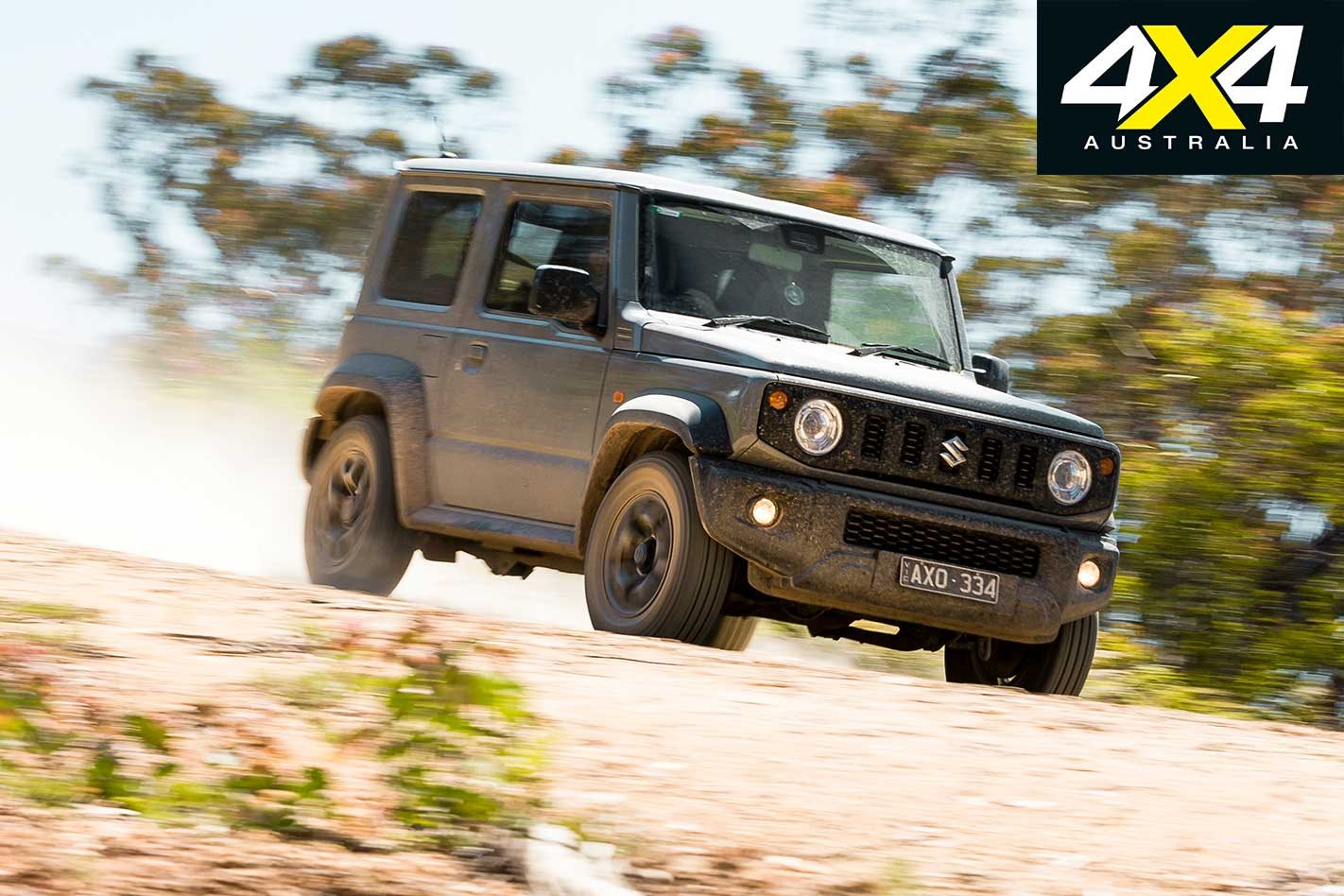 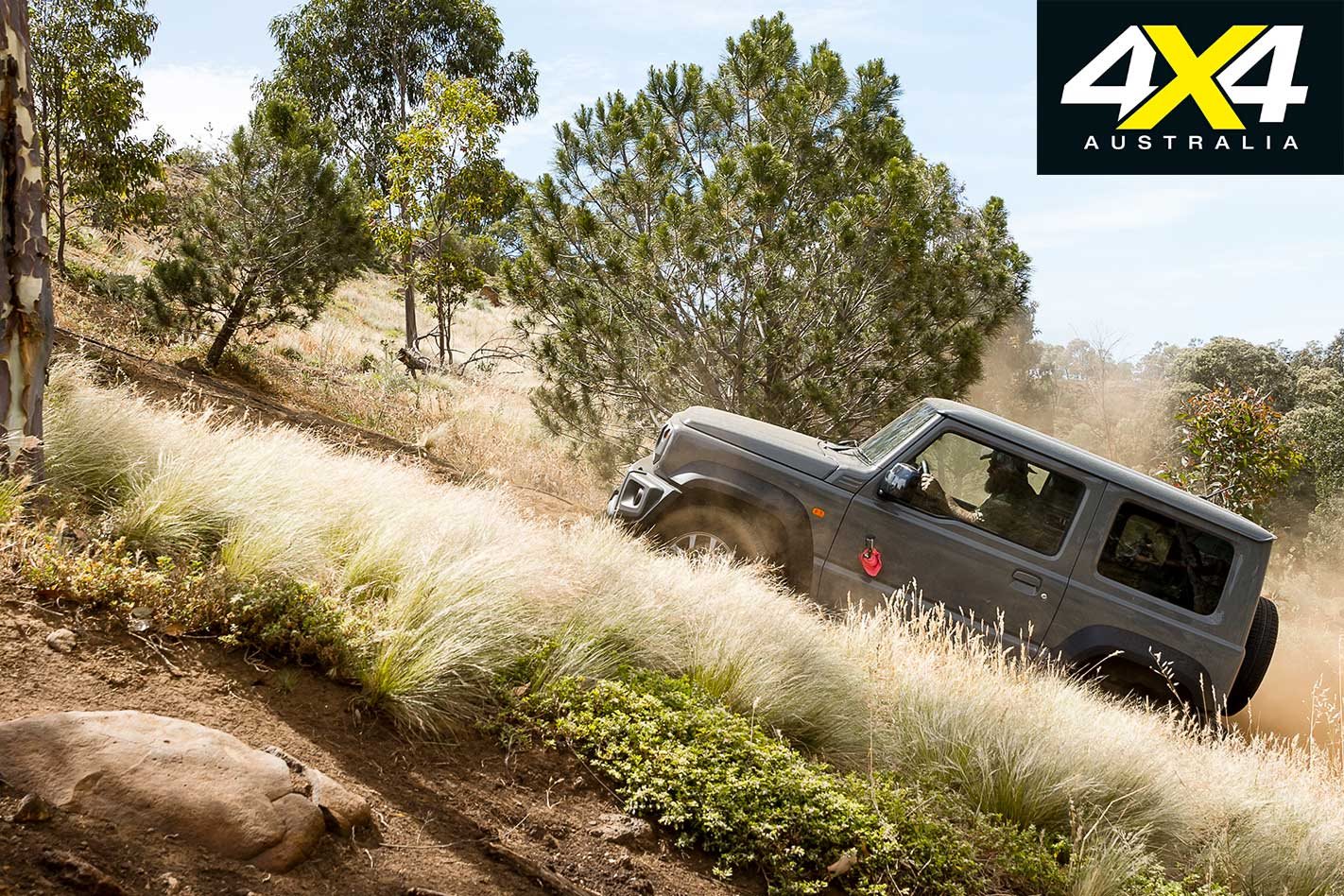 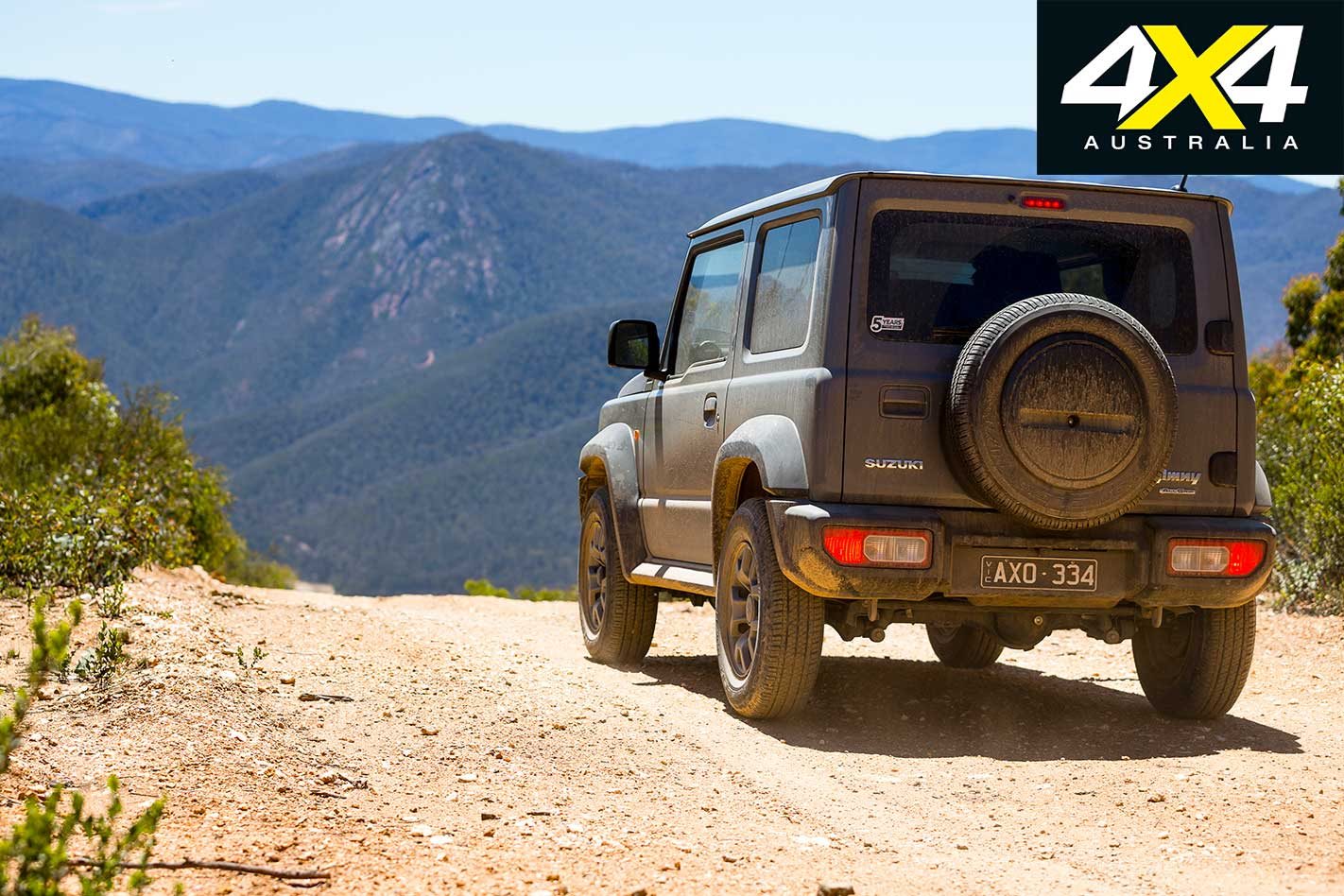 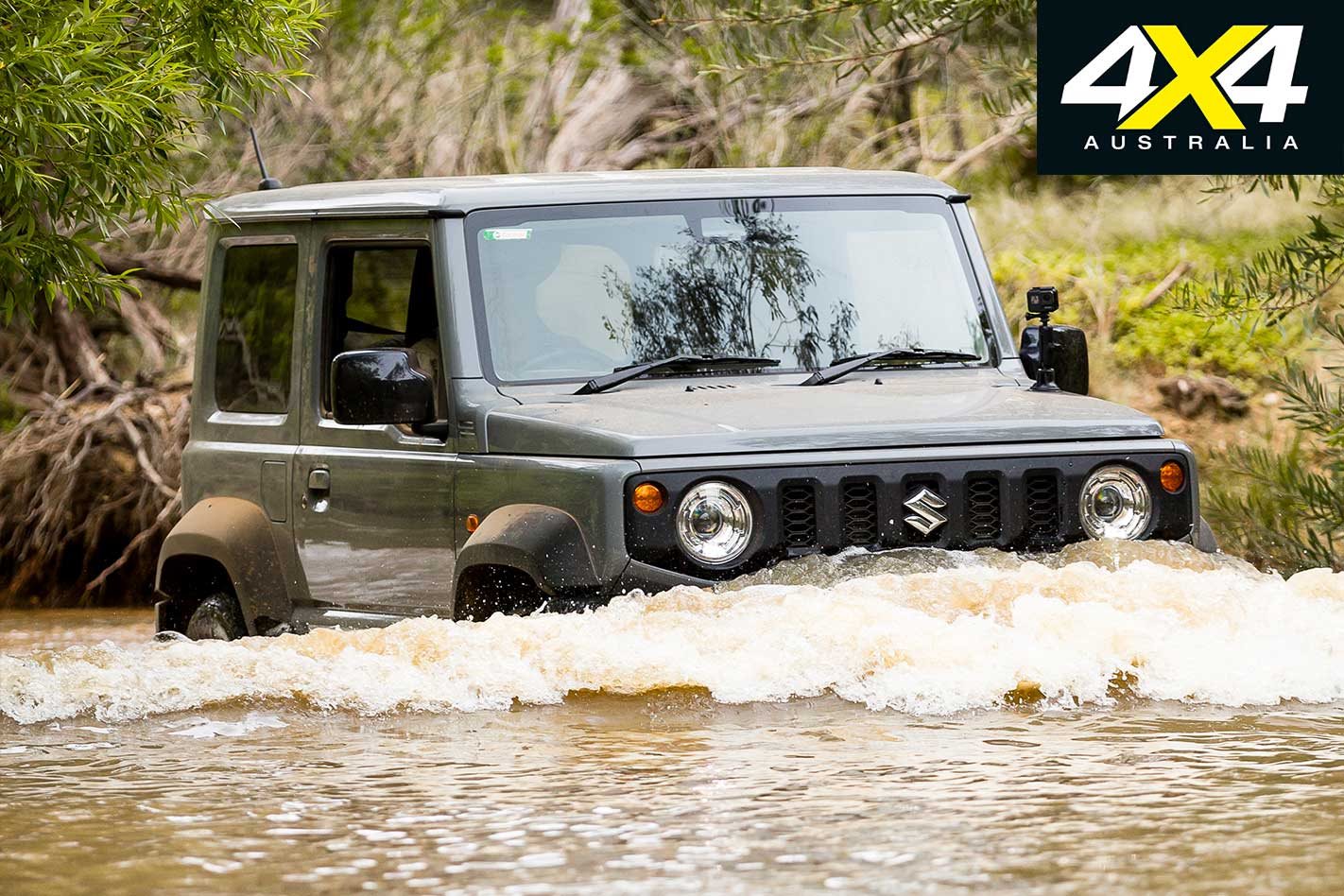 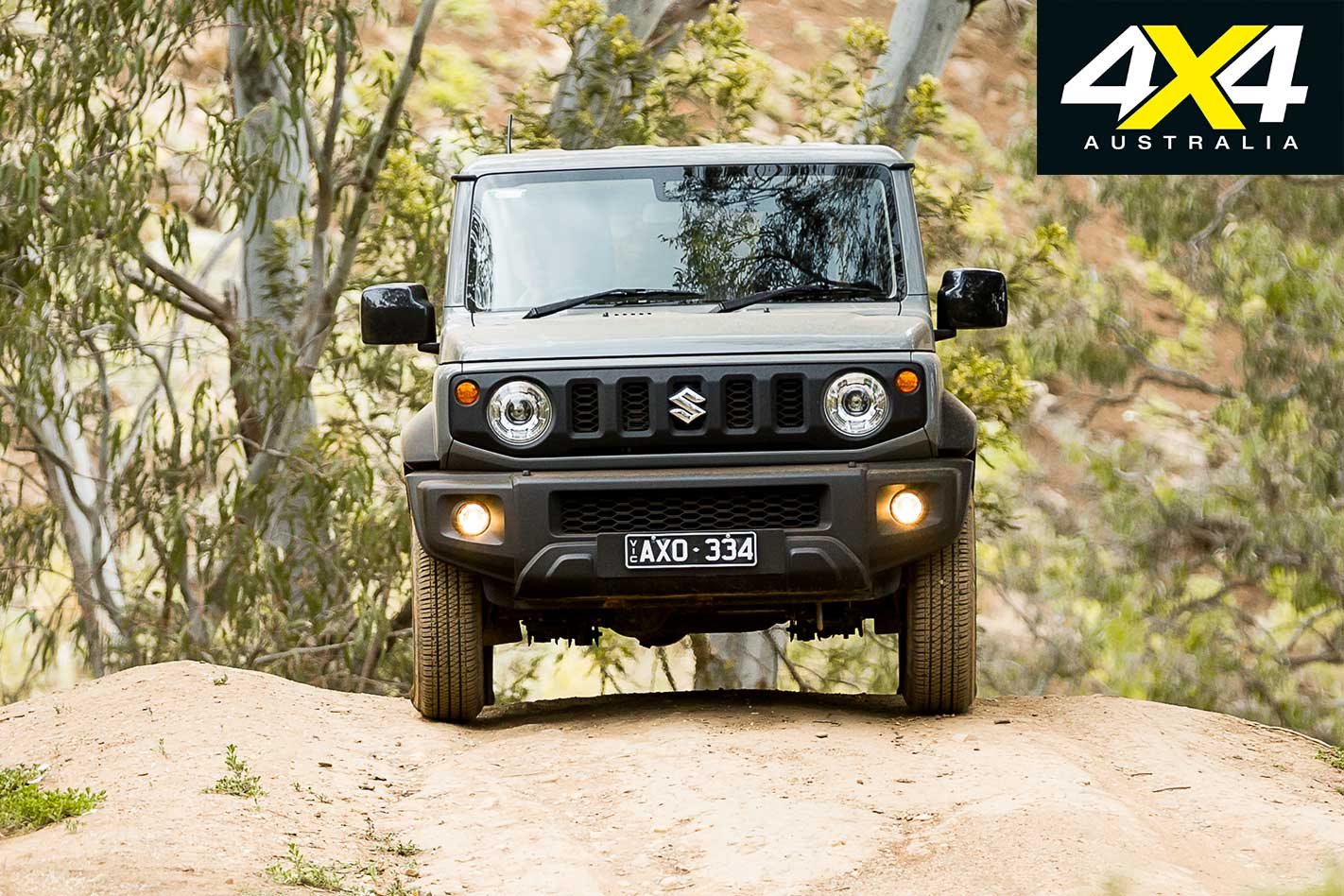 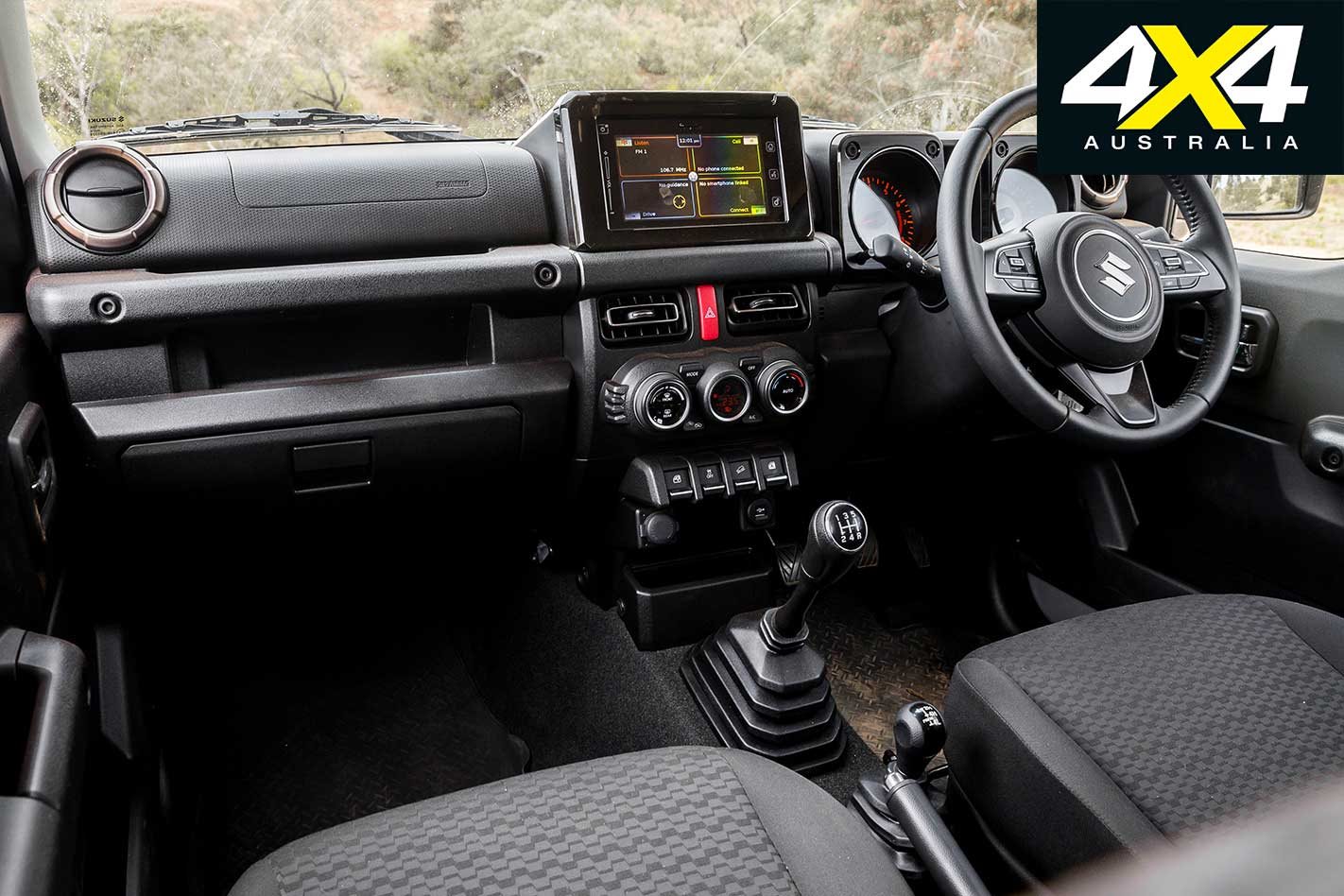