SOME folk start four-wheel driving because of work, the need to tow something heavy, or because a mate shares the inspiration.

Others, like Gavin Gillett, are born and bred to the short stick.

A third-generation Pilbara miner, Gavin grew up travelling across barely formed bush tracks, and he believes 4WDing isn’t a “thing you do”, it’s how you get from A to B. His family were exploring Karijini gorges long before the tourist invasion brought safe steps and sturdy handrails. According to Gavin, when you scrambled up the rock face, you clung for dear life to spiky spinifex as your feet desperately sought a toehold among the loose rocks. You needed to be fully self-sufficient, with plenty of water and supplies in case you broke down on a dusty, corrugated track and had to wait for someone else to drive past.

And that was just for a shopping trip into Karratha WA, which required four hours on dirt before reaching any of the unnaturally smooth black stuff.

Some people might have grown up and embraced the comforts of city life, but Gavin wasn’t just bitten by the 4WD bug, he’s got thousands of the critters wheeling through his bloodstream.

“My favourite part of 4WDing is that the landscape is so unique in Australia. It doesn’t matter in what direction I point the Cruiser, I know there is something world class in front of me,” he said.

From chasing bats through huge flood drains in his uncle’s ’79 Suzuki Jimny when he could barely see over the steering wheel and touch the pedals, Gavin’s driven plenty of fourbies. However, purchasing his own was a huge deal, because it was a long time before he could afford one.

In 2011, Toyota’s magnificent marketing machine hooked Gavin with its 30 minute infomercial ‘one way in, one way out’, with one of the first 50 FJ Cruisers in the country. 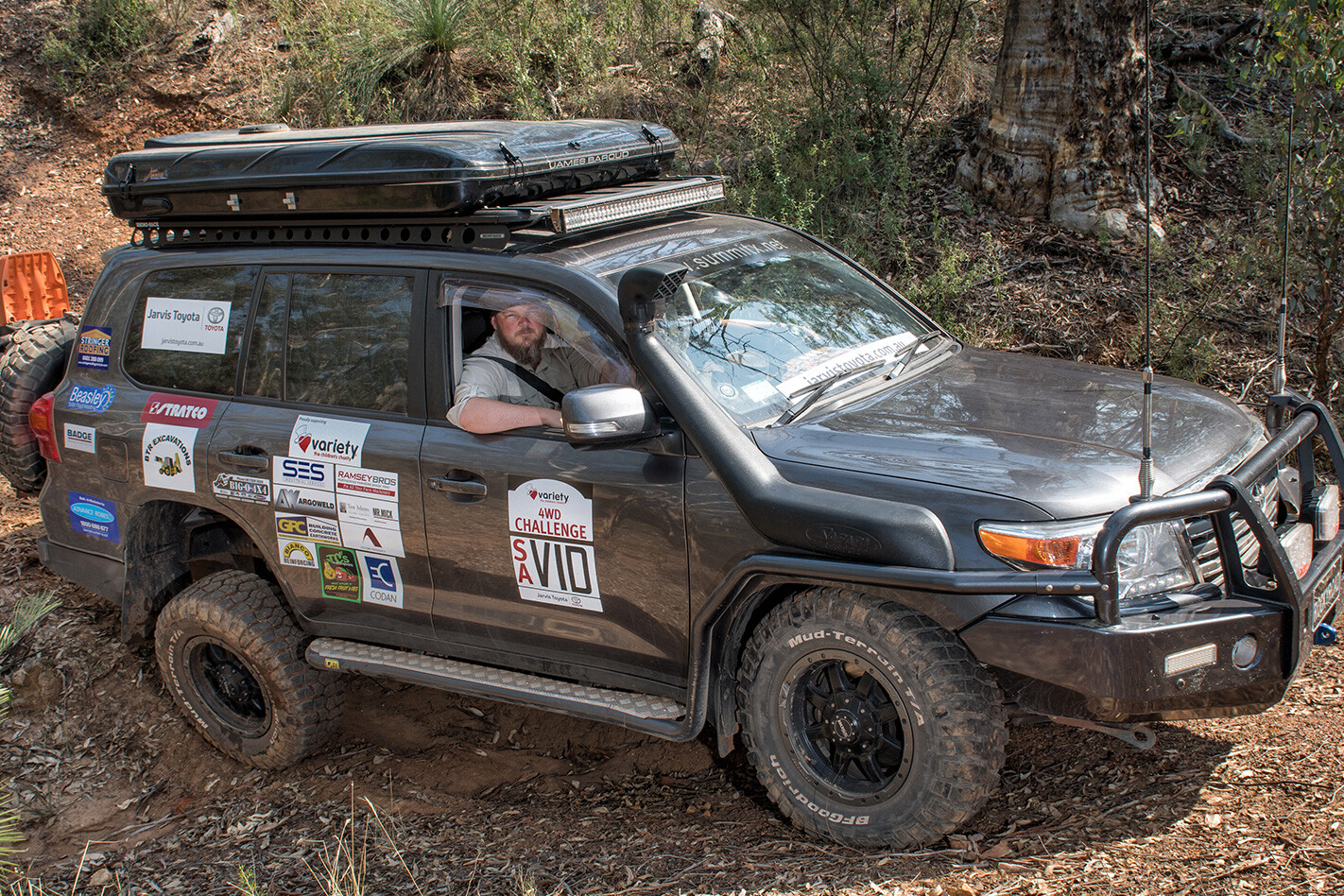 “The white roof and shady interior would help keep the vehicle cool in the harsh Australian Outback. With vinyl floors, standard diff lock and the proven Prado drive components for $20,000 less than a new Prado, it was the reliable touring vehicle I could afford and I didn’t even mind that it was so ugly.

It was going to get me everywhere I wanted to go and back again, and that’s all that mattered,” Gavin confessed. “With the FJ being so ugly it wasn’t long before we formed our own 4WD club so people would hang out with us.”

“I’m very proud of my 4WD club. I was there at the beginning when there were just 30 of us, and today there are more than 6000 people in the club from all over the world. I’m very honoured to be one of the people that runs Australia’s fifth largest – and by far most active – 4WD club.

Despite the endless ribbing I get for selling my FJ, we have created something special with this club, and I always appreciate the fantastic work done by the guys and girls that run the FJCC with me and the times we spend together out on the tracks.” Gavin still misses the FJ, especially for its short wheelbase. It was the ultimate weapon, tackling steep, rocky terrain out the back of Collie and Brunswick after heavy rain. But it was time to trade up to a bigger vehicle for remote long-distance touring.

“The 2014 200 Series Land Cruiser VX was simply the best 4WD money could buy. Right out of the box she’s got more power than most people will ever need, enough space for long range touring supplies, and room around the chassis for big water, fuel and air tanks,” he said.

“Sometimes I really miss my FJ, but all I have to do is listen to that twin-turbo V8 and I’m smiling. The big diesel is an absolute pleasure to drive – power, torque and 10.9L/100km economy on the open road. What more could you want?” 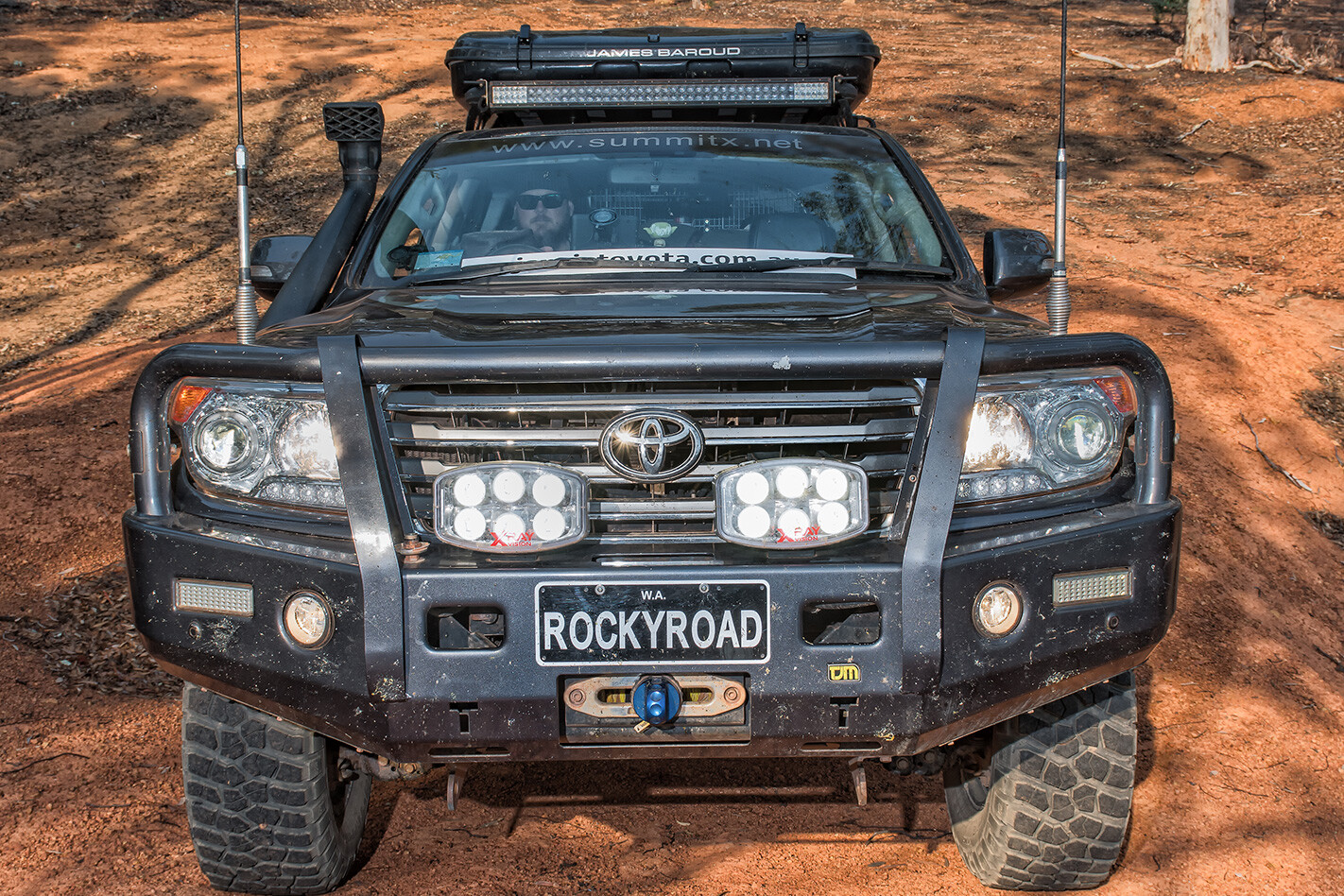 Gavin is probably not the first Toyota owner to have been taken by surprise by the capability of the traction control system. “It’s amazing if you know how and when to use it. Sand, mud, steep ascents and descents are all made easy and safe with the amazing traction control on these things, and it makes diff locks almost redundant,” he explained.

Which is a bit of a shame, as Gavin had the brand new 200 Series trucked straight to TJM for a whack of modifications including largely unnecessary TJM Pro diff locks front and rear. Yep, they’ve proven handy once or twice, but being so rarely called upon means Gavin could have spent that money elsewhere.

Other mods have repeatedly proven their worth. Having removed the underslung spare tyre, Gavin replaced the 45-litre auxiliary tank with a goliath 170-litre dam to take total capacity to 265 litres. Even fully loaded for touring, Gavin easily gets 1600km at highway touring speed, and careful driving can result in up to 1800km – as Gavin said: “Not bad for a vehicle that’s right on its upgraded GVM of 3800kg.”

Gavin doesn’t mind admitting he’s now too lazy to change gears. “You can prevent a gear change or hold a gear just as easily in a 200 as you can in a manual, but the auto comes into its own when you need to quickly change that gear on the fly because you’re about to get bogged.”

In addition to the standard breather mods, Gavin fitted a Torque Converter Lockup Kit. “This one mod really transformed the on-road performance and gave me another 200km of range by simply forcing the car to use sixth gear properly.” 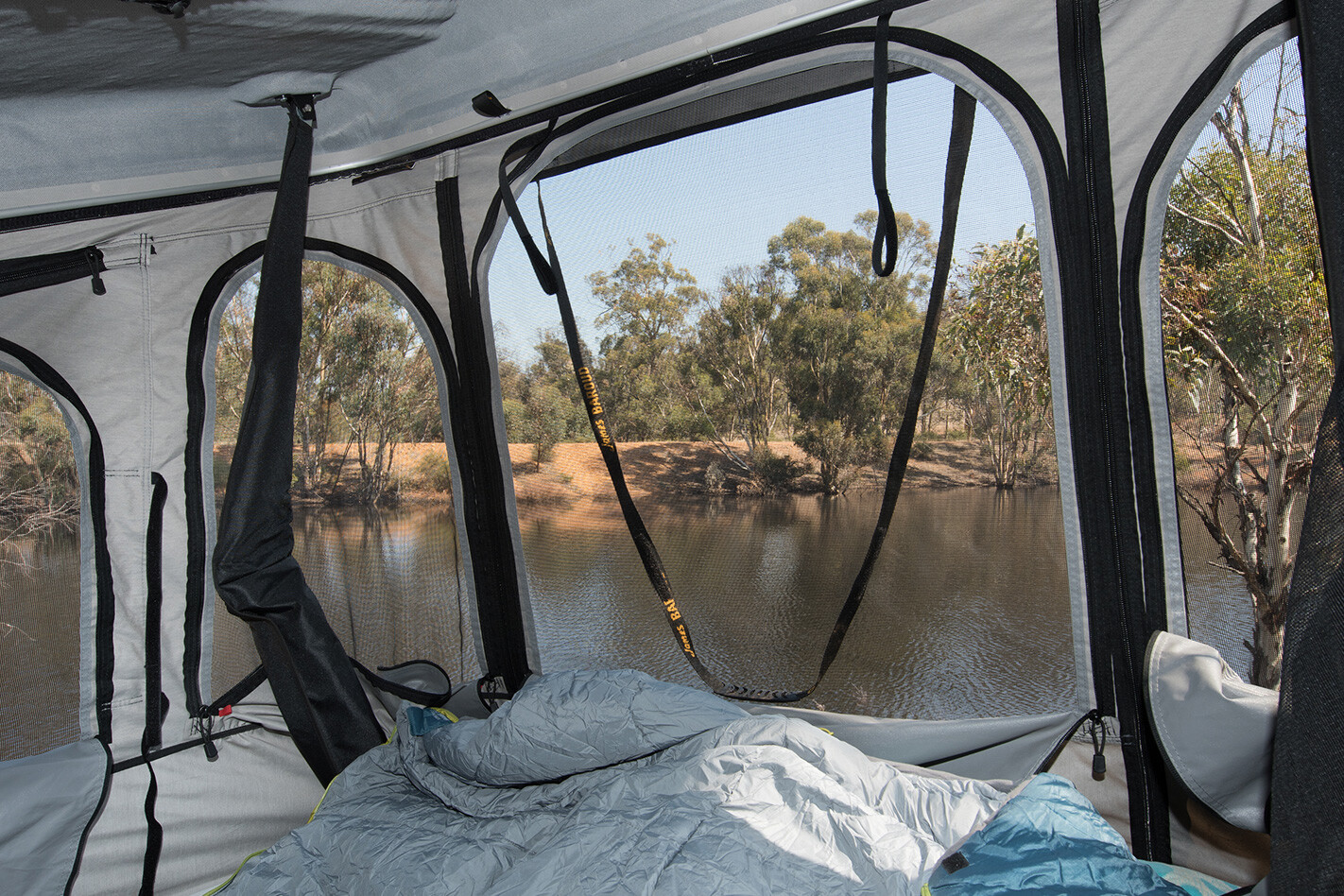 Gavin appreciated all the work that went into the first fit-out and thanked Luke at TJM for first-class, no-stress service that ultimately got things sorted, but he had problems with the suspension mods.

“When I first picked up my car from the workshop in Perth I knew something was wrong. The car was lower than stock ride height. Normally they just do the calculations and your vehicle has a two-inch lift after all the gear has been put on, but it seemed like the weight hadn’t been successfully factored into the suspension upgrade. Because I had to drive the car north, the workshop sent the correct springs to be installed in Karratha by an affiliate.” Gavin originally fitted Tough Dog 9 stage adjustable shocks, but the design of the adjuster meant it was rapidly chewed away by off-road rocks and gravel. After plenty of research, he switched to ARB’s BP-51s and is happy to sing their praises.

Another lesson learned was tyre choice. “I’m not sure if it was me or the Pilbara, but something asked far too much of my 17-inch Cooper ST-Maxx,” Gavin said.

After seven punctures in less than 10,000km, he decided the extra-deep tread on the Coopers was achieved through using a thinner carcass, meaning relatively insignificant objects pushed between the chunky lugs would result in a puncture.

After about 30,000km, the Coopers seemed to come good, and Gavin wondered if “the sun needed to bake them hard – like when the old cockies used to leave tyres in a paddock for a year before putting them on the old Cruisers”. He did switch them out, along with the black steel 17-inch rims he’d fitted to replace the original alloys. At 50kg or so each, the tyre and rim combo was a bit heavy, especially when dealing with punctures.

He’s happy with his BF Goodrich KM2 Mud Terrains. “I’ve done more than 30,000km without a single puncture and they still look like new.”

He fitted Boss Adventure rims, which met all the load limit requirements of the heavy Cruiser and, like Gavin, we reckon those false bead locks look pretty good.

Another noteworthy accessory on this well-kitted rig is the Rigid Industry rock lights. Gavin loves night driving, and these light up the wheel arch like daylight so that you and your spotter can easily see what’s under your wheels. All of the modifications helped Gavin achieve his major bucket-list goal: a solo trip along the Gibb River Road and Canning Stock Route in July. The trip has been two years in the planning and should take about a month.

Gavin plans to video the entire length of both tracks – a perfect adventure to share with his young son in years to come and ensure the lad is keen to follow Dad’s wheel tracks.

Gavin’s love for his Cruiser and his family is best summed up with a few parting words, “With big V8 diesels going out of fashion in the 4WD world, this 200 Series will be something I hand down to my son someday.”