THE TUNDRA seen in the above video is Toyota USA’s big-daddy pick-up – a six-metre long, two-metre wide hunk of American freedom.

Californian lad Chris Lopez is the owner of this self-titled “Blue Dream Tundra”, and he has tweaked it considerably since he bought the showroom-fresh Platinum edition three years back.

Despite wearing a few faces in the past three years the current incarnation is in full battle-spec mode, with the 5.7-litre, V8-powered Tundra adorned with a host of aftermarket goodness from head to toe. A 3M vinyl wrap from Daley Visual is complemented by a combination of Rigid Radiance Series lights in the bumper, behind the grille and above the cabin. 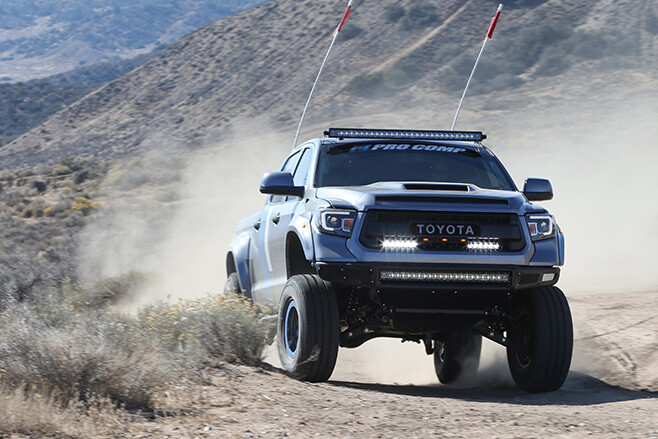 To read the full review and see what else this wild Tundra is packing, pick up a copy of 4X4 Australia’s April 2017 issue. In stores now!