FOR the tenth instalment of Readers’ Rigs we’ve assembled a couple of Mitsubishis and LandCruisers, a killer Patrol and a wild JKU Wrangler.

To feature your 4x4 here, snap your 4x4 when it’s off on an adventure and then post it on our Facebook page. Your rig might even get published in the mag one day and, if we really like it, perhaps you’ll even see it on the cover of 4X4 Australia! 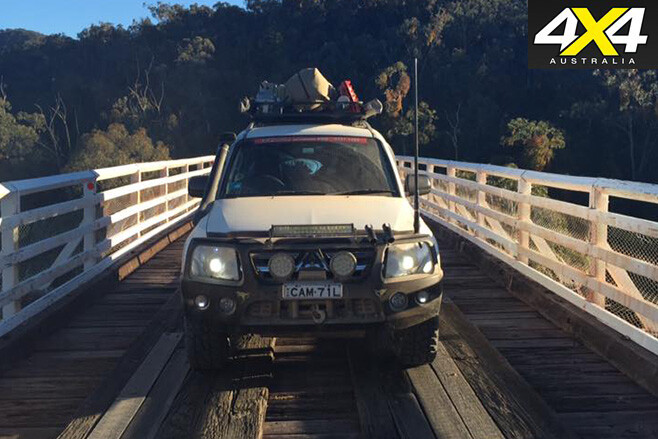 WHAT IT’S GOT: My 2008 NS Pajero (ex-police) Paj has been in the family for the past six years and it has many mods. The engine has a chip, custom three-inch exhaust and accelerator module. The body has a two-inch lift. It’s also got 32-inch Mickey Thompsons; full underbody protection; custom drawers; tilt-down fridge slide; SmartBar with Warn winch; LED light bar and driving lights; roof rack with three awnings; a jerry can; and gas cylinder holders. I have also fitted a lock-up kit to the tranny and in-dash off-road navigation. She has been to Fraser with a Jayco camper in tow and, most recently, up the Victorian High Country. My favourite spot is Stockton Beach – she loves the sand. TELL US ABOUT IT: I bought the Jeep in March this year. The best places I have been so far are the Scenic Rim, The Springs 4x4 Park, Glass House Mountains (this would have to be one of the best) and Bribie Island – all in Queensland. WHAT IT’S GOT: I’ve owned it for three years and built it from scratch. I won’t go into detail with a mod list as it will be stupidly long, but in a nutshell it has been locked and geared, and it features fancy suspension from Superior Engineering as well as loads of custom bits. It has been set up for a family of six. It gets around Southeast Queensland and Northern NSW, towing a camper when we’re touring. 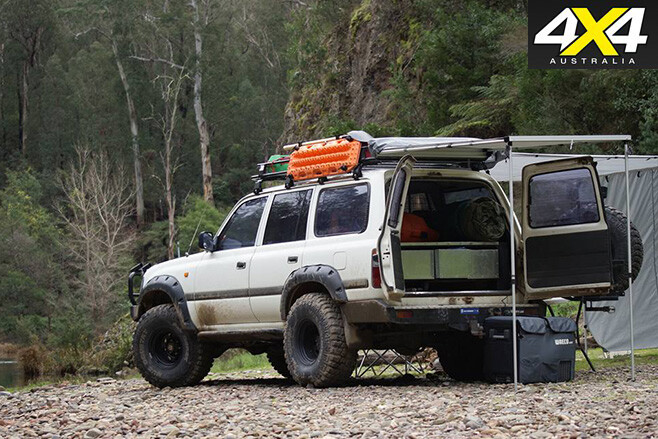 WHAT IT’S GOT: 1HZ diesel with turbo, two-inch lift, 35-inch tyres, KUT snake flares, rock sliders, dual batteries, a roof rack, side and rear awnings, a light bar, UHF radio, and a drawer set-up in the rear. We’ve had the Cruiser for about six years. Best place we’ve taken it to would be up and around the Victorian High Country. WHAT IT’S GOT: This ute is my pride and joy. It’s still got a lot of work to get it how I want it. I’ve had it around a year now and am yet to get it stuck. It absolutely loves the mud and makes my old D4D Hilux look like a toy. It’s got a worked 350 Chev; custom stainless 4-1 extractors; dual three-inch exhaust dumped at cab; 60 series diffs, gearbox and power steering; four-inch West Coast lift and shocks; 35-inch muddies on Sun Rims; Big Fuel pump; custom tank; and nine-inch HID spotties. 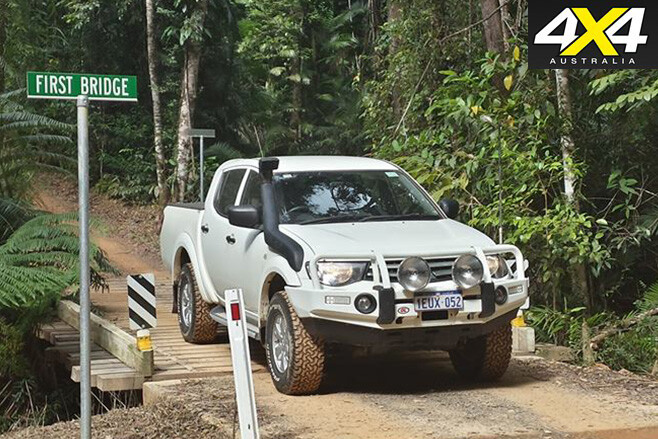 WHAT IT’S GOT: I’ve had it since new. It’s pretty much stock with Tough Dog suspension, BFGoodrich KOs, a bullbar, and Lightforce 240 Blitz driving lights. It’s done 80,000km – half of that has been off-road. The best place I’ve taken it is to The Gulf of Carpentaria via Lorella Springs. I have also taken it on the Gibb River Road twice, up to Mitchell Plateau once, and up the Nathan River Road twice. It’s also been to Cameron Corner, and it’s done a trip up the Strzelecki to Innamincka, then on to Haddon Corner and Birdsville. I’m currently parked on Cape York Peninsula, where the terrain and roads are very unforgiving. I’ve done the Bloomfield, CREB and Telegraph Track, and I still have around 8000km to drive before I return to Perth. This is a well-travelled Triton and I love it. Named it Destiny, because wherever I go it’s my Destiny.