When is a Mitsubishi Challenger not a Challenger? When it’s a Pajero Sport.

This is the newest Mitsubishi off-road wagon, a vehicle that will go head to head with the likes of the Toyota Fortuner and Isuzu MU-X when it hits the Australian market in December.

Being based on a Triton ladder-chassis, it could almost be called a ‘Challenger’ – but it’s not. The new Triton-based wagon will be called a ‘Pajero Sport’, both here and in markets around the world, hinting at what might soon become of the traditional Pajero.

The vehicle uses the chassis and driveline of the new Triton, meaning it has a 2.4-litre turbo-diesel four-cylinder with 133kW of power and a solid 430Nm of torque. The engine uses an alloy block, a move that has reduced weight but forced a rethink of the compression ratio, now 15.5:1. Mitsubishi is not alone in this move – Mazda’s alloy Skyactiv diesels use even lower compression ratios. The big shift away from the Triton’s driveline is to ditch that vehicle’s five-speed auto in favour of an eight-speeder.

The Triton’s leaf-sprung rear end is also replaced by a coil-sprung set-up with two trailing links and a Panhard rod for lateral location of the live rear axle.

Mitsubishi’s proven Super Select all-wheel-drive set-up is used, making the vehicle rear-drive in normal situations, with settings for four-wheel-drive high-range, high-range with the centre-diff locked and low-range all available via a rotary knob on the centre console. The rear diff can also be locked independently.

The electronics that operate via the traction-control and ABS braking can also be tailored depending on the surface being covered. There are settings for sand, gravel, mud and snow and rock, altering how much wheel slip is allowed. 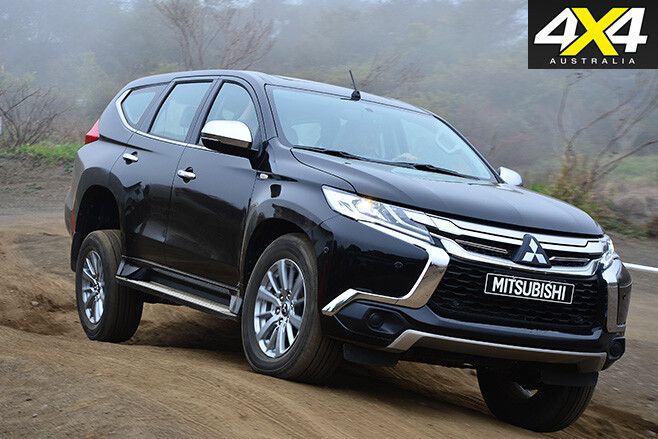 Some of the calibration work for this set-up was carried out in Australia, so we’ll be keen to take it into the bush and test it locally.

The Pajero Sport has plenty of ground clearance (281mm) and good approach and departure angles.

Not much is being said about the specifications of Aussie models yet (or their prices and options), but we can tell you that the seven-seat option on the Pajero Sport in some markets will not be coming Down Under. Mitsubishi says this is because it already has a seven-seater in the Outlander and Pajero, but it could also be a function of the side airbags not covering the third-row seats, something that other makers have copped flak for in the past and could prevent the Pajero Sport from obtaining a five-star safety rating. 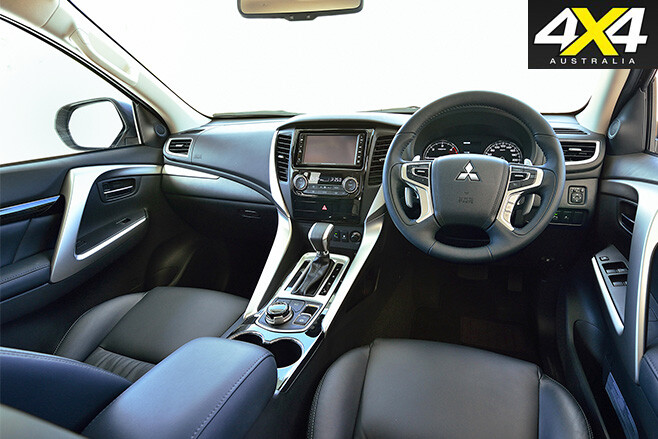 The Pajero Sport is bigger inside than the Challenger it effectively replaces and the seats, front and rear, are very good with decent support and comfort. Our only complaint would be that, like many vehicles on a ladder chassis, the floor is quite high and there’s no under-floor storage in the luggage compartment.

The heaviest version of the Pajero Sport weighs in at 2070kg, and the towing limits is 3100kg with a braked trailer. 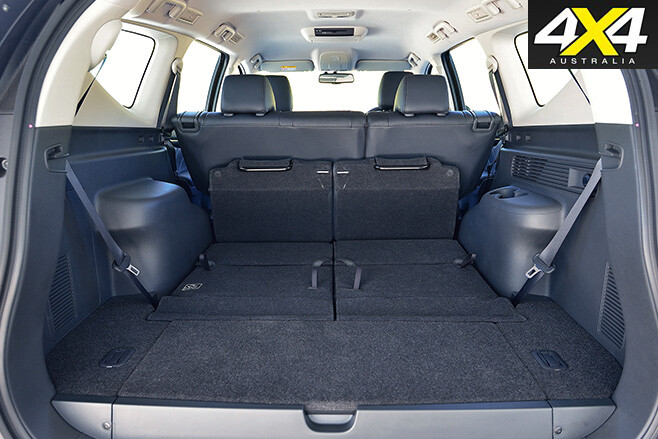 Our drive of the vehicle in Japan recently included only a tricky little off-road track that showed mainly that the suspension had lots of travel. Beyond that, you could feel that the electronics definitely contributed to the available grip and, at one point, where we had the axles crossed up, the vehicle became a little confused for a second or two before sorting itself out and grunting over the moguls in question.

What we can’t tell you is how the engine, suspension, brakes and comfort stack up on road. But first impressions are positive enough that we’ll be the first to grab a new Challenger – sorry, ‘Pajero Sport’ – when it lands before the end of this year.