This month we took our long-term Hilux for a 3600km drive to South Australia and then up through outback NSW, cruising on a variety of roads – from good blacktop, well-maintained gravel roads and lightly chopped-up tracks.

I was pretty surprised at the driveability of this 2.8-litre, six-speed manual version. It took off easily from the lights, even on an incline, and when cruising on the open road it held top gear with ease. However, if you want to accelerate up hills you really need to drop back a gear to stir things along. But all things considered, it was still pretty good. 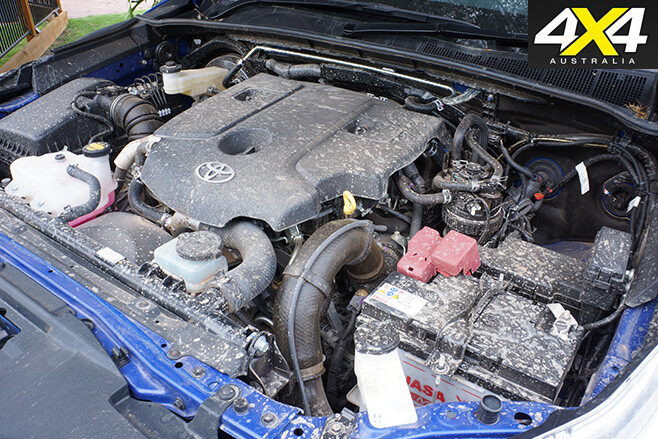 Later I towed our 1.9-tonne caravan and the Hilux performed well, although you did have to fiddle with the gears more than before.

In all we averaged an impressive 9.0L/100km for the entire trip. At one stage, cruising quietly on backroads at 80-90km/h, we managed 8.7L/100km. While we weren’t heavily loaded, there were still two of us with all our gear for 10 days in the bush, but we didn’t have a roof rack to weigh us down further.

Engine noise was a lot quieter than the previous model (we would know, as we have one) but you do notice the snorkel air-intake noise, especially if the window is slightly down. 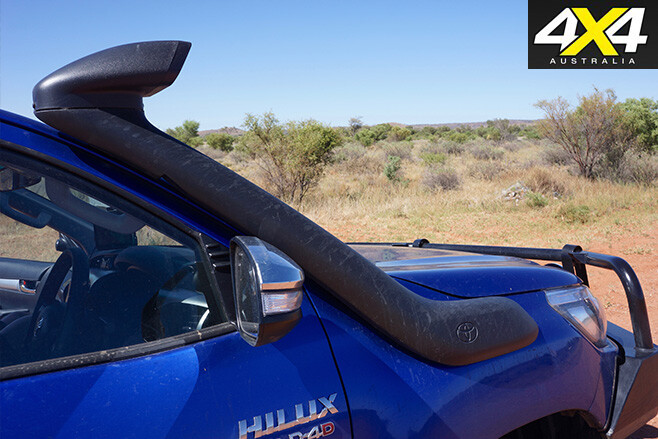 The ‘keyless start’ feature with its interlocks was often a source of frustration. It frequently refused to start even though I had my foot firmly planted on the clutch. Often when we were stopped and had the ignition switched to accessories (to keep the fridge running a little longer) a number of warning lights would come on. To clear them you would need to switch the ignition off, lock the car, unlock it and then turn the ignition back on. 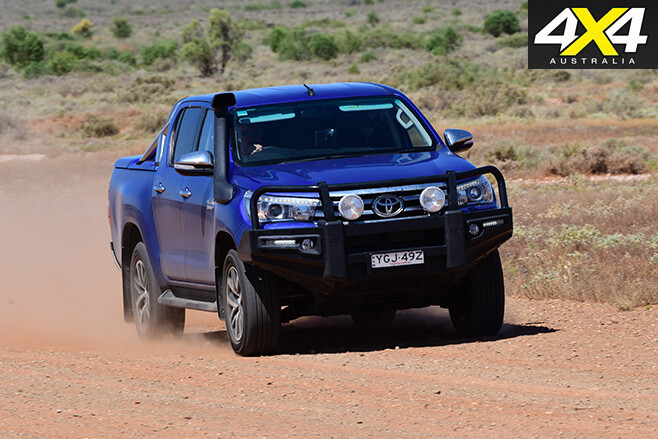 I had to get used to the six-speed manual gearbox as well. The shift pattern is close together, and reverse is where you’d normally find first in a four- or five-speeder. The gate is also relatively easy to go through.

Ride comfort on the variety of roads we travelled was also another enlightening feature, with the suspension soaking up bumps and corrugations with aplomb.

The tyres – Bridgestone Duelers H/T in passenger construction – are pretty soft in the sidewalls and no doubt helped with ride comfort. Still, the tyres would be something I’d change to a more robust construction if I was traversing dirt roads and tracks often. 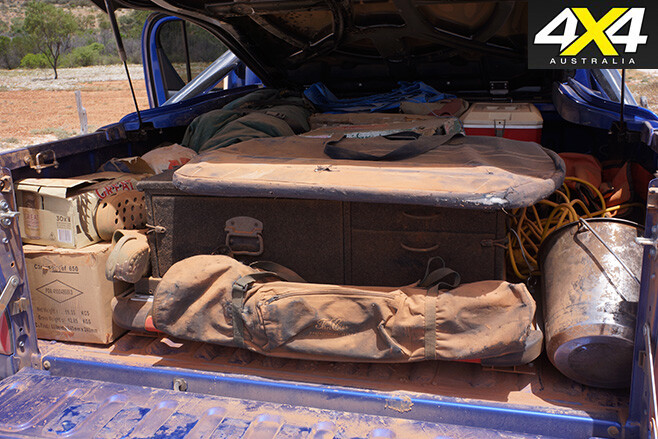 I must say that the hard tonneau and bed slide in the cargo area are near bloody useless for outback conditions. Not only does the tonneau restrict access to the cargo area, it does nothing to stop dust – I think we would have been better off without a cover at all.

The bed slide takes up a lot of room in the cargo area and decreases available height. While it may make access to equipment on the actual slide unit easier, it proved to be a pain when the cargo area was full or near full. Equipment kept falling down behind the slide and jamming it. 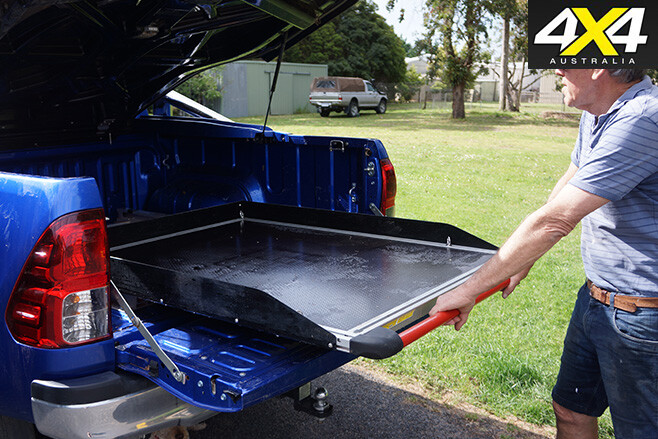 For an extra $370 you can get some bed slide walls, which would be a big improvement on the basic slide. An even better option would be a fully fledged aftermarket canopy and a decent drawer set-up.

Check out how the Hilux SR5 performed towing a caravan.