Toyota’s Hilux is the only popular dual-cab 4x4 with the option of a petrol engine. How does it stand up in a world where diesel power rules?

THE UTE you see here may at first glance look like any other new Hilux, but in fact it’s rare enough to one day become a collector’s item.

Why? Because it’s powered by a petrol engine, and petrol engines are almost non-existent among today’s crop of popular 4x4 one-tonne utes. Only Toyota offers a petrol engine in this class, and even then just one per cent of new Hilux 4x4s sold have the petrol engine: a 4.0-litre V6. The rest are powered by either the 2.4- or the 2.8-litre diesels.

All of which begs the question: Is a petrol engine that bad an idea when it comes to powering a 4x4 dual cab these days, that it’s now nearly extinct due to the surge in popularity of turbo-diesels? It wasn’t always this way. Just 10 years ago Toyota, Holden, Ford, Nissan, Mitsubishi and Mazda all offered petrol-powered 4x4 dual-cabs. 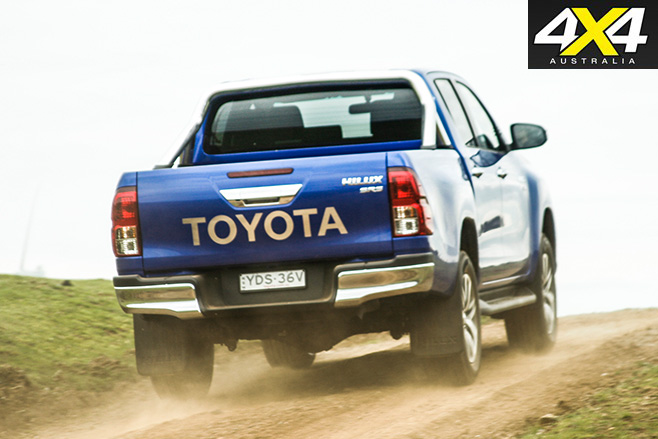 Truth be told I can’t exactly remember the last petrol dual-cab 4x4 I drove before I jumped into this Toyota Hilux V6, but first impressions were that this deserves better than just one per cent of Hilux sales.

Jumping in the V6 was a revelation after driving seven popular diesel dual-cabs for last month’s ute load and tow test. Extremely quiet, refined and smooth, it was almost like something from another planet. Flexible power delivery, too, and with a good amount of stick provided you put your boot in. With a maximum of 175kW on tap it has one-third more power than the Hilux’s 2.8-litre diesel.

The 4.0-litre V6 in question is a detuned version of the 207kW V6 in the Prado 150. One of the notable differences is that the 207kW engine has variable valve timing on both inlet and exhaust cams, while the 175kW engine only has variable inlet-valve timing – this alone doesn’t account for the difference in power output, though. 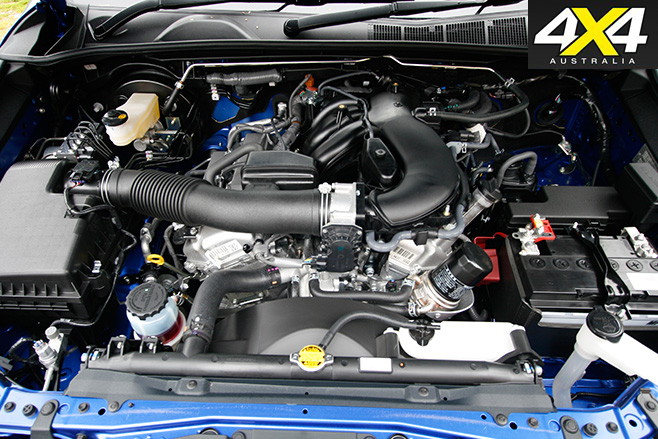 The Hilux’s V6 is mated to the new six-speed automatic transmission that backs the 2.8-litre diesel and it’s the only gearbox option. Both fifth and sixth gears in the six-speed auto are overdrive gears, and very tall ones at that. Surprisingly the V6 also carries the same final-drive gearing as the diesel, which is unusual given the V6 has far less torque than the diesel at low and middle engine speeds, needs nearly 2000 more rpm to make its maximum power, and has a much higher redline.

The tall final-drive gearing takes the edge off the acceleration, as you’d expect. Tellingly, moving the shifter across to the ‘Sport’ side of the ’box at highway speeds drops the box from sixth straight to fourth – it doesn’t even bother with fifth.

So for performance driving you effectively have a four-speed auto, leaving fifth and sixth only for light-throttle cruising. It also means there’s a lot of shuffling between fourth, fifth and sixth at legal highway speeds on undulating, give-and-take roads. 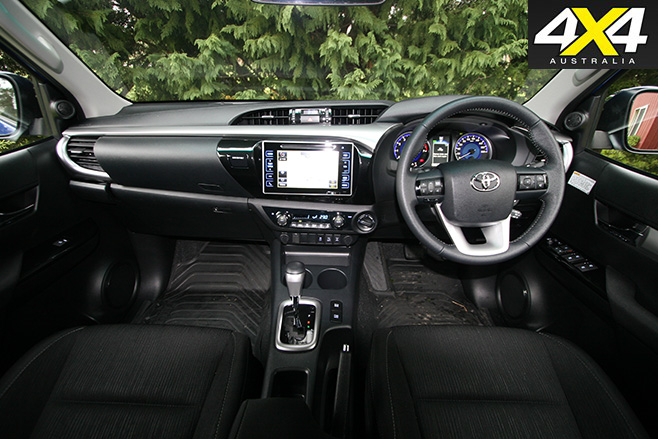 The tall gearing no doubt attempts to address the elephant in the room, namely fuel consumption. The official ADR figures tell the story at least in terms of relativity with the diesel. According to the widely quoted ‘combined-cycle’ figure, the V6 uses 41 per cent more fuel than the 2.8-litre diesel auto. In the ‘urban cycle’ (town driving) the V6 does even worse, using 50 per cent more fuel than the diesel.

However, things improve with the ‘extra-urban cycle’ (country driving) where the V6 only uses 30 per cent more fuel. Our real-world test saw the V6 average 13.6L/100km in conditions that would see the 2.8-litre diesel (auto) average around 10.5L/100km, which is around a 30 per cent difference.

This heavier consumption means that at $1.30 per litre for both diesel and petrol, the V6 driver would be forking out around $4.00 more for every 100km travelled than the diesel driver. However, how fuel costs actually pan out are dependent on the relative cost of petrol and diesel, which varies from metro to country within any one state, and from state to state as well. The V6 is also optimised for more expensive premium 95RON unleaded; although, it appears to run fine on regular 91RON unleaded. 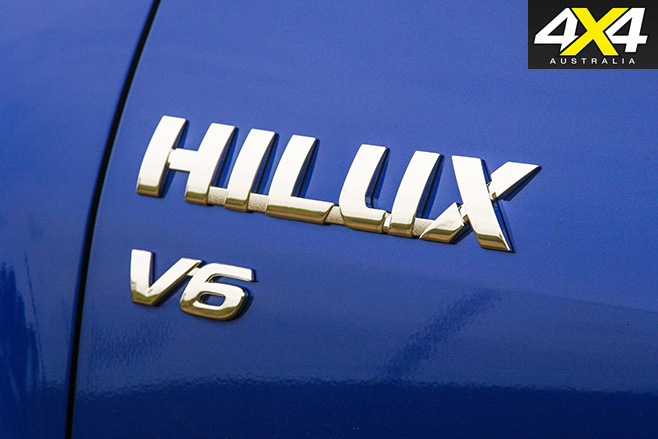 Regardless of relative fuel costs, one thing you can’t avoid with the V6 compared to the diesel is filling up more often; although, the V6 is more pleasant to fill up. No hunting or queuing for the diesel pump and no smelly, slippery diesel to contend with, which is so often the case with poorly maintained servo forecourts.

For new-car buyers, Toyota’s ‘Service Advantage’ pricing means the petrol buyer doesn’t get a service-cost advantage over the diesel during the three-year warranty period. Beyond that, though, the petrol V6 should be cheaper and simpler to service than the most complex turbo-diesel.

At both SR and SR5 spec the V6 is the same price as an equivalent diesel auto, which is obviously no incentive to buy given the poorer fuel economy – it’s a pity Toyota hasn’t seen fit to discount the V6 over the diesel. A $4000 discount, for example, means you could drive somewhere around 100,000km in the V6 before you’d ‘spend’ the initial savings, if both petrol and diesel was around $1.30 per litre. 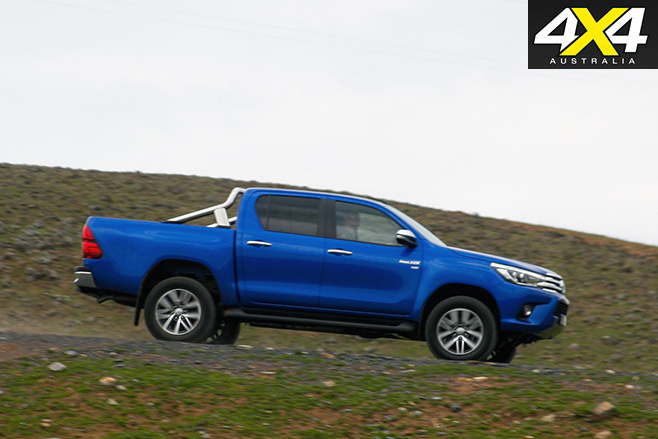 Alternately, Toyota could drop in the Prado’s 207kW V6 and lower the final-drive gearing to ramp up the fun factor. Then you wouldn’t be so concerned about fuel economy! 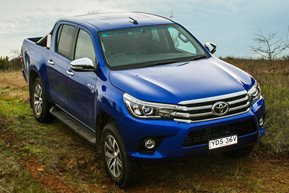