INDIA’S Mahindra Pik-Up comes to the blossoming dual-cab market with a pretty price tag – about $30K for the best-dressed model – so it’s a valid proposition as a work (farm) truck.

A 103kW/330Nm turbocharged 2.2-litre diesel – the same engine found in the 4x4 single-cab we drove a couple of months back – is mated to a six-speed manual transmission, with an automatic shifter slated for next year. 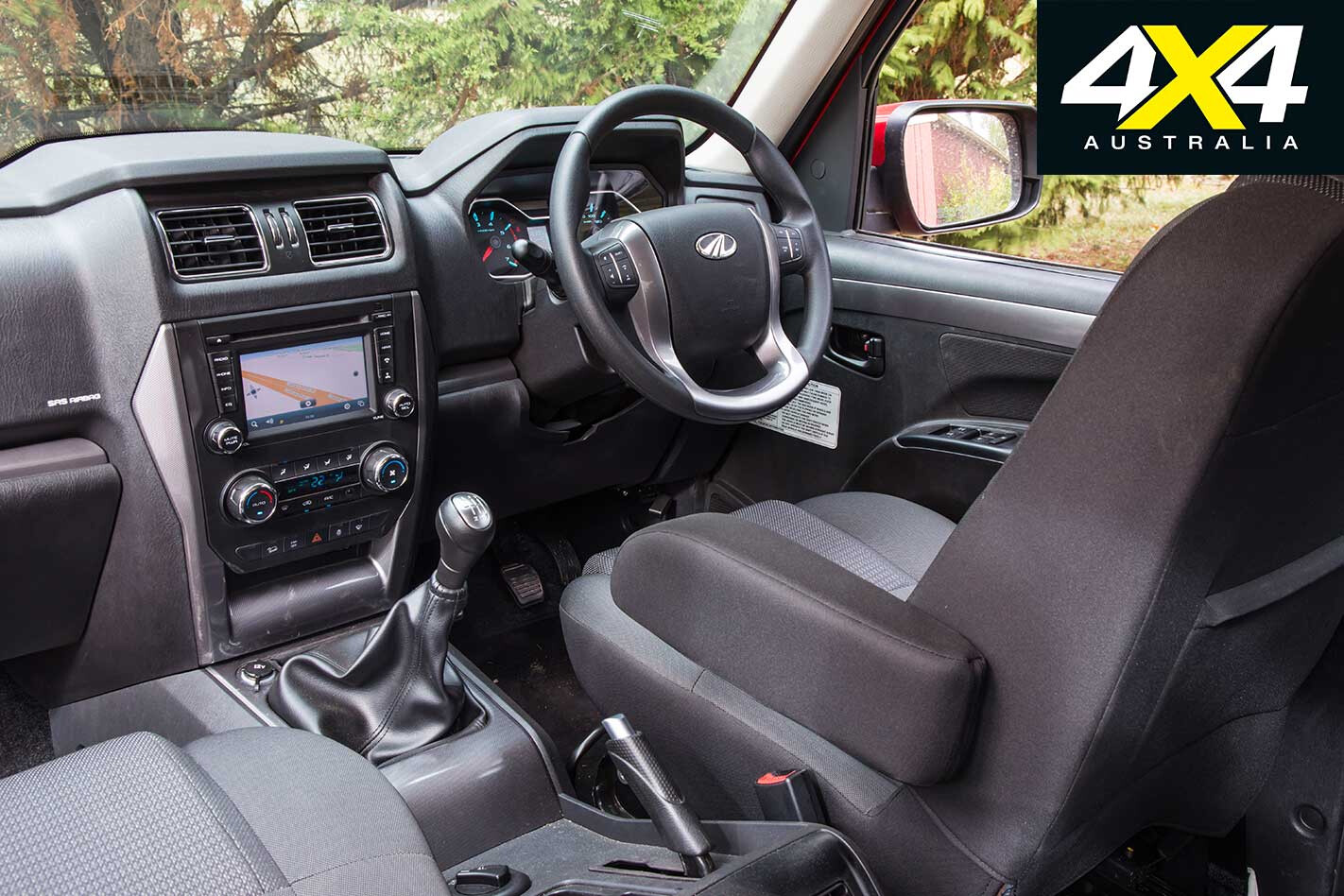 The Pik-Up utilises an Eaton self-locking rear diff and electronic traction control, which remains active when the diff is activated.

Road-test editor, Fraser Stronach, recently took the dual-cab Pik-Up over some dusty trails – you can watch the action in the above video.

“Unladen ride is a little bit rough and bumpy as you’d expect, but generally there’s nothing wrong with the road manners whatsoever,” Fraser says in the video.

Even with a 1000kg load on board – 850kg in the tray, combined with driver and passenger – the Mahindra steered and handled competently, and it got up the hills without a fuss. “The thing off-road works there too,” Fraser adds. “What it is, it’s fantastic for the money … it’s very hard to criticise … I think Mahindra has hit the thing on the head here. It’s a winner.”

Read about the all-new Mahindra Pik-Up in our comprehensive review which will be in the upcoming June issue of 4X4 Australia.