We test the Holden Colorado to see how its GCM, GVM and Payload fare against other industry icons.

LOAD TEST
The Colorado you see here is the MY17 incarnation, a major mid-generation upgrade that’s been a ‘pull it completely apart and put it back together again’ exercise for Holden. 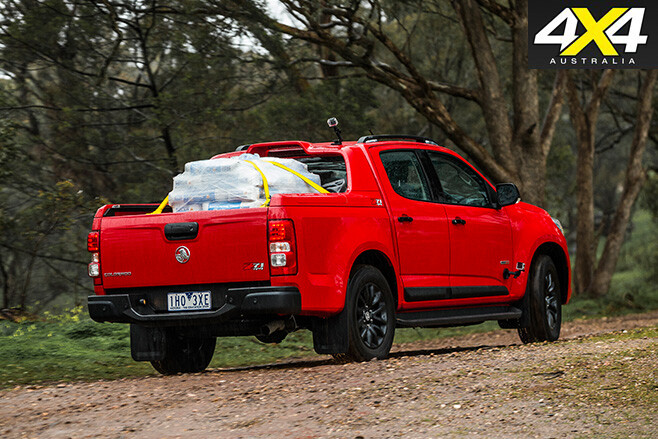 Since the Colorado arrived in 2012 it has been tweaked here and there, but it’s had nothing like the effort that’s been put into the 2017 model in a bid to close the gap on the class leaders in terms of general running refinement.

The Colorado has four tie-down hooks of a decent size in the tub that accommodated our tie-down straps without a problem. Not much sag at the rear, either – around 60mm – even with the 800kg pallet on board, which is as good as it gets in this company. With a total payload of 970kg (including driver, observer and tow bar), the extra 800kg leaves around 115kg payload in the base-spec Colorado 4x4 dual-cab pick-up, and just shy of 40kg in this top-spec Z71.

The Colorado’s 2.8-litre is notable in this company for having the most torque, a claimed 500Nm max. This is even more than the bigger 3.2-litre five-cylinders in the Ranger and the BT-50. From previous experience we know the 500Nm serves the Colorado well – unladen, at least – as it’s the fastest accelerating of these automatic diesel 4x4 utes. 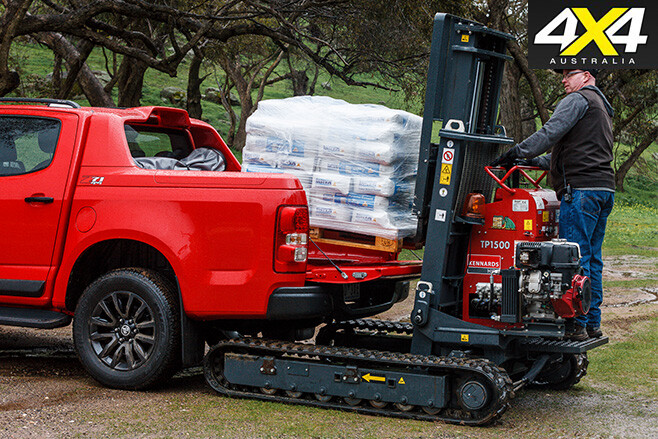 That 500Nm figure is unchanged for the MY17, but it’s now delivered in a more refined manner and with significantly less noise and vibration. Better driveability as well.

The engine coped easily with the 800kg in the tub, as good as any of our test contenders, although it generally revs harder when climbing than the bigger engines in the Ford and Mazda, largely due to the fact the Colorado’s maximum torque isn’t on tap until 2000rpm. While the Ford and Mazda ultimately deliver 30Nm less, they drop it at 1500rpm and 1750rpm respectively.

Still, the engine is a lot quieter and smoother than before, even when working harder to carry the extra 800kg. Compared to the Ranger, and the Hilux in particular, it still gives a little away in terms of noise refinement, but there’s not much in it any more. 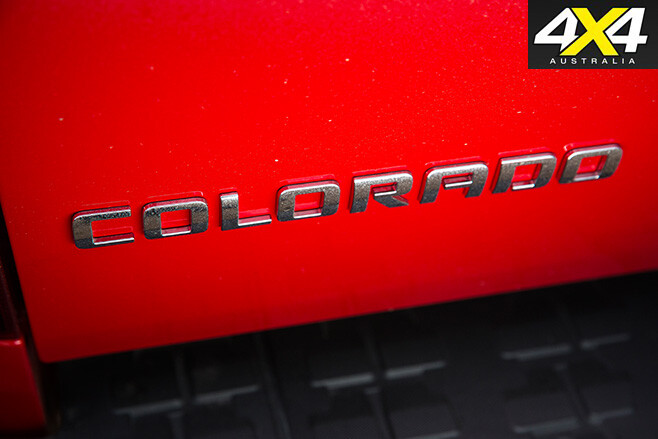 For its part, the gearbox’s new torque converter (part of the MY17 upgrade) has improved the shift quality noticeably, and the Colorado’s is the only gearbox to provide auto backshifts on hill descent without a brake prompt. Smart gear selection, too, on the way up: it doesn’t hold short gears too long or pick up the taller ones too early.

MY17 also brings electric power steering for Colorado and, like the Ford, this means very little steering effort at parking speeds, a bonus with all the weight in the back. Like the Ford, the steering weights up nicely with speed to give good feel, despite the 800kg tub load. General stability with the weight in the tub is fine, and the rear suspension doesn’t feel inclined to bottom out on any of the bumps over the course.

TOW TEST
The Colorado comes into the fray with a point to prove and is the newest vehicle here. In the past its lack of refinement let it down but boy, Holden has made a great leap forward!

The 147kW/500Nm 2.8-litre is a little more hushed in the cab, thanks to the new acoustics package, and the whole driveline has been smoothed out with repositioned engine-balance shafts and new engine and transmission mounts. The Colorado took the weight of our 3500kg trailer quite well. Bury the hoof and the ‘little’ 2.8 performs at a level above what its displacement might suggest. It squatted and hauled really well with all that weight behind. Power delivery was measured and civilised.

But the Colorado’s biggest leap forward is the new centrifugal pendulum torque converter in front of the six-speed auto. The result is the smartest and most intuitive ’box of the bunch. Hauling up hill saw faster, smoother, more decisive changes, and it allowed the tacho needle to hang easily in the 2200rpm torque range under load. 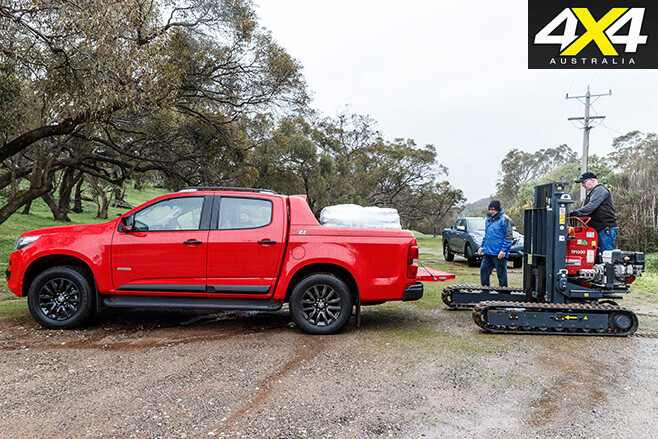 Out the other side of the test, on the descent section, there was no need for any manual intervention, as the tranny downshifted to hold back the weight.