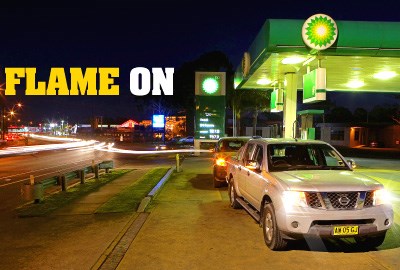 Petrol or diesel? In the 4X4 arena, it's the campfire fight starter, but now more relevant than ever as fuel prices soar.

Petrol or diesel? In the 4X4 arena, it's the campfire fight starter, but now more relevant than ever as fuel prices soar.

Most outback tourers will opt for a diesel 4X4 wagon or ute over a petrol-powered model for a variety of reasons.

Modern turbo-diesel vehicles have a number of advantages over their petrol counterparts such as better fuel economy, longer touring range, more torque at low revs for off-road use and towing, more access to appropriate fuel in remote areas and the simple fact that it's safer to carry diesel in jerry cans than it is to carry petrol.

But with the cost of diesel now up to 30 cents per litre (cpl) more expensive than 91RON unleaded petrol (ULP), it makes you wonder if buying a diesel four-wheel drive makes the economic sense that it once did.

The turbo-diesel Toyota 200 Series LandCruiser is a good example of a vehicle that could cost you more to own over a three-year period than a petrol LandCruiser: a GXL petrol V8 retails for $69,990 and a GXL turbo-diesel V8 is $10,000 more at $79,990.

If you take out a three-year loan for the full amount, the turbo-diesel Cruiser would cost almost $4000 a year more to pay off. Resale on both variants is the same at 67.8 percent, but depreciation works out at $1000 per year more for the diesel model due to its higher initial purchase price. In fact, the only potential saving with the diesel model is in fuel costs thanks to better economy.

Based on official combined fuel figures, if you travel 30,000km per year, and even if diesel costs 30 cpl more than ULP, you'll spend close to $1200 less on fuel with the diesel model.

Based on loan repayments, resale value and fuel cost calculations, you'll be almost $4200 per year better off buying the petrol LandCruiser compared with the turbo-diesel model.

Of course, not all manufacturers ask a $10k premium for the diesel variant of specific models; even Toyota only asks $1000 more for a turbo-diesel Prado compared with a petrol-powered model.

Repayments for a Prado Grande, over a three-year period, work out at around $430 more per annum for the oiler. However, it will save you just over a grand in fuel costs if you travel 30,000km and there's a 30cpl difference in the price of ULP and diesel. And at 72.5 percent retained value after three years, the turbo-diesel Prado has a better resale rating than the petrol model at 69 percent, saving you another $788 per annum for the oiler.

Based on these calculations you'll be more than $1400 per year better off if you buy a turbo-diesel Prado Grande over a petrol variant Nissan Navara ST-X D40.

While diesel Navara drivers will save around $800 per year on fuel costs, (based on 30,000km travelled at 30cpl more for diesel), they'll pay $859.30 more per year on loan repayments and $286 more per year on depreciation over three years.

Overall cost per year works out at $327 more for the diesel Navara than the petrol model.

Of course, these cost calculations are based on specific distances covered each year and the amount and type of loan taken out. Even accurate resale values can be difficult to calculate as they're dependent upon condition and mileage.

The other cost consideration is the respective price of servicing petrol and diesel four-wheel drives.

Modern turbo-diesel engines don't require the 5000km oil changes of older diesel engines, which is reflected in Toyota's fixed servicing costs for three years on petrol and diesel Prados and LandCruisers. The first six service intervals for these vehicles will cost you only $180 a pop and both petrol and diesel models are good for six months or 10,000km between services.

Although service costs aren't fixed, both the petrol and diesel models of the Nissan Navara also have 10,000km service intervals.

We took petrol and diesel variants of the Toyota Prado Grande and Nissan Navara ST-X on a two-day test that included a wide variety of driving conditions.

The idea of the drive programme wasn't just to gain fuel figures (which were significantly higher than the official combined cycle figures), but to see how the two engine variants affected the overall driving experience.

While modern turbo-diesel power-plants have an abundance of low-down torque, they can't match petrol V6 donks for outright power and performance.

The petrol Nissan Navara ST-X was, until the recent launch of the supercharged TRD HiLux, probably the quickest 4X4 ute money could buy. Its 4.0-litre V6 engine pumps out an impressive 198kW of power and a respectable 385Nm of torque. From a standing start, the petrol Navara launches off the line and leaves the turbo-diesel model in its wake. In fact, this potent ute is a good argument for mandatory traction and stability control on all vehicles as it will easily light-up the rear tyres without a load in the tray.

While the turbo-diesel Navara is no slouch, given the fact that (based on the previous calculations) it costs around the same to run each year as the petrol V6, you'd probably be better off buying the latter model.

Another bonus in owning the petrol model includes better engine noise suppression; it's quite simply far more refined than the rattly turbo-diesel model.

However, if you do a lot of off-road driving or regularly tow a trailer, the tables are turned. Our sand-driving course showed that the petrol Navara could gulp down ULP at close to 30L/100km compared with around 20L/100km for the diesel model.

On the road, however, the petrol Prado has a big advantage compared with the diesel model. Its 4.0-litre V6 makes 179kW of power and 376Nm of torque. It's a very smooth engine that's well mated to the auto transmission. The 3.0-litre turbo-diesel develops a claimed 127kW of power and 410Nm of torque. While diesel engine noise suppression is better in the Prado than the Navara, the Toyota oiler is still louder than the petrol V6 model.

While we've already established that the turbo-diesel LandCruiser 200 costs significantly more to own per year than the petrol V8 model (around $4000 more), that won't be reason enough to convince many buyers that the oiler is a bad choice - and for good reason.

Put simply, the Cruiser's 4.5-litre twin-turbo-diesel V8 is a monster, with a healthy 195kW of power and massive 650Nm of torque. Its output compares very favourably with the 4.7-litre petrol V8 model that makes slightly more power (202kW) but much less torque (410Nm).

On-road performance is similar, but the twin-turbo diesel V8, with its effortless torque, is definitely a better option for off-road driving and towing.

The final, very important factor that should influence your decision-making process is touring range.

The Prado is a great vehicle to use as an example here because, with its standard 180-litre fuel capacity, it mimmicks just about every outback tourer's vehicle fitted with an aftermarket long-range fuel tank.

Even at an optimistic average fuel consumption of 13.1L/100km, the Prado petrol V6 offers a touring range of around 1350km from its 180-litres of fuel. The diesel model, on the other hand, offers an impressive 1900km!

With the diesel model, you'll rarely have to carry extra fuel and, even around town, you can carry plenty of fuel until you find the best price at the bowser.

While there are plenty of hypotheticals in this study, it does blow away the myth that owning a diesel 4X4 is cheaper than owning a gas-guzzling petrol 4X4.

It also shows that it pays to do a lot of studying at home, calculator in hand, so you can make an informed purchase decision on your next new 4X4. 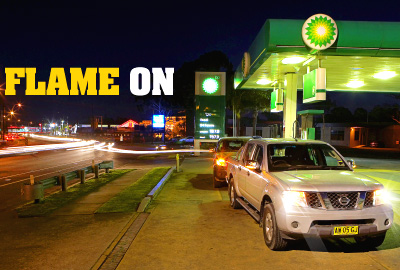 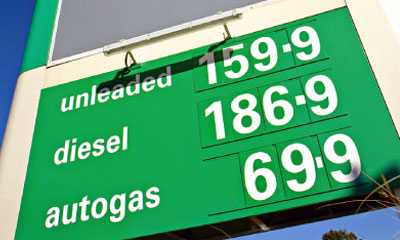 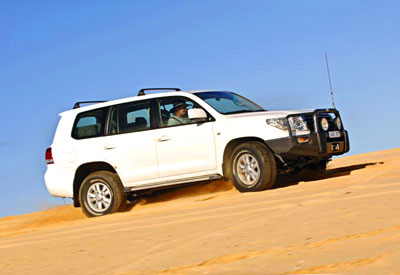 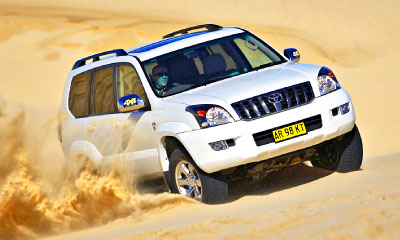