WITH more local companies importing, converting and marketing RAM trucks in Australia, we recall a drive we took with one of the best kitted-out RAMs we’ve come across: the RAM 2500 Prospector from American Expedition Vehicles (AEV).

For 20 years AEV was a Jeep company, but the Detroit firm has expanded its range with RAM vehicles. Its first vehicle was the AEV RAM Prospector XL which was based on the 2500 heavy duty pick-ups, and it’s now building IFS 1500 Series RAMs which it calls the Recruit. 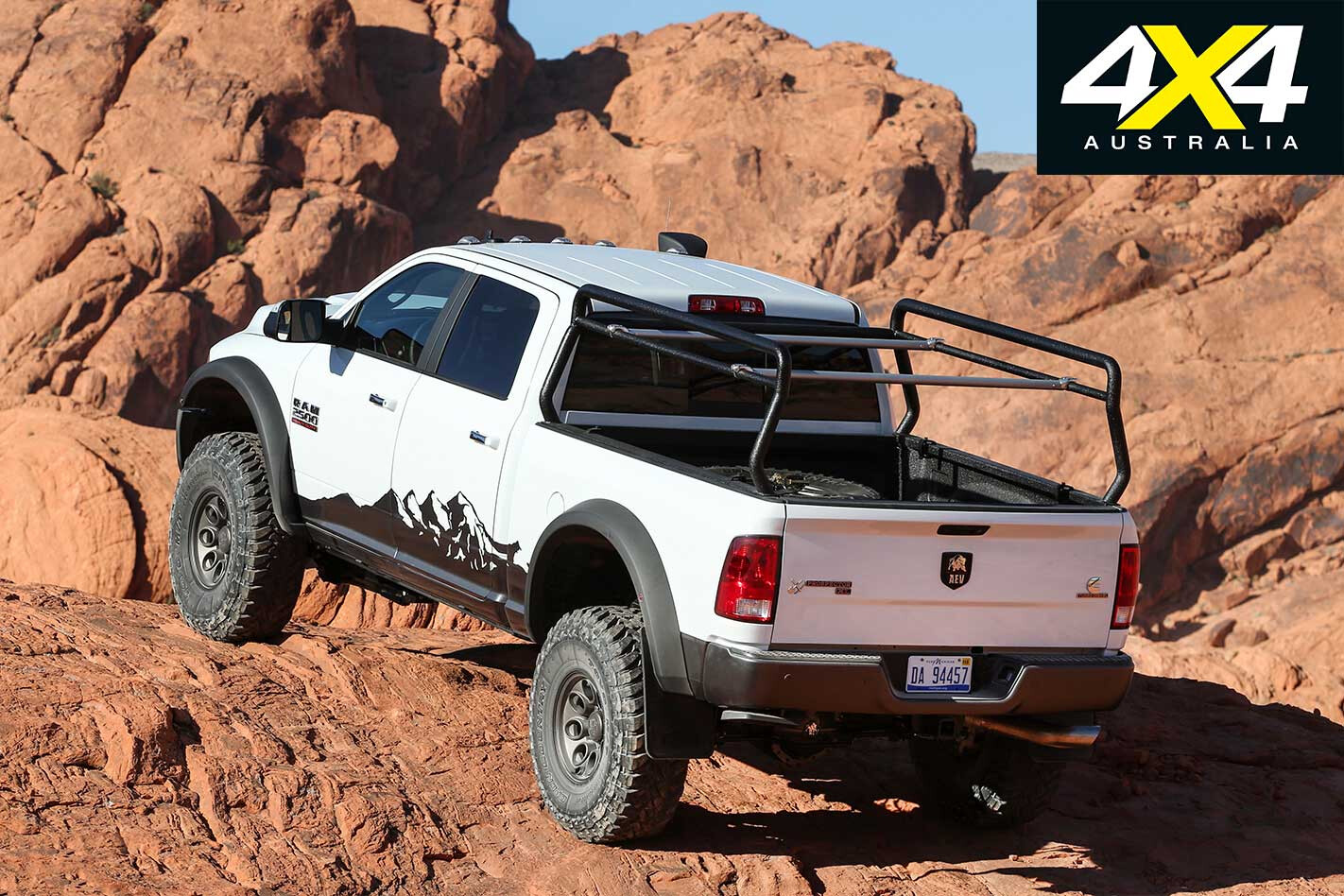 We were lucky enough to snare a drive of a Prospector XL that was specially fitted out as a limited edition to mark AEN’s 20th anniversary.

Most of the time XL denotes Extra Large and, while that’s an apt description for this truck, in this case it stands for the Roman numeral 40, which relates to the Prospector’s tyre size. The massive 40-inch Toyo Open Country M/T tyres are cleverly tucked under the guards, with just a 75mm suspension lift thanks to clever design and extension of the wheel arches for clearance. The arches are then finished in High Mark flares.

Like the company’s Jeep products, the Prospector still drives like a standard vehicle on the highway, except in keeping with the RAM theme it towers over almost everything else on the road. Even with those massive tyres, the Prospector’s road manners are impeccable.

Off the highway and in the desert the RAM makes light work of the sand dunes; you have to pick your lines through the tight stuff and the steering takes few more turns to get it around, but it’s surprisingly manoeuvrable.

AEV’s clever DualSport Suspension has a lot to do with the truck’s superior handling, and it starts with Bilstein 5160-series remote reservoir shocks with valving optimised by AEV to suit the truck. AEV retains as much of the OE components and engineering as possible including the coil springs and control arms. The 75mm of lift comes via aluminium coil spacers, while brackets move the front axle forward to aid tyre clearance.

While the 6.7-litre Cummins diesel engine and 40-inch tyres make getting through the sand a cinch, the Prospector would be an incredible long-haul tourer with an ability to hold its own off-road.

With RAM trucks becoming more common on Australian roads, we can imagine the Prospector kit will be popular with owners here. Thankfully, like Jeep products, all AEV gear is available through the two local distributors: Murchison Products in Brisbane and JeepKonection in Melbourne.