OUR 3.0-litre Toyota Hilux just returned from a nine-day jaunt from Melbourne to the Simpson Desert and back again. It completed the trip without an issue – mind you, we did do a few things to make the job easier for the vehicle.

We had given them and the vehicle quite a workout in the Victorian High Country over the summer months, but now the Hilux was being geared up for its first outback trip. We took it to Outback 4WD in Bayswater, Victoria, for all the planned work. 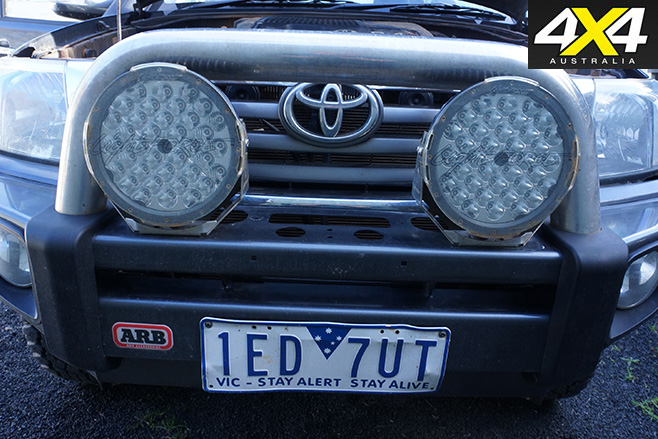 We knew we were going to do a bit of night driving, so we fitted a set of Lightforce LED 215 driving lights. These performed faultlessly and made those long stints on outback roads safer, easier and more enjoyable. They illuminate the road and the peripheries well, while the mounting system and the direction of the lights didn’t need any adjustment for the entire trip.

We also fitted an iDrive throttle tuner and couldn’t believe the difference it made to step-off and overtaking. We generally run ours at U4, which is around the mid-point for ‘Ultimate Performance’. We could get even snappier performance if we cranked the setting up to U8 or U9, but we don’t think we need it.

With two people and all our gear, along with a motorbike and subsequent extra fuel, storage was going to be an issue. To make it possible to carry all the necessary equipment we added a large Rhino-Rack XTray to the set of Rhino-Rack bars we’d fitted. The XTray is of black powder-coated steel construction and weighs just 21kg – its carrying capacity of 75kg was pushed to the limit with a spare tyre and more. 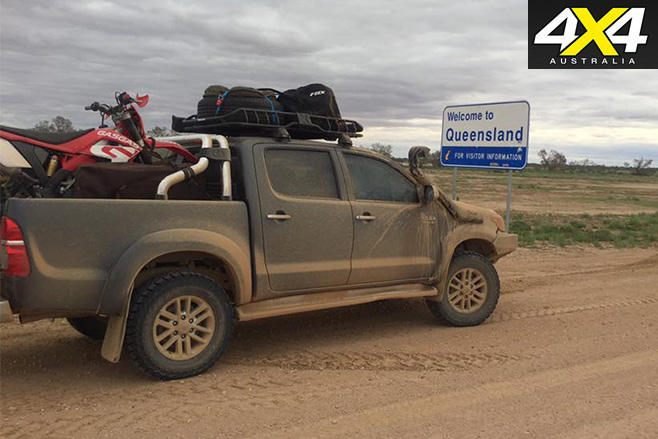 A wind deflector helped to cut wind noise down, but we had extra gear sticking out which didn’t help too much – nor did it help fuel economy. We also fitted a small awning to the rack to give it a bit of protection from the elements.

The OME suspension we’d fitted earlier wasn’t suitable for all of this added weight, so we went and fitted an OME extra leaf to the rear spring pack. This stopped the Hilux sagging in the bum when fully loaded and gave it a great ride over whoopty-doos and corrugations. There is a difference in ride quality when the vehicle is empty, but you can’t have everything.

The Hilux returned a thirsty 20.0L/100km for the trip, which is a big and surprising jump from its normal range of 11.0-12.0L/100km. Mind you, we weren’t standing still on the highway or backroads and we did play on Big Red with a few mates for a few hours. Whatever the cause, we got to Mount Dare running on fumes – highlighting the paltry 76-litre fuel capacity of the OE fuel tank. 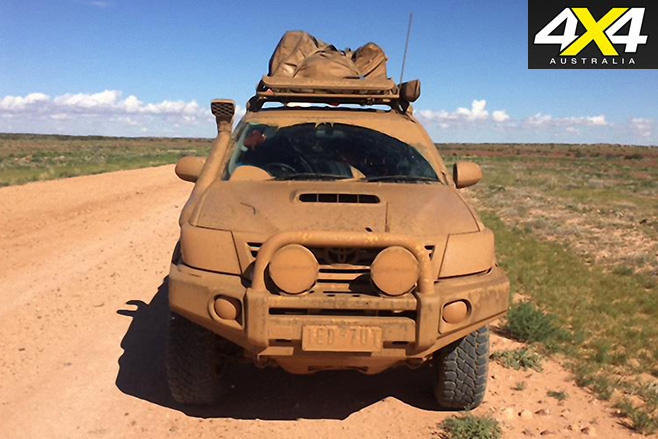 In all the HiLux has clocked up more than 32,000km since we bought it; 21,000km with the Cooper tyres fitted. The tyres are showing minimal wear and tear with no obvious chipping, which is pretty good considering we’ve ran up and down Billy Goat Bluff and a few other tough tracks in the mountains a few times. 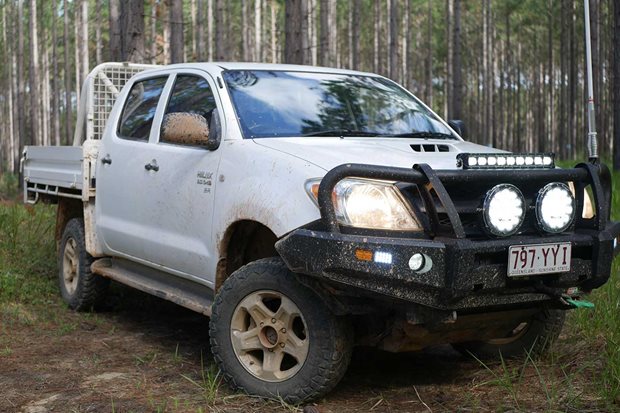 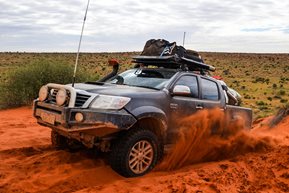