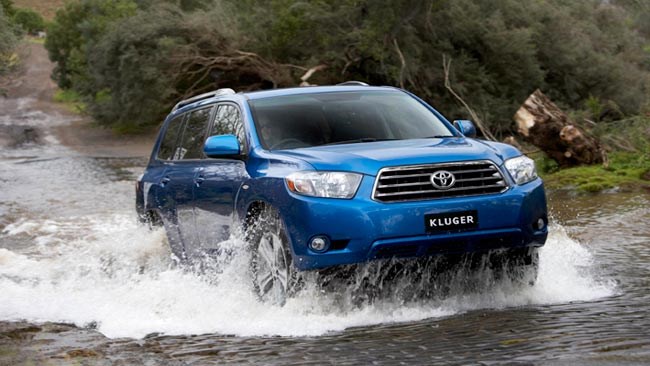 Toyota’s Kluger is a great family wagon for those forays that don’t stray too far from the bitumen, but it misses out on diesel power.

Toyota’s Kluger is a great family wagon for those forays that don’t stray too far from the bitumen, but it misses out on diesel power.

No other manufacturer of new vehicles covers all bases like Toyota. The company tries to have a vehicle for everyone no matter what their automotive requirements entail, and nowhere is this more evident than in the 4X4 and SUV classes. From the LandCruiser to the RAV4 and everything in between Toyota has a high-riding vehicle to take you wherever you want to go.

The company has obviously got its market positioning right because in most cases its 4X4 and SUV vehicles top the sales in their respective classes, and in the case of the FCAI’s Medium SUV category there is often a pair of Toyota vehicles at the top of the charts.

Toyota’s Prado and Kluger are two very different vehicles, yet there is a crossover in the buyer demographic that points to their similarities. They are both five-door wagons that offer seating for seven passengers and it’s this that makes them so appealing to Australian families. The Prado, of course, is a proper 4X4 with low-range gearing, good ground clearance and the potential to take on the toughest tracks, while the Kluger is high-range only, lower riding, has more flexible seating and is the more family-friendly of the two. The Kluger could be the quintessential family SUV or softroader if you like.

Now in its second generation here in Australia, the Kluger received a model update at the start of 2011 with sharper styling and new features to make it a better value for money package. This came in readiness for new models in the form of SZ Ford Territory and Series II Holden Captiva as well as the emerging competitors, Hyundai Santa Fe and Kia Sportage.

Kluger continues to be offered in 2WD (front) or all-wheel-drive (AWD), five- or seven-seat models and in three levels of specification and equipment. There is only the one drivetrain choice and that is a petrol-fuelled, 3.5-litre V6 with a five-speed auto transmission.

This is where the family SUV competition is gaining ground on Kluger as buyers opt for more efficient and better driving diesel drivetrains, which are available in each of the direct competitors mentioned above. Kluger’s V6 promises 11.0L/100km fuel use (11.6L/100km for the top-spec Grande AWD) but it can’t match the sub-10L/100km claimed by the diesel-fuelled wagons.

As much as the V6 engine holds back the Kluger it is also one of its strengths. It is smooth and powerful and the transmission is seamless to deliver a refined driving package whether in two or AWD guise. With 200kw on tap there’s plenty of get up and go and the engine likes to rev, making its peak power at 6200rpm. Peak torque is 337Nm at 4700rpm and this helps with the 2000kg towing capability.

Kluger’s AWD system is simple and goes unnoticed. It offers more in terms of safety and dynamics than being an all-road vehicle. Kluger’s only concessions to all-road ability are its modest ride height, electronic traction control and hill descent control. It works well for graded dirt tracks and slippery surfaces like snow and ice, but LandCruisers remain the real 4X4 off-roaders in the Toyota line up. The Kluger is more of a people-mover with SUV looks, versatility and aspirations, and the 2WD variant outsells the AWD.

Versatility and user friendliness are the key to the Kluger’s family appeal. The seats can be configured to suit various needs; the second row is split and slides fore and aft to give more legroom in front or behind the seat while the third row can also be split and folded to carry just a single passenger in the back. The centre seat in the second row can be folded into the console to give a pair of bucket seats for passengers. This also leaves a gap for third-row occupants to walk through to access that seat. Adjusting the seats can be done from either the rear doors or the tailgate opening, while the tailgate itself is power operated to make life even easier.

Being a family vehicle the Kluger is full of safety features. Aside from the aforementioned AWD, electronic stability and traction control, there are seven airbags for occupants, including side curtain airbags that run right to the rearmost seat area.

All grades of Kluger are loaded with features to keep you entertained, safe and comfortable. The top-of-the-range Grande features satnav and leather and faux-wood trim to give a feel of luxury. The Grande rides on 19-inch alloy wheels while the lower grades get 17-inch alloys.

The updates for 2011 include edgier headlights and grille, a new bonnet and front bumper, plus fresh-design tail lights and door mouldings. The exterior mirrors on all grades are fitted with puddle lamps that illuminate when the proximity key unlocks the doors. The styling tweaks required new front mudguards and, along with a new bonnet, the sheetmetal changes make this a significant facelift. Inside, there is a new dash colour, updated audio and communications systems.

All the models in the Kluger range deliver a refined and polished ride. Add in plenty of space, comfort and versatility and it’s a strong package. Even if the Kluger is not the vehicle to take on your off-road outback expedition, it’s a great city vehicle and ideal for family getaways that don’t venture too far off the beaten track. 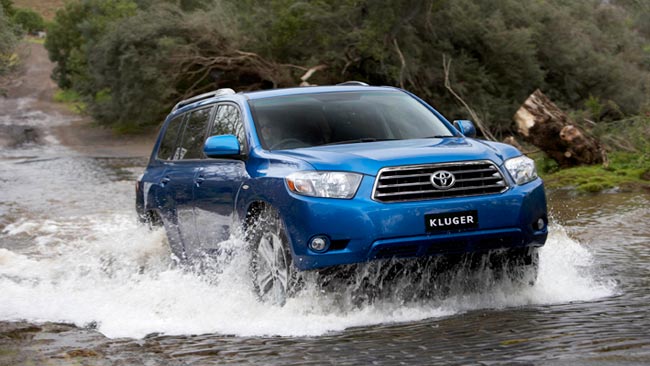 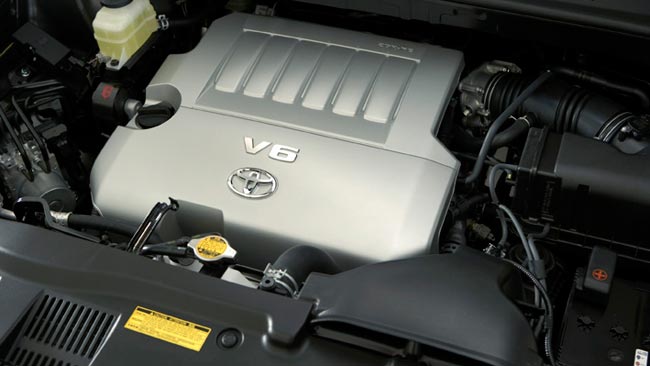