TOYOTA’S 2.8-litre 1GD-FTV engine is the go-to mill for the company’s smaller 4x4s and was transplanted, along with a new six-speed automatic transmission, to the Prado, bringing more power, torque and, significantly, improved refinement to the popular family wagon.

Toyota didn’t do much else to the Prado back in 2015 – the mid-spec GXL model received sat-nav as standard, while the top-spec Kakadu got some fresh safety tech. Otherwise, it was business as usual, and that’s not such a bad thing. 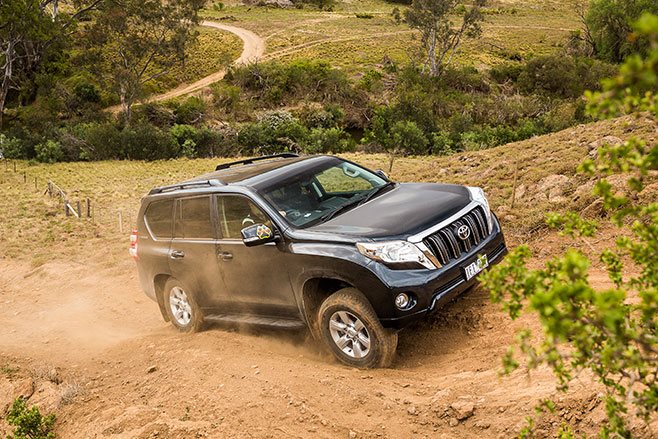 The 120 Series and the more-recent 150 Series Prados have always been supreme tourers, and there was no reason to change that for the updated model. The Prado has plenty of interior space; compliant suspension that gives a silky, though sometimes wallowing, ride; and a no-fills level of specification. The improved NVH, and hence refinement of the freshly fitted engine, adds to the perfect recipe.

Throw in an unmatched 150 litres of fuel capacity and the Prado beats any standard vehicle for touring range. The new six-speed transmission gives a second overdrive for highway touring, but tends to search between fifth and sixth at 100km/h.

The supple suspension, big cabin, and commanding view of the track ahead make the Prado just as dominant on the tracks as it is on the open roads. The Toyota is really at home here and the rougher it gets the happier it seems to be. The high-riding wagon is never challenged for clearance and its long-travel rear end tackled the toughest tracks the High Country could throw its way. The new 2.8-litre, six-speed powertrain was flawless in this terrain, although it required a heavy stomp on the throttle to get it up steeper hills. 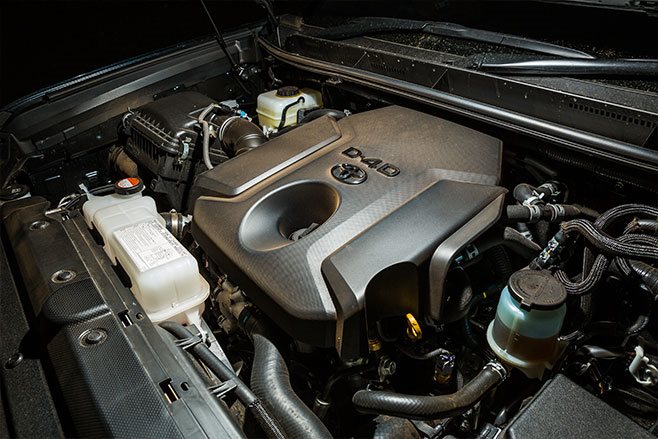 Speaking of hills, on a rutted climb at the Melbourne 4x4 Proving Ground, the Prado put that plentiful rear-wheel travel to good use to conquer the climb. It needs it, too, as a rear diff lock is only found in the Kakadu-spec. The ETC also pulsed and grinded its way up the hill, but got the Prado there in the end.

As expected, there are no clearance issues for the Prado, and low range, first gear, is all you need for a controlled descent – no electronic wizardry required!

The Prado’s cabin is accommodating, with a seating position that only a bespoke wagon body can deliver. It isn’t left wanting for much, even if the GXL’s cabin is pretty basic, and the inclusion of standard sat-nav barely makes up for the fact that spec-for-dollar the Toyota is trumped by the Ford Everest. Sure, the Prado is basic, but it does everything it needs to and it all feels good quality and easy to use. Maybe that comes down to the familiarity of the ageing model. 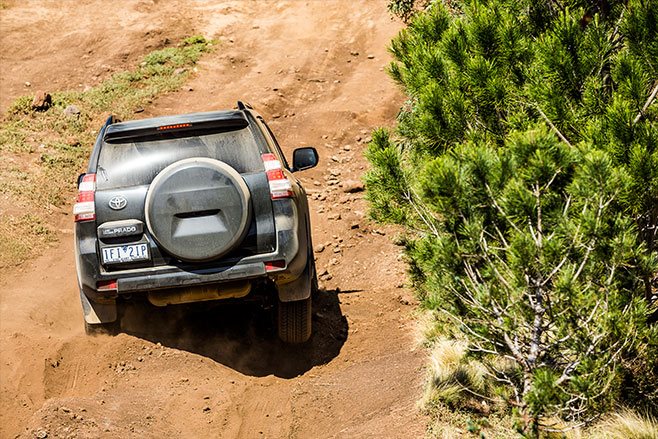 The GXL-spec offers rear seat control for the climate control and has vents right through to the rearmost seats, which are best left for the kids on short trips. The Prado also has tie-down points in the cargo area. There’s a 12-volt outlet, a USB outlet, and a 220-volt outlet in the cabin.

The Prado does everything asked of it without fuss or fanfare and is a near-on perfect blank canvas on which to create a long-distance tourer. Its only criticism is centred on its looks and its dopey-eyed front-end treatment, but the Prado has never been a looker. It just gets the job done without being pretty, and that’s what so many people find appealing about it. 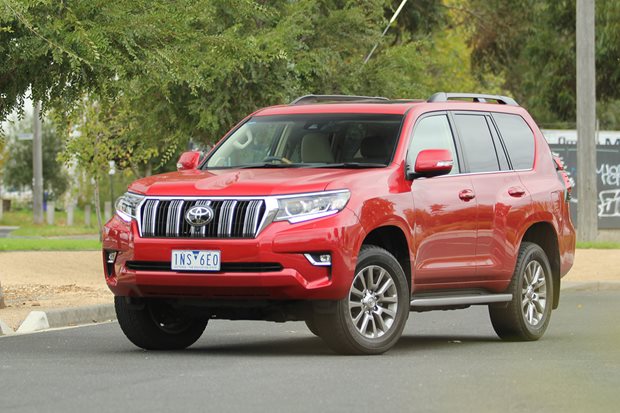 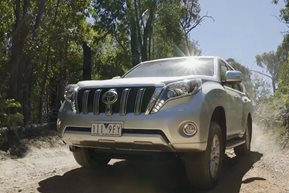