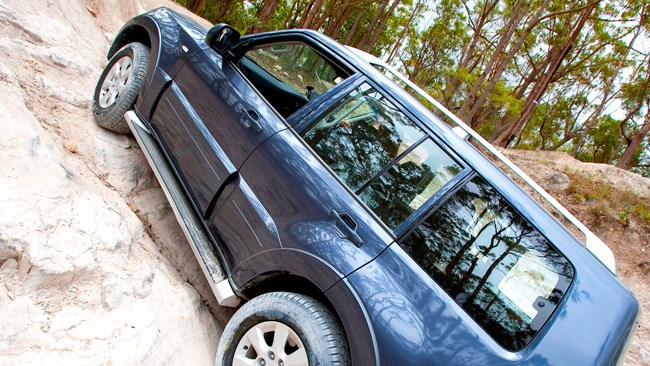 Modern vehicles still struggle with our idea of Bushability. Let’s see who's closest to the mark.

Modern vehicles still struggle with our idea of Bushability. Let’s see who's closest to the mark.

There's a whole pile of factors that impress about modern 4X4 wagons &#151 performance, NVH, interior features and more &#151 but when it comes to bush ability one has to wonder where it is all going.

Maybe I’m just a troglodyte, who was brought up on army-clad Series Landies, a ’50s Jeep wagon, followed by a few Troopies and now spending time on all my recent travels in a 4.2-litre turbo-diesel Patrol.

Tyres always rate a mention in this category, as vehicle manufacturers always lean toward highway performance and quietness, both of which are at odds with off-road toughness and tractive ability.

That said, I could live with the 17-inch rubber on the Pajero and the GXL &#151 at least until it wore out, but the Kakadu’s 18-inch tyres are getting past my acceptance level for such critical bush-travelling criteria.

The 19-inch versions on both the Rangie and the Disco are a real pain; the Rangie’s being the least acceptable with such a low profile. There’s also little option for changing tyre choice and 18-inch rims don’t fit.

Only a Pirelli Scorpion ATR is available off-the-shelf in a 19-inch size. You can, however, also specify a Goodyear MT/R but only on special order from OS.

Couple the Disco’s fuel usage with the fact it has the smallest fuel tank, at 82 litres, and you can bet a safe touring range of about 580km. Not too bad, you may say &#151 but compare that to the GXL’s range of more than 1200km!

I’m really impressed with the long service intervals of the twin-turbo TDV6 engine found in both the Landies. These new hi-tech engines boast a service interval of 26,000km or 12 months, which means you can do a trip around Oz and not worry about an oil or grease change.

In the Bushability section, we also take a peek at what the aftermarket offers each vehicle by way of accessories. The Rangie receives little outside help to overcome any of its deficiencies, and it’s a given that the new Prado will cop a list of add-ons as long as your arm.

The Pajero also ranks highly for touring mods, while the Disco sits somewhere between the two extremes; its air suspension limits a wide range of acceptable undercarriage improvements.

We’d like to point out the Pajero’s air intake sits on top of the radiator facing forward, making it susceptible to water ingress, and while snorkel choice is limited, we’ve spoken to diesel Pajero owners who are more than happy with a unit from Airtec.

Both Landies feature a high-set air intake at the rear of the mudguard &#151 perfect for snorkel fitment.

The Prados cater very well for under-bonnet accessories like a second battery, but fitment of a second cranker would be virtually impossible on the two Landies. Pajero handles a small auxiliary battery with minimal effort.

We discuss the payload of each vehicle in Doing the Job, but how well they carry that load is another thing. There’s no doubt that the air-suspended Landies rank highest, where the Disco just edges out the Rangie.

The Kakadu isn’t highly thought of; its self-levelling bum feels soggy under the weight of five blokes in the cab. The GXL was the better of the all-coil vehicles and the Pajero and Prado have the benefit of a better load-carrying suspension via the aftermarket.

After a lot of wheelin’ around the scrub, the GXL emerges as the outstanding vehicle in this category, with all the judges marking it highly.

The Pajero is not far behind, while the Disco and the Kakadu pick up an average mark. The Rangie finishes at the back of the pack in the Bushability stakes, but that shouldn’t surprise anyone. 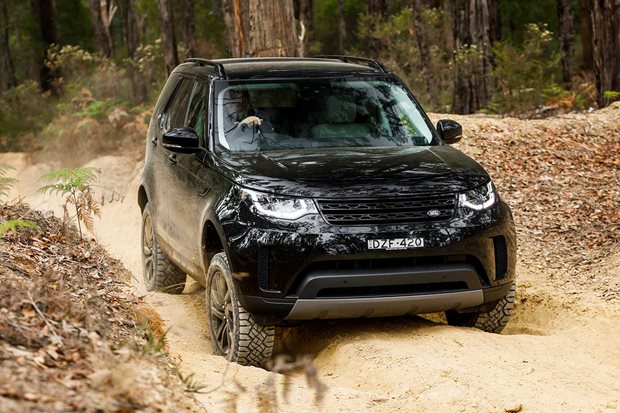