‘ROLLING coal’, as the diesel fanatics call it, is a favourite pastime for many of our American friends, who enjoy blowing large plumes of black smoke into the faces of environmentalists. Normally this sort of childish behaviour would occur behind the wheel of a big diesel truck, but the guys at Weaver Customs in the US decided a 1970 Plymouth Barracuda was going to be their diesel-powered smoke machine of choice. 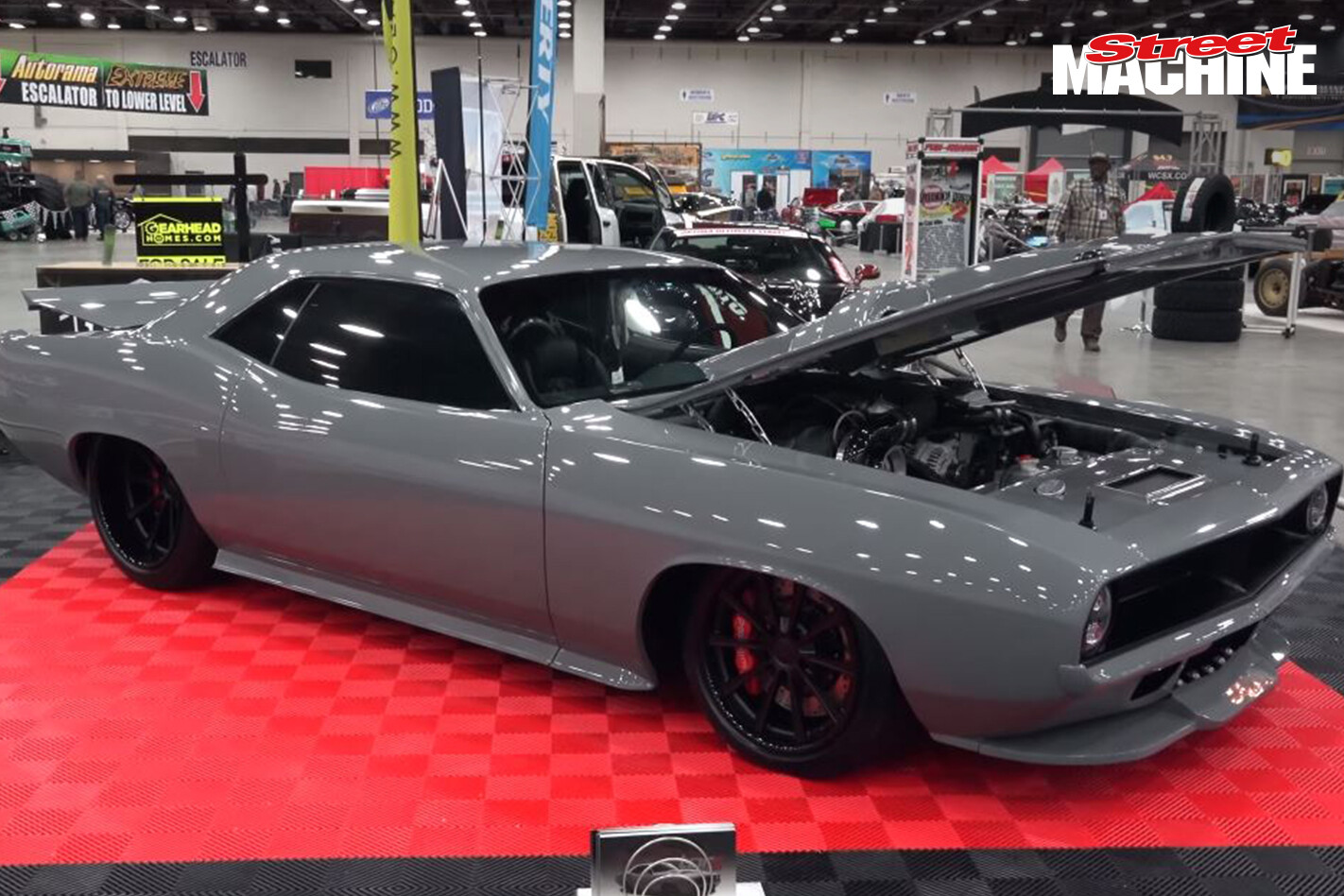 The block is borrowed from a 2010 Dodge one-ton pick-up, and has been fitted with a smaller turbo feeding a larger one in a compound-style system that makes anywhere from 80-100psi on the street. Phwoar! The unusual package is good for 1500rwhp and 2500ft-lb of torque. We seriously doubt you’d get that from a 340! 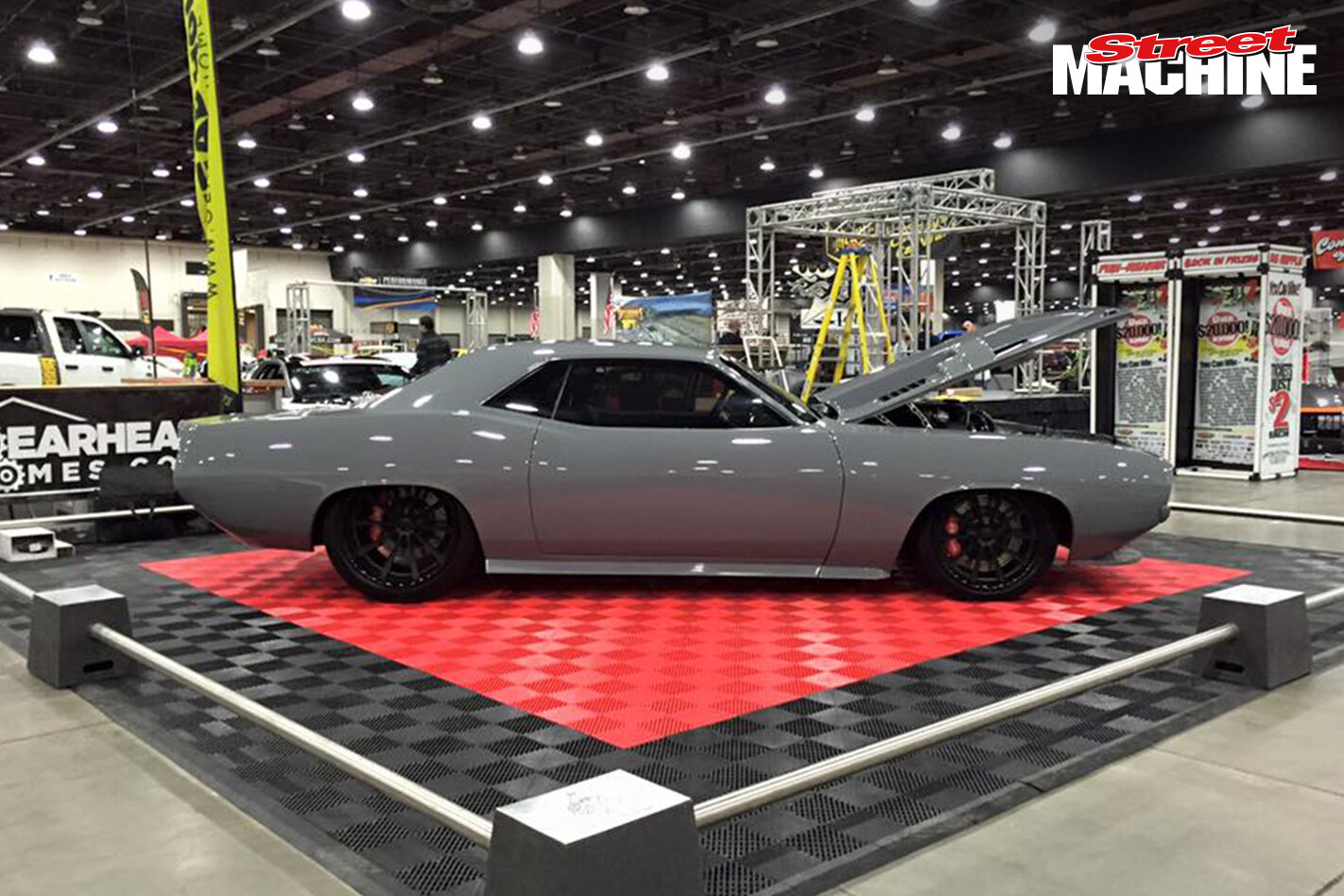 The rest of the car is a work of art, Weaver Customs spending hours shaping the steel body to their desire. The roofline has had a mild chop (but still has a factory-size windscreen), the door handles have been shaved, the huge exhaust has been given an exit point more commonly found on a Lamborghini, and the custom bonnet was shaped to accommodate the new donk and its turbo system. Randy Weaver is the mastermind behind the build he affectionately named TORC, and the part he’s really proud is the fact that the entire car is all steel, with no fibreglass to be found anywhere. “The entire car, even the centre console is steel,” he said. “We spent hours shaping things like the bonnet to get it to work. I just love working with steel and the result is awesome.” 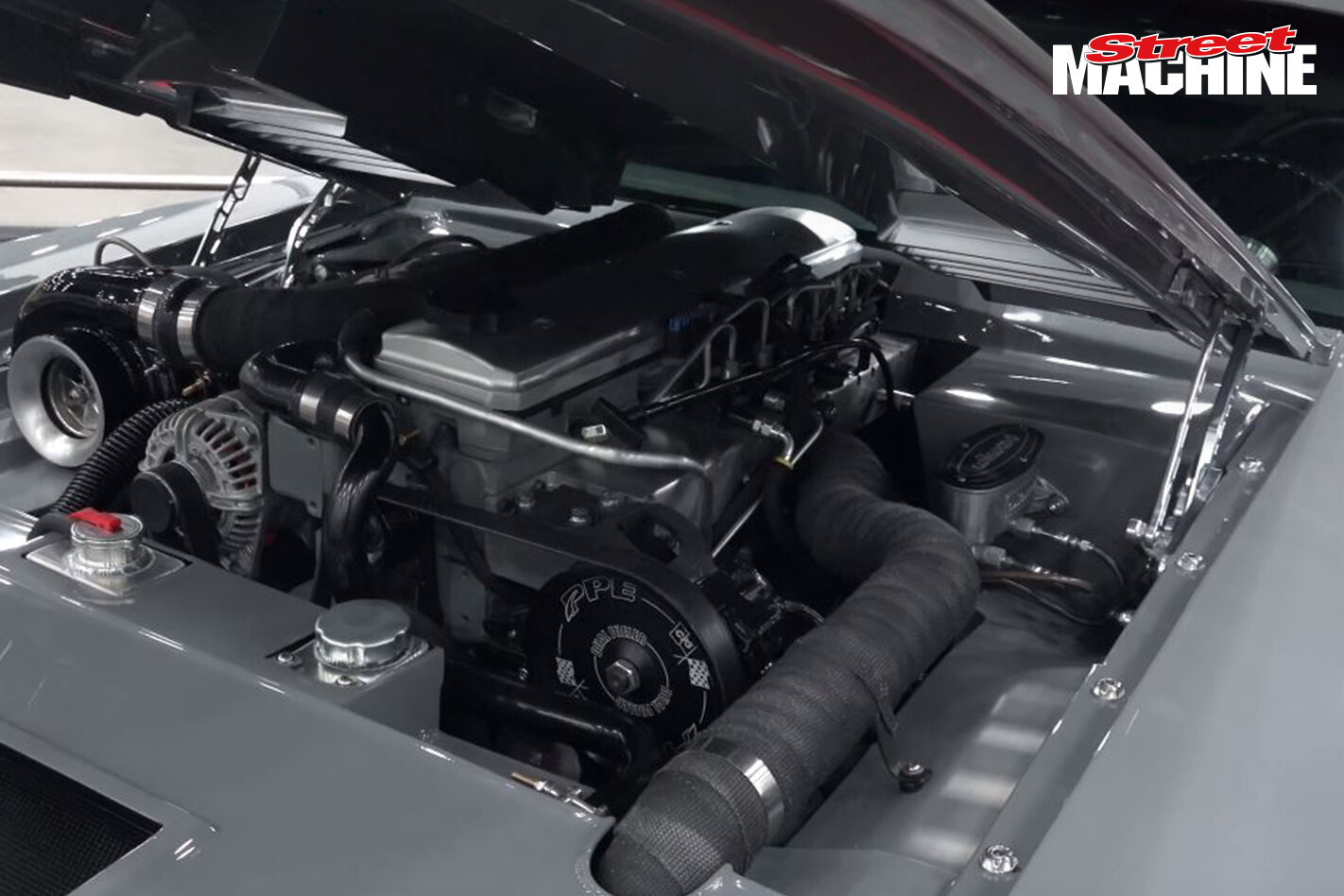 The car did the show rounds in 2016, including the likes of SEMA, before going up for auction at Barrett-Jackson in Scottsdale in 2017, selling for $129,800 of somebody’s finest US dollars.

Regardless of what you may think of the swap, you’d be hard-pressed to find a build-quality issue with the car, and the power being chucked out by the Cummins powerplant is hard to argue with.