HOT hatches aren’t our usual fodder at Street Machine, but when Ford Australia offered us an all-wheel-drive turbo Ford Focus RS for the holidays and to take to Summernats, we jumped at the opportunity. 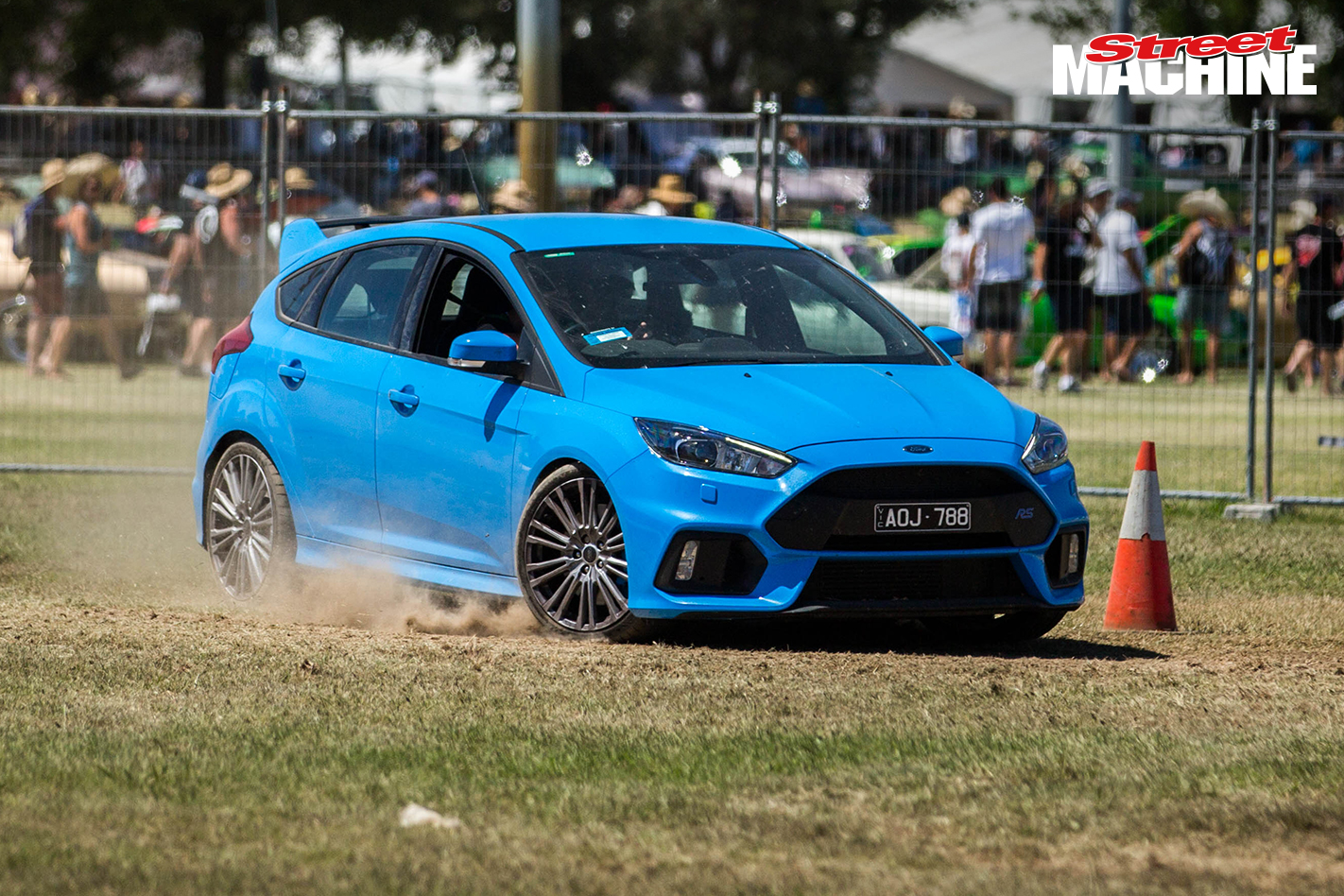 THE Focus RS is Ford’s top-of-the-line hot hatch. It’s powered by the 2.3-litre EcoBoost four-cylinder turbo engine from the Mustang, although hotted up with a bigger turbo to deliver 257kW and 440Nm. Grunt hits the road through all four wheels via a trick all-wheel-drive system that can send up to 70 per cent of the power to the rear wheels.

The rear differential is a clever torque-vectoring item that can divert up to 100 per cent of the power it receives to either rear wheel, and the result is absolute traction and phenomenal cornering grip. It’s also been stiffened up substantially over a standard Focus, and the suspension has two modes: one for the street, and a second rock-hard tune designed for smooth race tracks. There’s also a Drift Mode, which sets the all-wheel-drive system up for ultimate sideways fun. 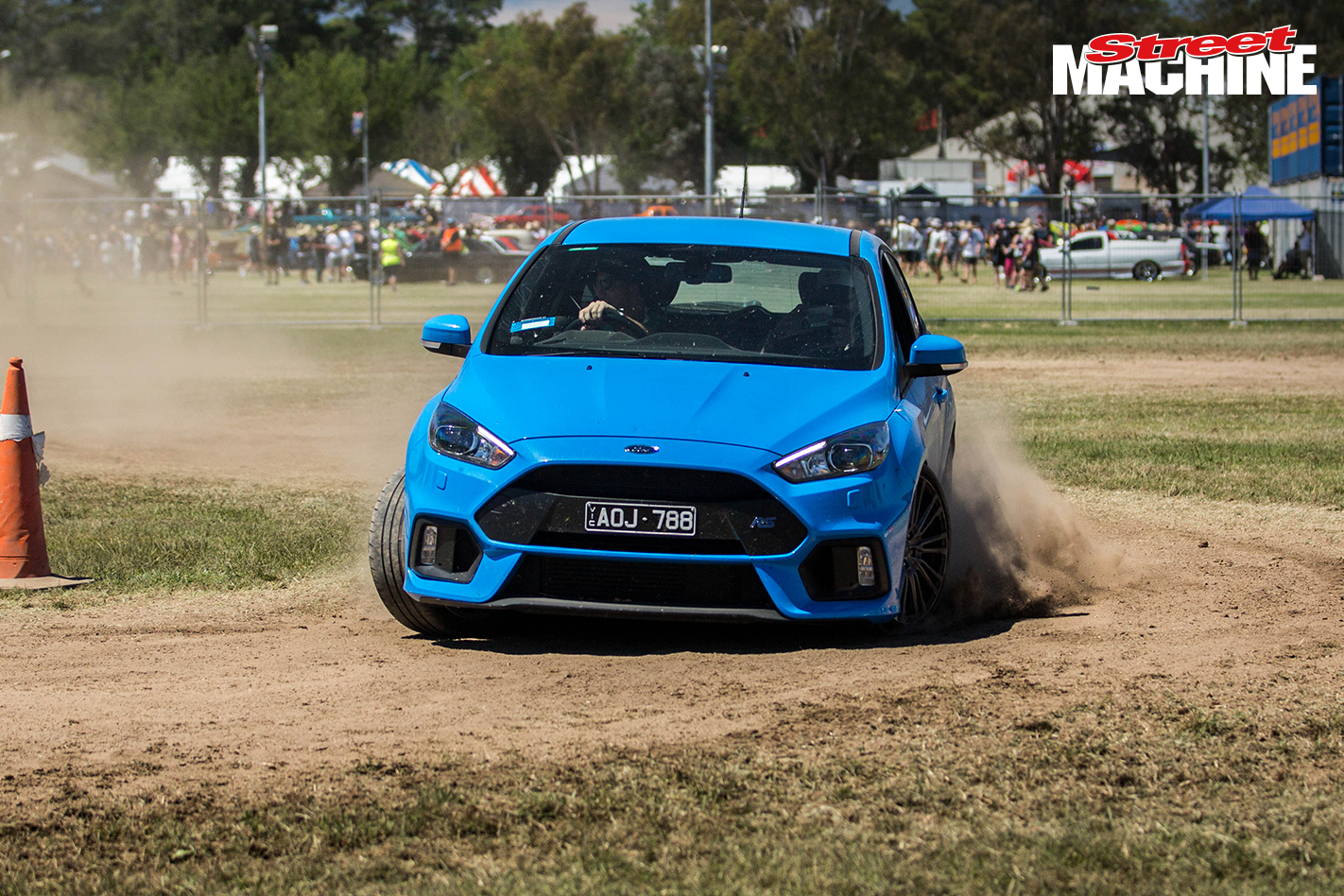 FOR a car that is essentially front-wheel-drive-based, it does a hell of a job of imitating a rear-wheel-drive car, with shedloads of grip. Ultimately the RS is FWD until it senses the front treads starting to lose traction and then shuffles power rearwards. It sounds like it would feel a bit weird and unnatural, but the outcome is a car that just hooks up and rockets out of corners, with the occasional wriggle from the rear end.

The only time you can sense the front wheels working hard is at high speed, as they drag you out of corners. There is a slight hint of torque steer when you’re back on the throttle in a straight line, as most of the power is going through the front tyres, but in terms of cornering dynamics you just drive it like a rear-wheel-drive car.

The car we had was fitted with the optional Michelin Cup 2 tyres, which are a super-sticky track-oriented street tyre, and once warmed up they are brutally effective. With minimal tread, the Cup 2s probably aren’t great on a wet road, but in the dry they give the RS insane cornering grip and predictable balance when they eventually give up their hold on the tarmac. 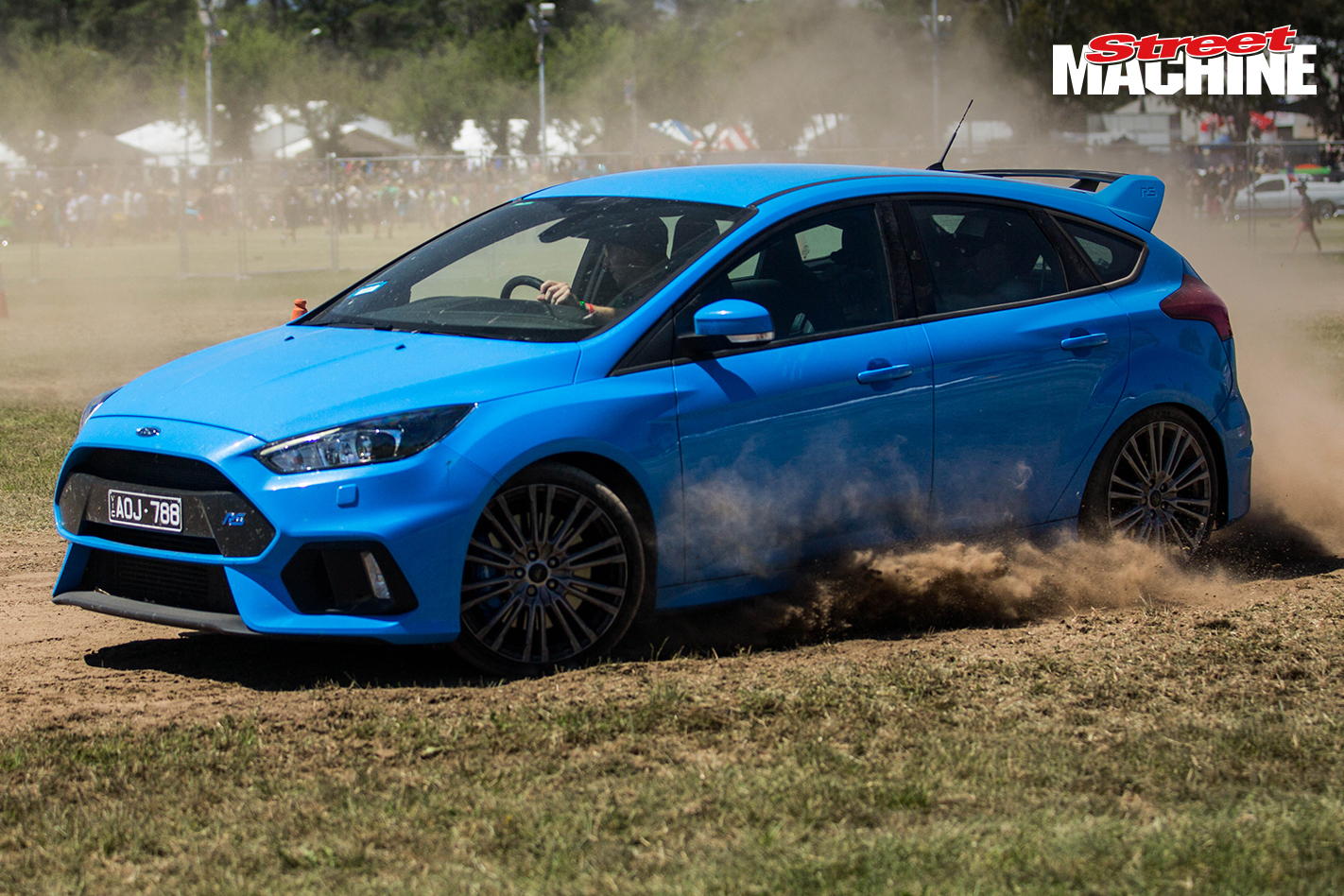 AND DRIFT MODE IS A GIMMICK?

ACTUALLY, no – it does what it says on the tin! Sure, it’s not as playful as a dedicated rear-wheel-drive car, but it will slide to the point where there’s smoke coming off all four tyres. It’s not foolproof; you do still have to steer it, but it’s very easy to use and adds another layer to the car’s character – it can be fast and clinical, but press a button and it turns into a car that’s also a hell of a lot of fun. 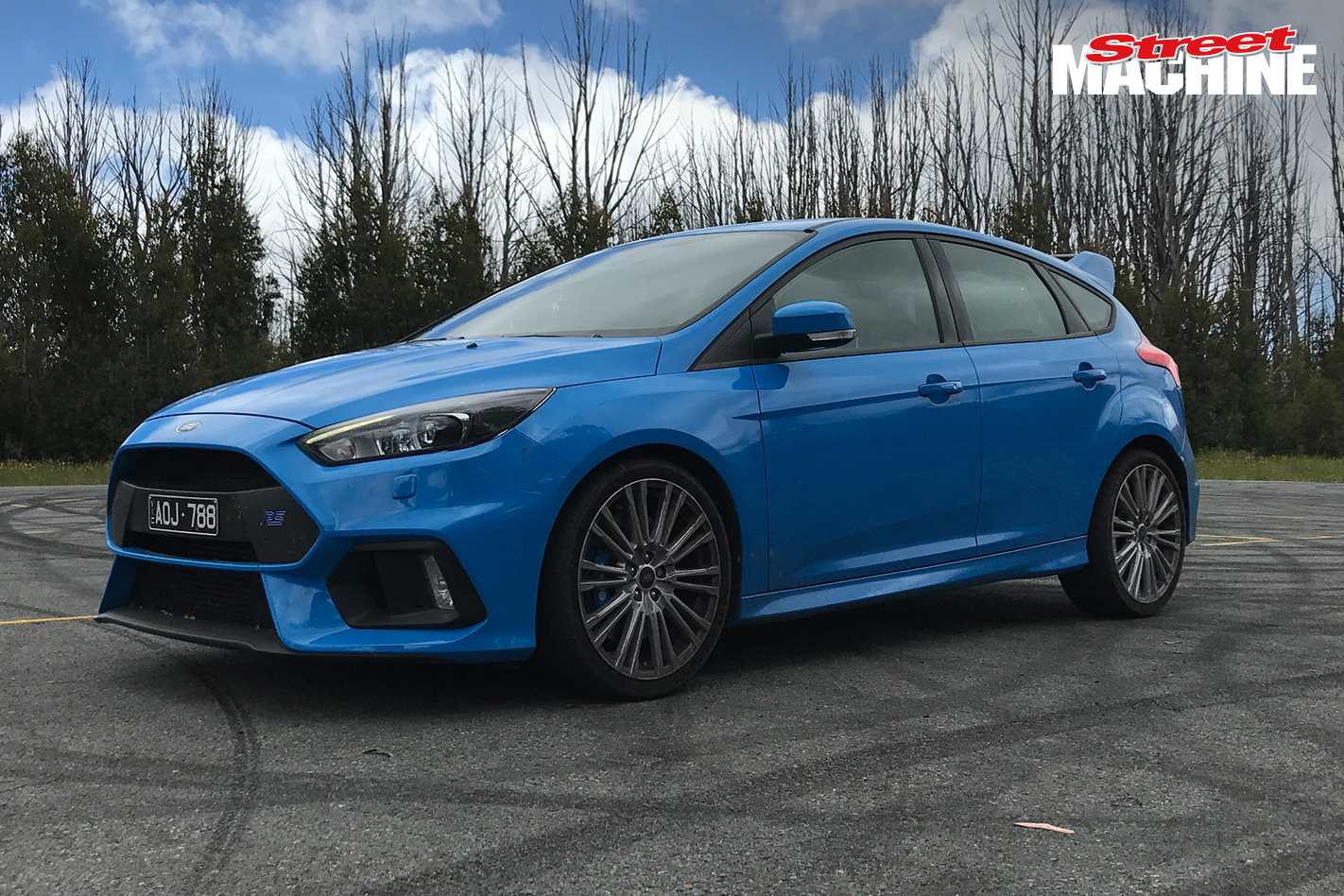 HOW MUCH IS IT?

THE RS that we drove retails for a smidge over $50K, which sounds like bloody good value for a car that does 0-100km/h in four seconds and is this quick across a road. For around the same money you could have a less powerful VW Golf R or a front-wheel-drive Honda Civic Type R.

To get all-wheel drive and the kind of grunt that the Focus offers, you have to go to Audi’s RS3 or Mercedes-AMG’s A45, which are at least $25,000 more expensive. Or if you’re not sold on a hot hatch, an EcoBoost Mustang, Kia Stinger GT or last-off-the-line VFII SS Commodore are your only performance options at this price.