AT 19 years of age, Shane Jones turned his focus away from the surfing circuit and towards a well-worn 1971 LC GTR Torana that had sat in his parents’ driveway for far too long

AT 19 years of age, Shane Jones turned his focus away from the surfing circuit and towards a well-worn Cyan blue 1971 LC GTR Torana that had sat in his parents’ driveway for far too long. At the other end of an extensive restoration project, he ended up with this sweet Sebring Orange road rocket, complete with the extra power of a fully legal V8.

The bodywork was a collaboration between Belair Panel & Paint and Ferrace Auto Body, and the car was returned to Belair for paint. It’s a credit to all those involved in the paint and body restoration that the Torana still looks factory fresh some 15 years after the work was completed. 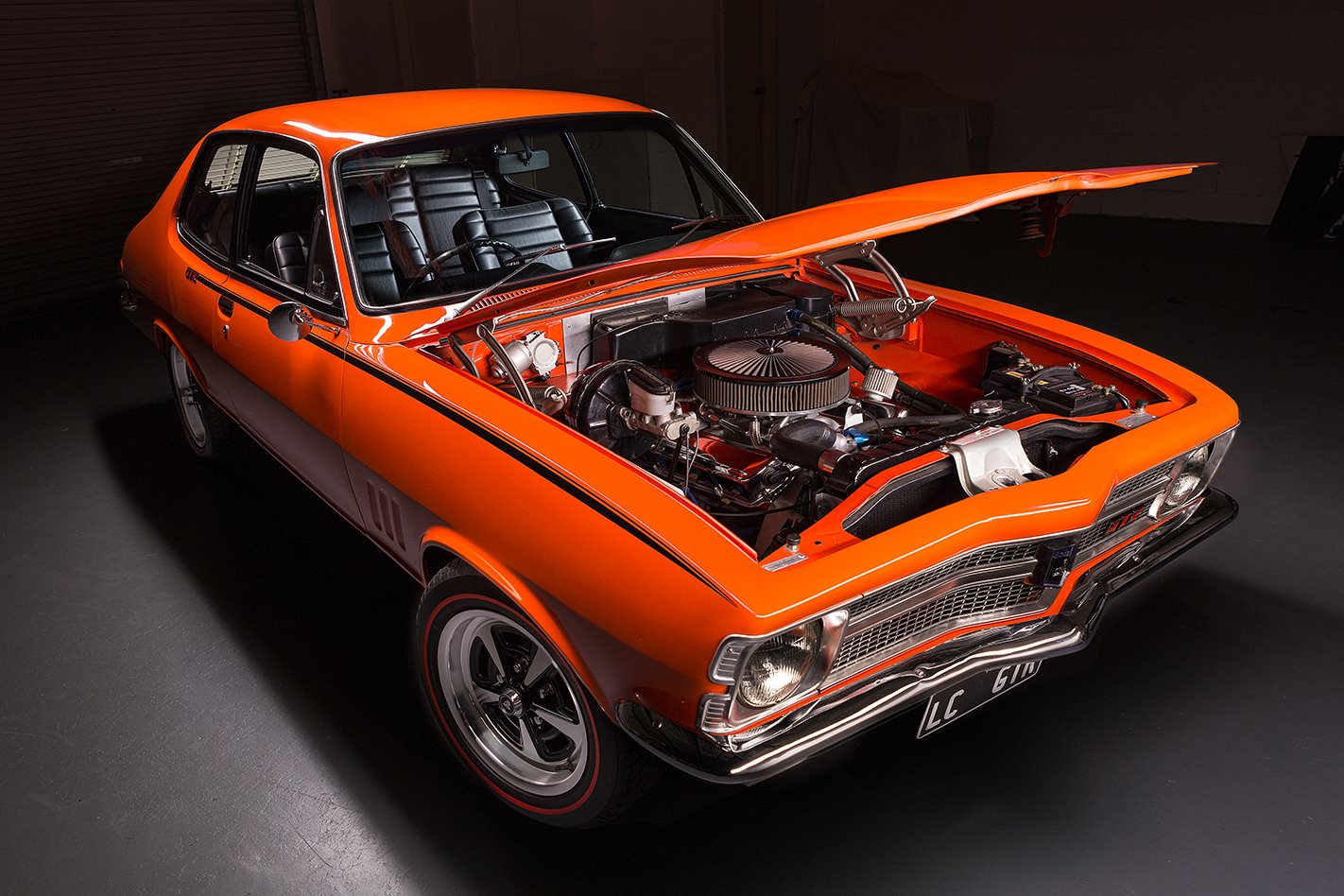 Keeping the car looking original was important to Shane, with the only departure inside being the addition of a monster tacho. However when it came to the driveline, Shane’s Dad suggested slotting a suitably warmed-over 253 V8 between the chassis rails, as well as upgrading to a V8-spec Aussie four-speed cog swapper. The most striking point of this conversion is just how factory the V8 looks sitting in the engine bay. 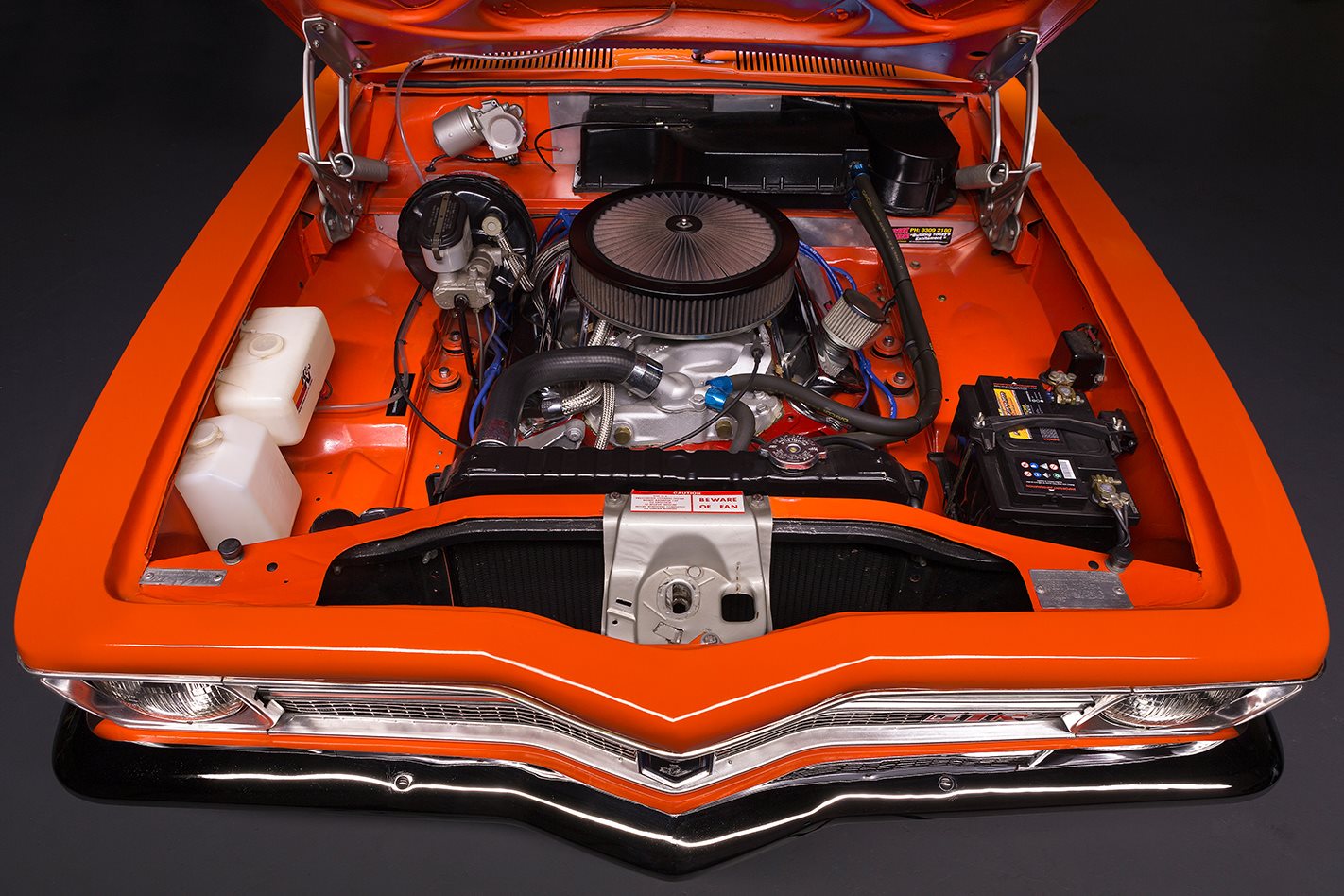 The upgrades didn’t stop there though, as Shane’s endgame was a fully engineered and legal V8 LC. A VS Commodore was cannibalised for its third member, and it was shortened to suit the GTR’s narrower track. All four of the Commodore’s rotors and calipers were swapped across to the Torana to bring the whole shebang to a stop quick smart. 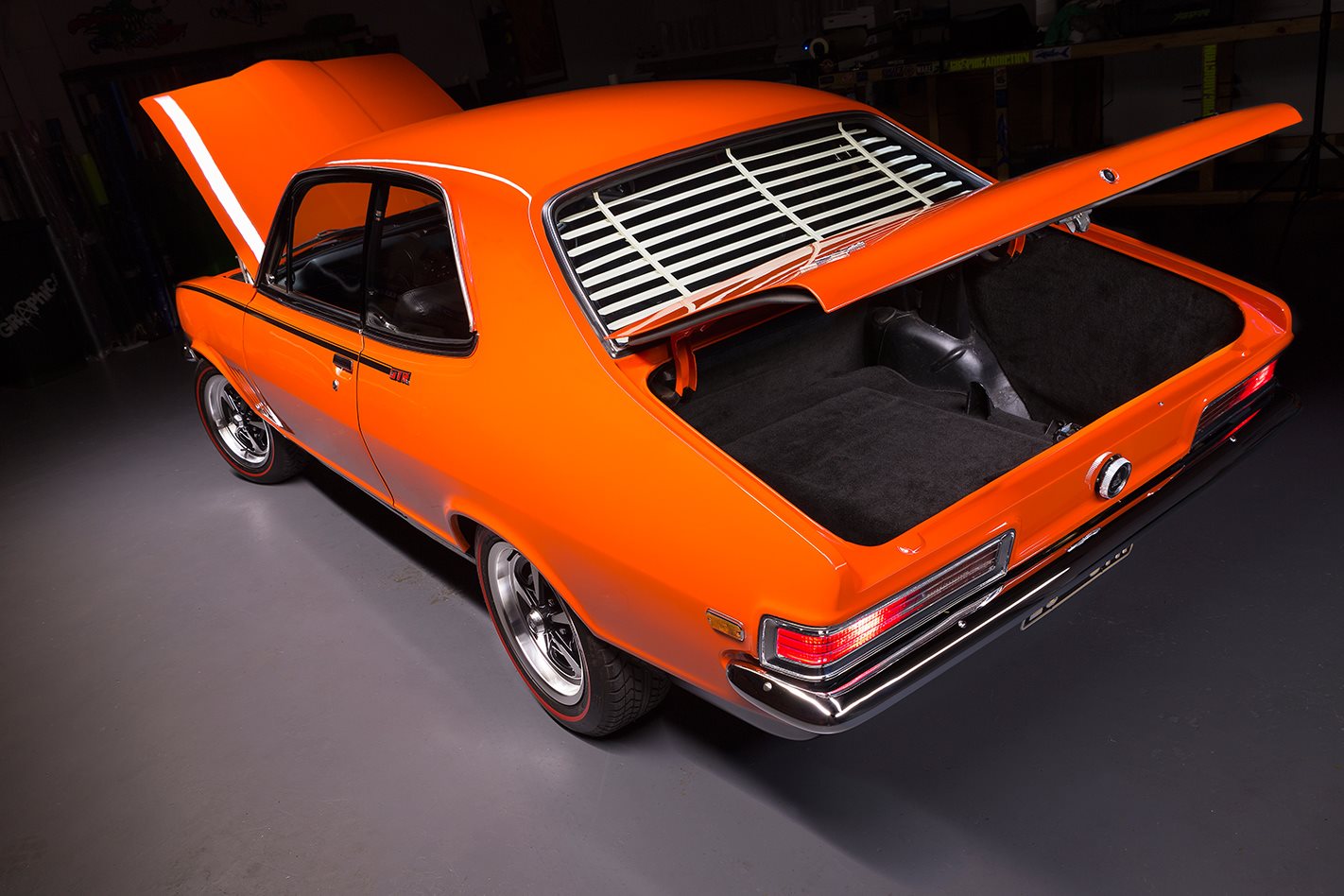 Having physically bigger brakes required bigger-than-standard wheels, so while hunting online for a new set of hoops, Shane came across these billet 15-inch GTS/Sprintmaster copies and had them ordered within the week. A set of red-striped tyres complete the OEM theme perfectly. 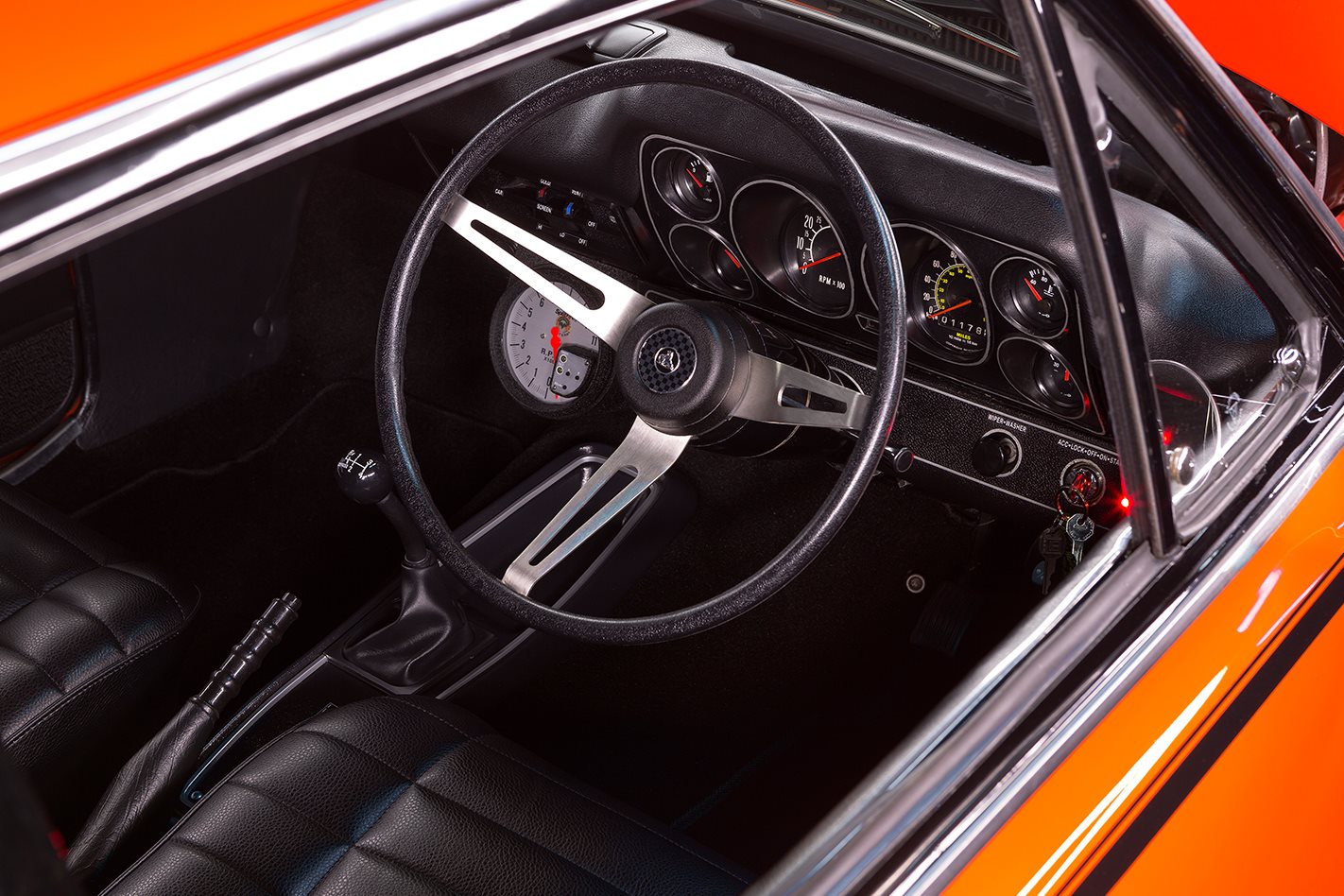 Thanks must go to Shane’s parents Steve and Felicity for their help and for storing the coupe for so long, his brother Jeremy for all his assistance, John and George Donis from Street Scene Automotive for their excellent mechanical work, and Brad at Scott’s Trimming for the period perfect interior.

Update: Shane has decided it's time to sell his rocket, you check out the details at TradeUniqueCars.com.au