SOUTH Australia’s Sean Basford has been skidding his 1977 RA28 Toyota Celica since 2013, getting around to events all over the country. Sean performed some custom bodywork on the car, including raised doors for a chopped look, a wild all-steel custom dash and a neat rear roll pan. Sticking through the bonnet was a 350 Chev V8 and with a flat black paint job with blue tribal flames, the Celica was no shrinking violet.

However, the burnouts were taking their toll on the car, so Sean decided to strip it down to its jocks for a complete rebuild, the idea being to make it better to drive, more resistant to damage and much nicer to look at.

Leepoo Chassis took up the job of re-engineering the car, converting to full-chassis configuration, with big tubs and a new floor, complete with a raised transmission tunnel to help get the car down low without drama. Out back is a four link suspension deal, while up front there is an RX7 steering rack and coil-over shocks.

The engine has also been upgraded to a 400ci small-block Chev built by Danbe Auto Repairs, which makes over 600hp and is hooked up to a Powerglide and nine-inch. Sean wired the car himself and handed the car over to Shannon Barrett Painting to lay on the gorgeous Isuzu Marina Blue duco.

We clapped eyes on the new build for the first time at Red CentreNATS in Alice Springs earlier this month. Sean was hoping to skid the car at the event, but wasn’t able to get the final tune done in time, so he was content to enter the car in the show ‘n’ shine and cruise around the streets of Alice in his creation. We’ll have to wait until the Oz Nats hit Adelaide International Raceway, 22 October. Check out the video as Sean talks us through the new combo. 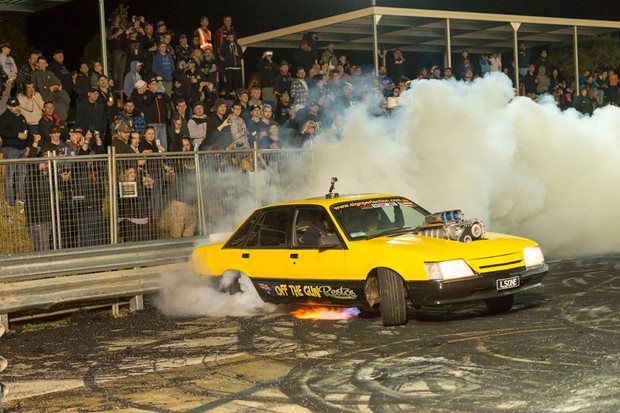 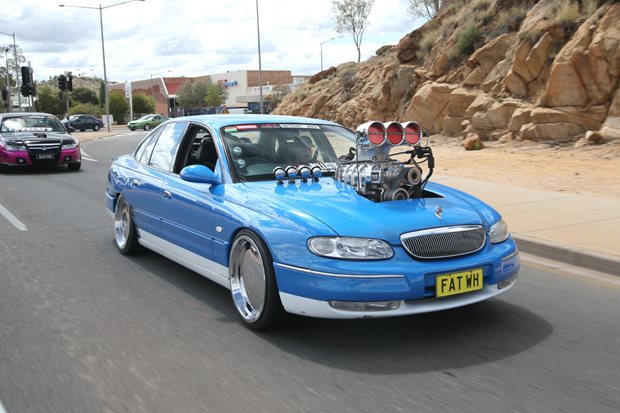 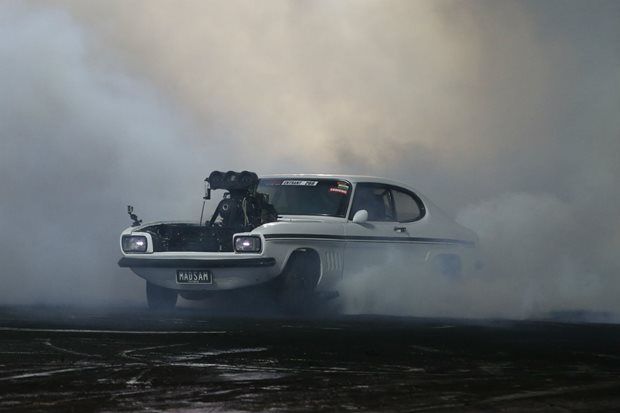