SINCE the very first Racewars event back in 2013, there has been a small group of guys rocking up with old-school muscle and blowing the doors off a lot of modern and exotic gear. Admittedly, it’s usually in the 400m event rather than the 800m, because let’s face it, who wants to go much further flat-out with 1960s suspension and brakes!

Brad Gardiner is one of that core group of people that loves to get along to Racewars at Albany Airport – and just about any other event where you get to beat up on your car, such as Powercruise, Roll Racing and a bit of quarter-mile drag racing.

The Roll Racing at Barbagallo Raceway was the first time I saw Brad’s HT ute in action, and although I didn’t get a chance to catch up with him there, I was mightily impressed by how well the unassuming ute performed. Sure, it had a couple of carbies poking out of the bonnet, but it was hosing a lot of very quick cars. 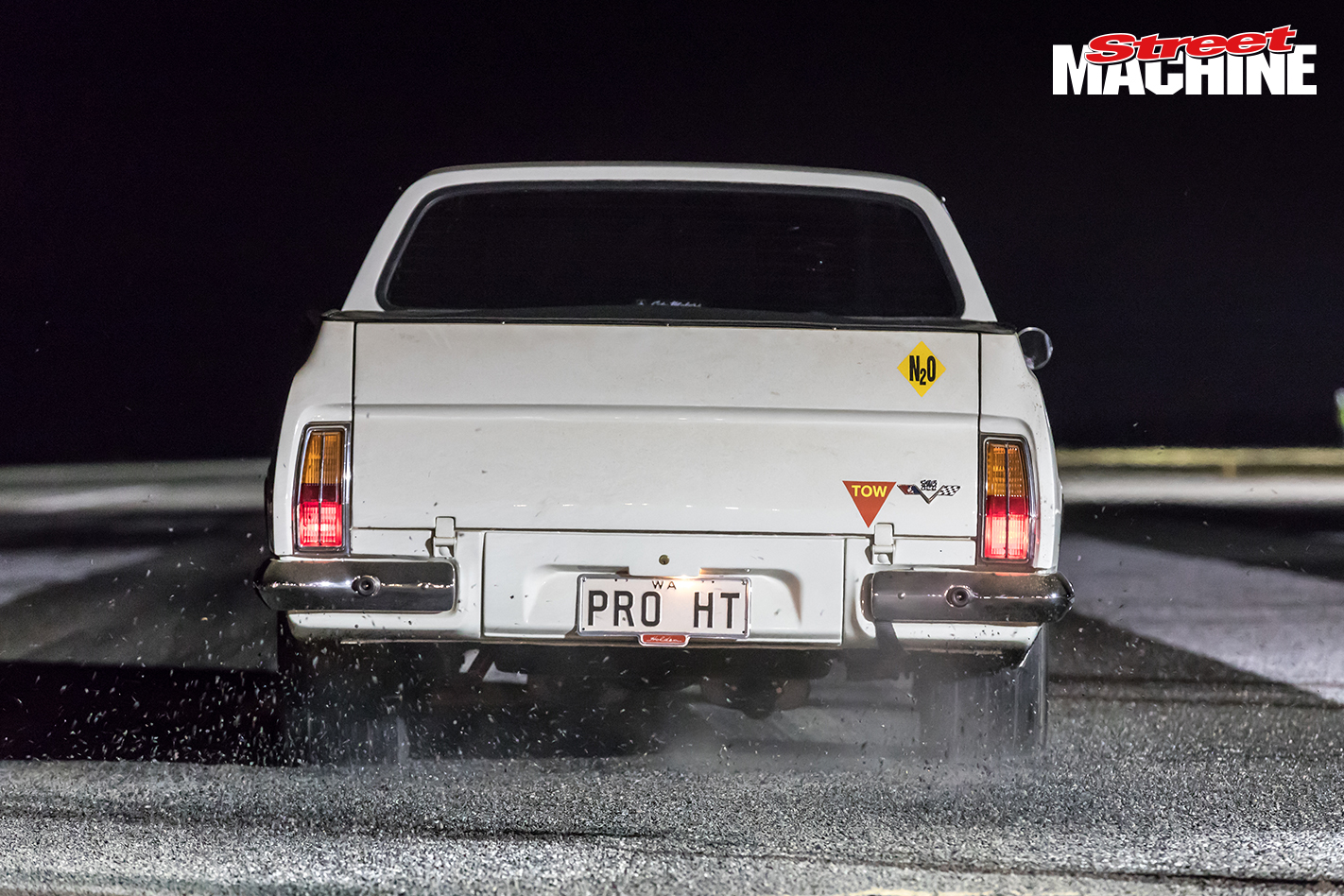 I finally managed to have a chat with Brad at Racewars about the car and what makes it go so well. As it turns out, the “little small-block Chev”, as Brad calls it, measures up at 408 cubic inches, and with a 250-shot of nitrous it gets the ute moving along just nicely. Brad’s got a couple of bottles mounted in the back of the ute tucked away under the tonneau cover, and the nitrous is activated once he hits full throttle through a micro-switch mounted to the rear carb.

Naturally aspirated the car is capable of 10-second quarter-miles, but when Brad sprays it, it should easily dip into the nines; that’s when things get serious and you start needing rollcages, race seats and fire suits, but that won’t happen. Brad loves driving it on the street and does plenty of cruising, but he makes sure the nitrous bottles come out first! 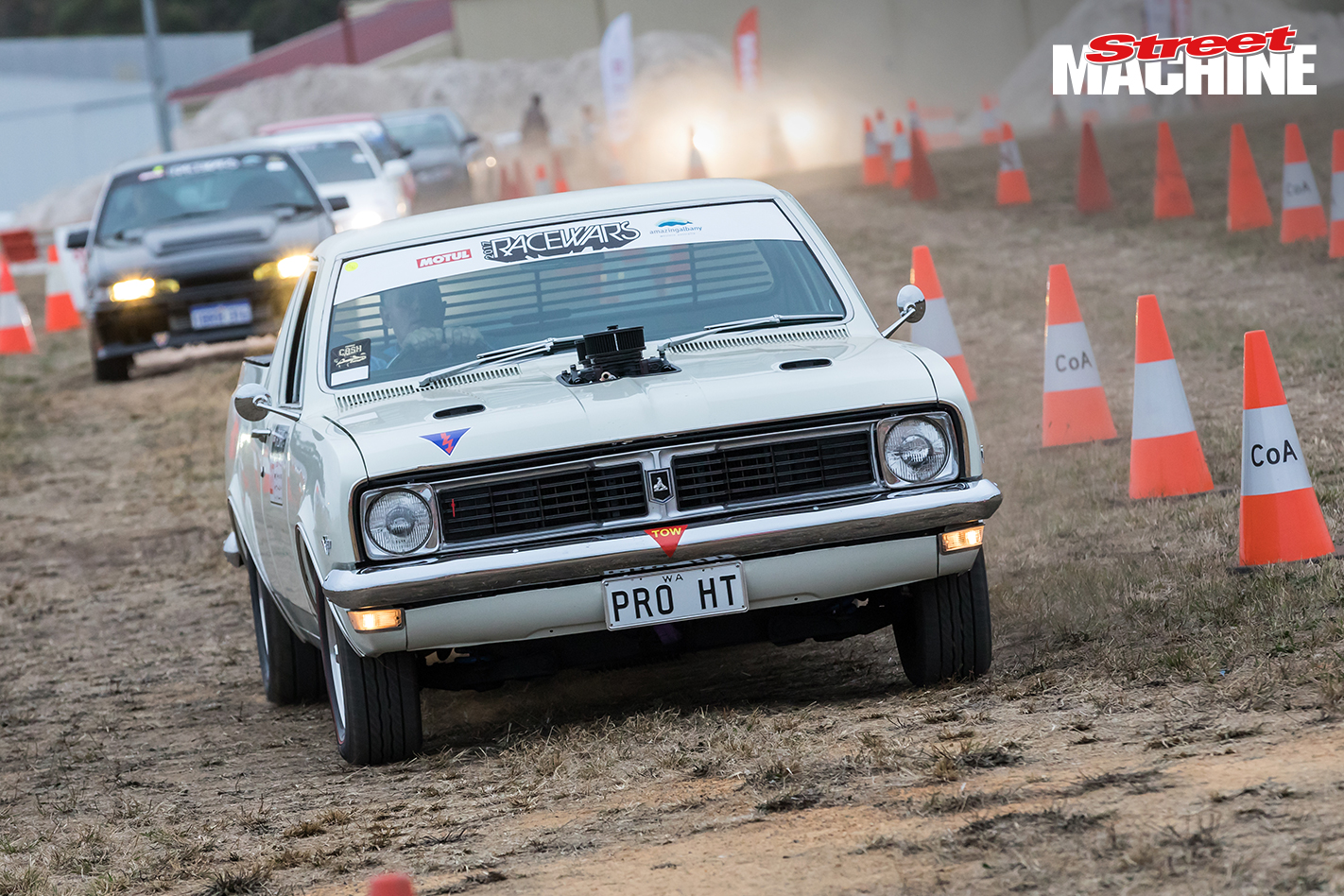 The staging lanes at Racewars could be considered agricultural, but that didn’t bother this old farm ute. 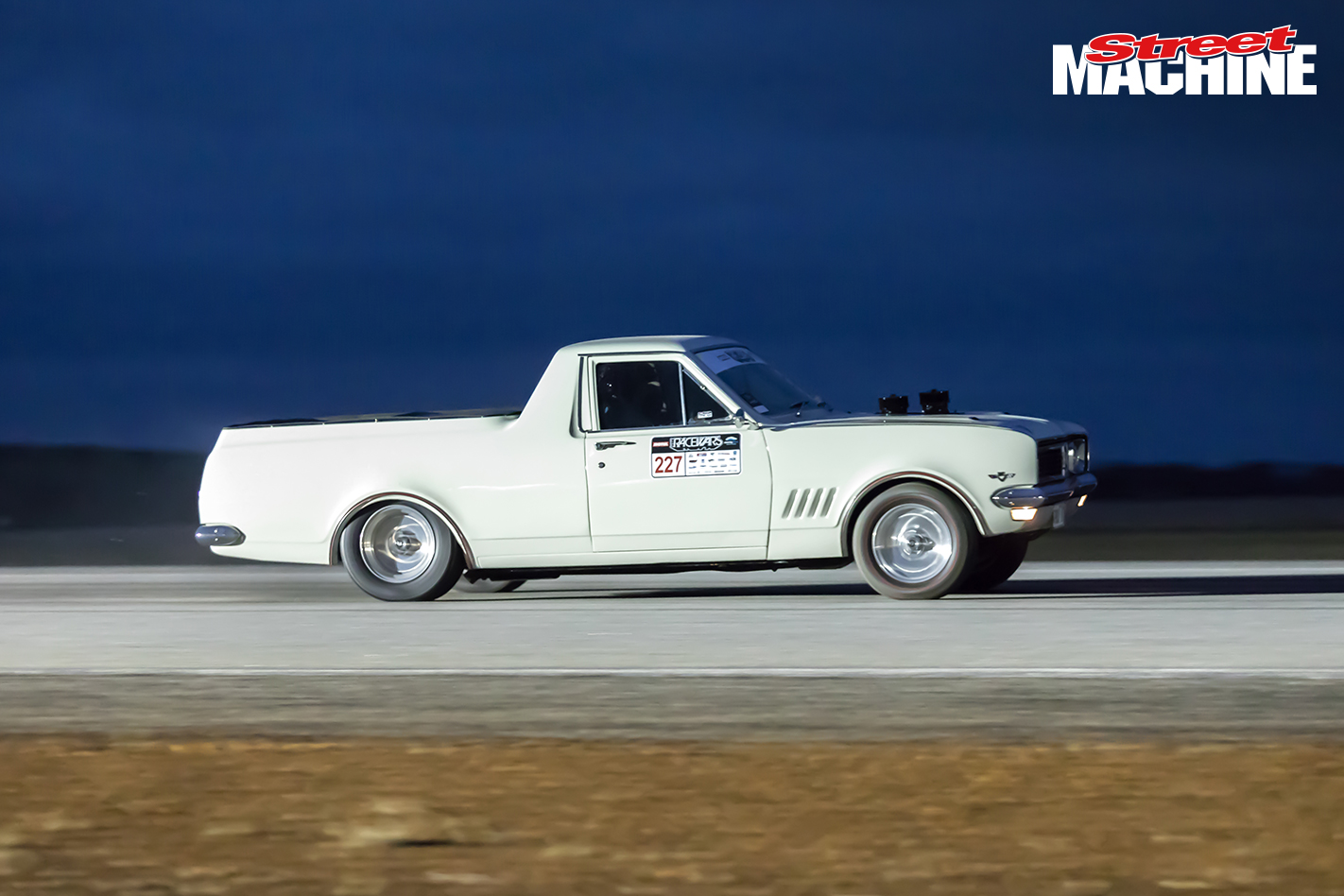 Saturday night at Racewars featured Cash Days, a Street Outlaws-style flashlight drags, and Brad managed to make it to the finals but lost out to Brook Gunning’s XE Falcon. The trick on the night was to roll out gently and then nail it once you got down the track a little. Brad knew that, but the red mist descended on the finals run and he blazed the tyres. 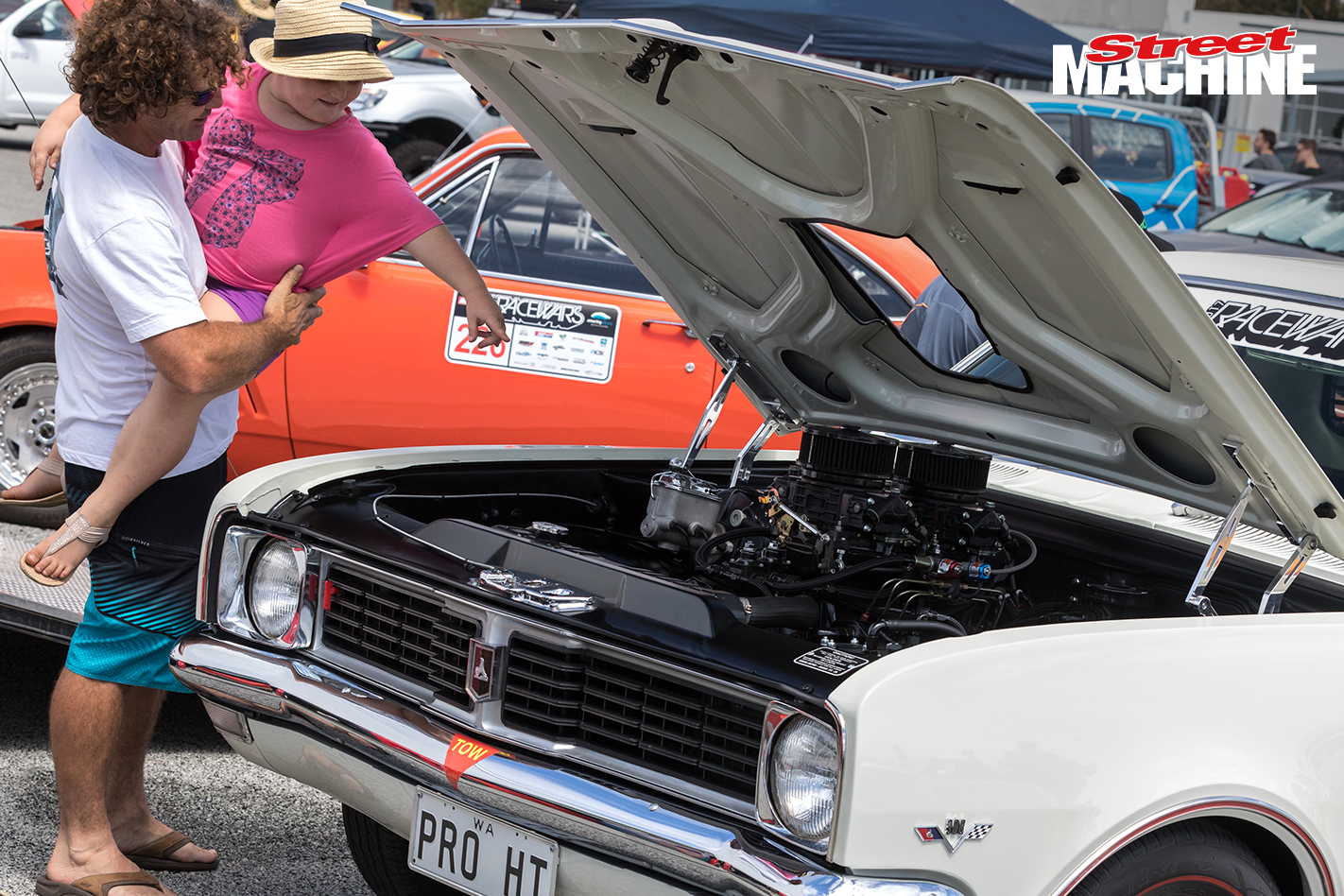 Although the all-black engine theme has been popular for a few years now, not many people have done it as nicely as Brad. The 408 Chev still looks pristine after more than two years on the road. The plumbing for the nitrous system is also a lesson in symmetry and neatness and was popular with the punters, with Brad receiving plenty of compliments over the weekend. 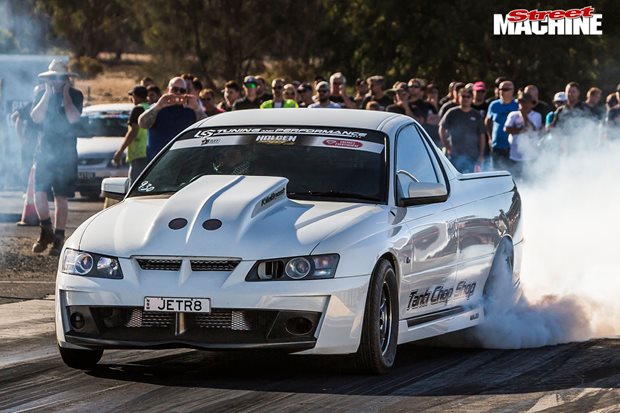