WORLD-renowned YouTuber Adam LZ has made the trek Down Under from the US for the first time, so it was only natural that he was given a ride in one of the Aussiest drift cars ever made: a Toyota HiLux with an LS. 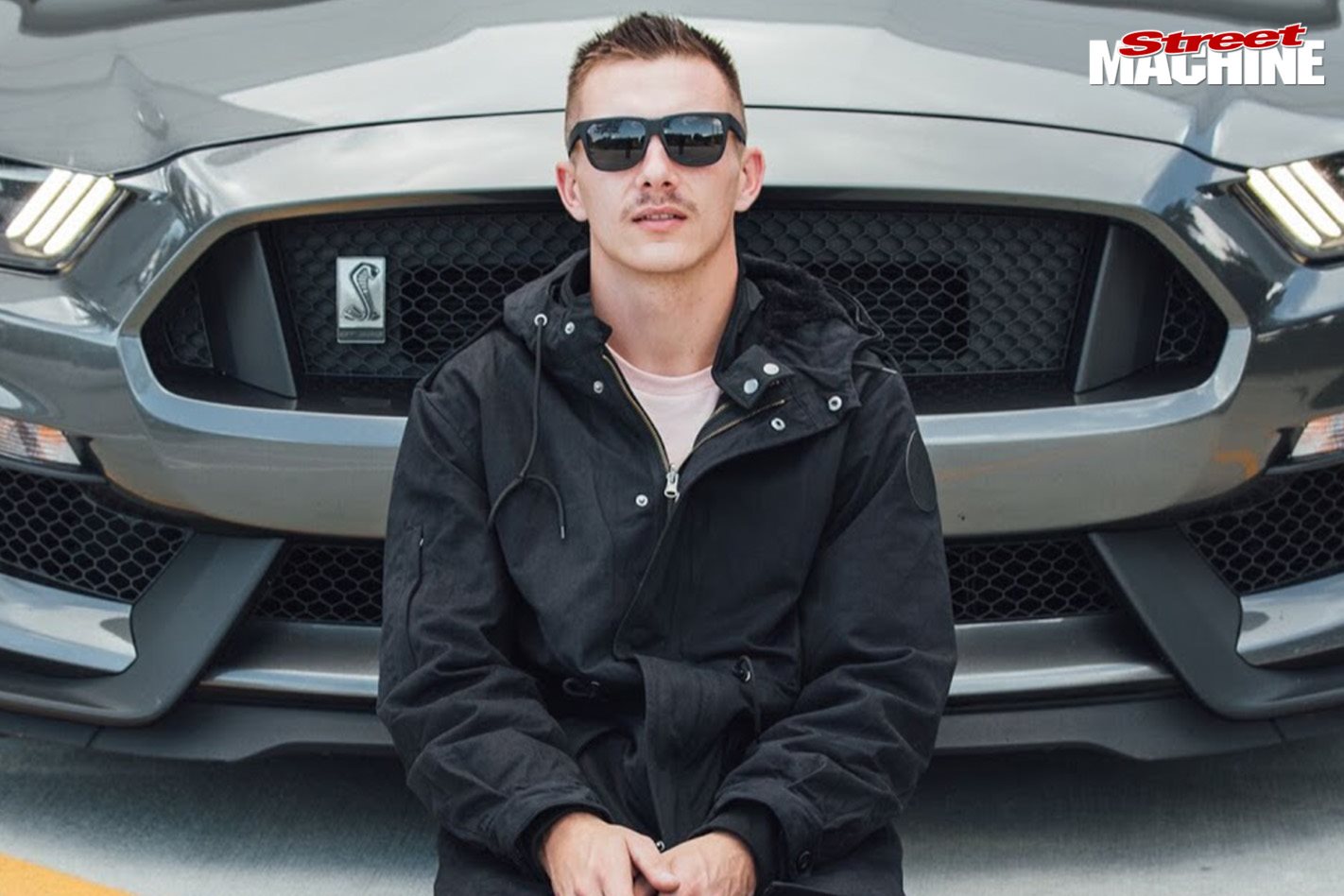 Australian drifter Luke Fink invited the YouTuber (who has over 2.3 million subscribers) to come over to the land of real horsepower to see how us Aussies get down, introducing Adam to strange things like SS Holden utes, the amazing RB30 Nissan engine and Mitch Pullen’s 650rwhp LS7-powered Toyota HiLux drift car. 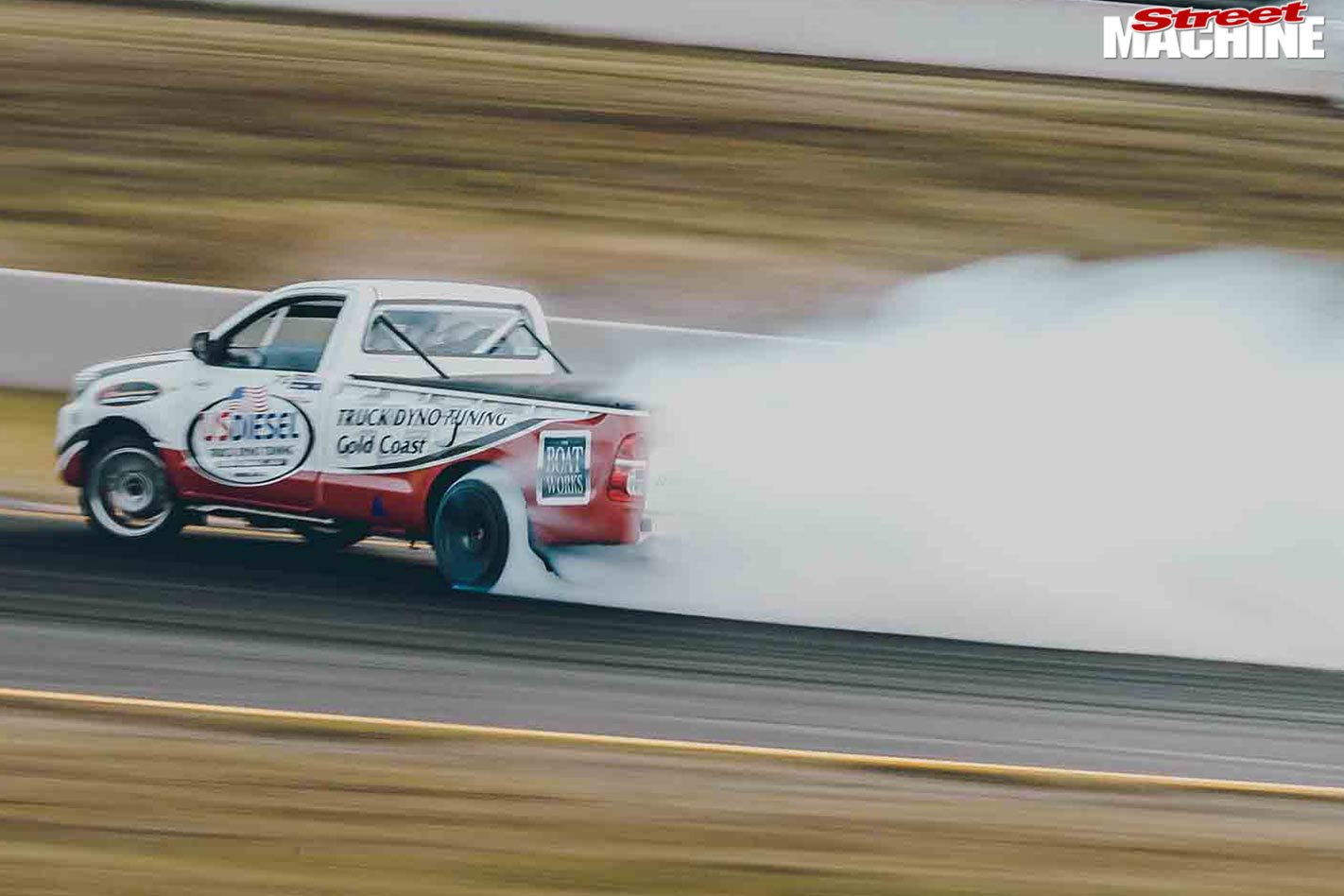 The HiLux actually has a history with Street Machine, taking part in Drag Challenge 2018 with some pretty impressive results. At that time the car was running a single-turbo L98 making over 800rwhp, and ran a PB of 9.88@140mph, also taking home the Quickest Stick-Shift award. 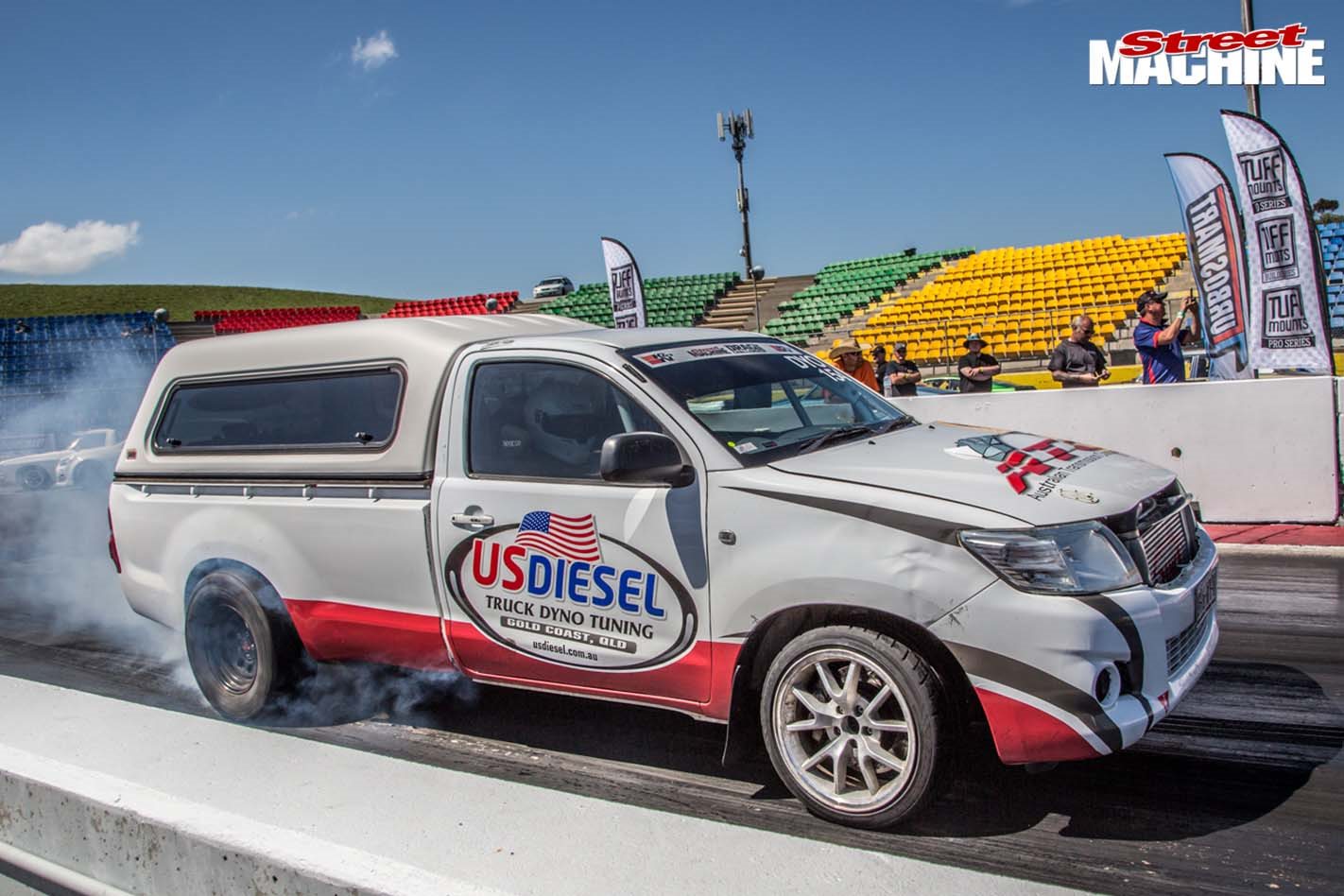 Since then Mitch has pulled the old L98 6.0-litre out and replaced it with a 427ci LS7 from a Corvette, with forged crank, rods and pistons. The titanium valvetrain means the new combo screams to 8000rpm and 650rwhp, with no turbo’s or any induction to get it up there. As cool as that is, the rest of the drivetrain is just as bonkers. It features a sequential six-speed gearbox and custom-fabricated diff, both from a V8 Supercar. 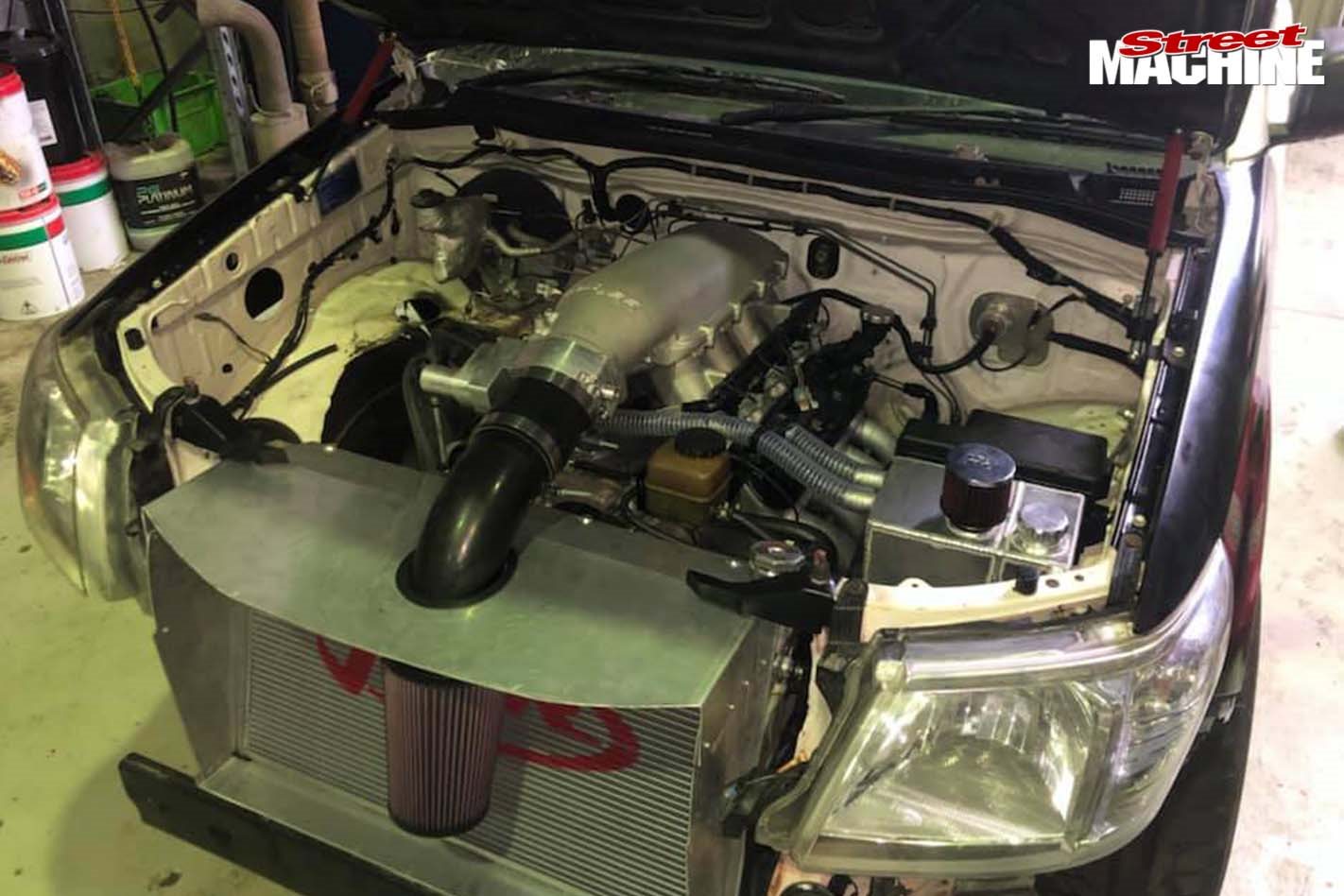 After Mitch took his new American mate around the track, he gave Adam the keys and let him have a steer of the HiLux. Adam has drifted a variety of tough cars, but none probably quite as bizarre or unique as Mitch’s Driftlux. The car survived the punishment and lives on to drift another day. Skip to around seven minutes into the video to see it in action. 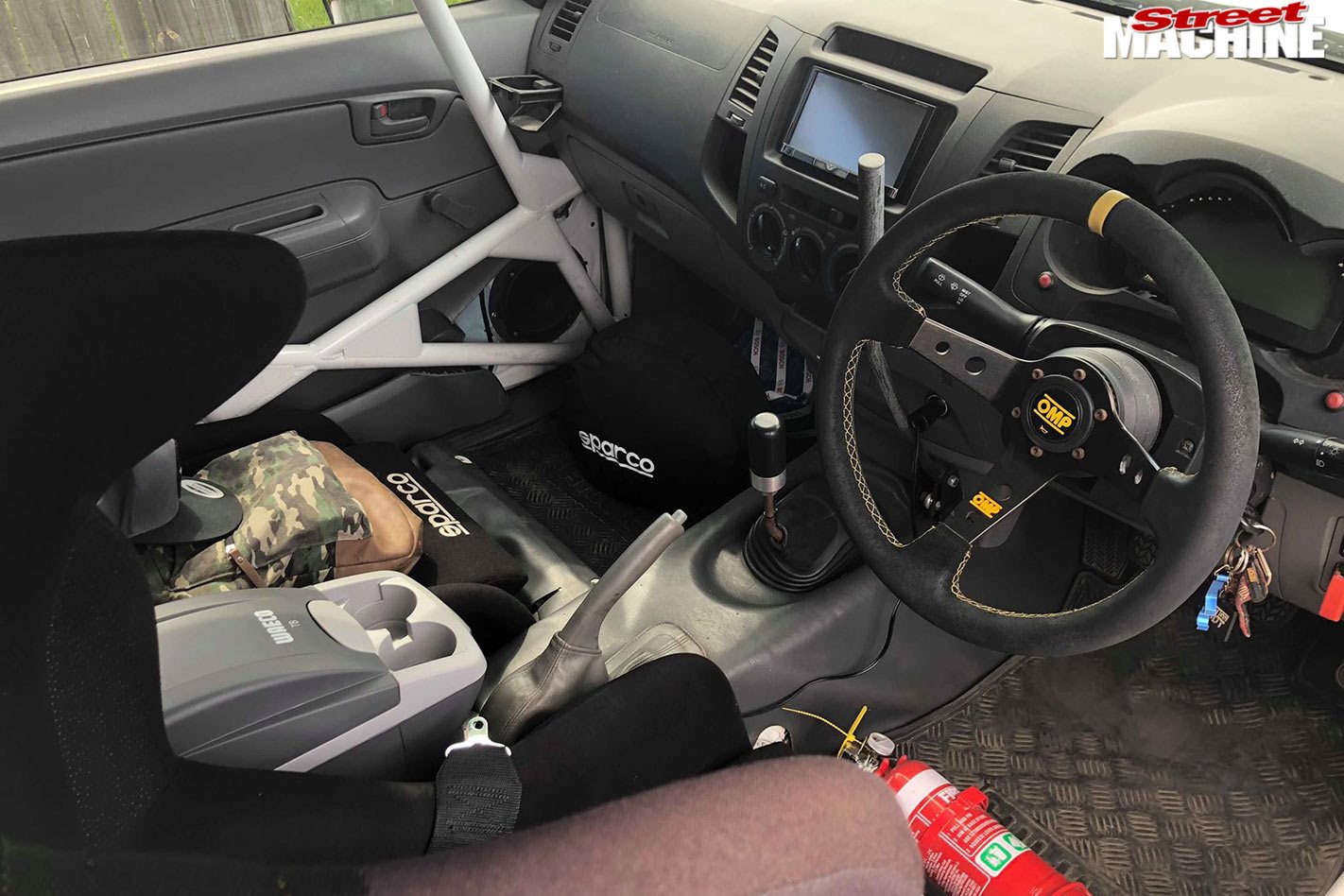