AFTER an unseasonably long break due to that bastard COVID cough, burnouts finally returned to Perth Motorplex on 17 October, with record spectator and entrant numbers rocking up for Burnout Boss.

Our resident burnout filmographer Peter Flint was on the ground behind both the camera and the wheel, and reckons Burnout Boss was one of the biggest events he has ever seen at the ’Plex. “It was nuts; the atmosphere was insane,” he says. “Before COVID, they might struggle to get 3000 spectators for the whole event, whereas on the weekend there were 3500 people through the gates before the comp had started!” By the time the pros hit the pad after dark, 8000 spectators filled the venue – the biggest crowd there in 10-plus years.

The entrant list was also stacked to unseen heights, with 147 drivers well and truly eclipsing the 50-80 entrants normally seen at the ’Plex. “They had to start the event earlier and time them to get through them all; 40-50 of them alone were six-banger cars,” says Flinty. 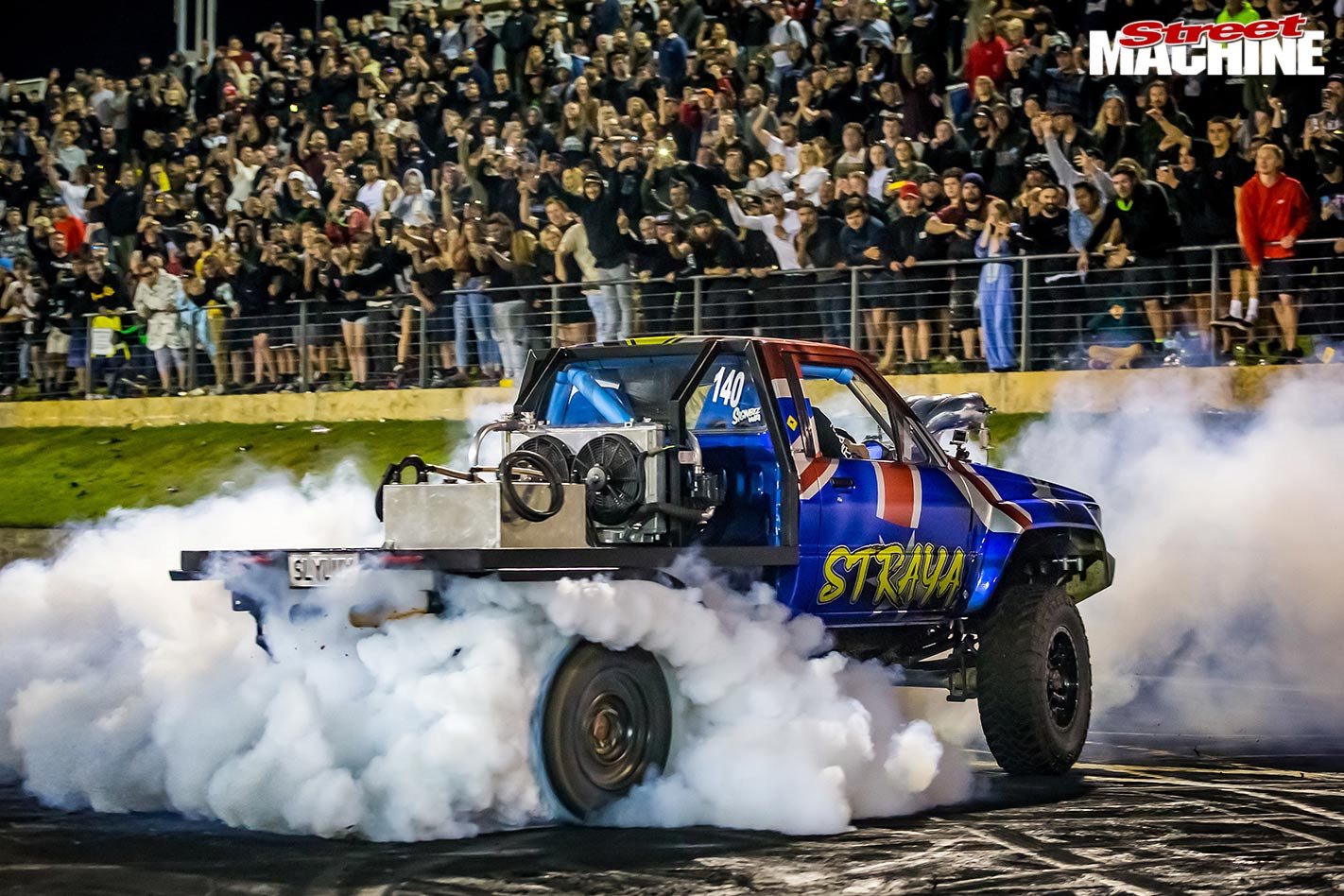 Wayne Daw took out the Pro class win in his blown SLYLUX Toyota HiLux, ahead of Flinty in his OLDHOON XC Falcon ute. “I was so stoked to get second; it was one of the best skids I’ve ever done and the crowd was just going nuts,” says Flinty. Both Wayne and Flinty scored Red CentreNATS invites along with third place Pro class podium finisher Anthony Page in PAGEY. 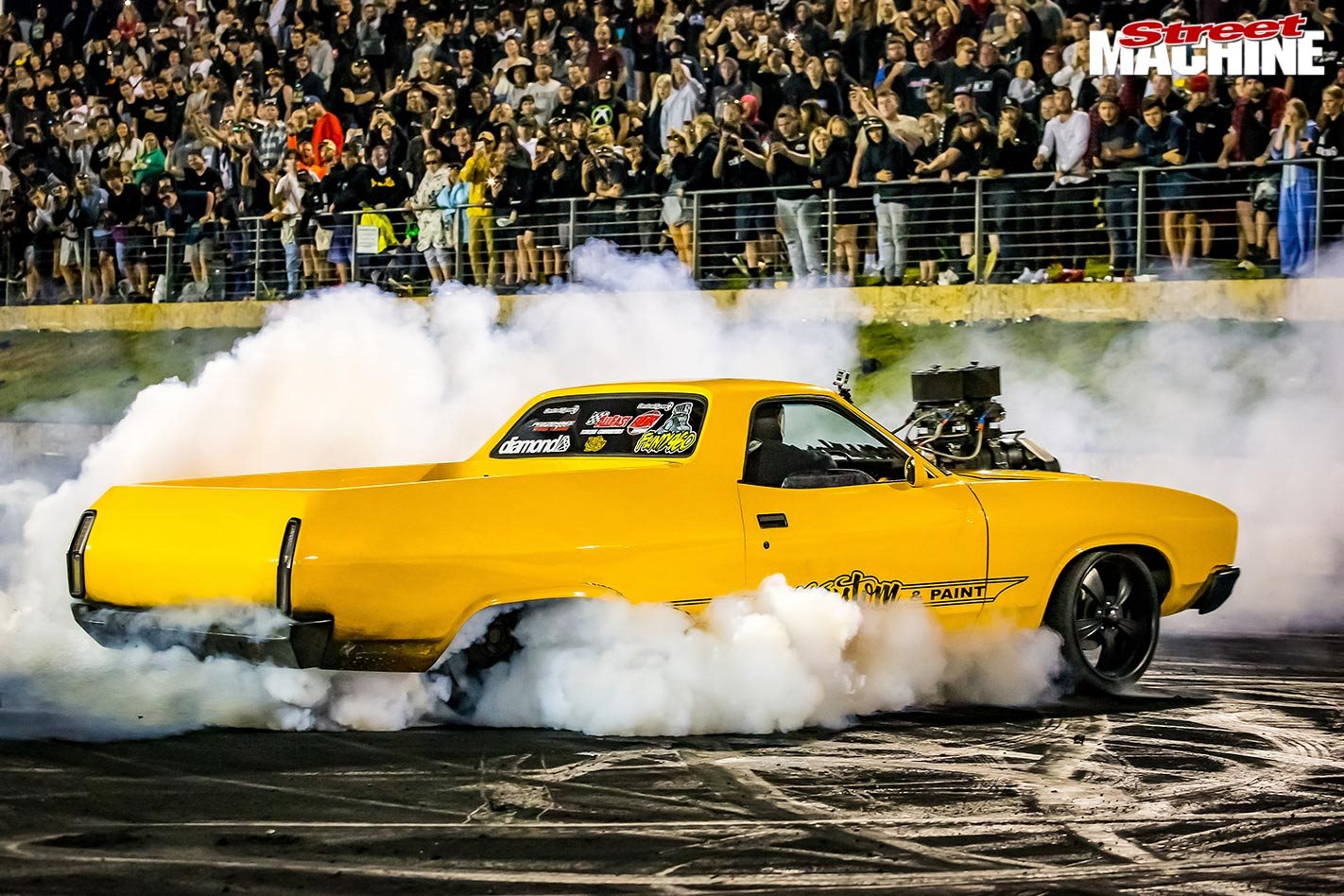 Peter Flint wasn’t just behind the camera at Burnout Boss; he took his OLDHOON XC Falcon ute to second spot in the Pro class with a ripper skid. “It was the first time the car has run since Motorvation,” he says. “I actually contemplated pulling out a few hours before the event because we couldn’t get the car to run right! But to take my brother for skid and get second spot was awesome”

Other winners included Dayne Bairstow in HAVE A GO taking out the Sportsman class, while Shannon Carson nabbed first spot in the Open class in ILLICIT.

Former Burnout Master champion Matt James also made his a long-awaited return to the pad in his UNWANTED VF Holden ute, and you'd be hard pressed to know he had taken nearly 12 months off from burnouts with the performance he put on. 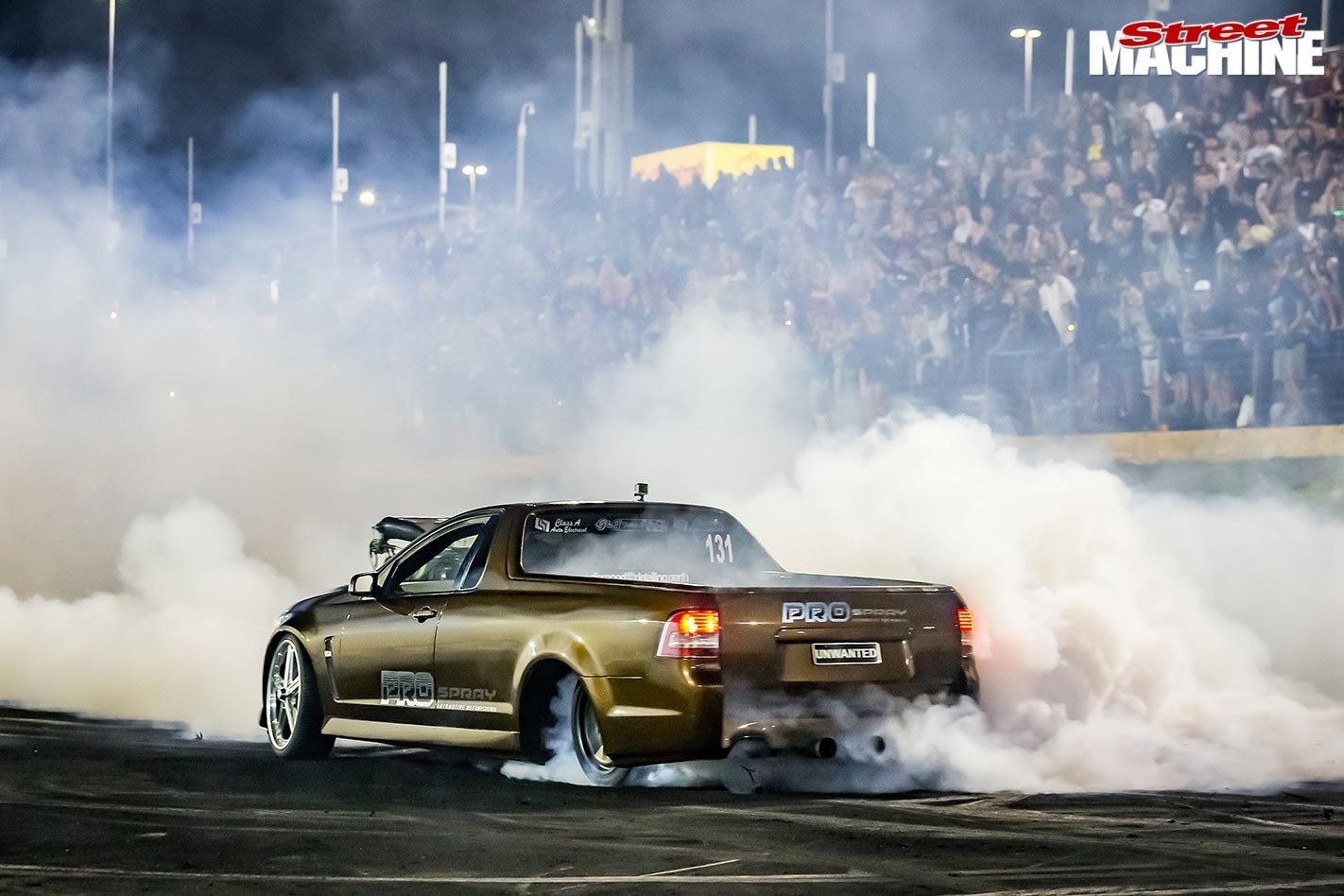 The night wasn’t without drama, with a bunch of cars suffering mishaps that hampered their chances at tyre-slaying glory. Dean Irvine’s green VK Commodore didn’t even make it onto the pad during his run before the donk went full Chernobyl; Nelg Taylor’s screaming blown Barra EA Falcon was on song until the flexplate cried “Enough!”; and Brook Gunning slammed his nitrous G6 FG heavily into the wall after carrying too much speed into the tip-in.

All in all, it was a ripper event, and Flinty hopes the trend continues for the rest of the summer. “You could barely even drive through the pits there were so many people around. The Snakepit was going off – it was just awesome,” he says.