GAZZANATS is the burnout, powerskid and track cruise fest put on by the burnout-crazy Myers clan. Gary, Deby and son Jake run the event twice a year – once in Western Australia at the Collie Motorplex, and once at Hidden Valley Raceway in the Northern Territory. It’s the perfect event for driving the wheels off your street, race or burnout car in the safe confines of a racetrack. Gazzanats hit WA last weekend for three epic days of tyre-shredding action, and people came out in droves to get amongst the action. There were heaps of big name cars getting around too, including Justen Brown’s recently revamped STRUGLIN Commodore Sportwagon which put on a smoke show just about everywhere it went. 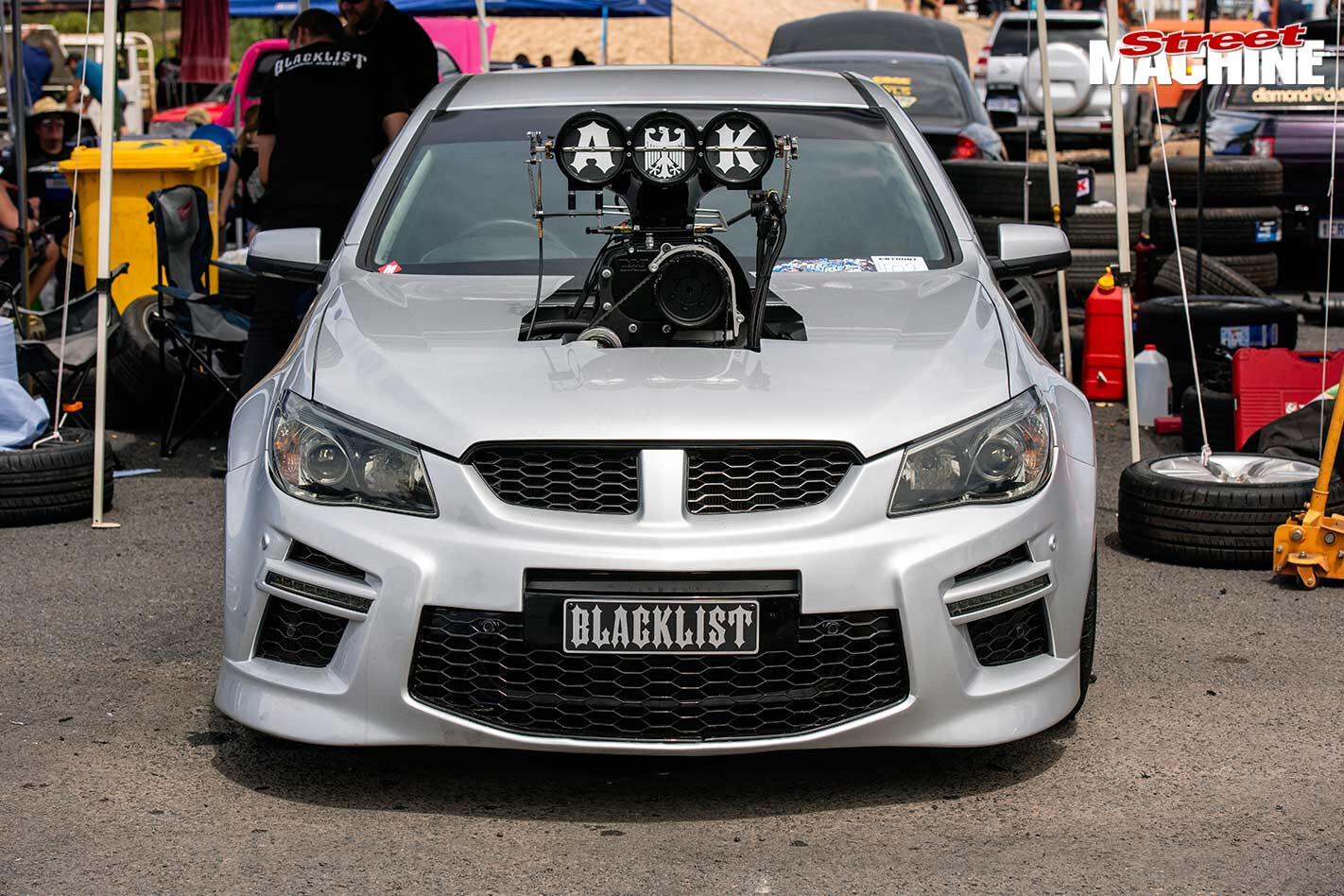 We couldn’t wait to see Alex Korber’s brand new HSV GTS mock-up burnout car, BLACKLIST, in action and it didn’t disappoint. With a 8/71 blown LS on board, it absolutely bakes the tyres on the straights and did pretty well in the burnout comp too with the exhaust spitting flames everywhere. 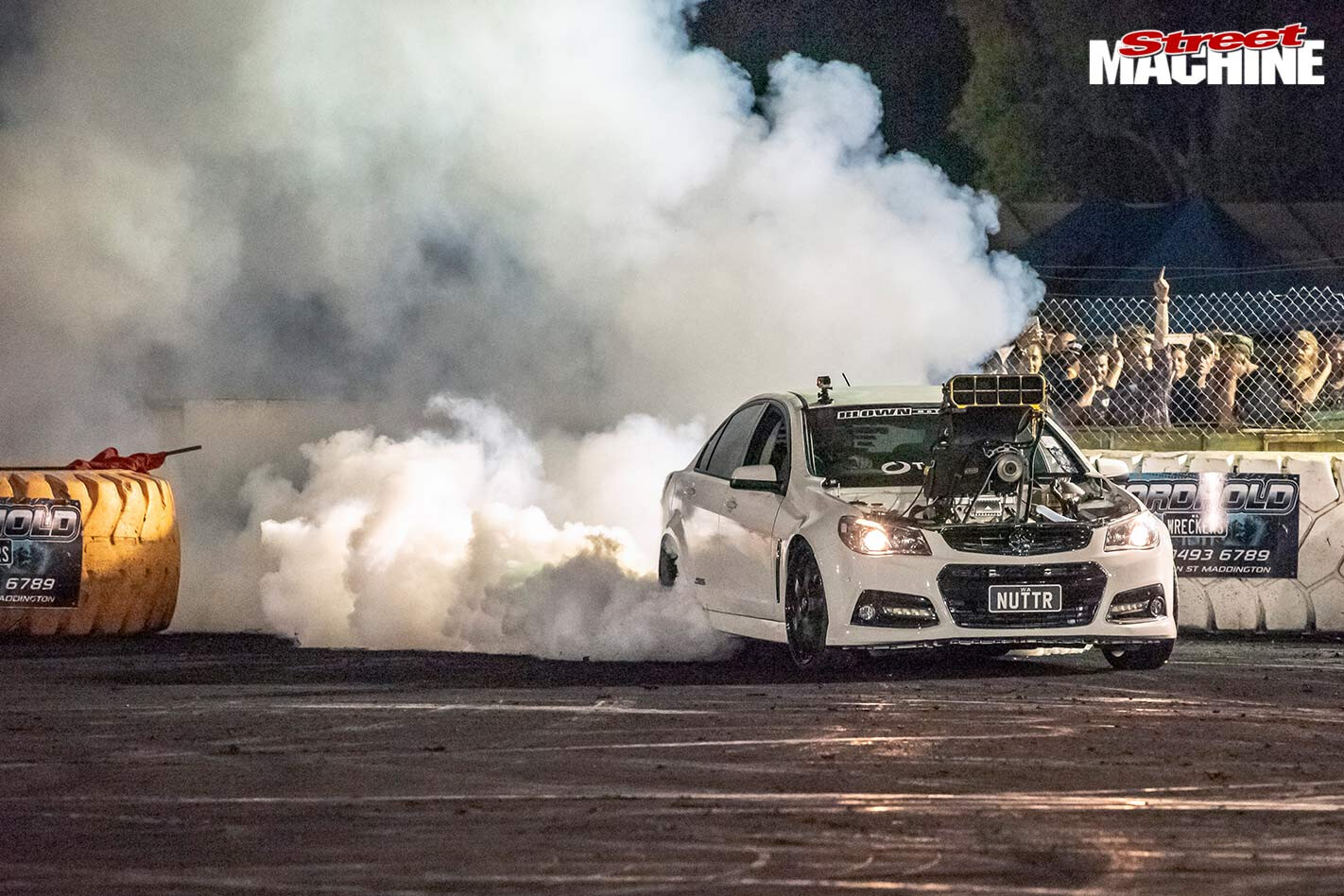 And as if Alex’s VF wasn’t tough enough, George Separovich had his insane PSI-blown VF Commodore screaming on the burnout pad – have a look at the blower setup on this thing; it’s next level! Summernats 32 Burnout Master Jake Myers also did an awesome demo skid on the racetrack in his blown Ford small-block powered Mustang, S1CKO. Jake also did a killer job on the burnout pad, driving the wheels off the Muzzy all weekend. This year the judges combined the scores from two burnouts – one on Friday and one on Saturday for the blown guys – to get a total combined score. That meant competitors had to do two faultless skids to have a chance at being on the podium. West Australian Anthony Page was the most consistent and took out the blown class in his HZ Holden ute, PAGEY. Darryl Ferguson’s SMOKN RAT came in second place, followed by third place-getter Chaise Bouchere in LMFAO.