There are fewer things we enjoy more than seeing a top-notch Street Machine feature car being driven with utter contempt. To watch Tony Macro wailing on his KILLA SLR Torana on the Motorvation burnout pad, you could be forgiven for thinking he was actively trying to hang the rods out of it.

With every stab of the throttle the blown 383ci Chev sings the song of its people, zinging effortlessly through the revs then shooting foot-long flames out the pipes on the overrun.

In well under two minutes it’s all over and the tyres are vaporised, but Tony keeps going a little while longer on the rims, just to make sure of it. After climbing out of the car to acknowledge the crowd and bask in the moment, he jumps back in and drives it triumphantly from the pad. 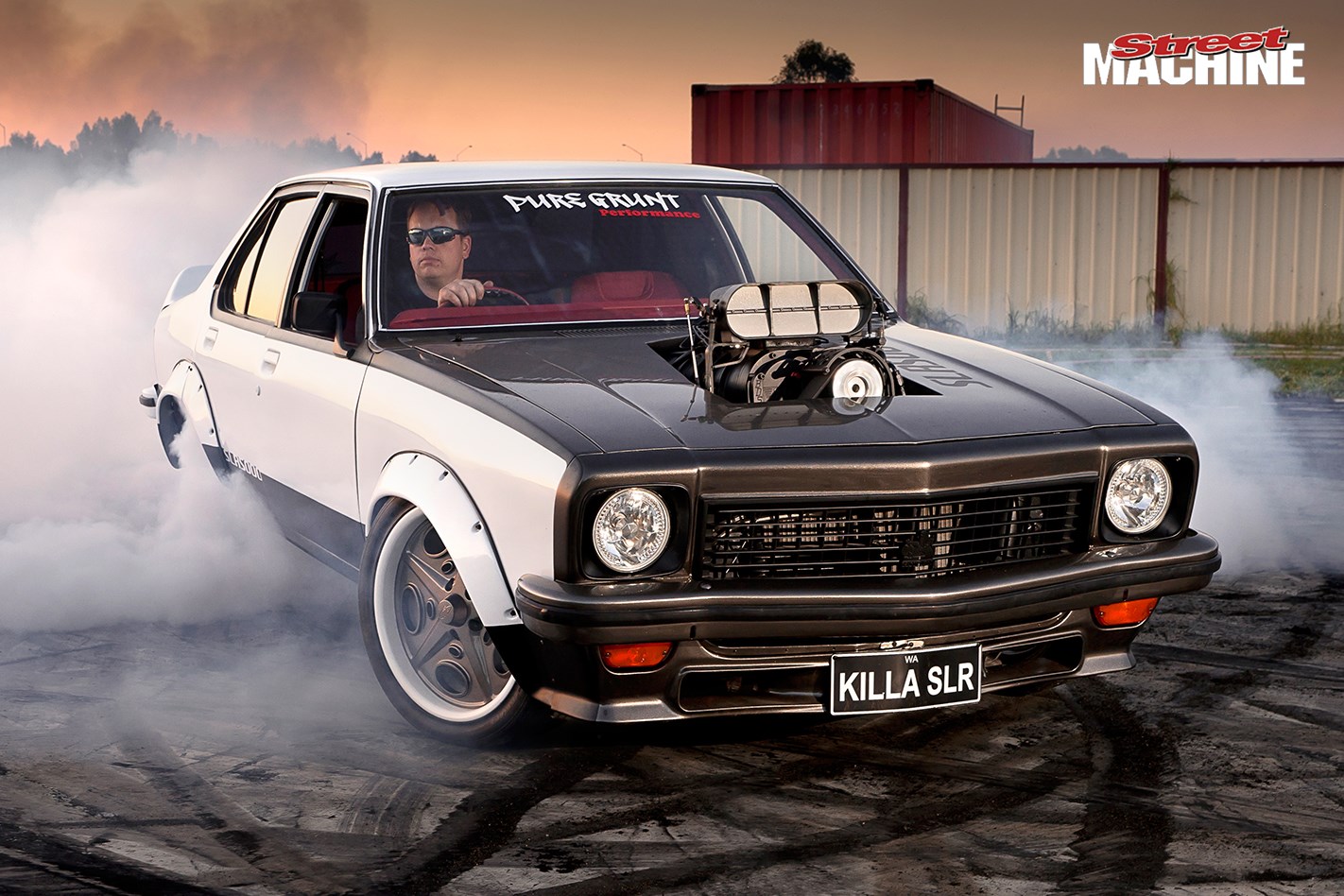 “It was the best feeling in the world; I was so happy!” he said. “We’ve worked really hard to iron out some bugs with the car, and for it run like it did and drive off the pad afterwards was awesome. I honestly wouldn’t have cared if I came last.”

The car is a modern reimagination of one of the most instantly recognisable Aussie muscle cars of all time. It’s an SLR 5000 on steroids, with more aggressive blackout treatment, contemporary SLR 5000 decals, and colour coded Intro Holbrook wheels which, while large in diameter, are certainly period inspired. 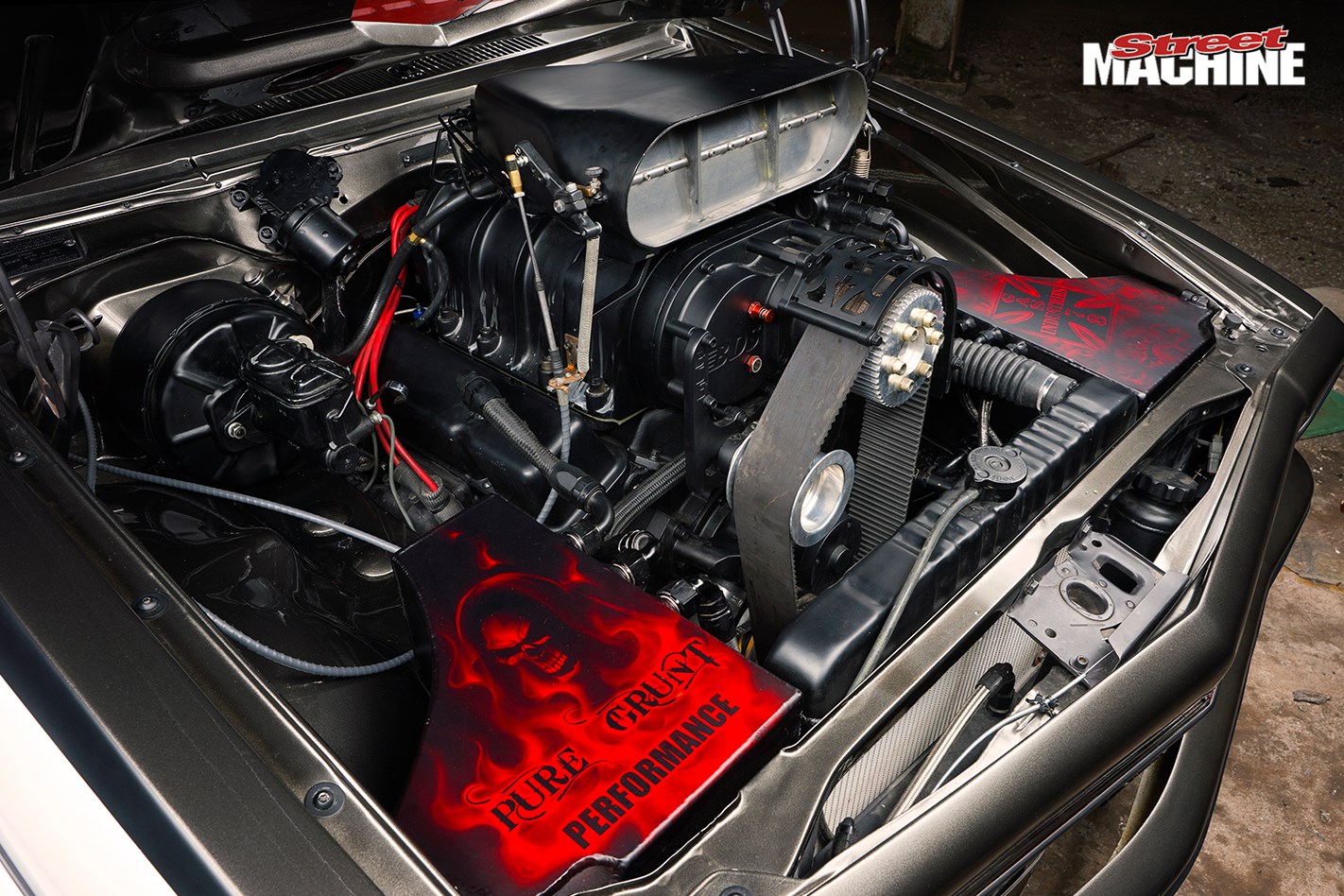 The Dart-blocked 383ci small block runs a Scat crack and rods with Probe forged slugs, a custom roller camshaft and AFR heads, topped with a blower and Enderle hat. It feeds 800-odd horsepower rearwards through a Turbo 350 transmission and 35-spline nine-inch diff.

Stepping inside, the cabin is beautifully adorned with contrasting red leather. The dash is a custom-built unit, wrapped in vinyl and stuffed full of AutoMetre instruments. VE SS seats, custom door cards, a Billet Specialties twirler and B&M shifter all contribute to making the Torana’s interior a great place to hang out. Not bad for a skid car. 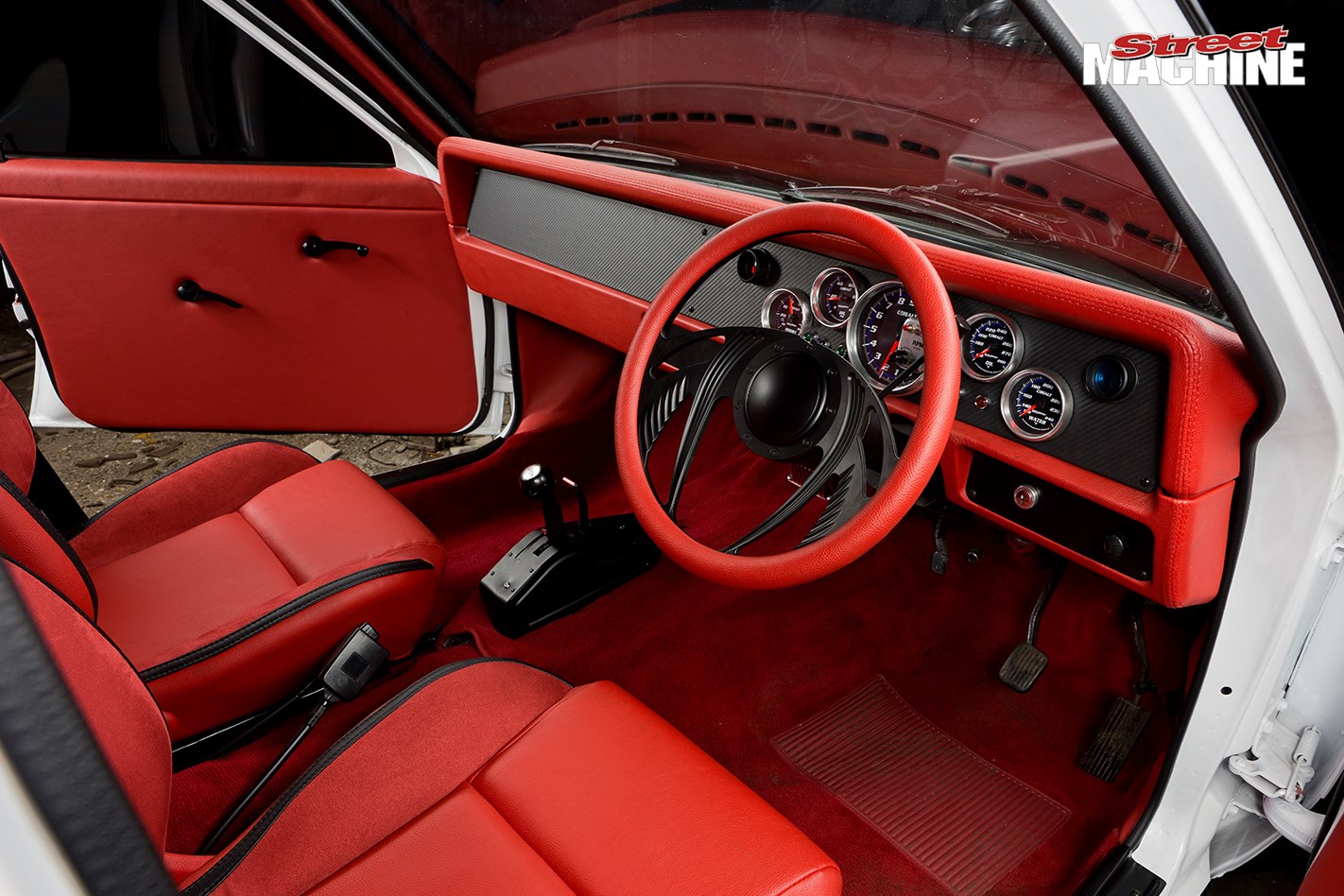 After struggling to keep gearboxes up to the Torana, Tony took time away from competing to focus on making sure it would run like clockwork when it next hit the pad. Chris Michel from Pure Grunt Performance spun the spanners, and conveniently had access to a private pad for a spot of testing in the off-season.

“Chris was the driving force behind getting the car sorted. I couldn’t have done it without him,” said Tony. “I just didn’t want to take it out again without knowing it was reliable, so it was great to have it perform so well at Motorvation. I’ll have it back out again for Gazzanats in March.” 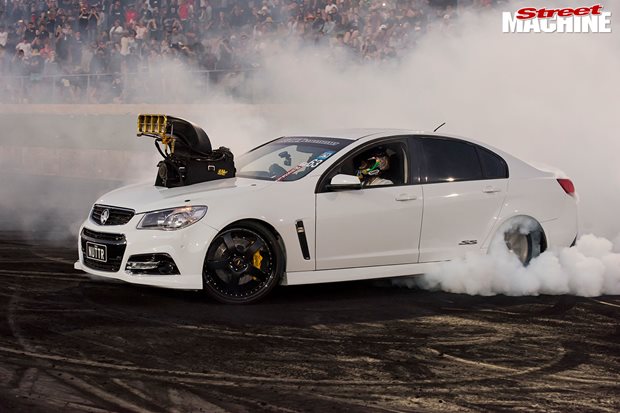