WHEN it comes to the tip-in portion of a burnout, Andrew Lynch (LYNCHY) does not muck around. The guy is as committed as they come, delivering seriously high-speed pad entries with the kind of car control that blows your mind. Sometimes you wonder if he is genuinely out of control, with nothing but luck keeping him from ploughing into a wall, or a true driving deity.

At Ultimate Burnout Challenge (UBC) last weekend Lynchy was typically ballsy, delivering three absolutely insane burnouts in his LS-powered Toyota Corolla. Like many competitors, Lynchy had a few dramas dealing with the weird camber of the Winton Raceway burnout pad and overcooked his tip-in more than once, spinning across the track and onto the gravel exit road during his second qualifier. In the final he managed to do the exact same thing again! 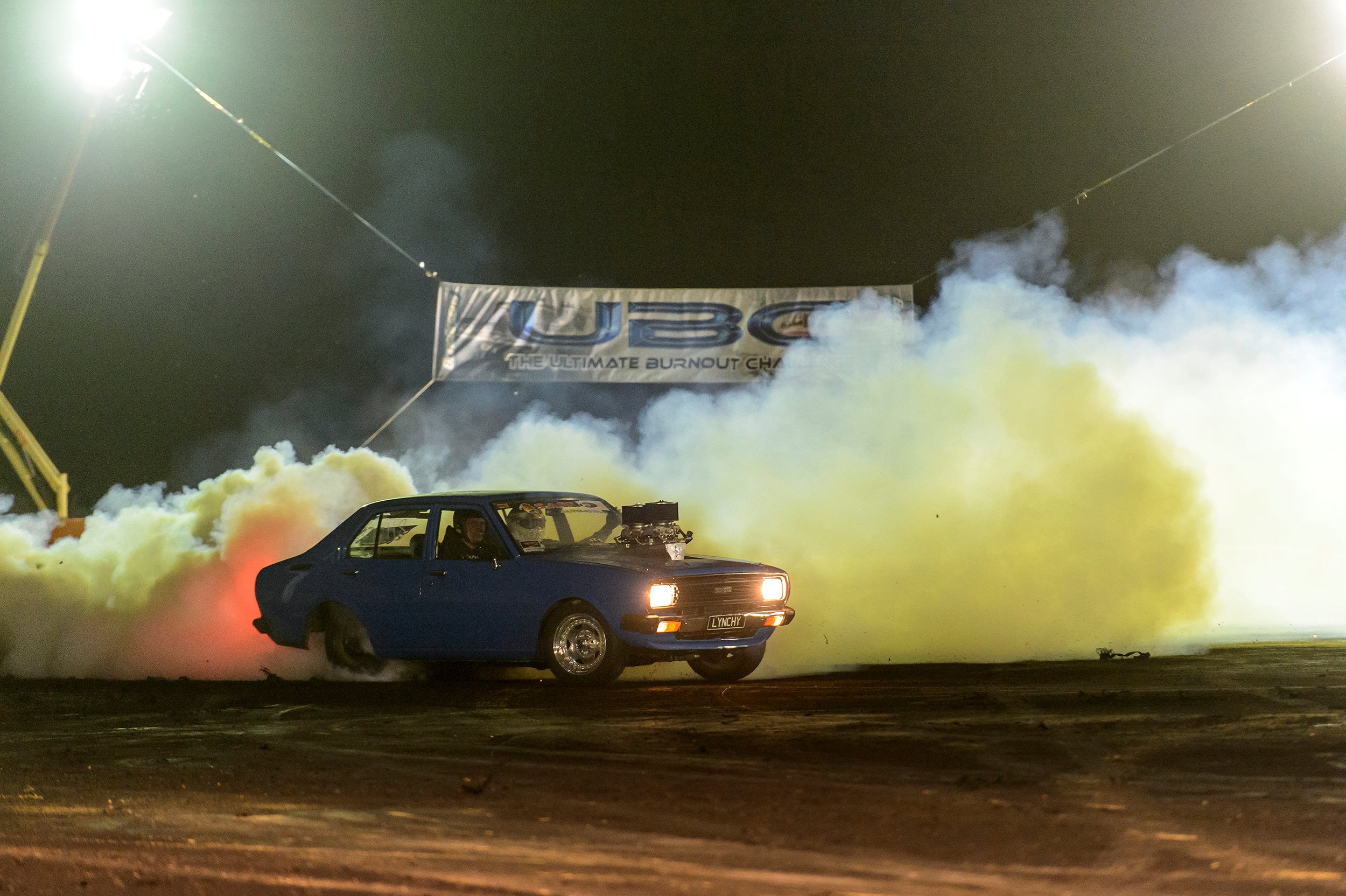 Never mind, Lynchy simply reversed back to the startline and began his skid again. This time he nailed the tip-in, kept all four wheels on the track and used every inch of the pad, even doing a couple of loops up the entrance road.

Despite starting his finals skid with a dive into the gravel, Lynchy still managed to take home third place in the aspirated class at UBC. That should tell you just how good his second attempt was; watch the video to see for yourself.