BURNOUT fires are a fact of life these days as competitors push harder and harder to be number one, but when the driver is a paraplegic and can’t get out of the vehicle quickly that just amps things up to a whole new level.

Right from the get go it all started badly for Rod Watson in the HTFU ute when a miscommunication between track officials meant that he started while people were still on the track, and the PSI blown ute was pushing just as much smoke pouring out the front as there was out the back. 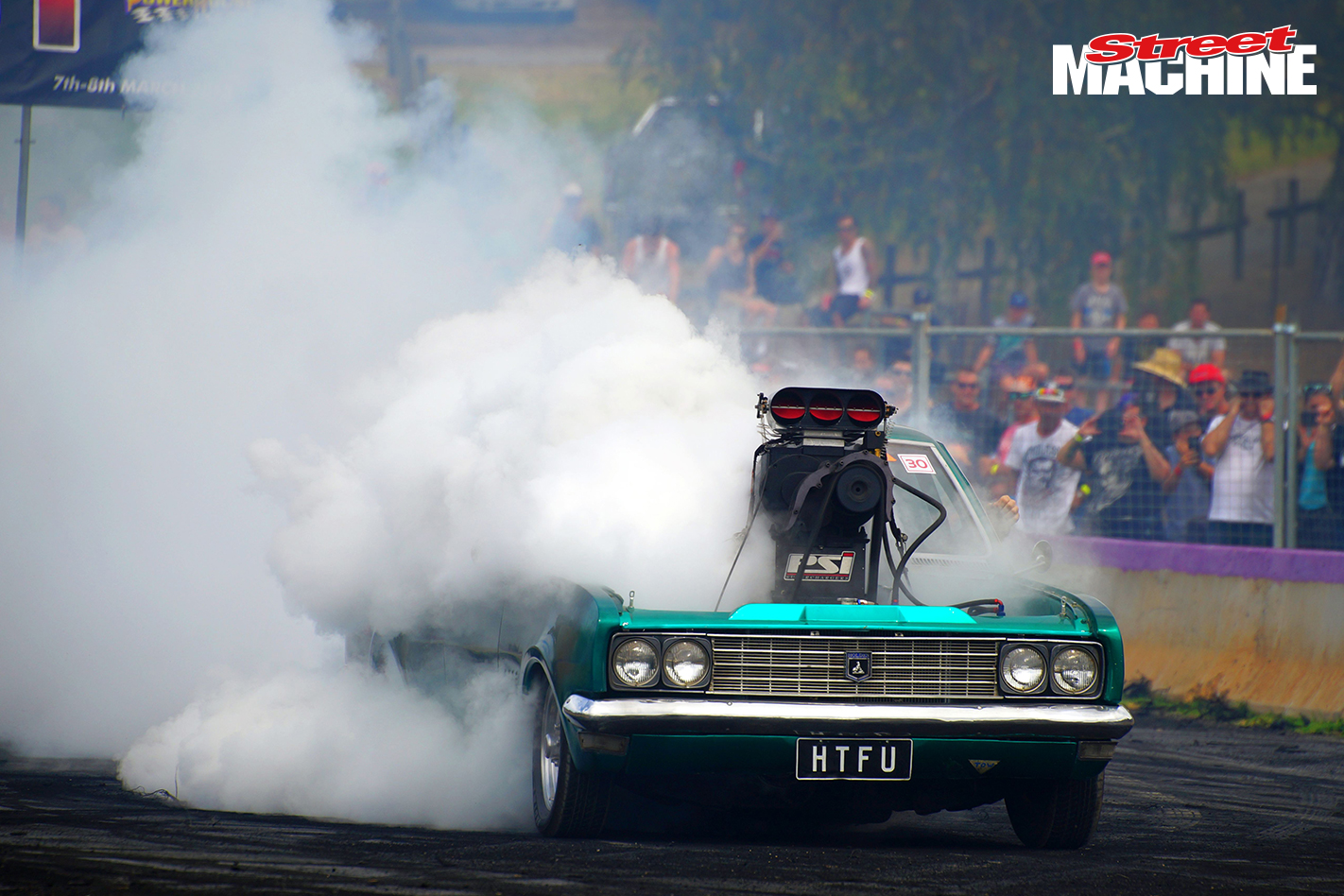 “It pushed the seal out of the front of the Powerglide and it was hemorrhaging fluid,” Rod says. Once that transmission fluid hit flash point, the whole lot went up in flames.

“It was starting to get a bit warm so I got the harness undone as quickly as possible and my mate was ready with the chair as well,” Rod says. “The fireys were right on to it though, they’re awesome. I would have lost the car if it had been done on the street.”

The HT ute is powered by a 540ci big block Chev with a PSI screw blower mounted up high above an intercooler with methanol injection feeding the beast. Rod’s owned the ute for ten years and he’s been in the chair for eight years after a big accident on his dirt bike.

“I do all the work myself,” he says. “I’ve got a hoist in the shed so I can work on it, and if there’s something I need a lift with, well I just make sure the beer fridge is full before I call my mates. I had a bit of help from Powerhouse Engines with tuning and setting up the fuel system and now I’ve finally got that right, the auto does this. But hopefully it’s just the seal and we can get it sorted before UBC next weekend. It’s good to get out there and have some fun.”