IT’S hard to say which one’s crazier, Mick Brasher or his ULEGAL Corolla. The cult hero from Taree, NSW, and his blown, injected KE20 gained instant fame five years ago when a wild backyard burnout party went viral. That little shindig has since grown into the legitimate Brashernats events, and along the way Mick and the car also skidded to a Burnout Masters victory. 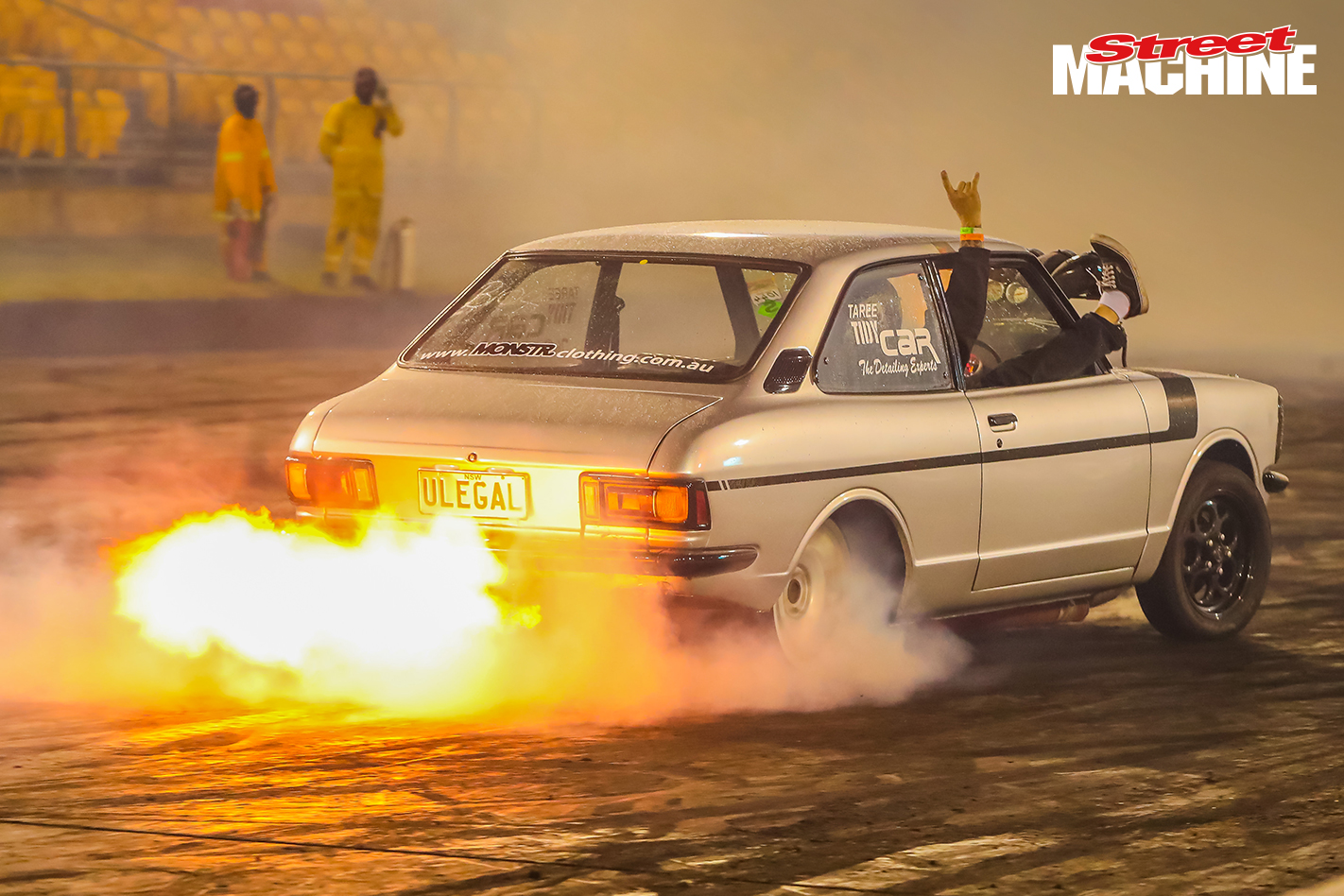 The chameleon two-door Corolla seems to change looks with the seasons, which is a reflection of Mick’s hyperactive persona and his natural flair for showmanship. “I’m more of a show-off,” counters Mick. “I’ve gotta keep the car fresh, gotta keep people talking about what’s next.” Mechanically wise, it’s currently rocking a blown and injected 377ci small-block Chev powerplant making around 600rwhp. “It just goes to show that you don’t need crazy horsepower to win burnout comps,” reckons Mick. 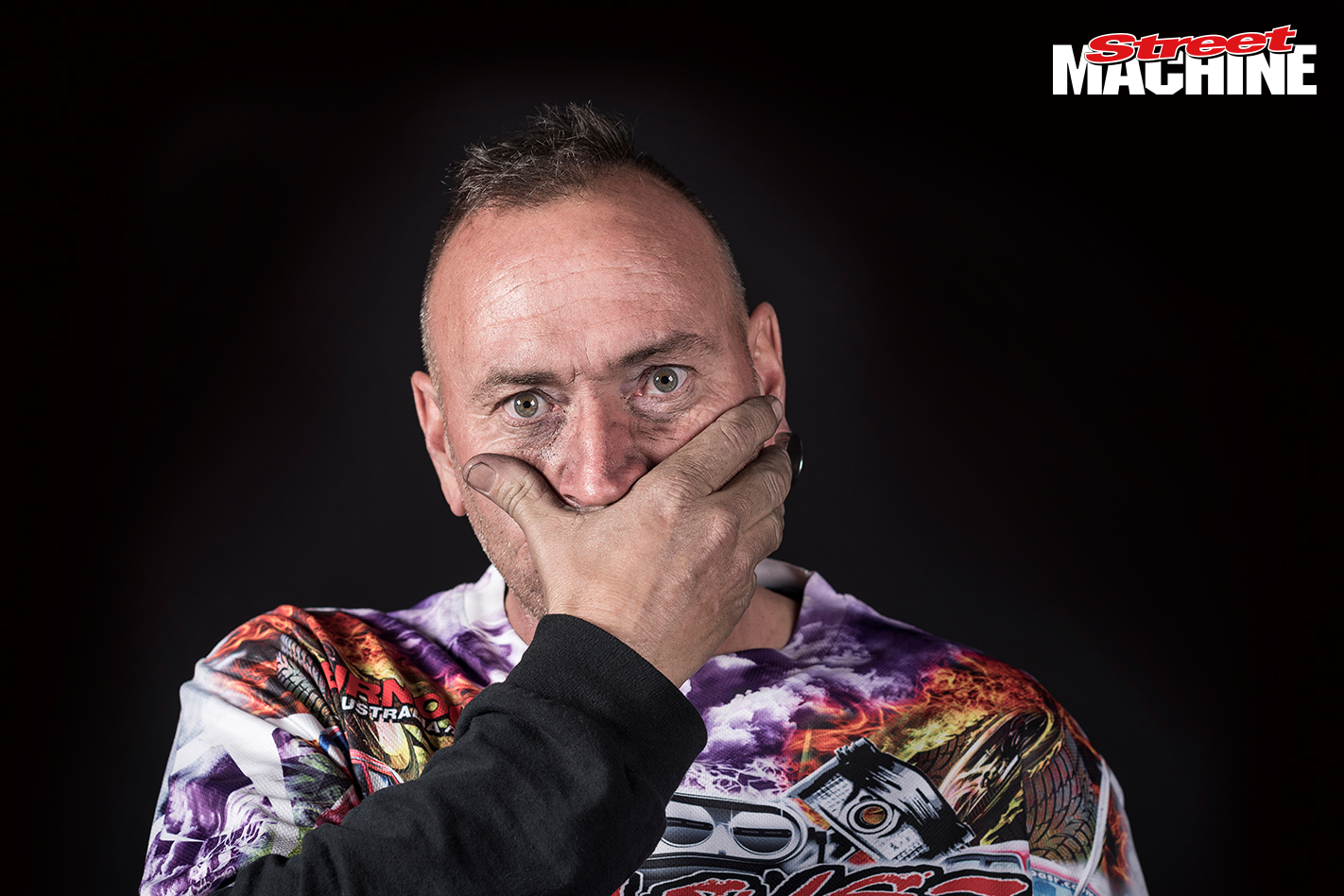 As far as what’s next for burnouts as a semi-professional sport, Mick’s got no idea where it’s headed. “It’s f**kin’ off its head at the moment,” he says. “Back in the day, it was only 10 blokes that were blown and injected, but first-year apprentices seem to have the gear these days, and they just keep comin’. I don’t know where the sport’s going. I’ve thought myself: ‘Do I be the game-changer and go V8 diesel?’” If anyone’s mad enough…

We caught up with Mick at Oz Nats Sydney last weekend where the ULEGAL Corolla was blazing up the track and burnout pad. Mick was on point in the Pro Class burnouts, powering into the pad with a crazy high-speed tip in and keeping the crowd on their feet with some impressive wheel work, using up the outer extremities of the track. Mick was rewarded with first place and $3000 in prize money!