Burnout Master Brett Battersby does it again, this time with with the much-reviled Niki!

STANDING out from the crowd on the burnout scene is no easy thing, but Brett Battersby seems to have found the knack.

Brett debuted his crazy blown big block-powered Toyota Hilux BLWNLUX at the Kandos Street Machine and Hot Rod show in 2013. He went on to nail the Burnout Masters crown at Street Machine Summernats in 2015 and second place in 2016. 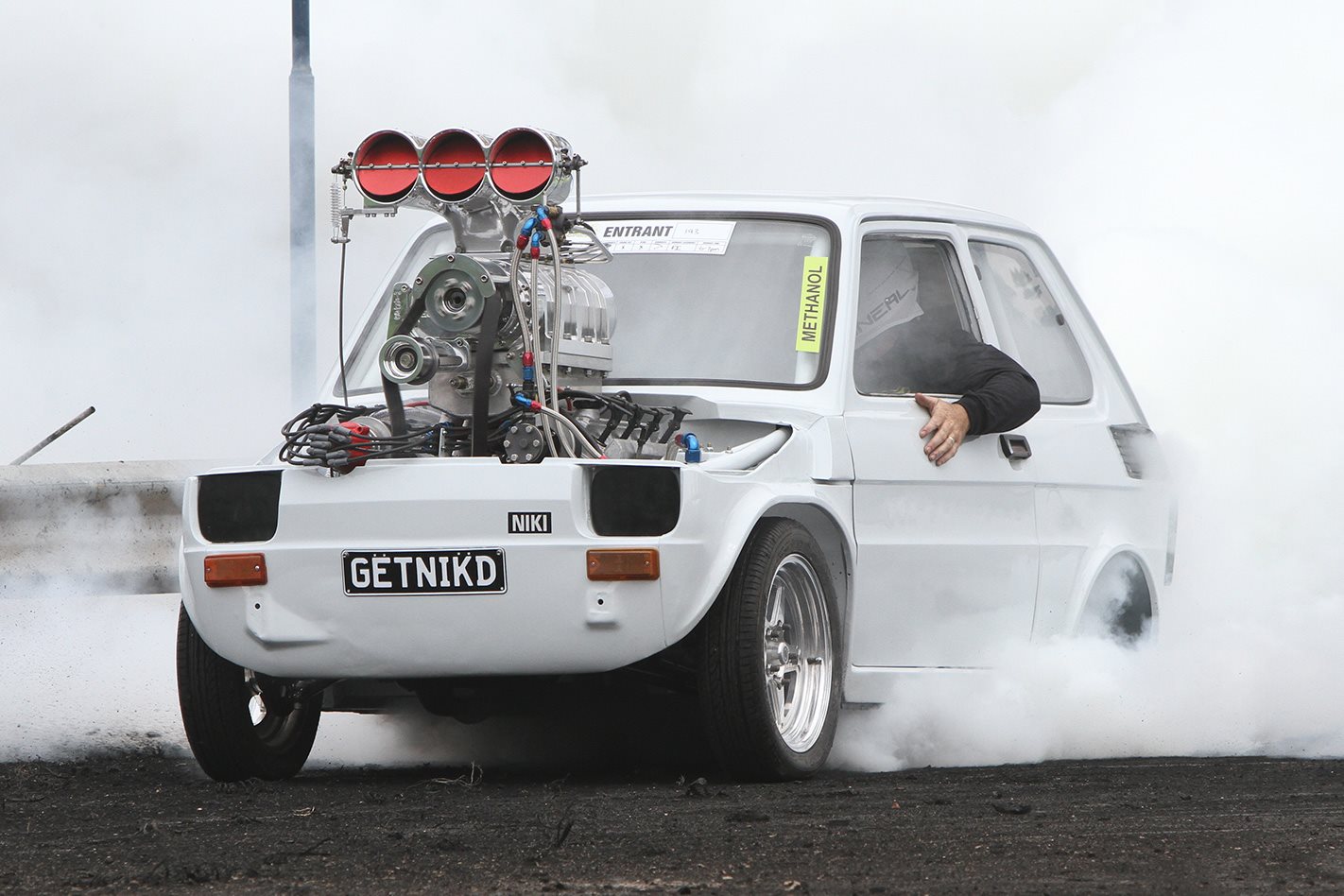 Five years later, Brett has done it again with a new build. After finding success with the big, high-riding Hilux, his new ride is pretty much the total opposite - based on a tiny FSM Niki.

Brett's version is much improved, powered by a blown Toyota 1UZ-FE V8. The detail inside and out is to the same high standard as BLWNLUX. 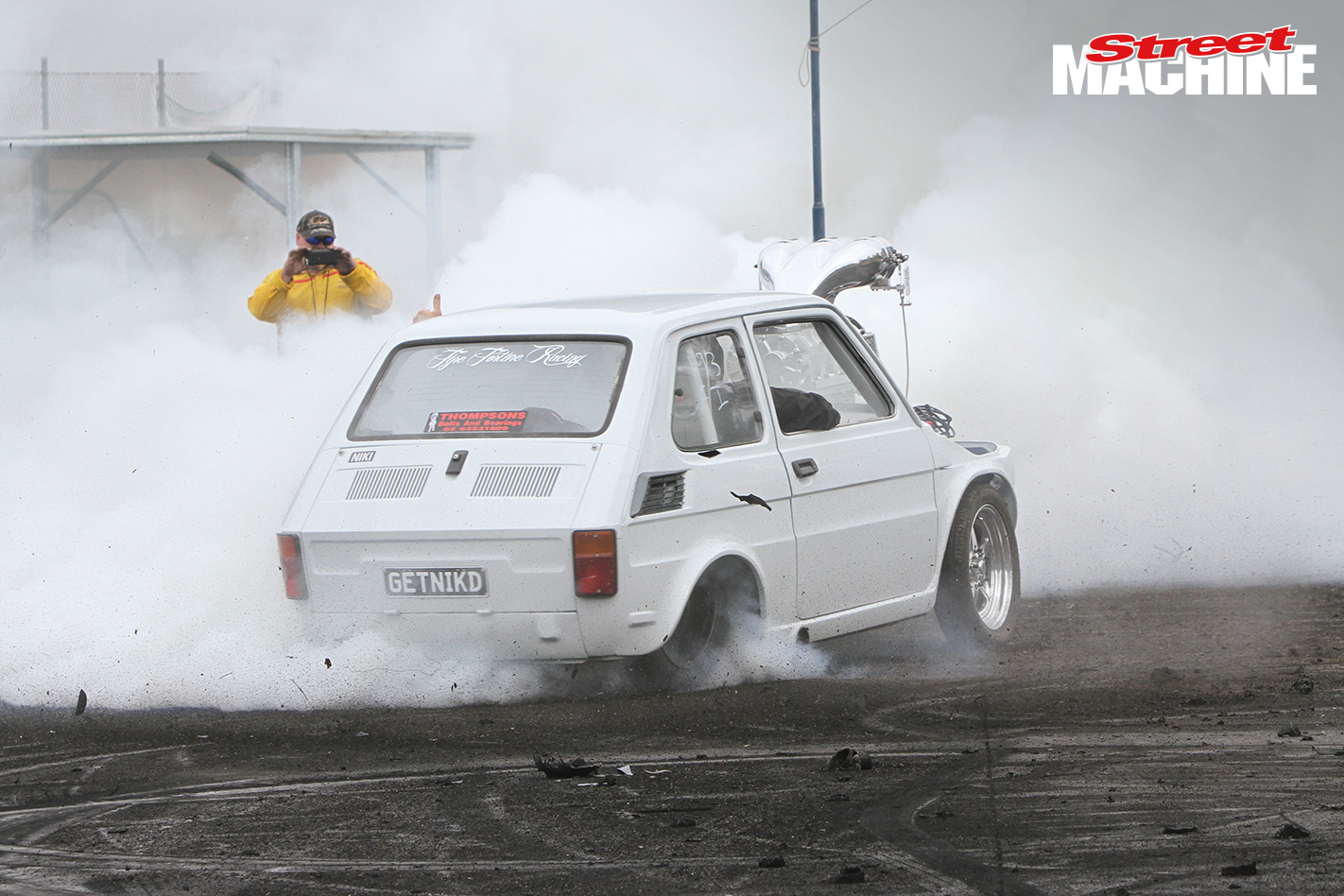 But the cool-as-hell Niki he debuted at Kandos actually belongs to his young bloke, Brent, who wasn’t able to steer on account of a dislocated shoulder. Last year, son Brent debuted his ratty-but-awesome Mazda 1000 ute.

The pair put the insane-looking creation together in just two-and-half-months, starting with a bare shell and glass. They fabricated just about everything else, from the chassis to the custom-machined billet steering setup.

It’s powered by a bone-stock Toyota/Lexus 1UZ-FE four-litre V8, with the 8/71 and hat from BLWNLUX slammed on top. “I couldn’t tell you how much power it makes – probably 400-500hp – but it was running like a dog at Kandos,” said Brett. 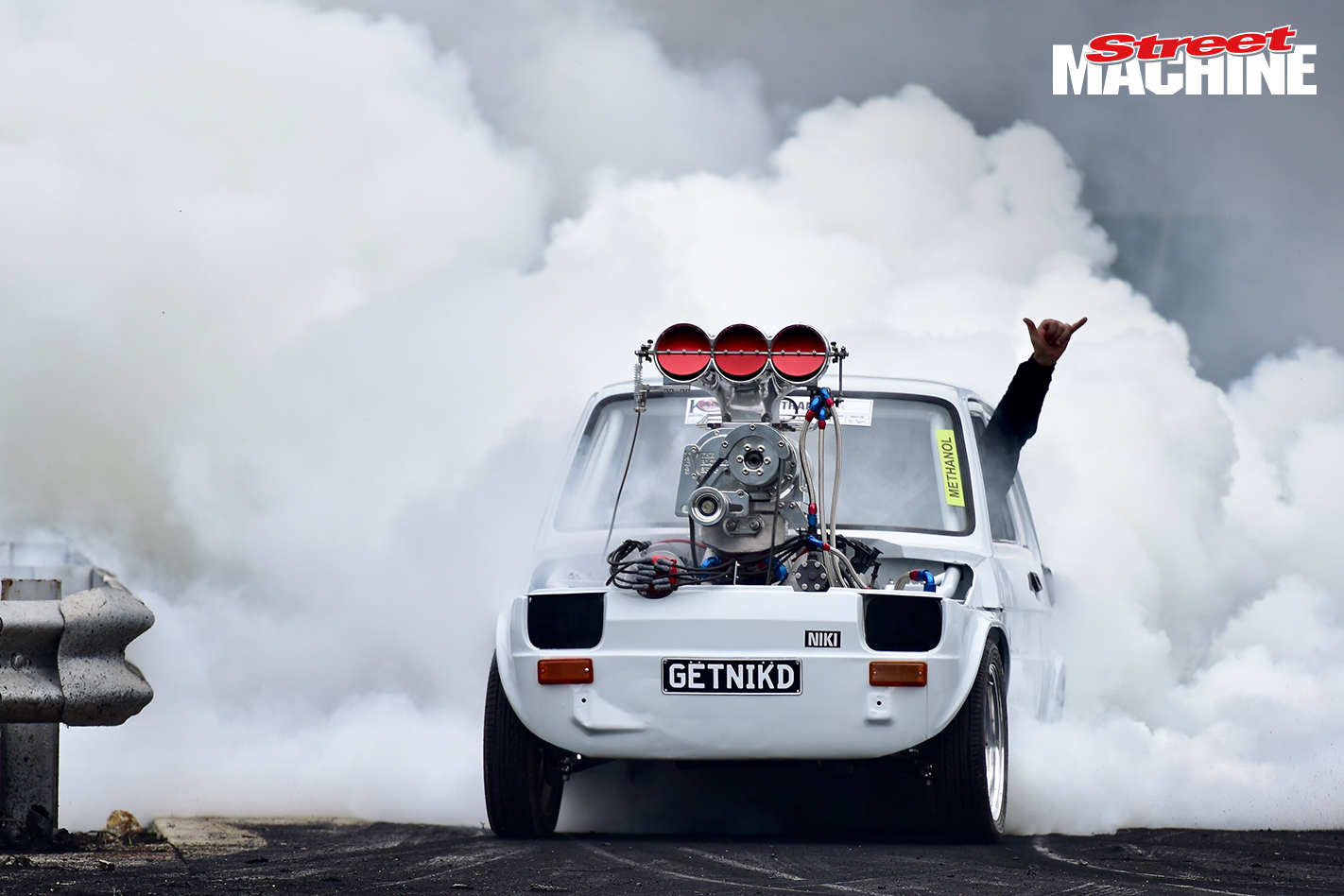 “We just put the hat off the truck straight on without changing anything and it was getting buried in fuel and we ended up rodding it – we just ran out of time to get it right. That setup will go back on BLWNLUX and we’ll put an 8/71 back on the Niki, but with a smaller hat.”

All the factory electronics are dispensed with, and the ignition system is now managed by a custom machined dizzy and MSD box. “Matty Power and I came up with the idea of running the Lexus 1UZ purely because it’s different, but I think it’ll be nice and reliable once the tune’s right,” said Brett. “We’ve picked up another engine for $500 and hope to have it at Bathurst Autofest!”​ 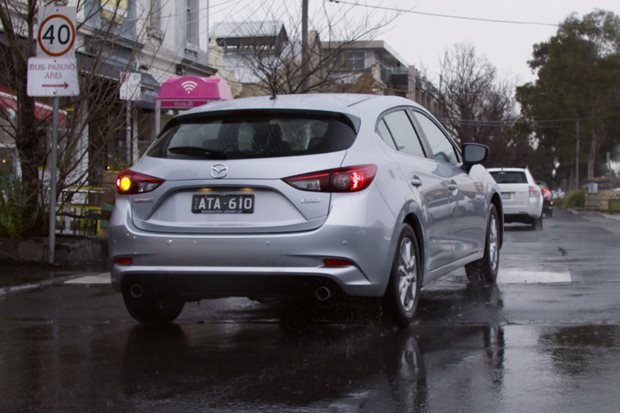