SYDNEY Dragway has been a happy hunting ground for Street Machine columnist Victor Bray and his son Ben of late. At the Santo’s Summer Thunder meeting in January, the Brays went all the way to meet each other in the final, with Ben taking the win with a 5.83@247mph. 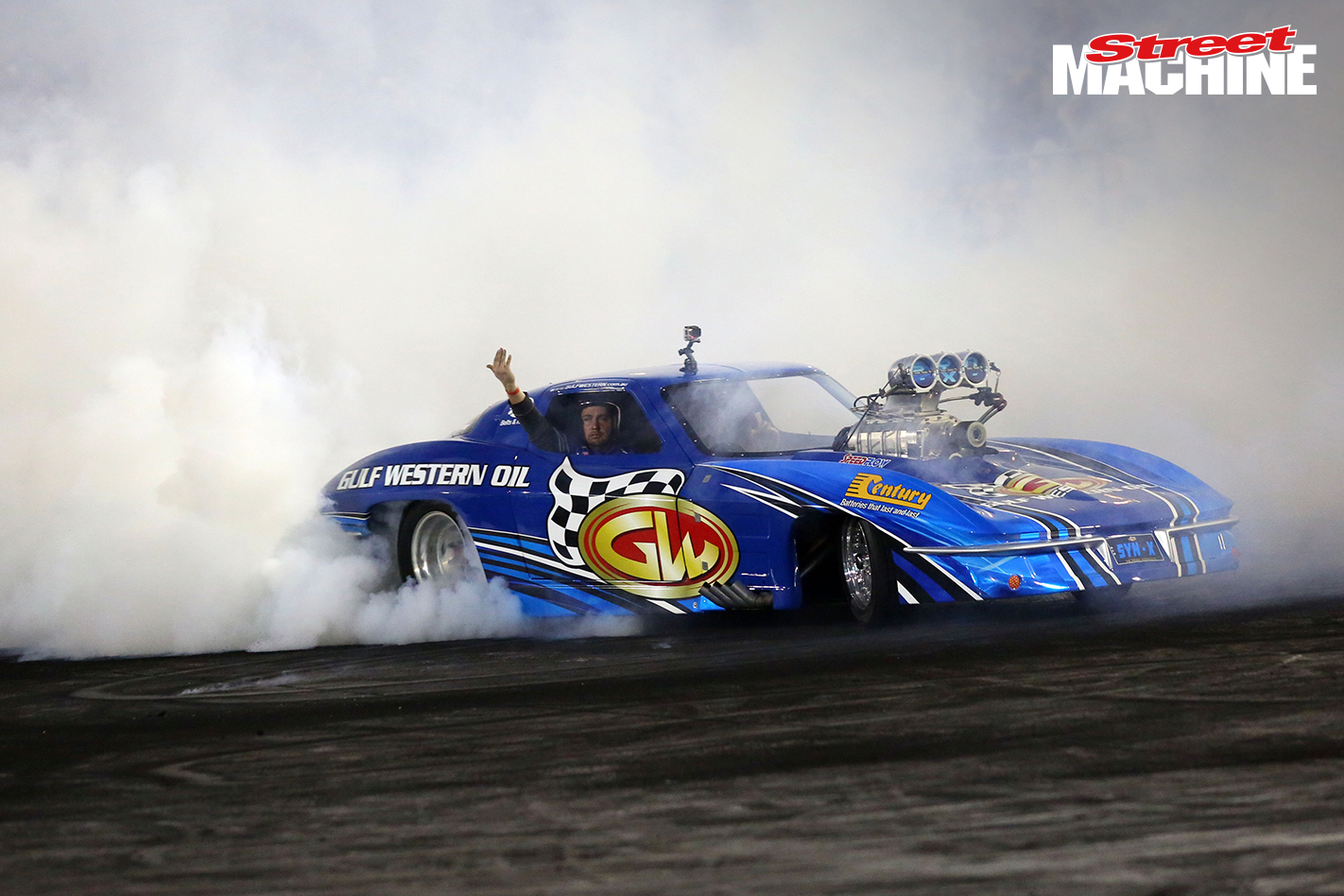 They were back in Sydney over the weekend for the Gulf Western Oil Nitro Thunder meeting and while neither was victorious, they both made it to the pointy end of the meeting. Victor went all the way to the final in Pro Slammer against event-winner Gary Phillips and also set a new PB earlier in the meeting to the tune of 5.86@248mph. 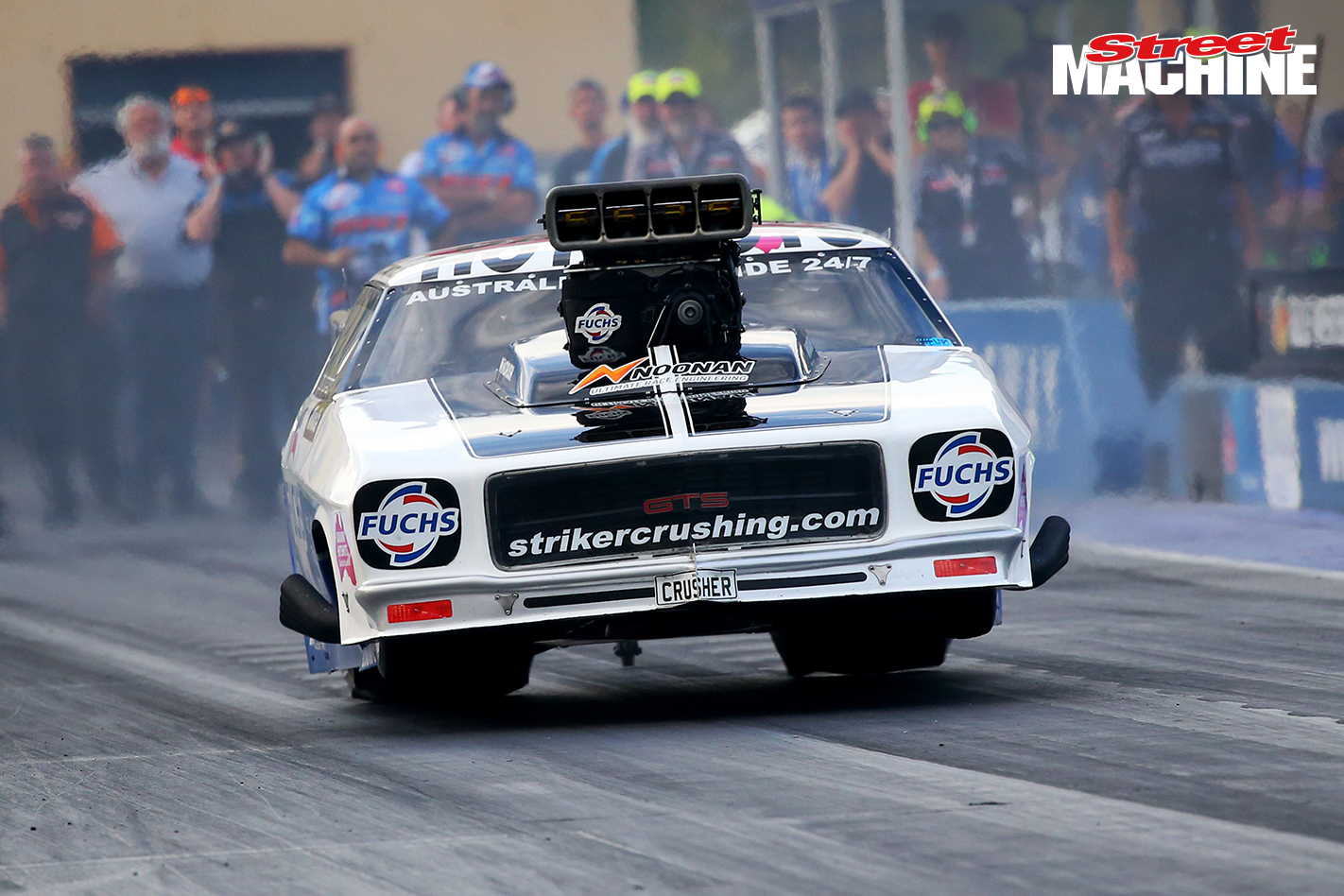 Ben faced John Zappia for their final race of the meeting, with Ben scoring a holeshot to take victory with a 5.700 against Zap’s 5.658. In the process, the pair ran the fastest-ever side-by-side pass for the Pro Slammers, while earlier in the meeting, Zappia reset his own IRHA Pro Slammer record yet again. 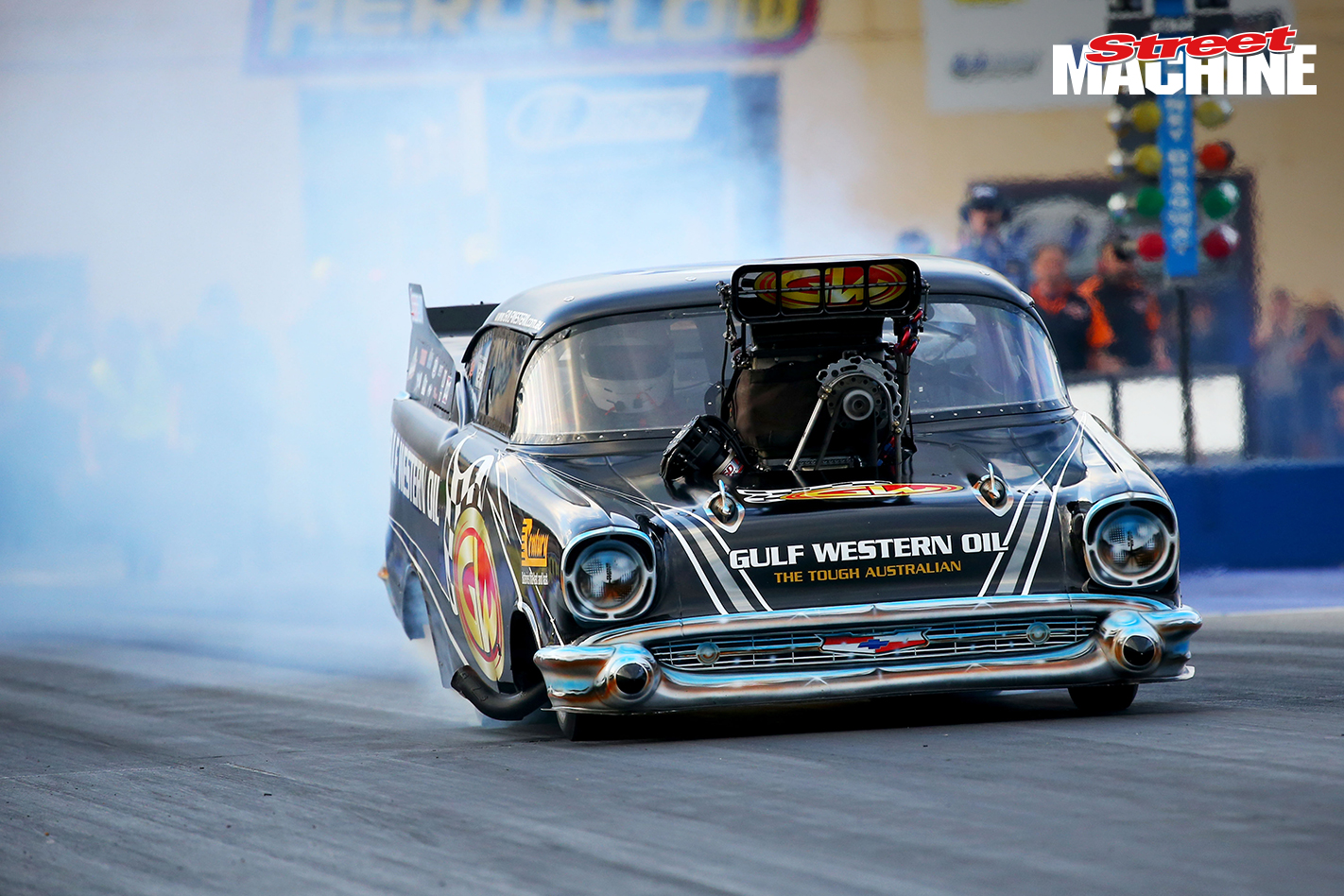 Victor Bray is of course, well-known for his love of burnouts and both he and Ben put on a show for the appreciative Sydney crowd.