BURNOUT fires. They’re both amazing and terrifying at the same time, but this huge fire from Tony De Oliveira’s YLDTOY at Brashernats in Darwin easily falls into the terrifying category.

Everything started out pretty normal, with the blown big-block-powered Corolla frying the tyres in its usual spectacular fashion, but at almost two minutes into the smoke show something went very wrong and the whole car was engulfed in an enormous fireball.

“My first thought was: ‘Holy shit, don’t get out of the car!’” Tony says. “But my mate Rodney had already opened the door and fire came inside.” With the fire inside the cabin, Tony and Rodney had no choice but to bail out the driver’s side through a pool of burnout trans fluid. Thankfully the fire crew was quickly on the scene.

Tony escaped without harm, except for a ruined pair of joggers, while Rodney scored first-degree burns to his leg and arm and should make a full and speedy recovery. As for the car, “I haven’t had a good look yet,” Tony says. “It went on the tilt tray and then straight on the transporter, but I think the front seal has blown in the brand-new trans.

“This is actually my drag car; I’ve got three Corollas like this, and we’re getting it ready for ANDRA tech, so it’s got a good auto from the States. We’ll get it back this week, and if the damage isn’t too bad I’ll fix it and we’ll take it drifting at Eastern Creek next week,” he laughs. “There’s a bit of damage to the interior, especially on the passenger side, and the paint too, but the guys at Merv Newby Smash Repairs will sort the paint out for me.”

Tony is no stranger to burnout fires; he’s had a few over his extensive career, but none as major as this. “Normally I do my burnouts with the windows up because my car is really well sealed and we don’t get any smoke inside. We didn’t bother on this one because it was just supposed to be a muck-around,” he says.

“If you have a fire I reckon keep the doors shut and windows up; the fire isn’t going to go through steel quickly. Let the fireys put it out first.”

Naturally Tony’s fire has re-ignited the debate on fire suits for burnout cars. What do you guys say? Should burnout drivers and passengers be forced to wear fire protection? Or should it be up to the individuals? 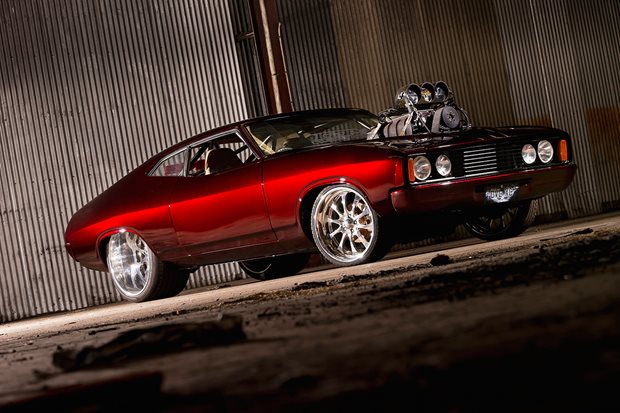 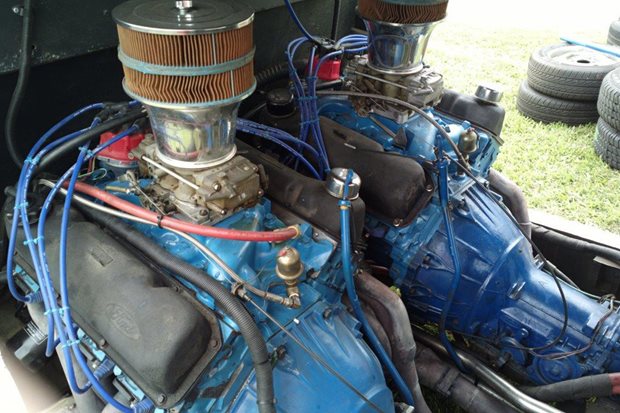 IS THIS THE WORLD’S CRAZIEST BURNOUT VAN?

Aussies are awesome at putting V8s in cars that never came with big bent eights, and that begs the question. If one V8 is good, are two better? 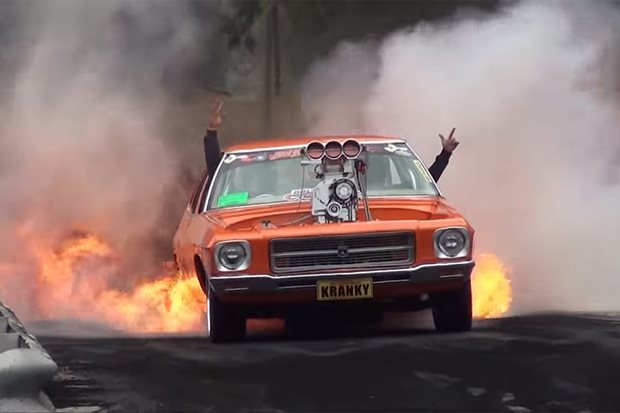