OKAY, it’s not the real Mater, from the Disney movie Cars, but Mark Gibbins’s 1950 International tow truck does a pretty good impression – and a decent burnout too.

Mark built the car a couple of years ago after finding the cab on a six-wheeler chassis at the Recliffe swap meet. The initial plan was to just put it together as a bit of a rat rod, but when people started telling him it looked like Mater from Cars, he decided to go all the way.

Under the International truck cab and front panels there’s a Holden one-tonner chassis, converted back to four wheels, with a 5.7-litre LS1 engine. Mark also uses a small shot of nitrous to give it a bit more grunt. An old-fashioned tow truck A-bar, lopsided grin and cartoon eyes completes the look. “It’s very popular with the kids,” Mark says.

It’s popular with plenty of adults, too, because the old truck puts on a pretty spectacular smoke show. Watch it in action at Sydney Dragway during the recent Brashernats event. How long until someone builds the hot rod version of Mater from Cars 2,we wonder? 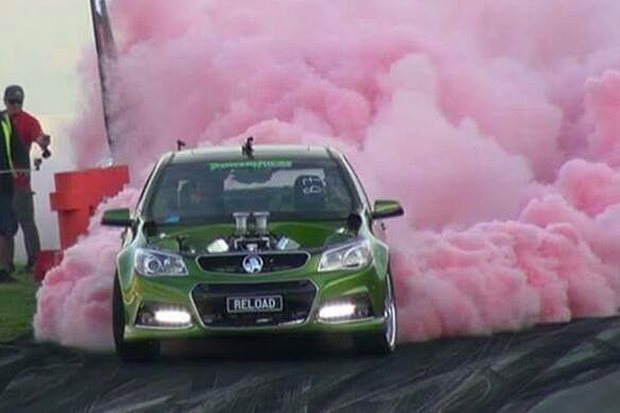 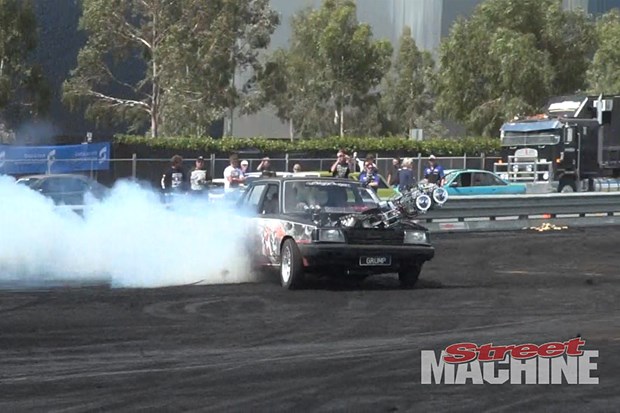 We’ve seen all kinds of automotive mayhem over the years, but we’ve never seen a supercharger blown off a burnout engine! 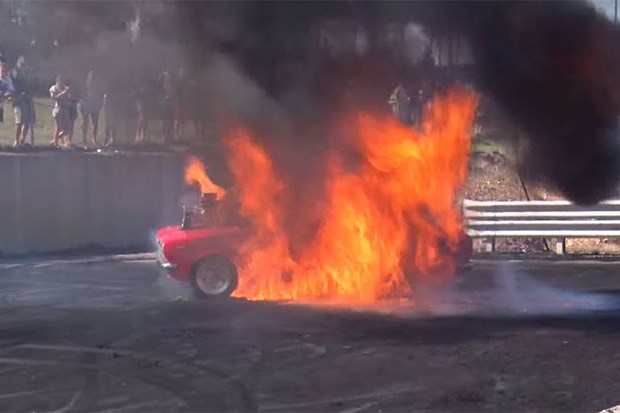