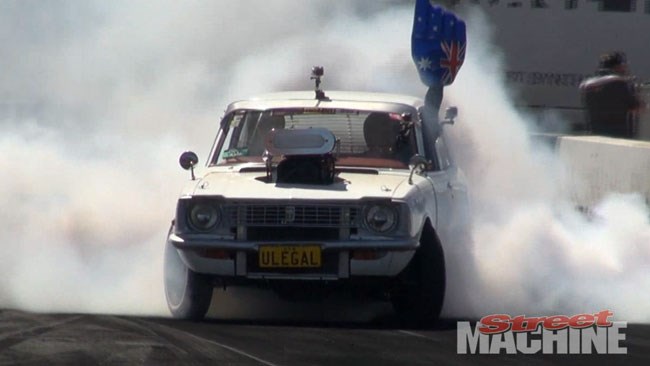 WHEN IT comes to burnouts there is no prize more highly sought after than the National Burnout Masters at Summernats in Canberra, and this year Mick Brasher took the top spot with his supercharged V8 Corolla.

Mick is well known for changing the colour scheme on his Corolla every six months or so, but this time around he showed up with the little burnout blaster looking almost stock appearing; that’s if you ignore the massive Chevy V8 hanging out the front. To take the win Mick hit the burnout pad at high speed with the engine screaming at over 8000rpm and quickly destroyed a new set of tyres in front of a capacity crowd. If you want to see more, then check out the next issue of Street Machine magazine, on sale January 23rd.