OUR 1JZ-swapped Volvo 240 has been the flavour of the month in the Carnage workshop, as it seems the once-troublesome Trolvo has finally come good.

In the last instalment of the Trolvo series, we saw Scotty pump up the fuel system with some killer gear from Raceworks, before we hit the dyno again down at Maxx Performance to leave with 346rwkW on 25psi. 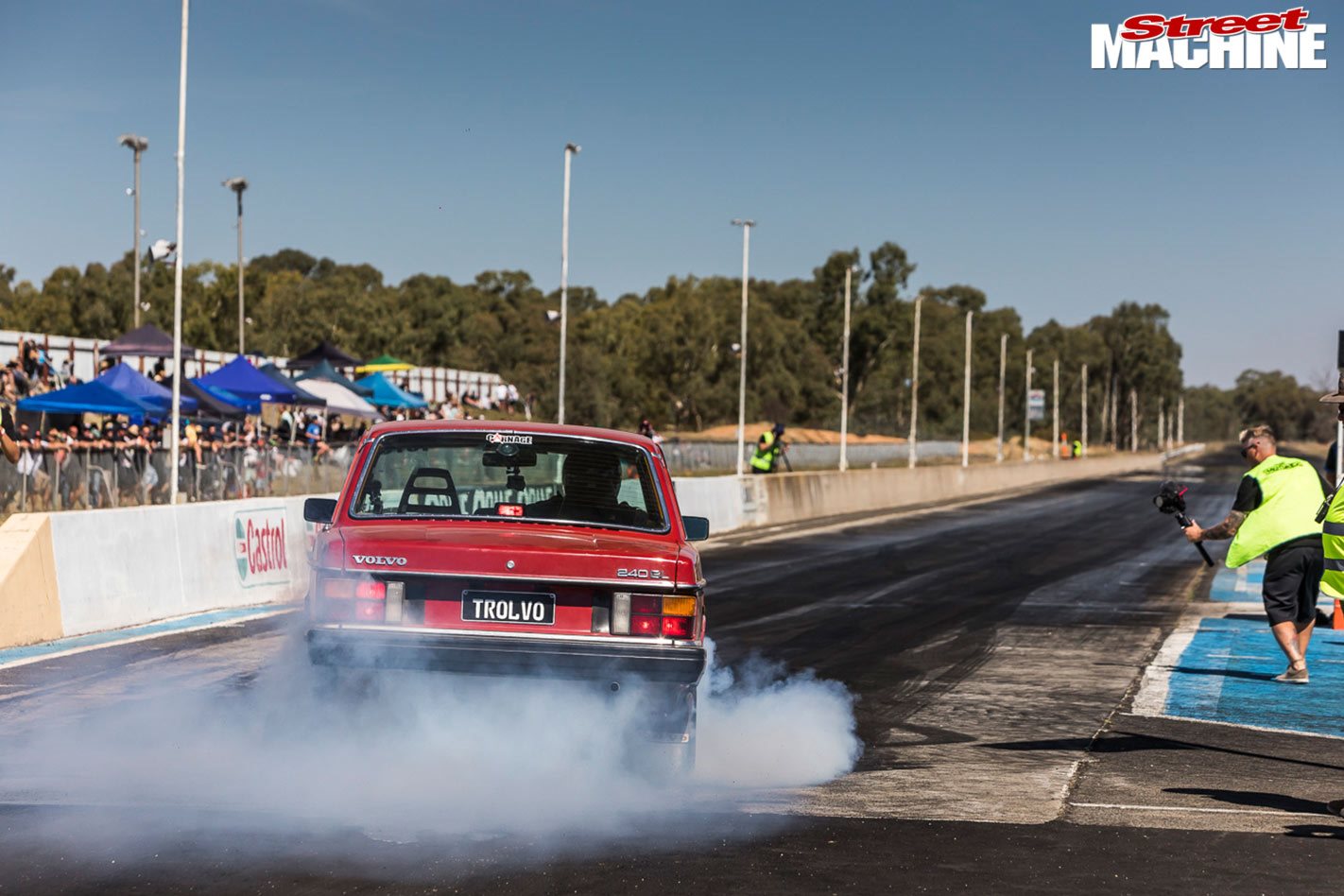 In this episode of Carnage, we put that power to use, taking the Trolvo up to Heathcote Park Raceway in central Victoria to run alongside some of the toughest street cars in the country at King Of The Street #6. The goal was the 10-second ET that Scotty wanted oh so badly.

The test and tune on Friday started off like a dream, with Scotty hitting his target straight out of the box with a 10.97@123mph on the first pass of the day and only using the footbrake to launch. 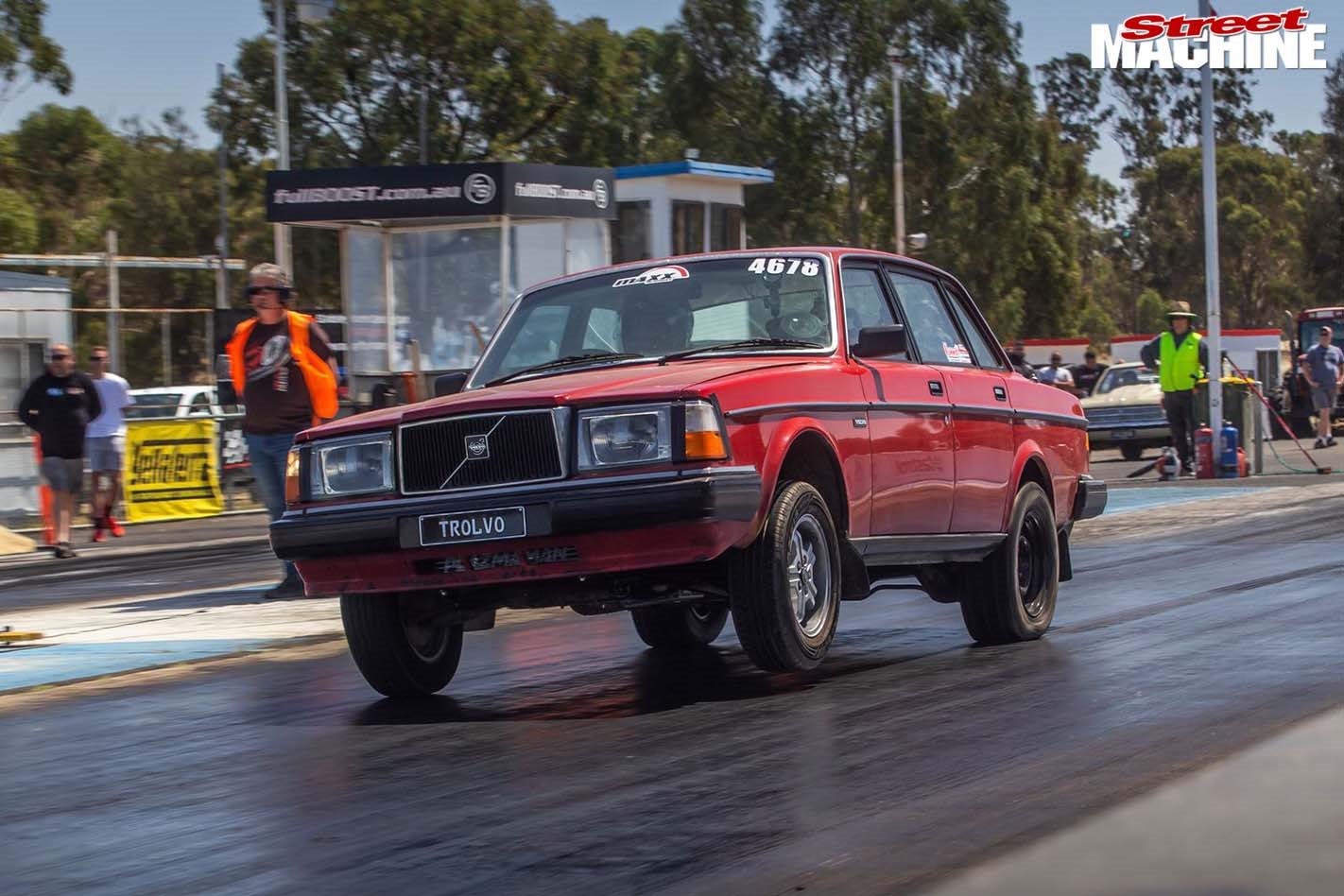 It was an awesome feat for a car with an unopened 2.5-litre donk, but of course we wanted more. Scotty went back out for a few more passes, but a heavy launch on the transbrake late on the Friday afternoon saw the Trolvo snap an axle.

Watch next: Trolvo hits the drag strip for the first time

We thought that’d be our weekend done, but a callout on social media led us to an axle just 15 minutes away in a junker Volvo 240 on a friend’s property. Scotty got to work changing over the broken leg so we could make a few exhibition passes on Saturday and try and lower that 10-second PB. 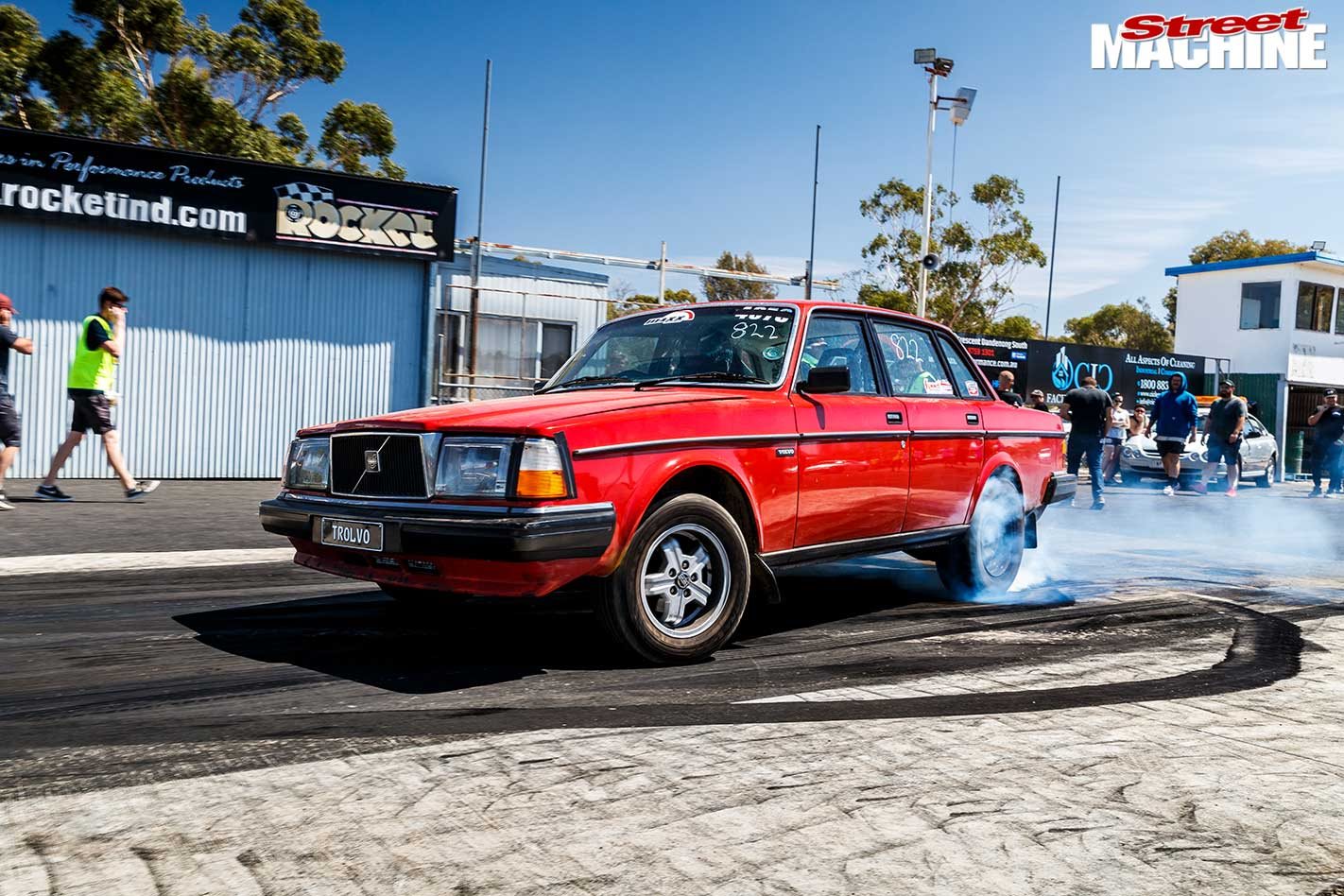 The late changeover on the Friday proved a worthwhile exercise for Saturday’s running, the car recording its best pass of the weekend with a 10.95@124mph. Rising track temps then caused the Trolvo to start blowing tyres off, so we decided to quit while we were ahead. 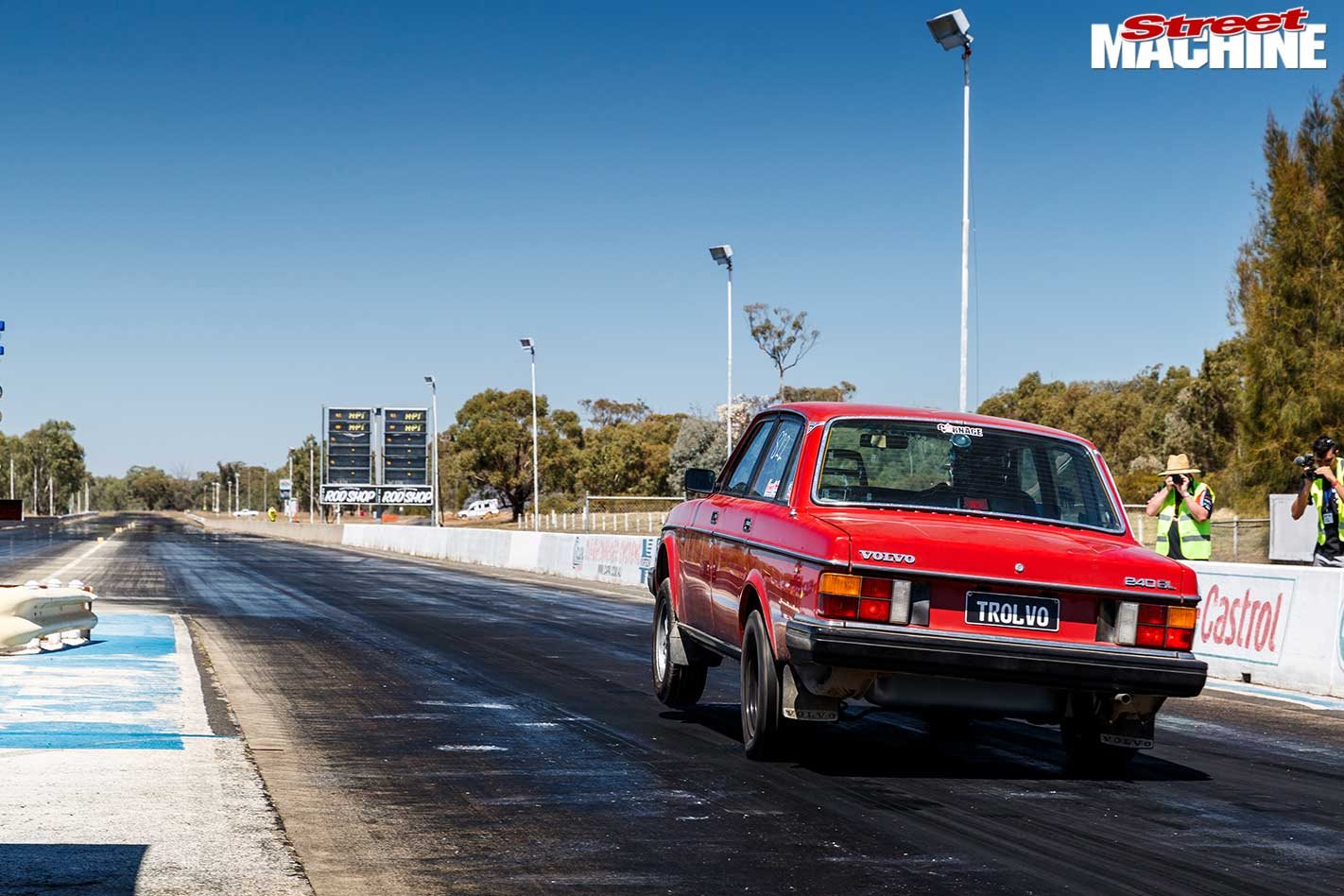 With the unopened 1JZ seemingly maxed out, we can now crack on with the next major plans for the Trolvo. New cams, head studs, upgraded axles and even more boost are on the menu, with Scotty quietly hoping a nine-second pass could soon be in the Swedish brick’s future.