In this episode of Carnage, the show really lives up to its name as the Turbo Taxi takes on Drag Challenge - and doesn't survive

YOU’VE all been crying out for more Carnage episodes featuring our FG Falcon Turbo Taxi, and finally we have the next instalment, where – yes – Scotty crashes the car.

In case you’ve forgotten, here’s what we’ve done so far: in Episode One we purchased a 2010 FG Falcon ex-Melbourne taxi for way too much money and ran some baseline numbers at Calder Park. 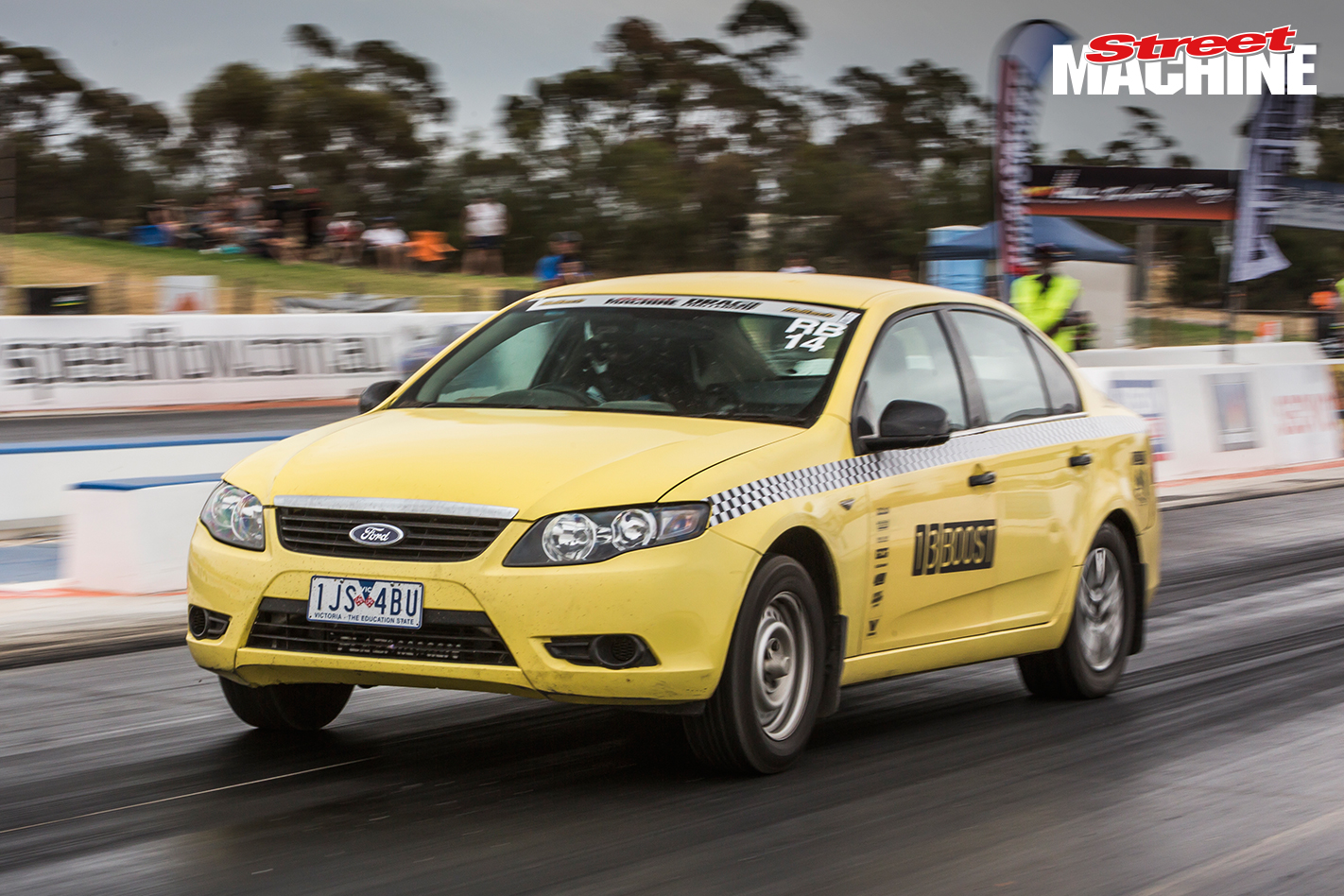 In Part Two the taxi went to MPW Performance, where Scotty and the boys fitted up a Plazmaman intercooler, valve springs and the all-important Garrett turbo. Then it went to Tunnel Vision where Jason wired up a Haltech Elite 2500 ECU and custom LPG fuel system and the car rumbled into life for the very first time.

A few weeks later, in Part Three the taxi was tuned, making some serious grunt and ready to race with the factory gearbox and rear end. We started at Calder Park, but after struggling to run a decent number Scotty went on a road trip to Sydney Dragway in search of redemption. 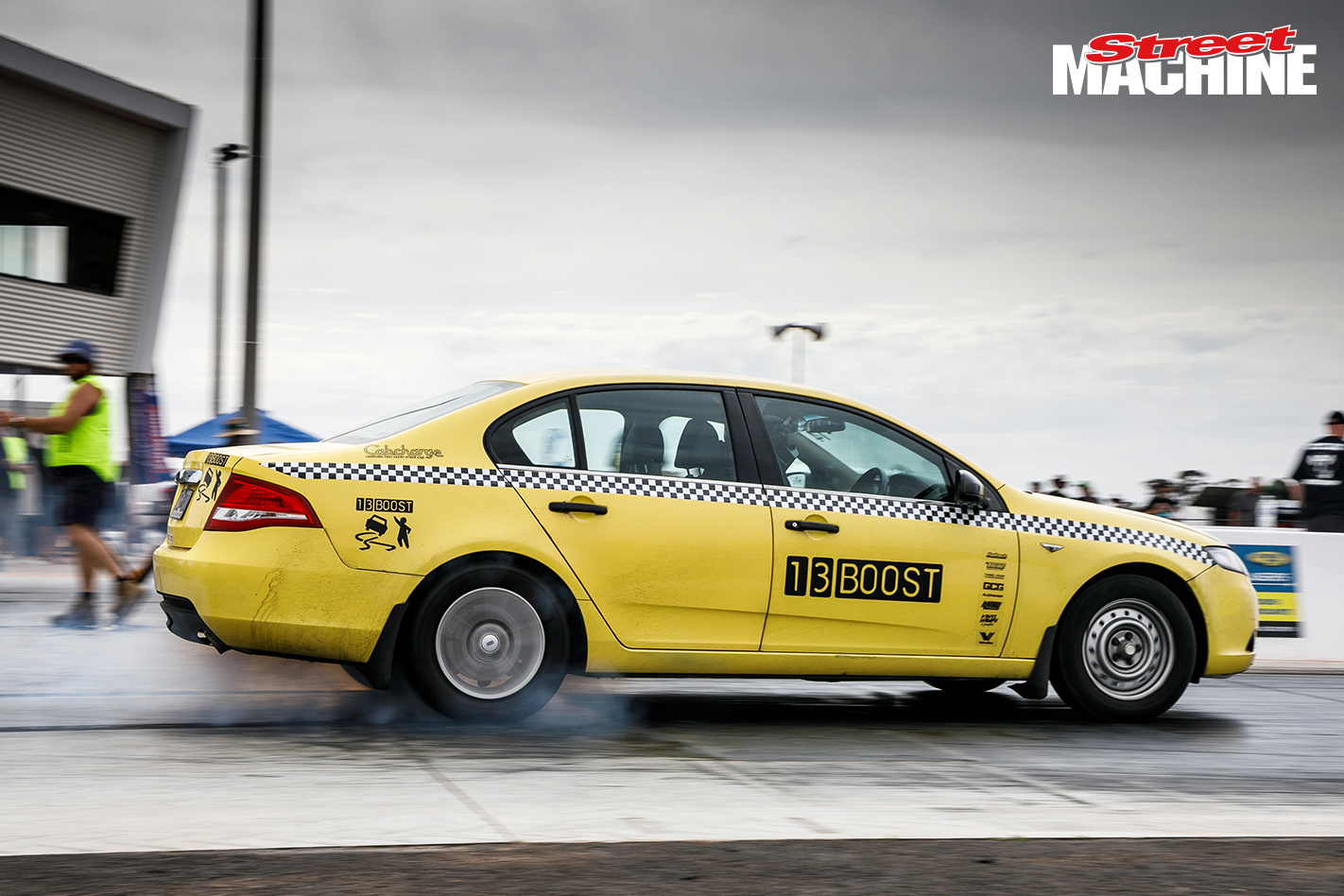 In Part Four we were back at MPW installing a cheapie high-stall converter and an LSD-equipped XR8 rear end. We then went to Heathcote Park Raceway for the Ford Forum Nationals, where the car ran its quickest time yet of 12.00@121mph. We then cooked the auto trying to get into the 11s, and that’s where we left you guys.

Since then we’ve built a twin-turbo LS-powered Mazda MX-5 and taken a road trip to Mopar Sunday, but the plan was always to take the Turbo Taxi on Drag Challenge. 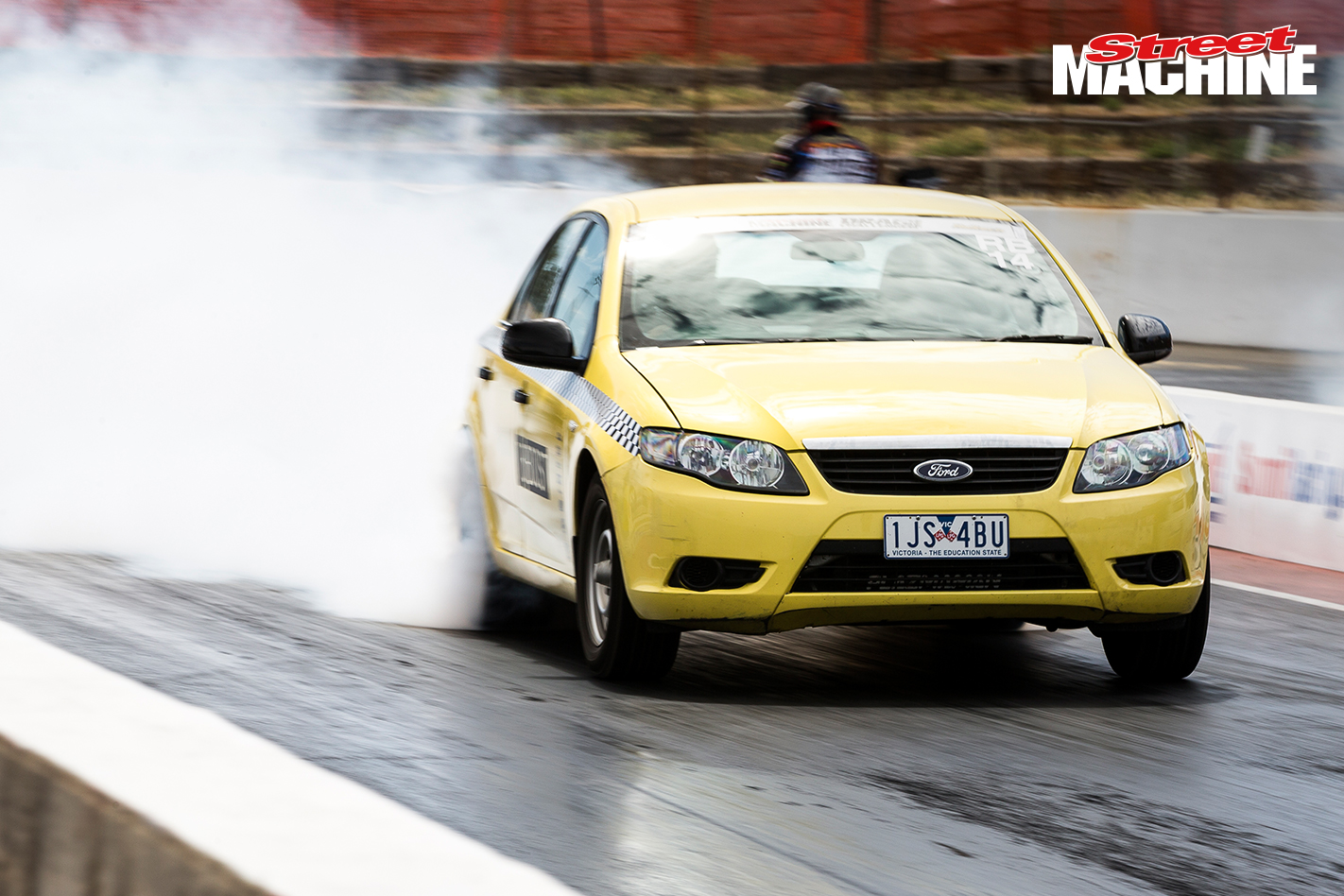 To prepare for the epic five-day, five-track torture test, we needed to make a few upgrades to the taxi, especially if we wanted to go even quicker. Our first job was swapping out the original 570,000km old BTR four-speed auto for a stronger XR6 Turbo box. While we were there, we had the guys at TCE Torque Converters build us a custom high-stall that would give us up to 3800rpm launch speed. That new converter alone felt like it really woke the car up significantly.

We also had planned to screw in our second set of injectors and up the boost. However, we weren’t sure if our aspirated petrol wrecking-yard motor would survive the punishment, so we swapped in a green-top LPG Barra, as they use XR6 Turbo rods. Unfortunately the car gave us curry and we didn’t have time for Jason to screw in the extra injectors, but we were confident that with the upgrades we would see 11s. We also had stickers done by the guys at Vinyl Wraps and Graphics and we all know how much power those add. 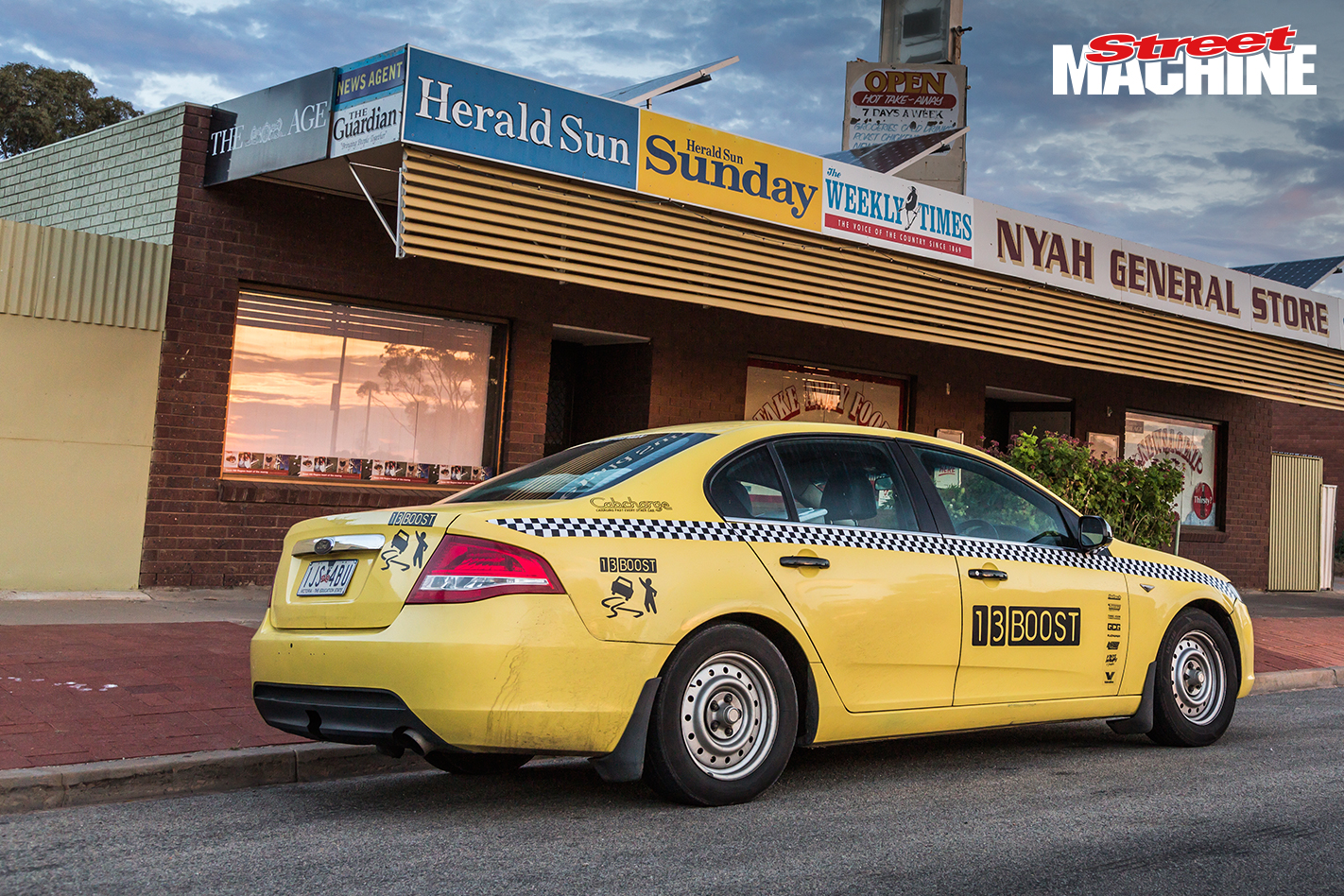 Over the first three days we saw scorching 30-plus-degree temperatures, and that robbed us of quite a bit of horsepower. On Day One Scott only managed a 12.3, and then a mid-seven at Mildura’s eighth-mile on Day Two. On Day Three at Swan Hill, the taxi ran its quickest time of the week with a 12.12@114mph, and that’s where we last saw the taxi in one piece.

You’ll have to watch the video to find out what happened next!