WHEN we last saw the Carnage MX-5, it was freshly made-over for a tilt at Street Machine Summernats 33. The artist formerly known as MX5.7 had received a new heart in the form of a boosted Barra motor, topped off with a fresh Lightning McQueen-style wrap. 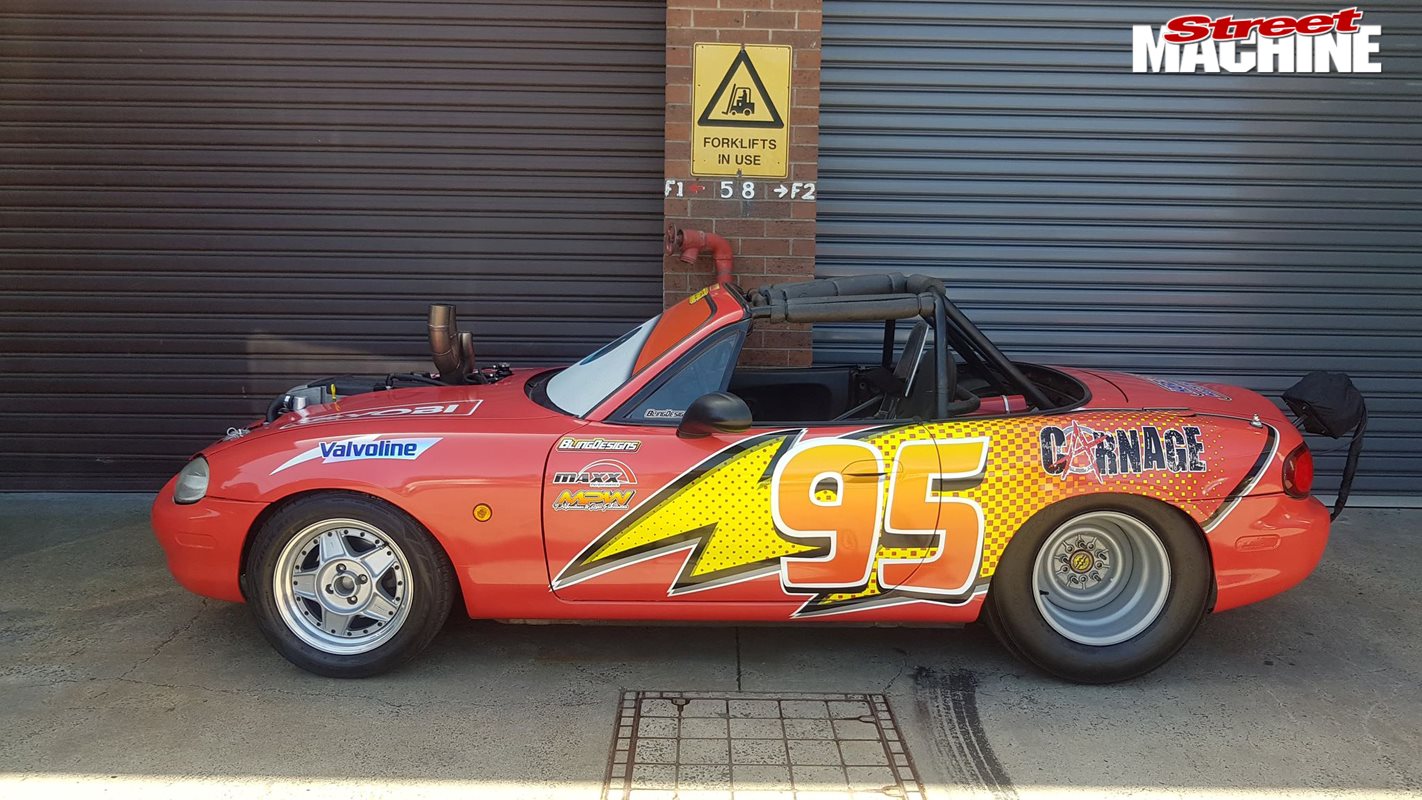 Though it tackled Summernats’ Skid Row, Go-to-Whoa and dyno shed valiantly, trouble eventually struck in the form of an errant idler pulley. This not only threw a belt, but also poked a hole in the radiator. With that, Lightning McBarra trundled quietly back to Melbourne.

Between working on Carnage projects old and new, Scotty found time to order some new parts for the Mazda, including a fresh eBay radiator, chunkier intercooler and air con-delete pulley. After fabricating some new mounts and brackets for the cooling system (and making a mess in the process), the time was right for a dyno session at Maxx Performance. 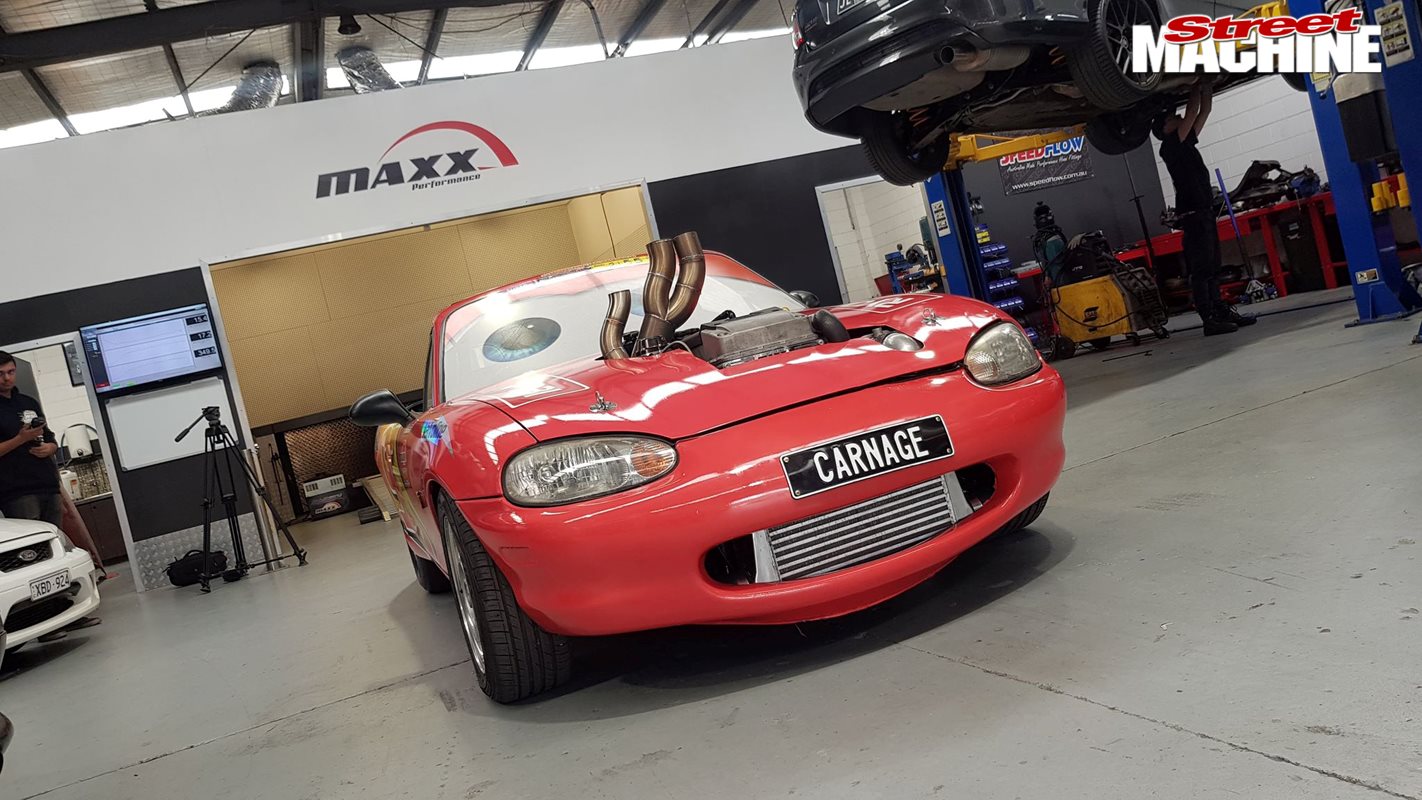 With the big intercooler eliminating a known weak point in Lightning’s powertrain, Scotty had high hopes for a 400kW figure, and the gains were immediate. With the lower intake temperatures allowing for more timing and a few extra pounds of boost, numbers jumped by 30kW at the wheels. 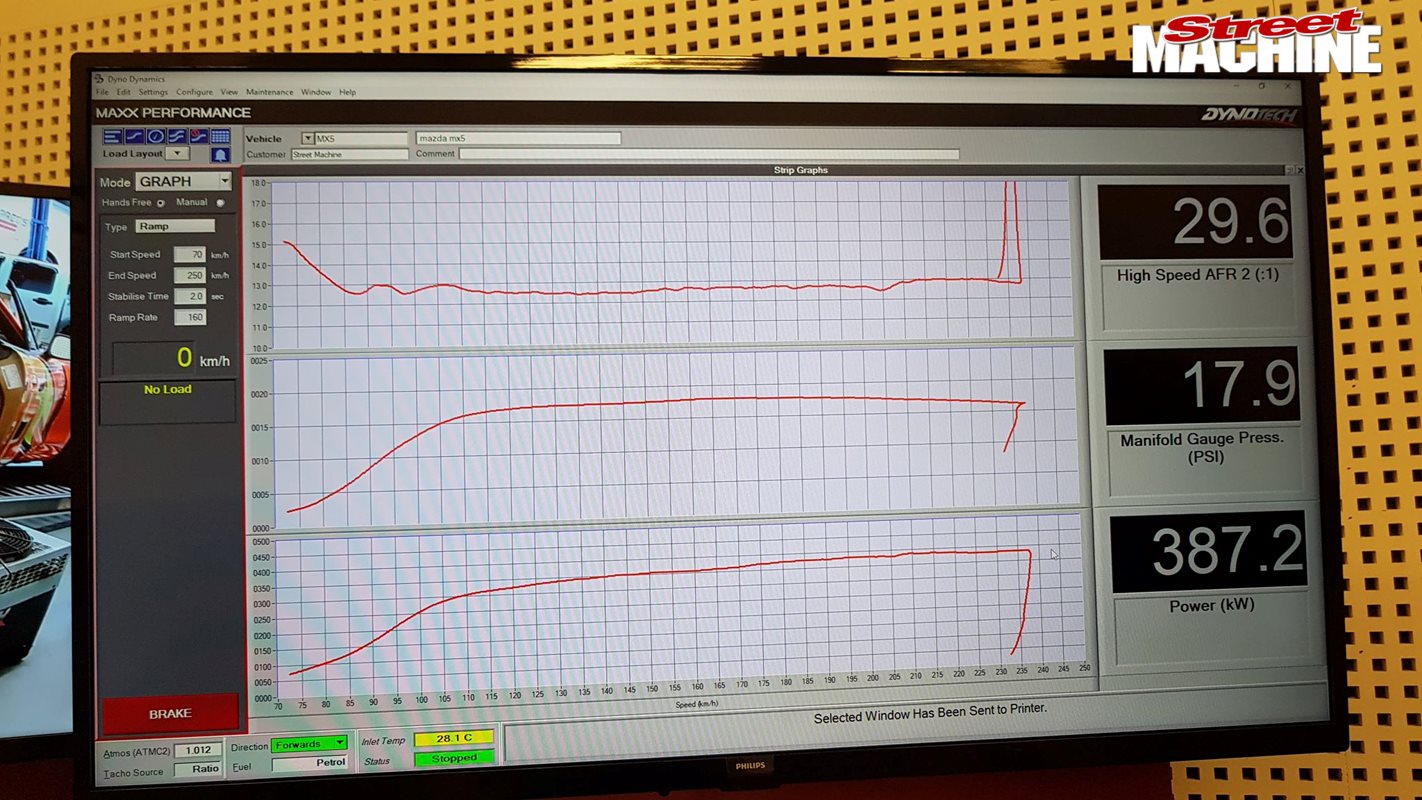 Scotty didn’t stop there, though. In spite of Zane’s apprehension, more boost was stuffed into the NA Barra donk – and sure enough, things went south. 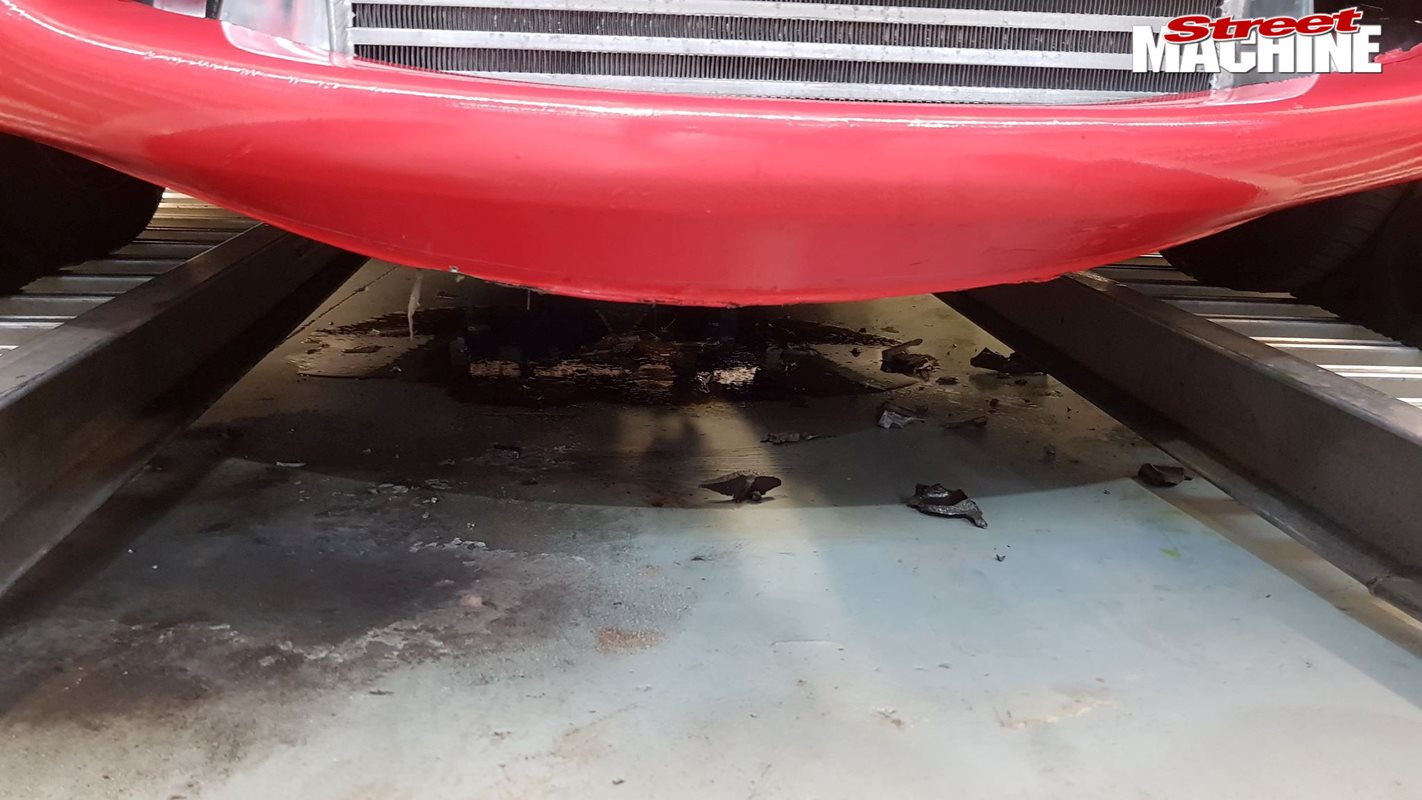 Uncle Rodney came knocking with devastating effect, splitting the block virtually in two and leaving a considerable mess on the floor. The moral of this story? Trust your tuner.

As usual, this will prove only a minor setback for the MX-5. There’s a tougher green-top Barra on the horizon, which means more boost, more smoke, and more fun!