AT THE end of last year, our L67-swapped Holden VN Berlina was up and running and ready to road-trip all the way to Sydney from Melbourne for Summernats Slam, only for it to break catastrophically barely a week out from the event. 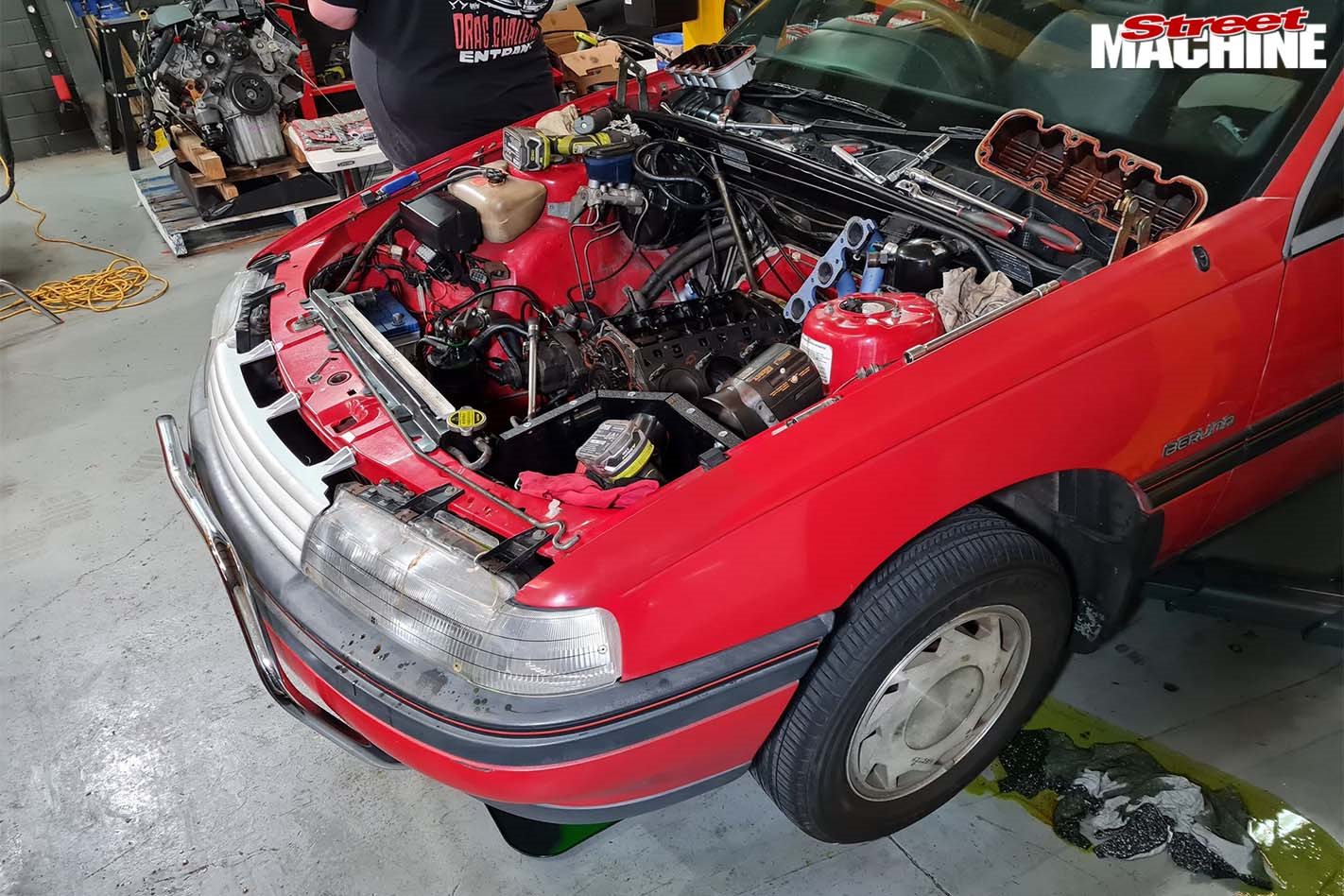 A quick post-mortem on the front end of the engine revealed a broken timing chain. With Christmas looming and the possibility of bent valves being incredibly high, we decided not to just throw another chain on and instead pulled this thing down properly – and boy, are we happy we did. 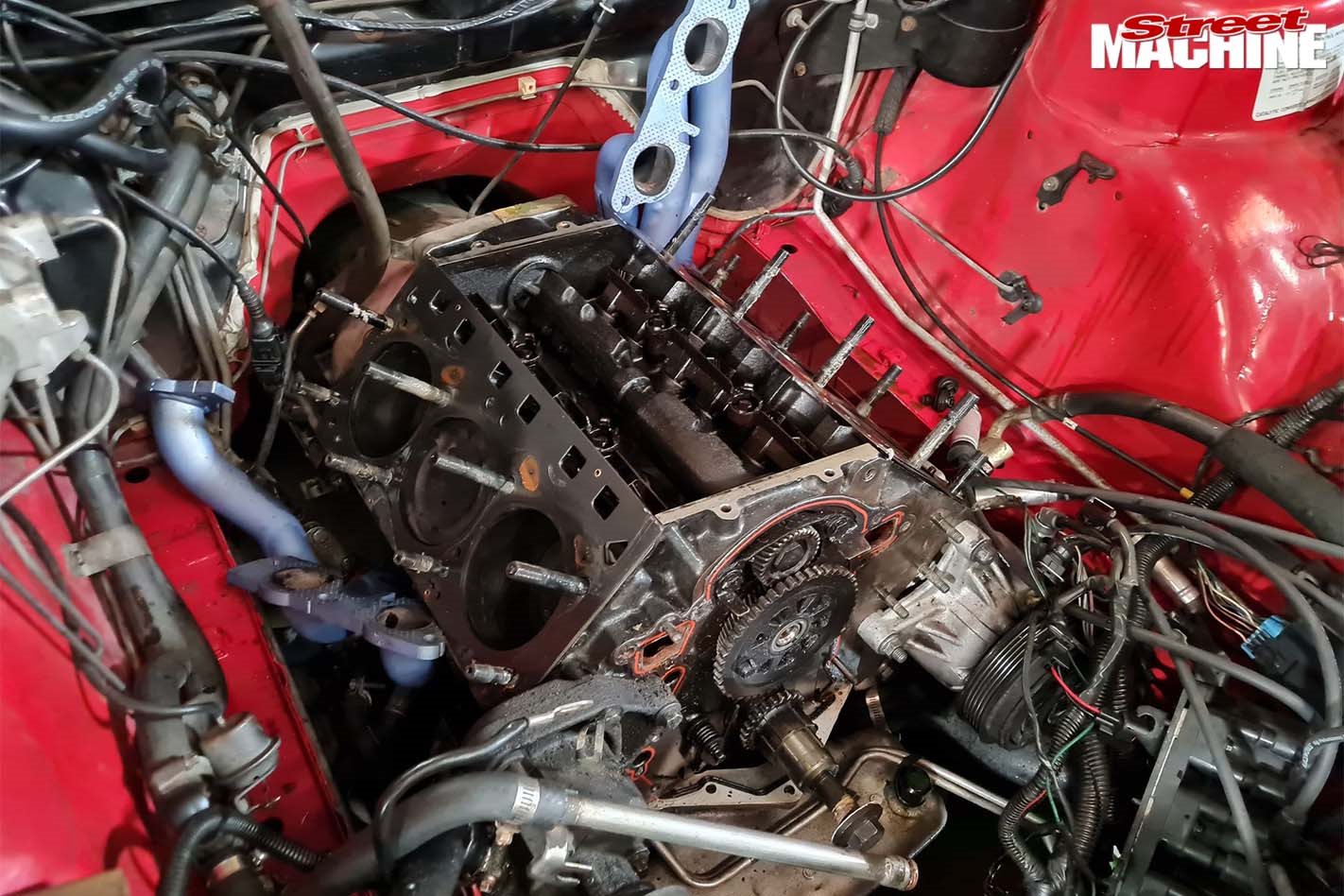 With the heads off, Scotty quickly found three bent valves and three decent-size witness marks on the corresponding pistons for good measure. But sadly, that wasn’t the end of the drama. 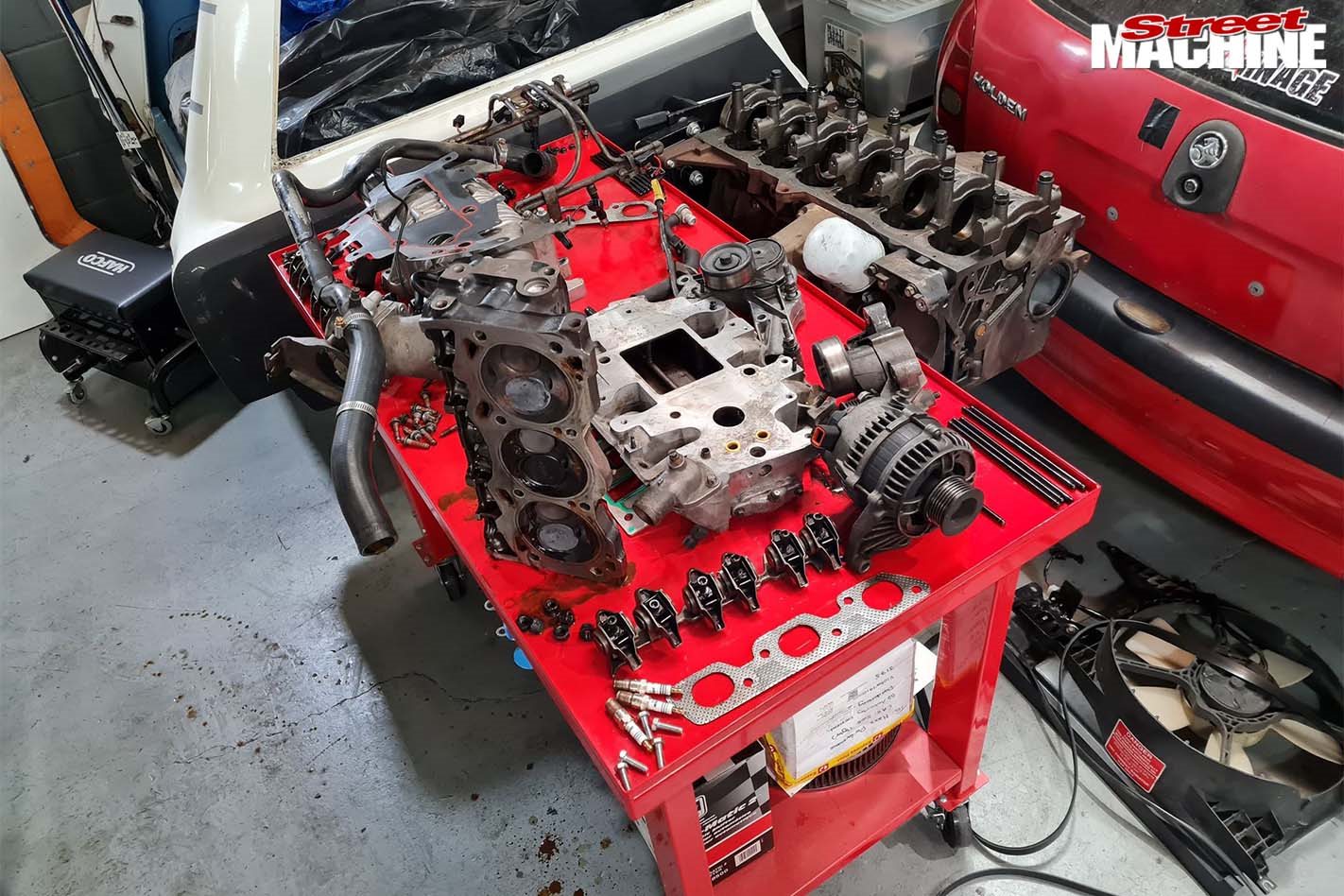 Scotty opted to take the heads over to Powerhouse Engines in Warragul for a reco and port job, where the real experts found both heads were well and truly cooked. As many as 10 cracks were found, rendering the heads unsalvageable and destined for the bin. 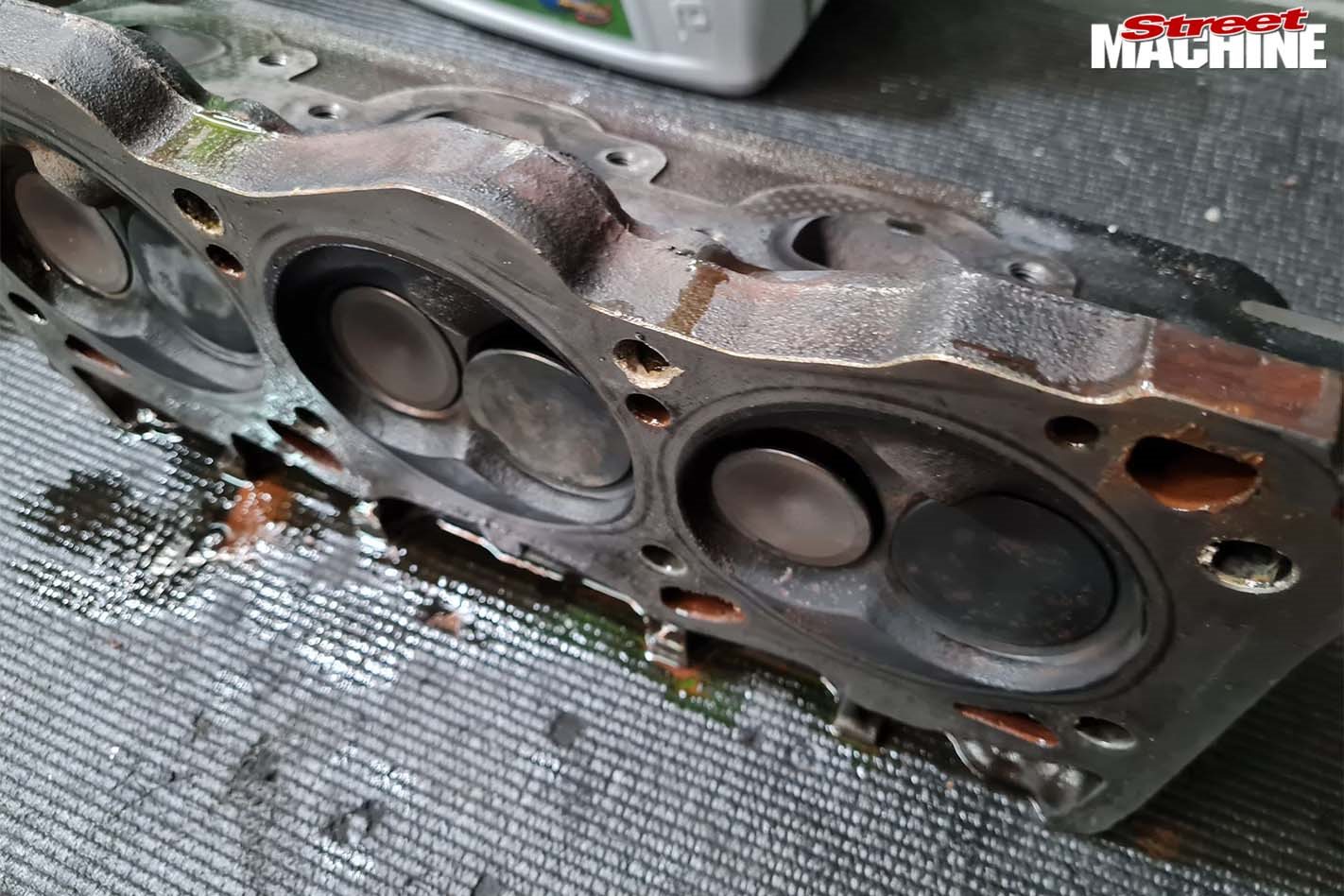 It isn’t all bad news though, because this now gives us the perfect excuse to crank up Supermang to a new level. The Powerhouse Engines crew have taken it upon themselves to source and prep us a new set of L67 heads that should have a hell of a lot more flow. Along with those, we’ll be adding a new pulley system to the L67 with smaller boost pulleys, and, critically, an air-to-air intercooler, all sourced from our good mates at Mace Engineering. 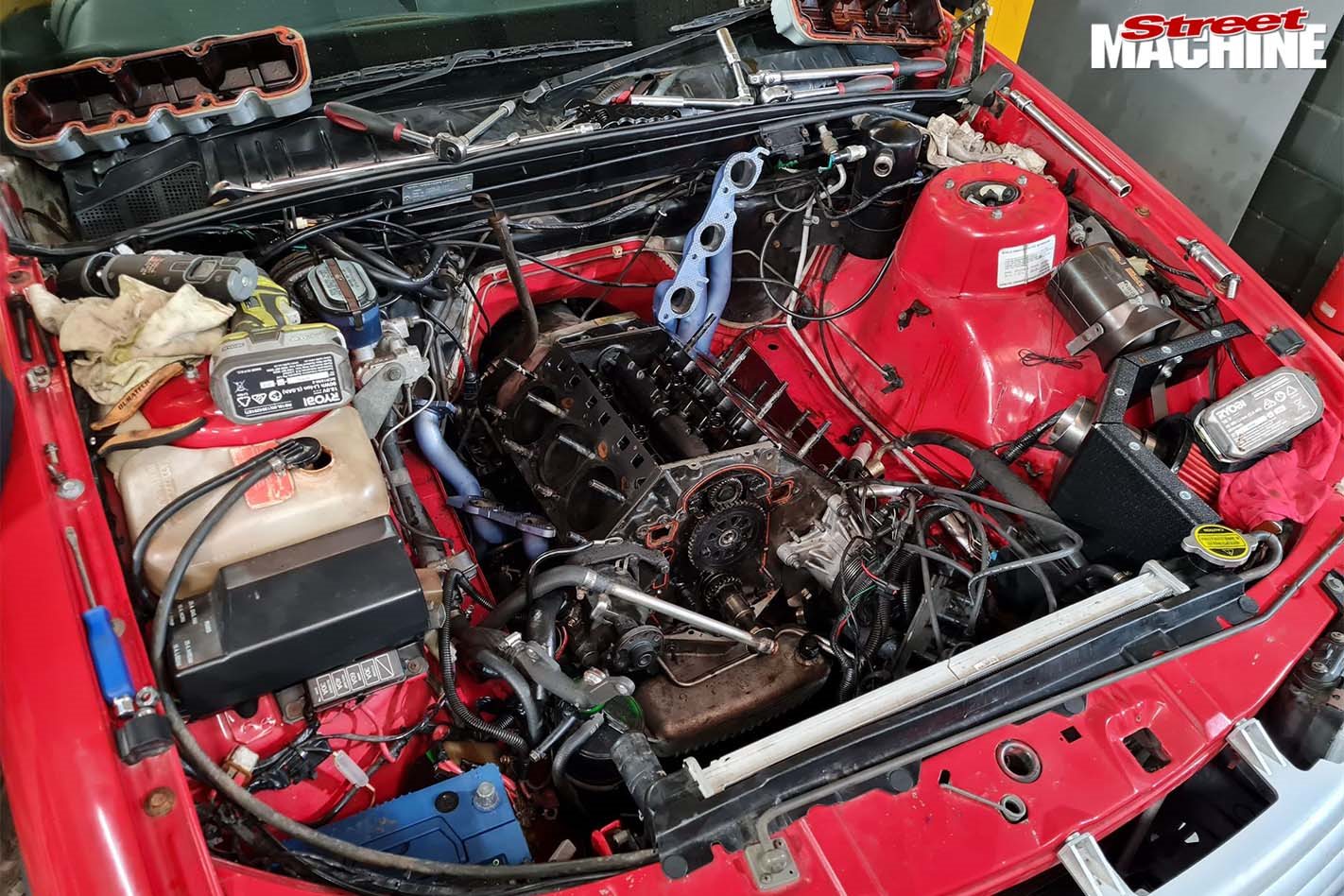 Watch next: Supermang is alive! – Carnage Plus episode 85

So don’t worry; the Supermang will return very soon with a whole bunch of new goodies. In the meantime, we’re busy making the Trolvo even faster – which you’ll see on future episodes of Carnage.