Barra MX-5 gets a new engine - Carnage Plus episode 50

Scotty checks out the damage to Lightning McBarra’s exploded motor

THOUGH the Barra has built a reputation as one of the toughest and most reliable six-cylinder donks available today, they do have their limits – especially when somebody pumps considerable boost into one not built to take a turbo.

That’s just what happened to poor Lightning McBarra in the last episode of Carnage. After installing a new radiator and fatter intercooler to handle extra boost, Scotty threw the Mazda on the dyno in search of higher power figures. Though the big six-cylinder handled the pressure valiantly, it eventually gave up in brutal fashion. 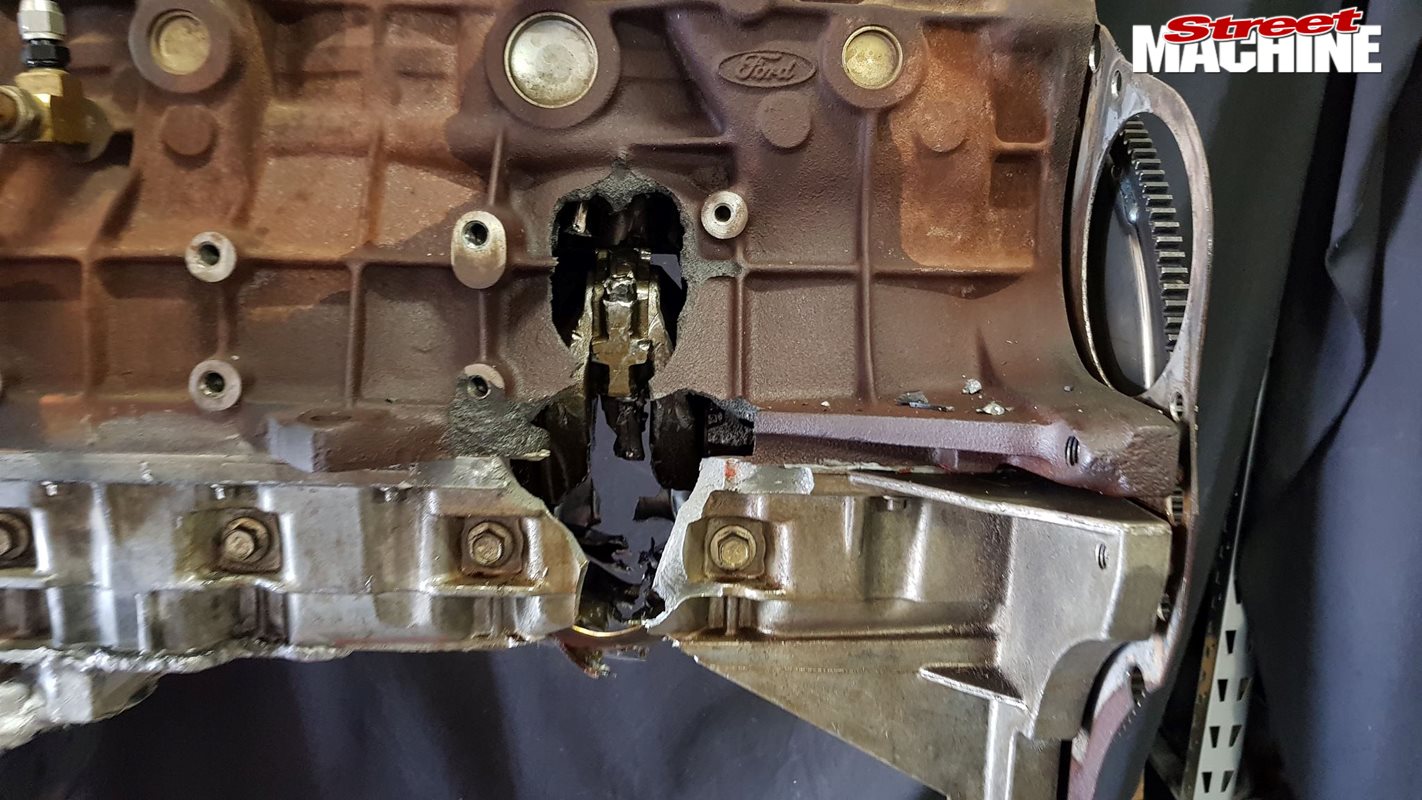 The damage was immediately visible, with what was presumably an errant rod splitting the block almost in two and cleaving a big hole through the custom-made sump. 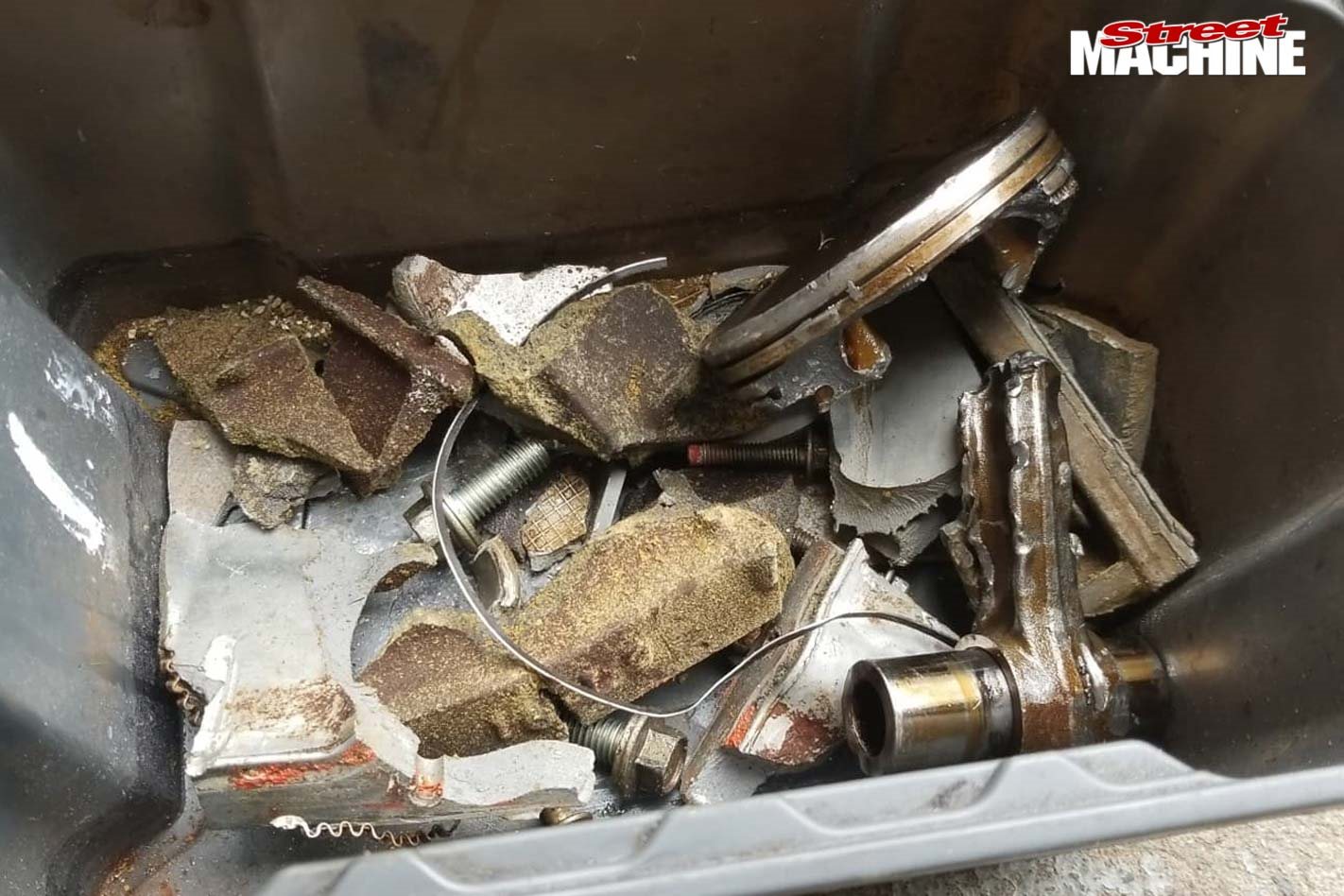 With a new school of Barras making their way to the workshop courtesy of ACM Parts, it was time to yank the gutted motor. Once it was freed from the confines of Lightning’s engine bay, Scotty discovered a conrod wedged inside bore number 5, accompanied by what was once a piston. 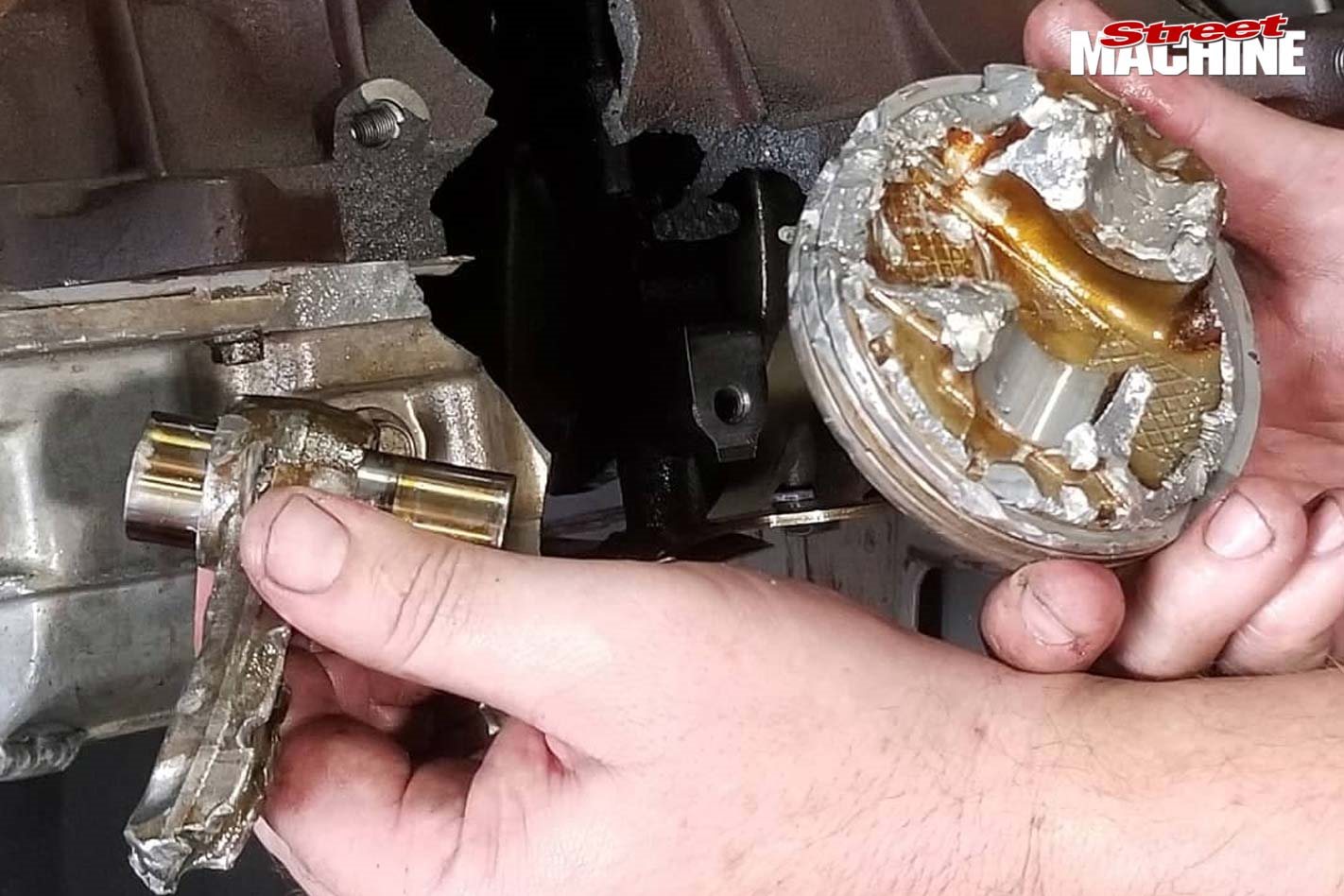 It’s important to remember that this donk wasn’t made to handle boost. In their factory guise, these ‘silver top’ motors were built to handle under 200kW (268hp), and the only upgrade made to this powerplant was a set of valve springs. Conversely, ‘green top’ LPG Barras were screwed together with stronger, turbo-style rods to withstand backfires common to gas motors. This makes them a perfect candidate for extra boost.

With two of these green motors now lying in wait, there’s more power and more reliability on the horizon. Stay tuned for more Barra shenanigans (and a whole lot of other stuff) in future episodes of Carnage!