GCG Turbochargers whips us up a matching pair of Garrett GTW3684 snails for Project MX5.7

YOU can’t win ’em all, as the saying goes, and when Scotty took a punt on a well-used pair of ex-BA XR6 turbochargers for our latest Carnage build – an LS1-powered Mazda MX-5 we’ve dubbed Project MX5.7 – he lost. Lucky they were only 50 bucks, eh? 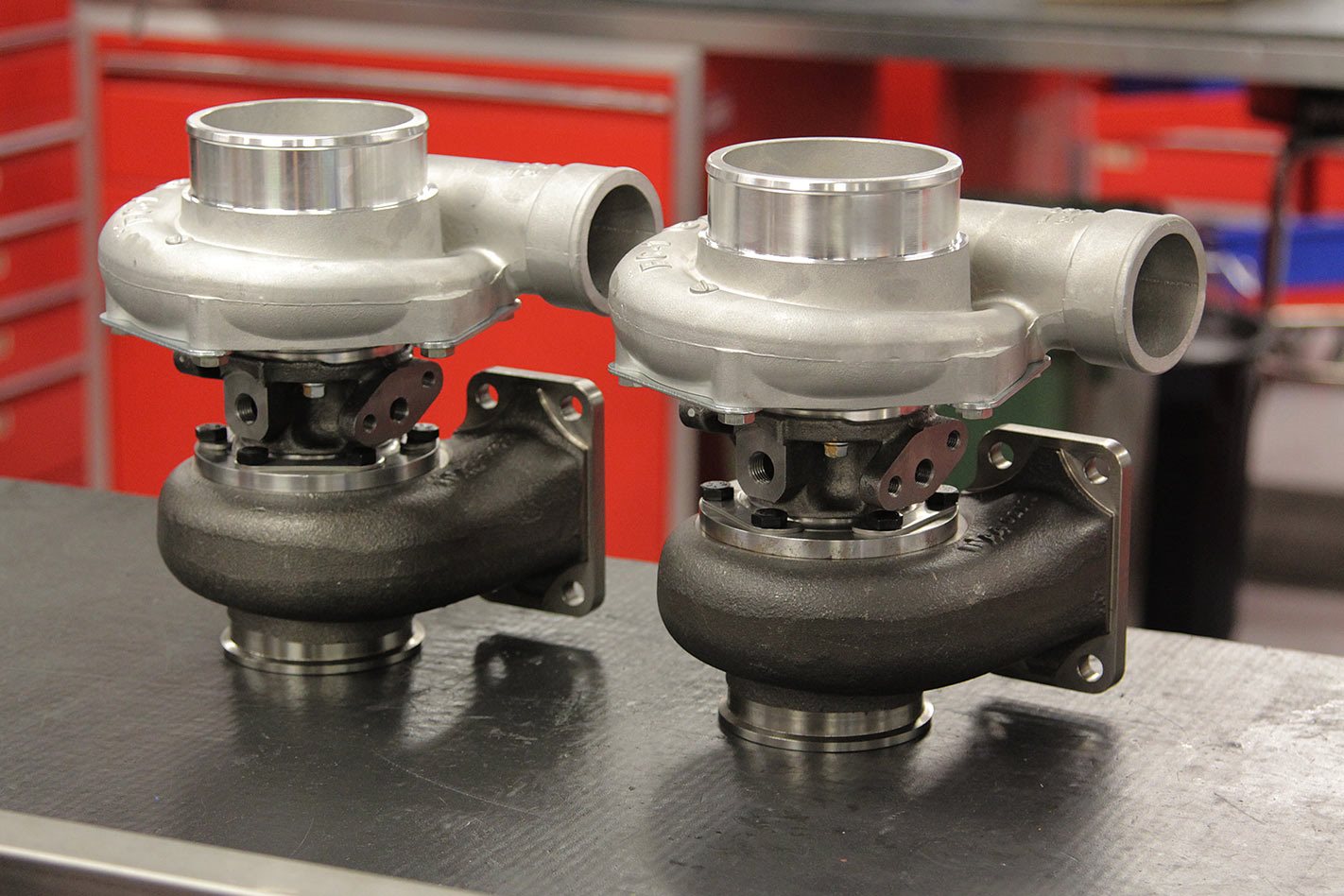 We sent them off to turbo gurus GCG Turbochargers to see if they could bring them back from the brink, and when we fronted at their Condell Park workshop, they had some bad news for us. While it was certainly possible to rebuild and modify our GT3540s (referred to as GT3582s in XR6T-spec) to suit our application, it simply wasn’t cost-effective. Both units had damaged bearings, housings and wheels; good for paperweights and not much else.

Beautly, they had a solution, and after GCG’s technician Alex was done assembling our new turbos (see video), he stuck around to talk us through them in greater detail. 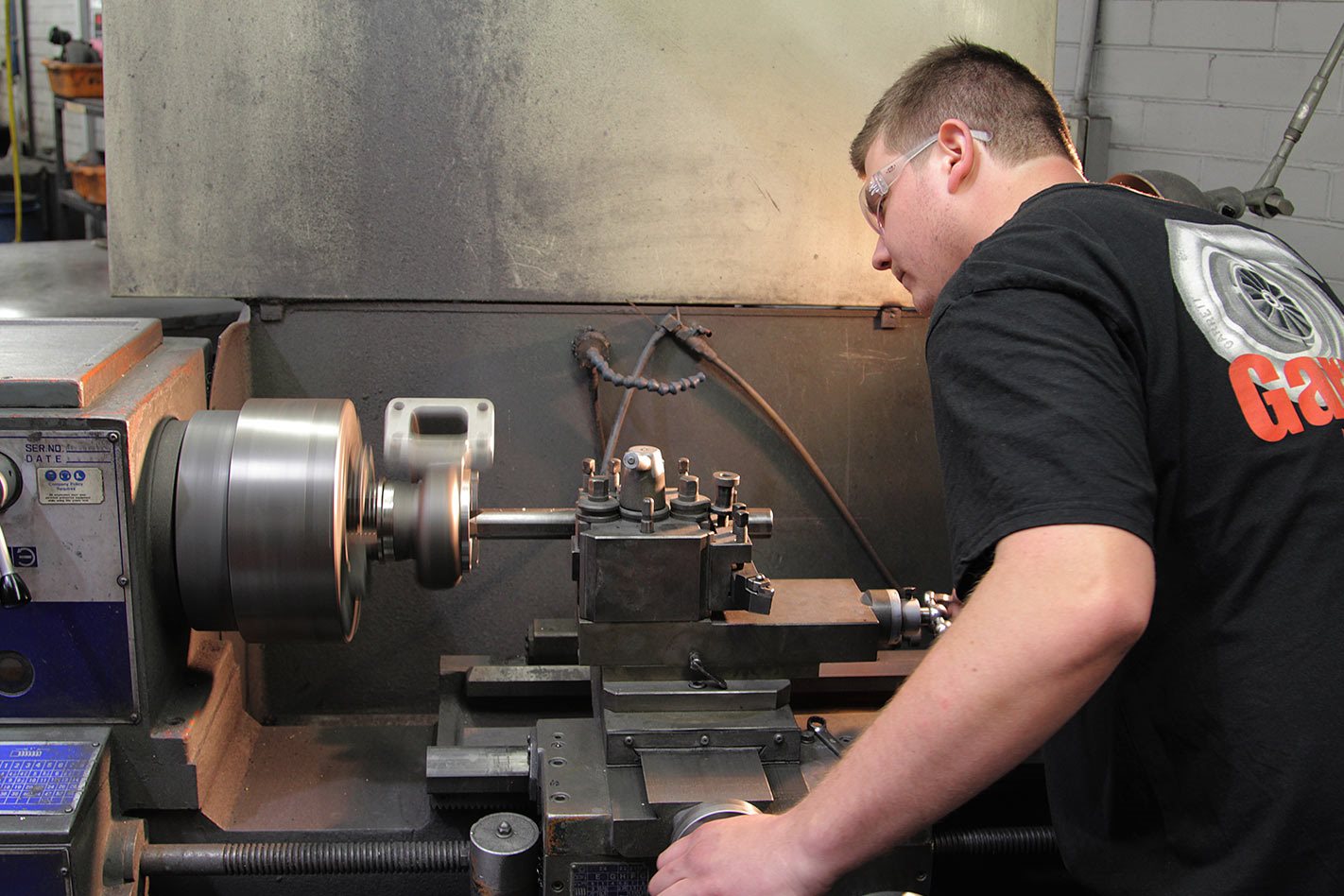 They sure were. The early XR6 Turbos had a lot of issues with the oil feed line. We see a lot of turbochargers come in from that model with oil starvation issues, or totally stuffed in general. Unfortunately yours are in the latter category. When you starve the bearing cages of oil, it will take seconds for them to collapse. Once the bearings have collapsed it sends the turbine wheel and compressor wheel, which could be spinning at up to 100,000rpm, majorly out of balance. The first thing they’ll do is hit the turbine housing and the compressor cover, and absolutely destroy themselves. You can repair turbine housings and compressor covers with machining, but the damage on your turbos was quite substantial. Generally if someone came in with a turbo like that, we’d sell them a new unit. 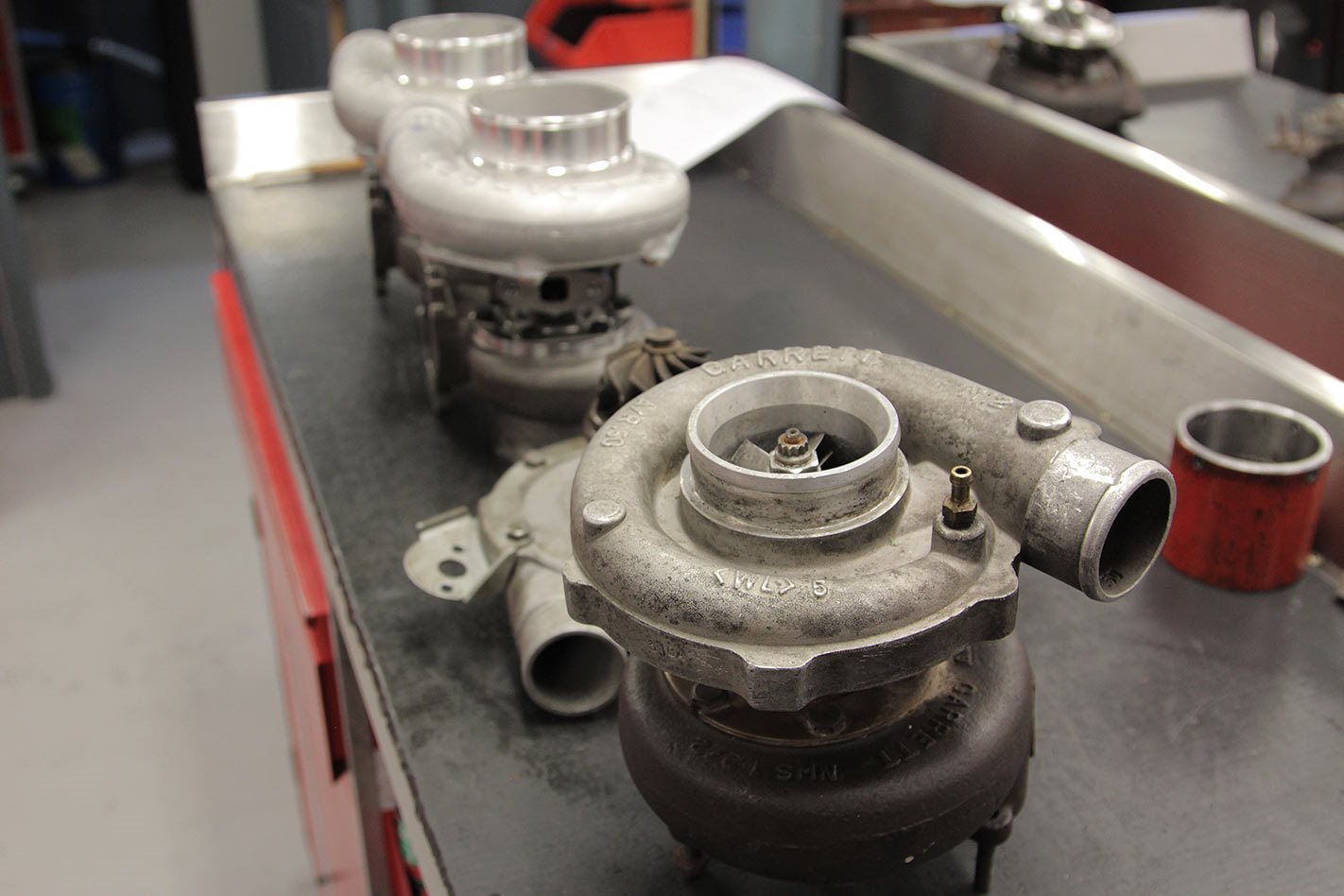 The reason we used the GTW3684s is that they are an economical choice of turbo. Also, with the GT35 there are not a whole lot of modifications you can do to either upgrade or downgrade sizing. With the 3684s, you’ve got its baby brother, the 3476, and its big brother, the 3884. You can chop and change pretty much any part of those turbochargers within each other and it will work. The 3684s that we chose are ball-bearing; they do also make them in bush-bearing, but we chose the ball-bearing unit because they are a lot more durable and they’re going to enjoy the power that we’re going to put through them. 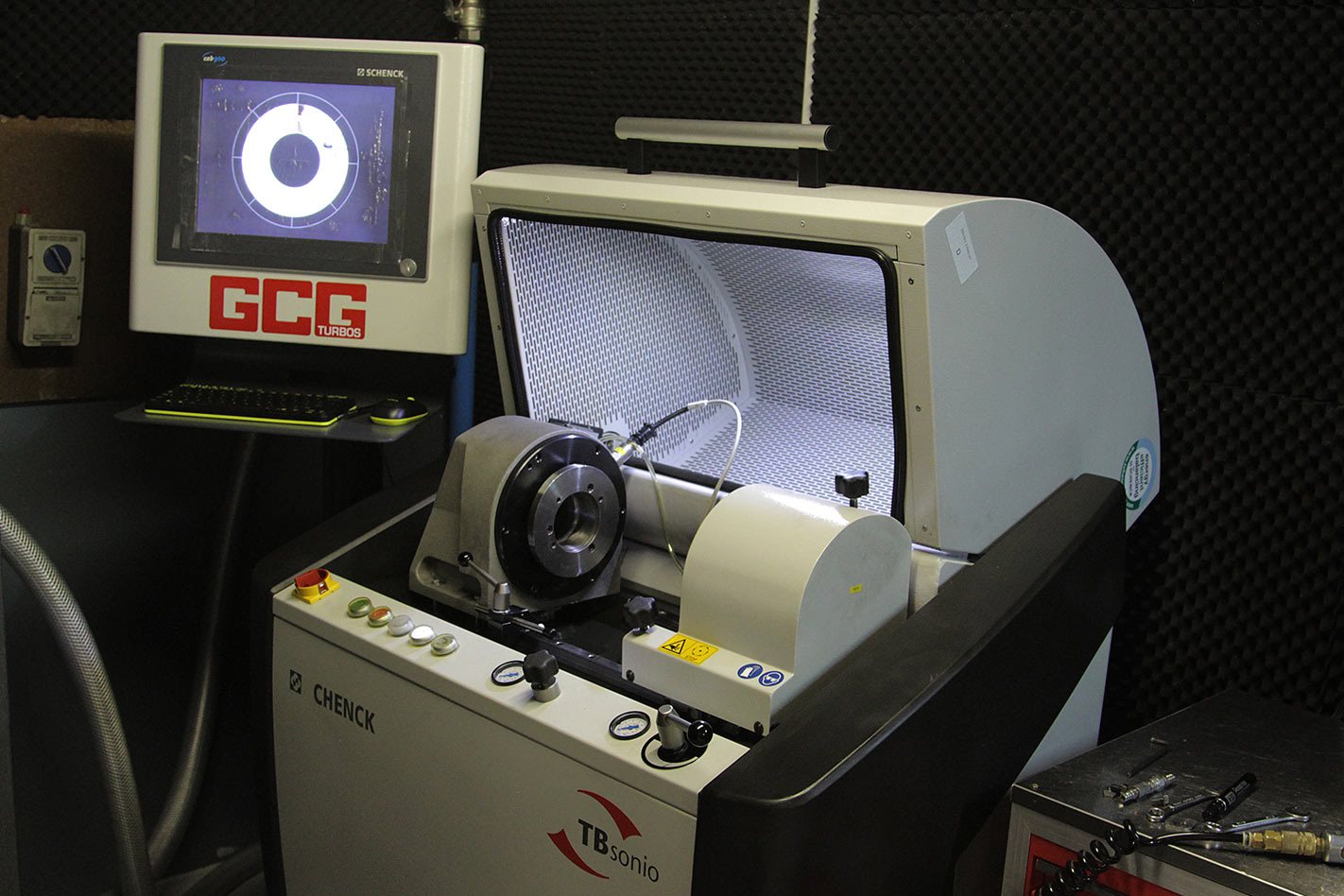 How do they compare to the GT3540s we had planned to use?

The 3540s are very similar in terms of turbine wheel size. At the compressor end we’re upgrading from a cast aluminium to a billet aluminium wheel, so not only are they more durable, but they’re lighter and they flow a lot more air because of the design of the blades. A 3582 has a 6-6 blade wheel, so six primary blades and six secondary blades. What we’ve done is use the GTW3684 wheel, which is billet aluminium and 10-0, so 10 primary blades and no secondary blades. It’s a lot more efficient, and that’s the way the GTX compressor wheels have gone as well, so it’s modern technology in a very versatile turbo. In terms of outside geometry, housing-to-housing they are about the same length, so they’re on par in terms of size, but power-wise the 3582 isn’t rated to anywhere near what a GTW could perform to. 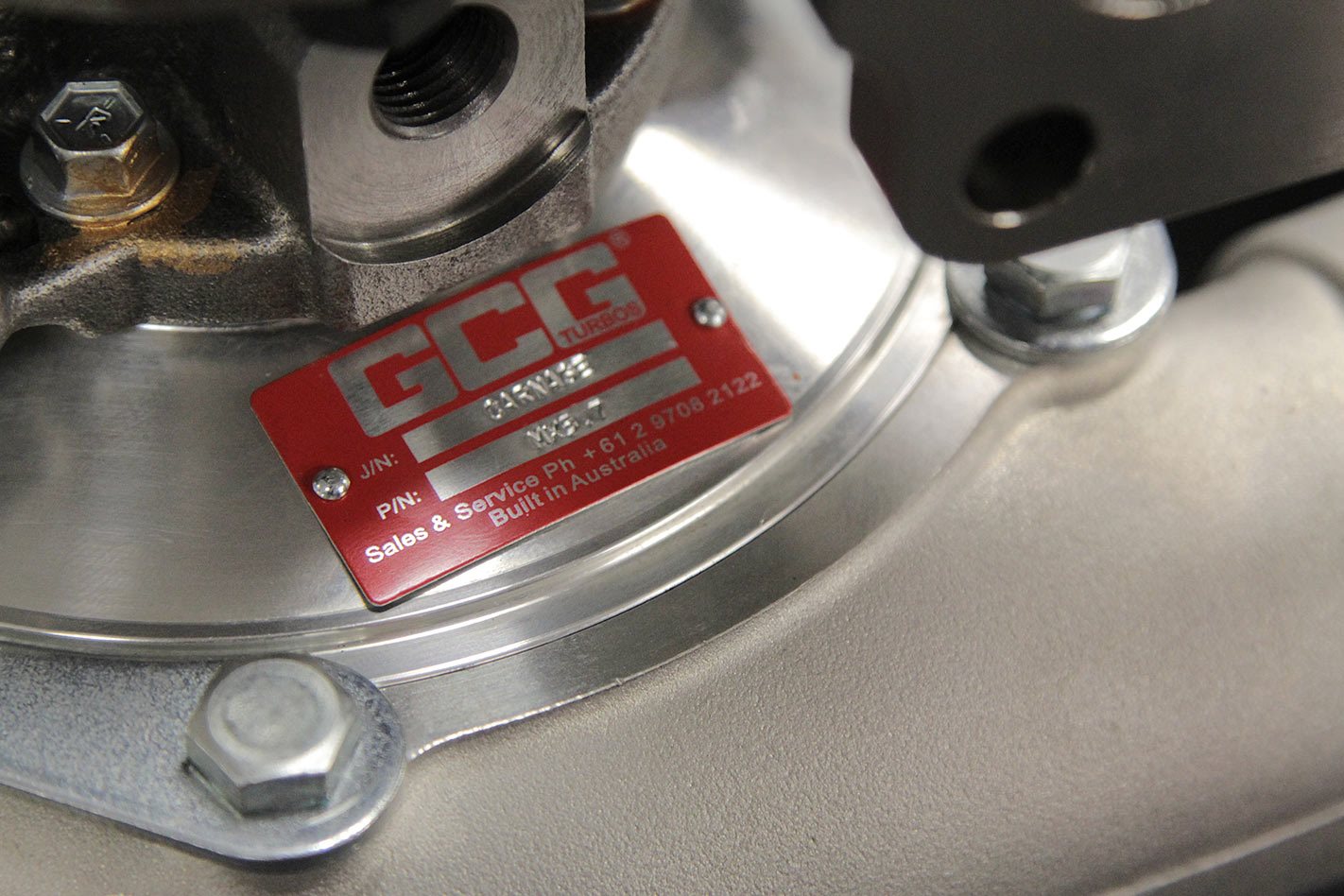 What were the considerations in opting for GTW turbos over GTXs?

We haven’t chosen the GTW over the GTX because it’s a ‘better’ turbo. The GTX is Garrett’s number-one-selling turbo and they’re the best performance turbo that Garrett builds. The reason we’ve gone with the GTW is that there are a lot more options in terms of adaptability to suit a given application. By using the 3684 we’re able to change it to a 3884 if we want to make a lot more than the 1000hp you’re currently aiming for down the track; we can do that easily. With the GTX3582s, there are no options other than changing the turbine housing; there are no comp cover upgrades, comp wheel upgrades or turbine wheel upgrades. The GTW definitely isn’t as good a turbo as the GTX in outright terms, but for your application they’re perfect. Price-wise you could buy one-and-a-half GTWs for the price of one GTX, so it’s a lot more cost-effective when you’re talking about buying two of them. The bottom line is the GTWs are cheaper, they’ll do a great job for your application, they’re easily rebuildable here in Australia, and there’s scope to upgrade them down the track. 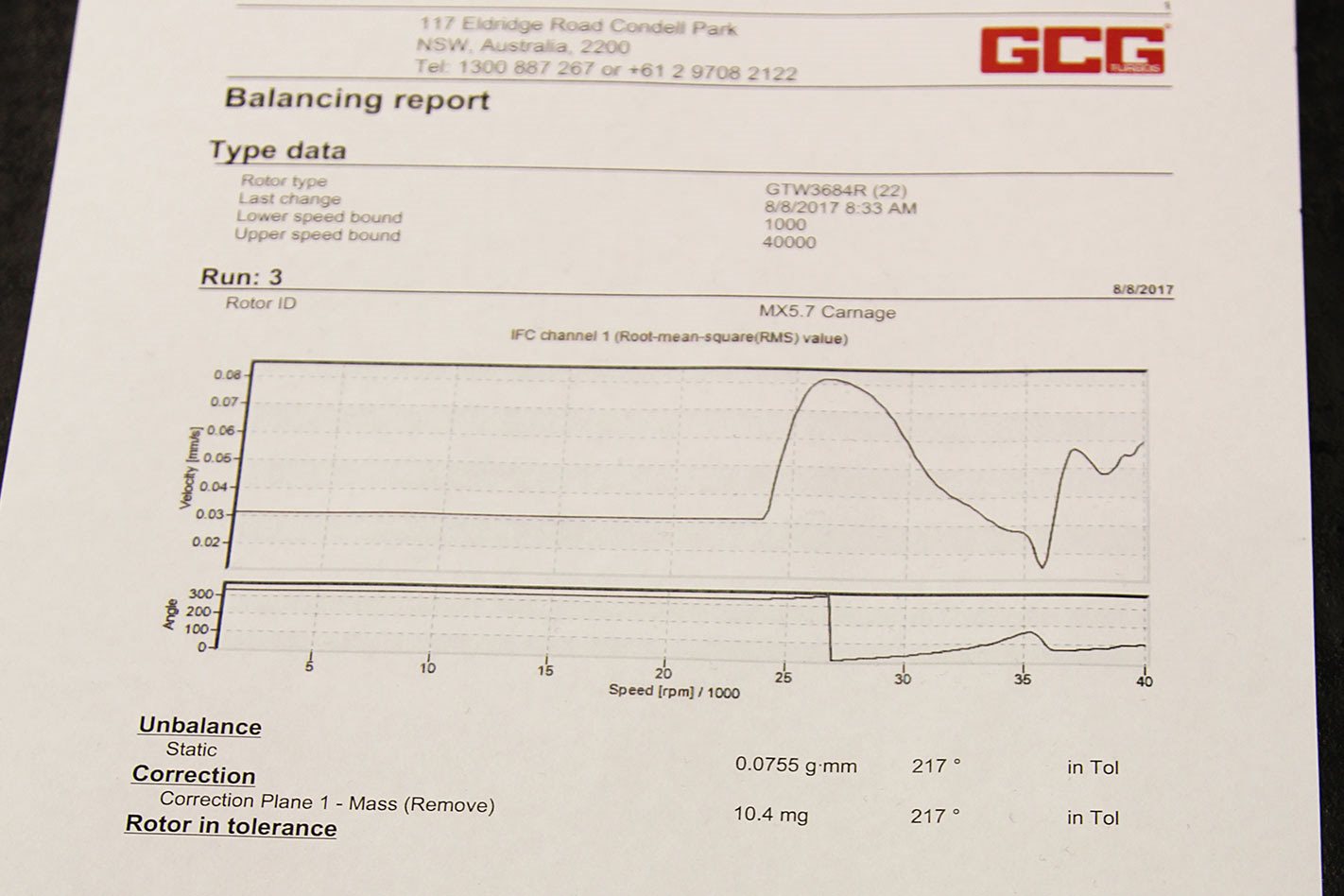 LOOK out for the next Carnage episode starring Project MX5.7, due out late next week! And then it is off to Red CentreNATS in Alice Springs, 1-3 September. 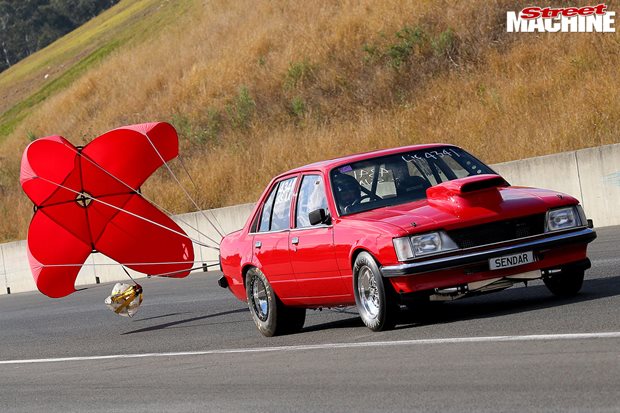