Scotty and Kian continue their battle to save the rotten Valiant

While most Carnage cars are dragged to the workshop in a dilapidated state, the orange Valiant Safari wagon takes the cake as the rustiest. The insidious tin worm has chewed up the floor pans and left almost all other sections of metalwork peppered with holes. 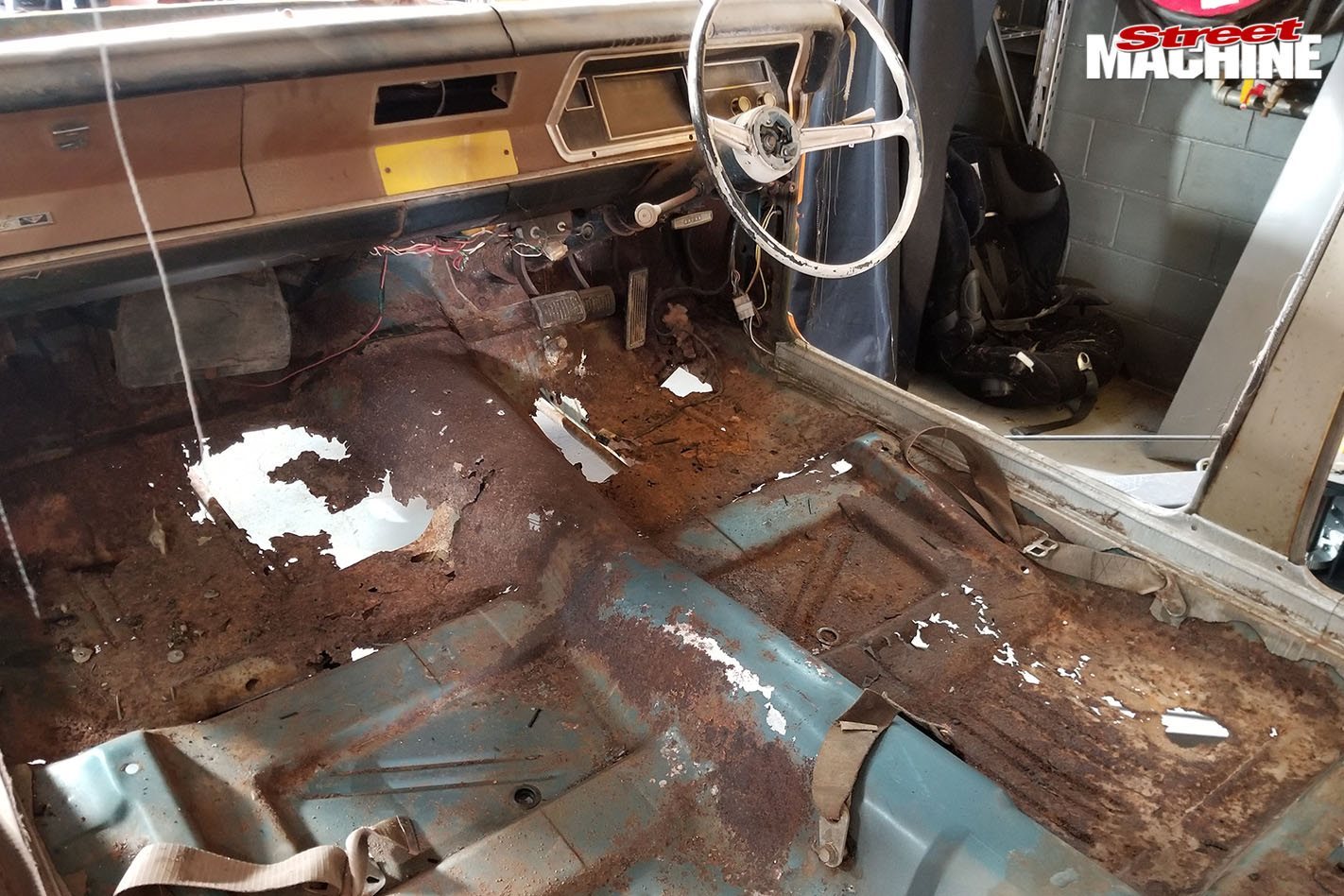 For this project, the crew have been kitted out with a variety of Rust-Oleum Motospray products to set the Valiant right. They’ve already had a serious workout pulling down the front end and providing the guards with some much-needed TLC in the last episode.

For part two, it was time to continue the seek-and-destroy mission around the crusty Chrysler’s shell. As Kian stripped an incredibly dirty crossmember for a session in the bead blaster, Scotty fired up the plasma cutter to remove what was left of the original floor pans. Judicious application of a wire brush revealed even more rust, including some in the firewall and chassis rail. It wasn’t all bad news, though, with a test fit of the replacement floor ending in smiles. 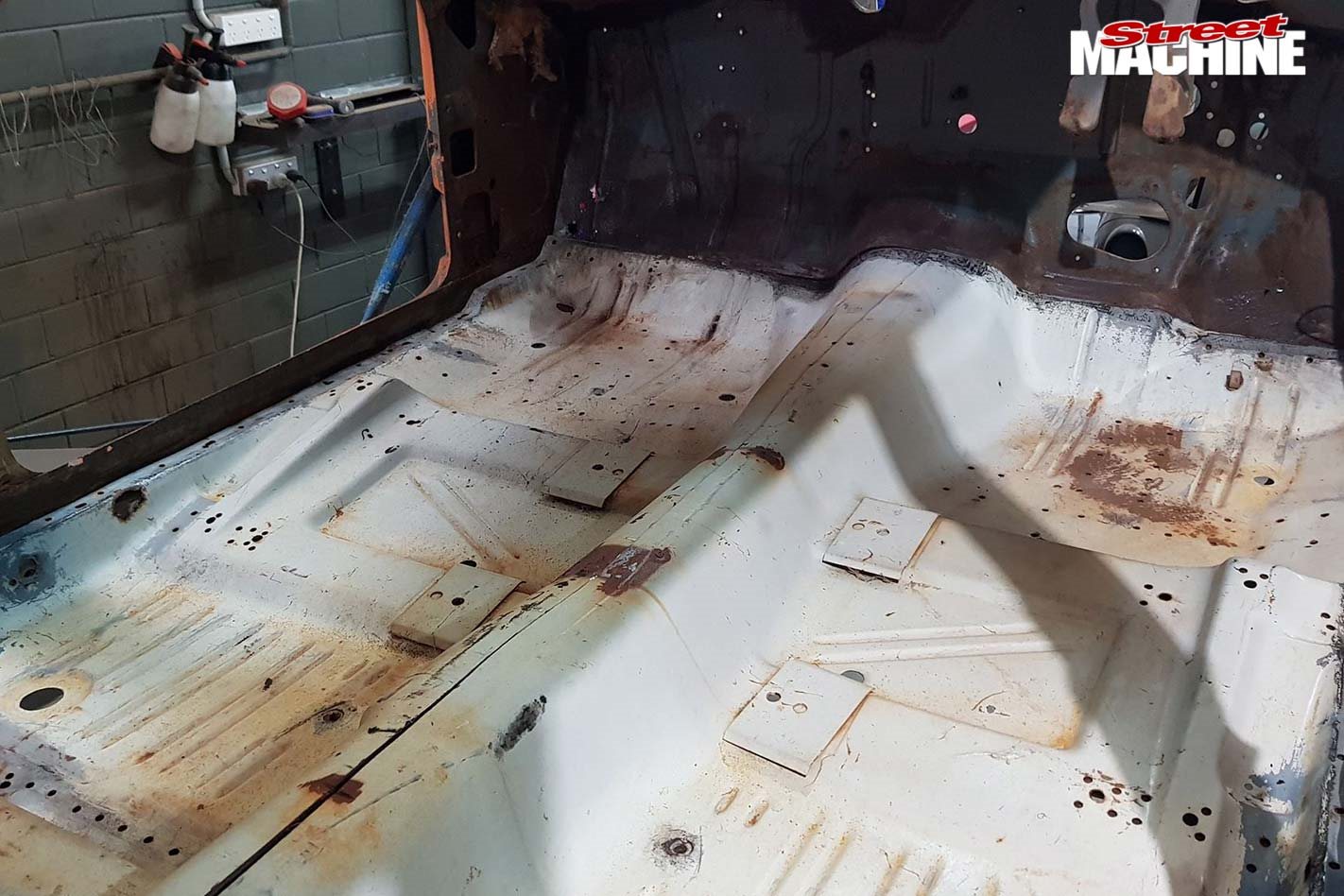 With the front of the shell cleaned up and some new metal welded in, Scotty applied a liberal coating of Motospray all-in-one rust convertor, primer and sealer for a tidy black finish. Meanwhile, Kian’s crossmember received a fresh coating of primer. 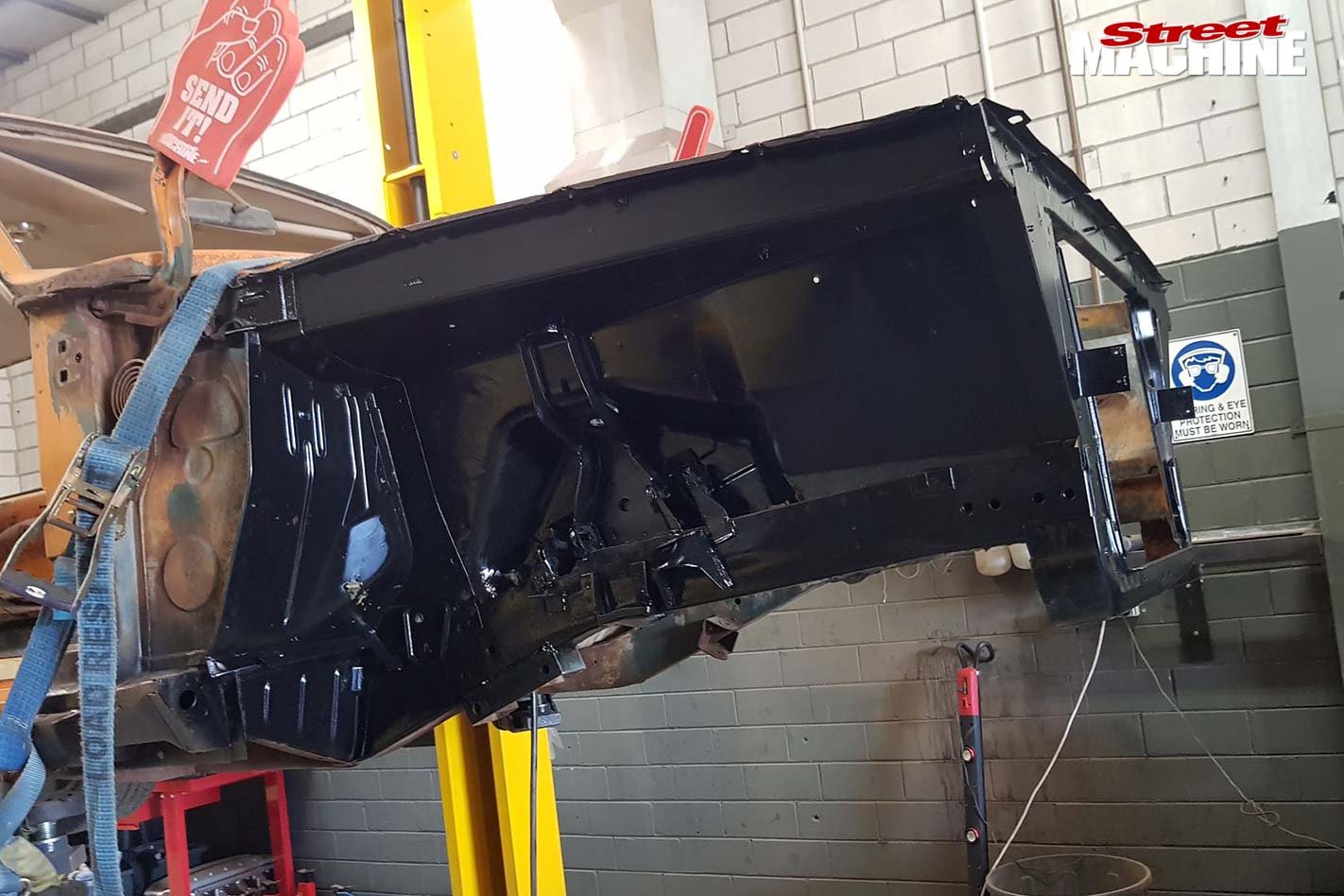 There’s still plenty to do on this car in terms of body work alone, so stay tuned for more Valiant action courtesy of Carnage and Rust-Oleum! 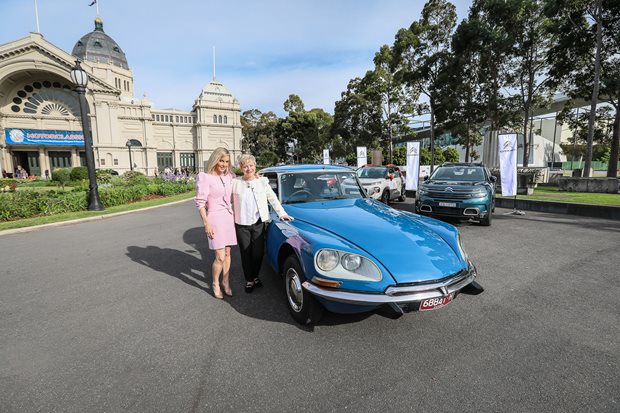