SCOTTY is currently in America covering Hot Rod Drag Week – it’s like our own Street Machine Drag Challenge which you guys have seen the Turbo Taxi compete in, only Hot Rod came up with the idea first and it’s even bigger. This year eleven Aussie teams have entered the event, and before it has even begun two have been knocked out with their cars caught up at US customs.

The other teams consist of Aussie-born US Top Fuel pilot Richie Crampton in his ’57 Chev wagon – now powered by a Top Alcohol Funny Car motor, Harry Haig in the Aussie Chevelle, John Faraone in the low seven-second Valiant Charger, Street Machine’s Mark Arblaster in his POR440 turbo LS Valiant, Brian Jensen in his Torana and Jamie Farmer in the Mustang after his Falcon ute was stuck at customs. Robbie Abbott is in the Malibu Stacey wagon, Ross and Brenton Gault are in their brand new ’55 Chev sedan and Ben Neal known from Mighty Car Mods is in his Barra-powered Toyota Cresta.

While the teams were all making their way to Atlanta, Georgia, for day one of the event Scotty took some time out to indulge in some of the things that make America unique – such as shooting big machine guns. 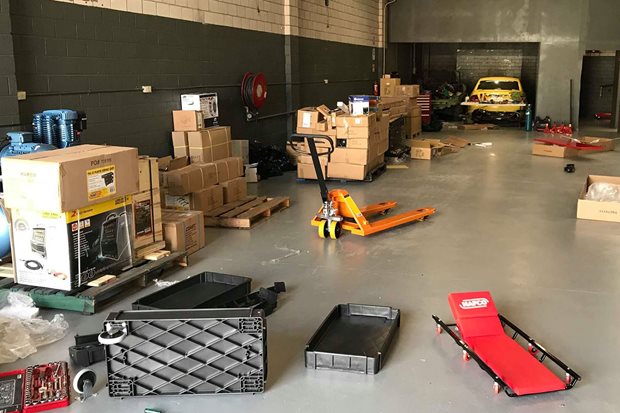 We get our new workshop equipment – Carnage Plus

We unwrap a whole bunch of goodies for our new workshop