EVERYONE has been dying to see us do a Holden versus Ford battle on Carnage, so we recently purchased a couple of brand-new second-hand junk project cars from our good friends at GraysOnline – two of the finest Australian-made cars ever to roll off their respective production lines: an AU Falcon and a VT Commodore.

But we didn’t get just any old AU and VT; the AU is a bonafide sports sedan – a manual XR6 with VCT – while the VT is a luxury-cruiser Calais with a 5.0-litre iron lion V8 under the bonnet. Collectively these two future classics owe us less than $3000, and we plan on having a heap of fun modifying them both and putting them head-to-head.

Our new workshop! - Carnage Plus

However, before the real fun begins, we need to make sure these two junkers are healthy enough to cop the abuse we have planned. So they need servicing and a fresh dose of Valvoline oil. Thankfully both cars actually had oil in their engines; even if it was pretty black, at least there were no shiny bits of metal to be seen. Both mills appeared to be in pretty good shape.

Well, the Commodore’s was. The Falcon ran a bit rough, which we suspected was due to an old ignition system, so Scotty replaced the plugs and leads, but it still didn’t fix the issue so it may be down to a dud coil.

Stay tuned as we pit Ford against Holden in a six versus eight battle royale, and we’re even bringing in some familiar faces to help out and really get the party started. This is going to be fun! 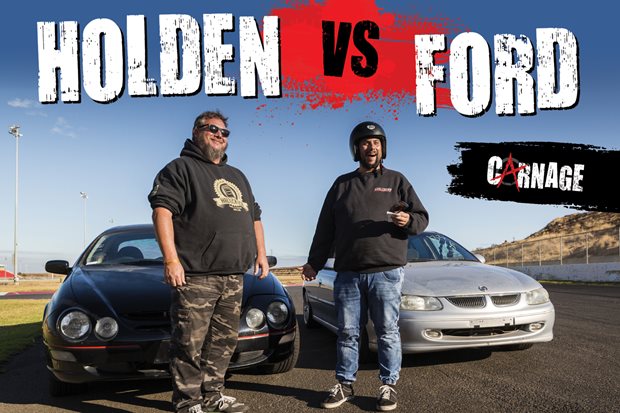 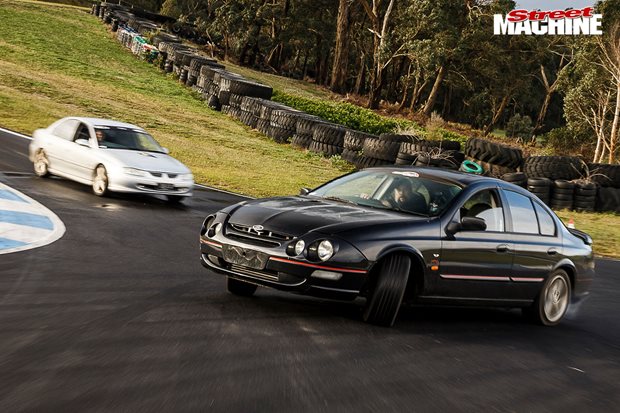