The mighty Swedish brick finally gets a bulletproof auto in a bumper instalment of Carnage!

WE HAD grand plans to bring our very own Trolvo and Supermang to this weekend’s epic Summernats Slam in Sydney and light up both Skid Row and the quarter-mile in Carnage’s dynamic duo. 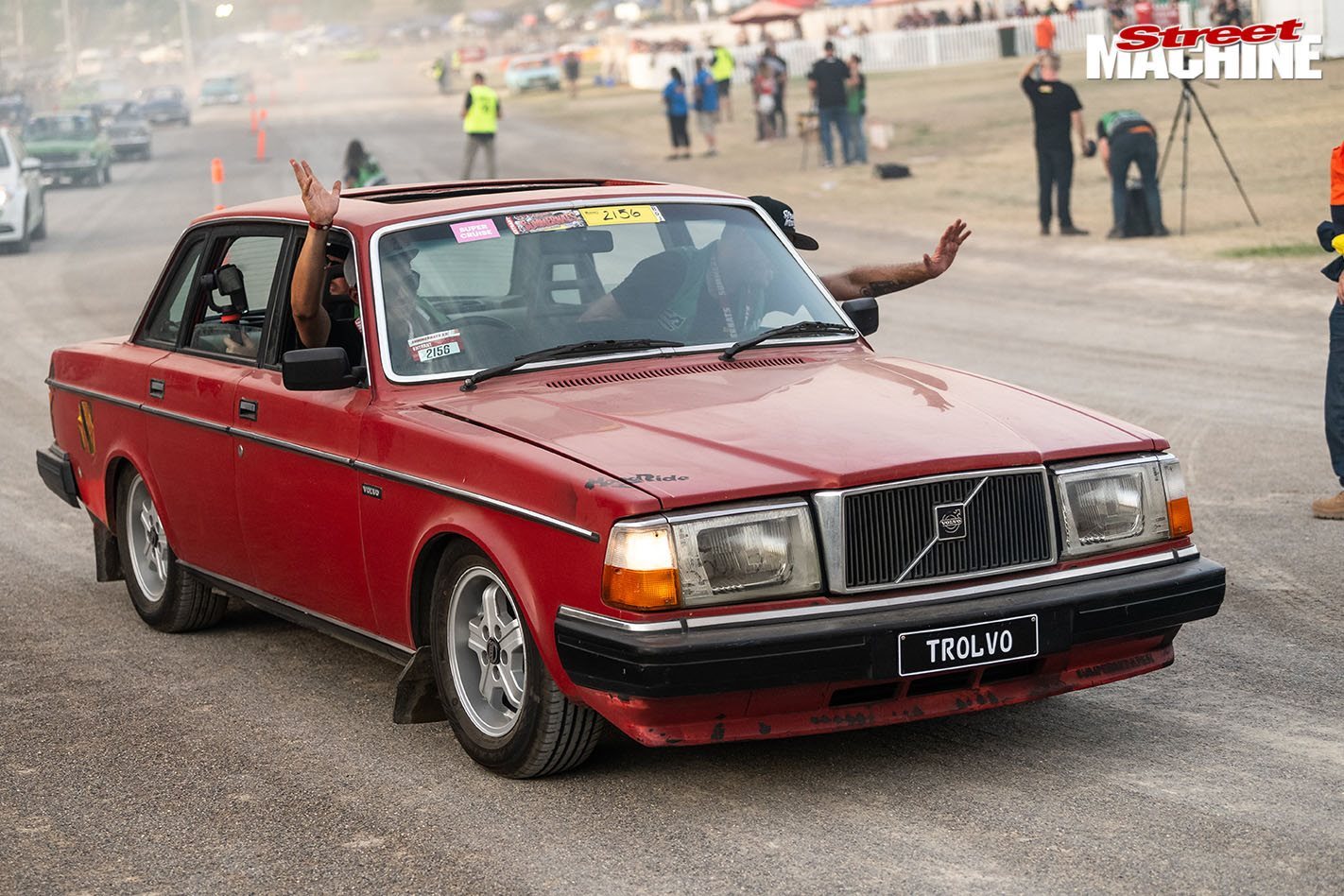 Sadly, the world had other plans, with the latest round of COVID-19 border closures keeping Scotty and the gang cooped up in Victoria. Though it’s a disappointing way to ring in 2021, it’s meant more time (and less pressure) to get the 1JZ-powered Swede running how we want it.

More specifically, it’s time for a gearbox capable of handling all the neddies offered by the boosted Japanese six.

Having already chewed through a couple of unfortunate Toyota A340 transmissions, Scotty decided it was time for something a little beefier, in the form of a transbraked, AllFast Convertors-built Turbo 400. 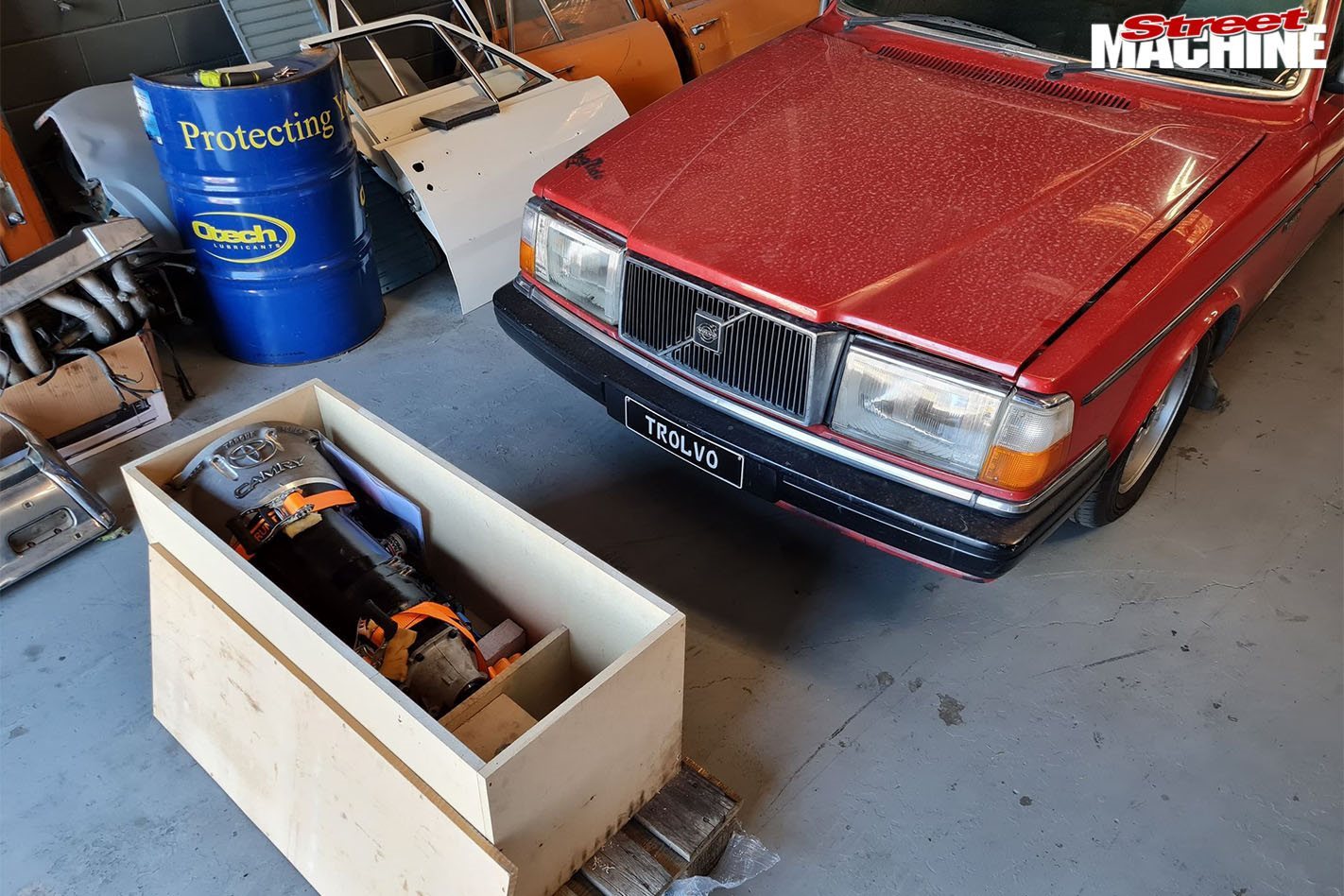 Simon of Allfast is also responsible for the bombproof Powerglide used by our Mazda in both its MX-5.7 and Lightning McBarra incarnations. It’s been one of the most reliable aspects of the car, so we know this TH400 will handle whatever we can throw at it.

With an all-new auto being slotted into the car, the tailshaft required a new yoke. While away for modification at GJ Drivelines, the tube was found to be bowed. Nobody likes a bent shaft, so the boys got to work on a new unit while Scotty installed some unchopped springs on all four corners.

After some more fitting work, fresh fluids and a quick test drive, Scotty is finally satisfied that the car is putting down power across all four forward gears – a feat that seemed impossible across multiple A340s. 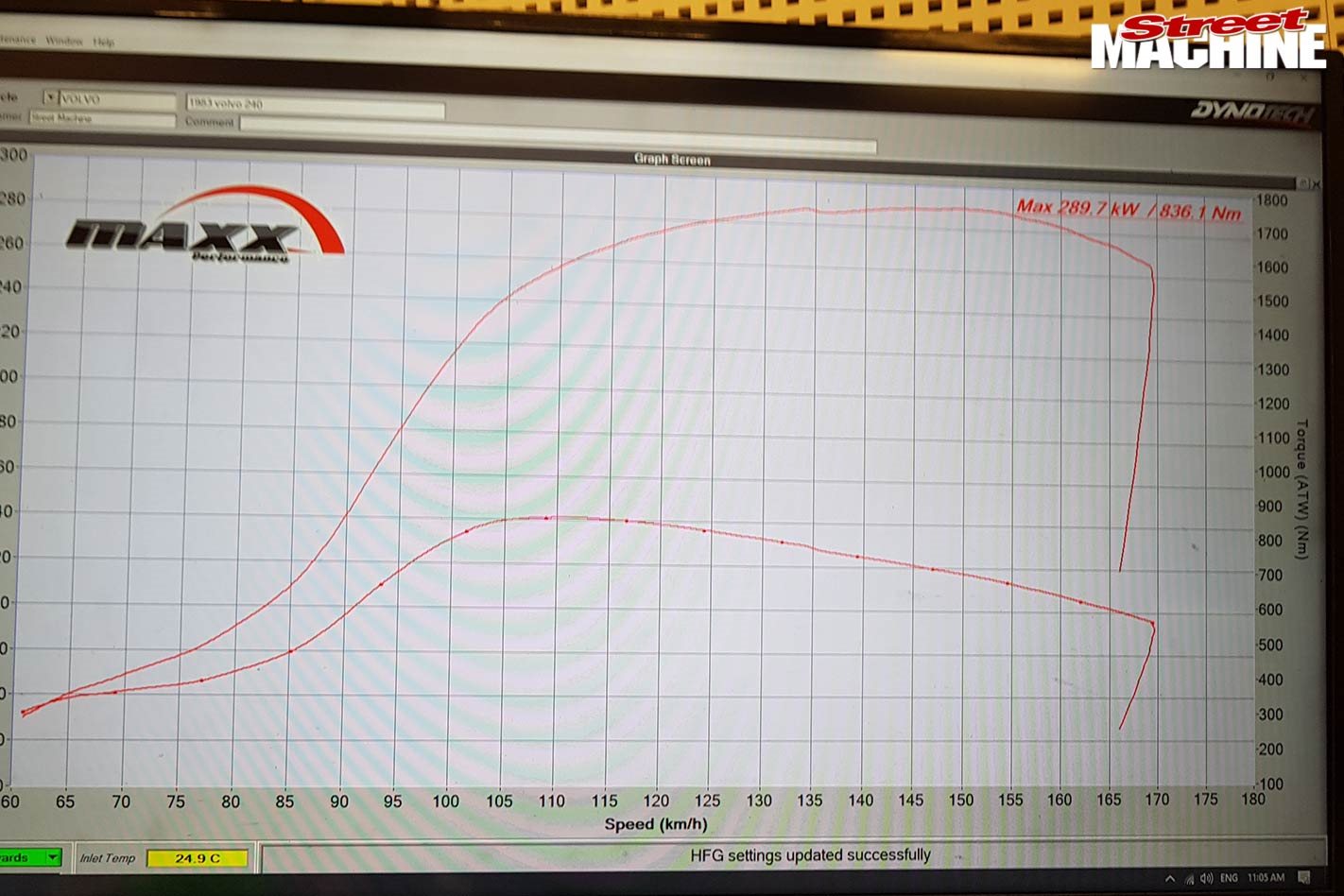 Check out the video to see the newly TH400-equipped Trolvo on the dyno and making big gains!